A fungus that literally looks like a dead man’s fingers.

The world is a global village, all thanks to globalization. And major efforts to make this possible were and are still being made by the Internet. The Internet is a vast space where you could find anything. And within the internet, social media is a platform that connects all of us together. Now there are many damages associated with that as well, but that is a discussion for another day.

You see many things on platforms like Facebook, Instagram, etc. There are groups, and accounts made, out of which the majority are totally useless, but some do successfully manage to grab a scrolling user’s attention. It’s mainly the uniqueness of the title that makes us want to dig and discover more.

Out of the interesting groups that would certainly attract anyone is a Facebook group called Mushroomcore which posts experiences, stories, and photos of unique-looking fungi. The interest of people in fungi is proven by the fan following of the group. The group has approximately 65,000 followers.

But the fungus we are going to talk about today could give any fan a big shock. This unique-looking fungus is scientifically called Xylaria polymorpha. And in simple terms, which makes the whole thing very creepy, it’s called Dead Man’s Fingers. Yup! You read that right.

A member of the group, Regan Daniels, who definitely has a thing or two about crazy-looking fungi, posted a few pictures of this fungus and said, “Saw this Dead Man’s Fingers (or toes in this case) fungus that I literally thought was a Halloween decoration!” 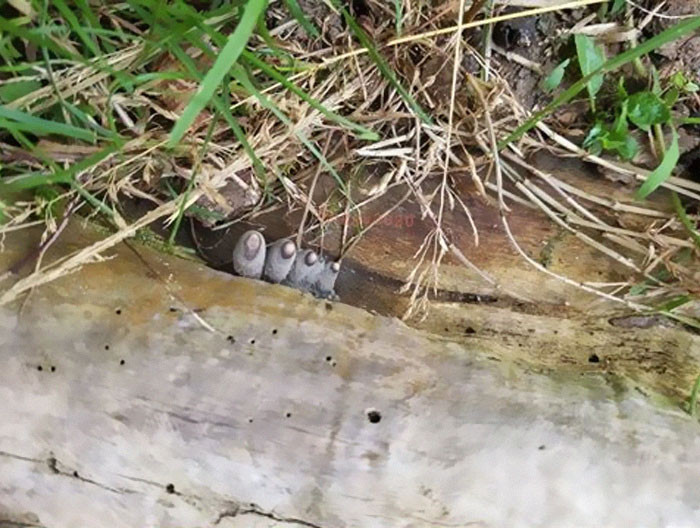 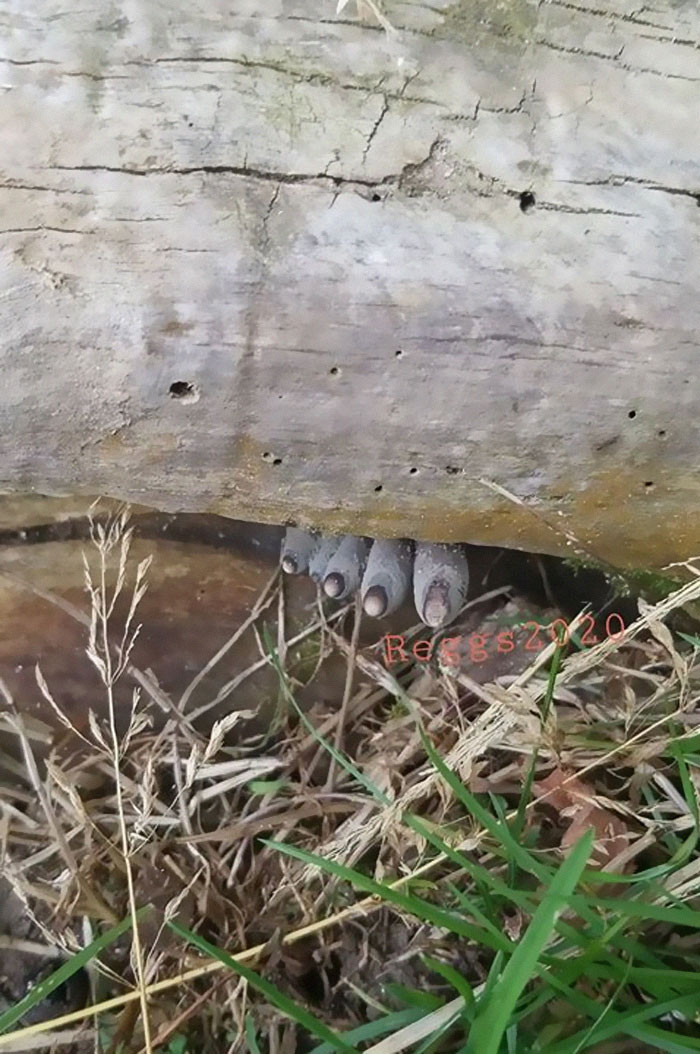 When you spot such a thing, you want to say it’s fake but it’s right there before your eyes, and your creeped out self has to believe that it is a real thing.

In an interview with the Bored Panda, Daniels said, “I found the mushroom in Western North Carolina in the United States at a park that I frequently go to. The walk is nice [and] it’s next to the French Broad River so there’s a lot of good scenery.” 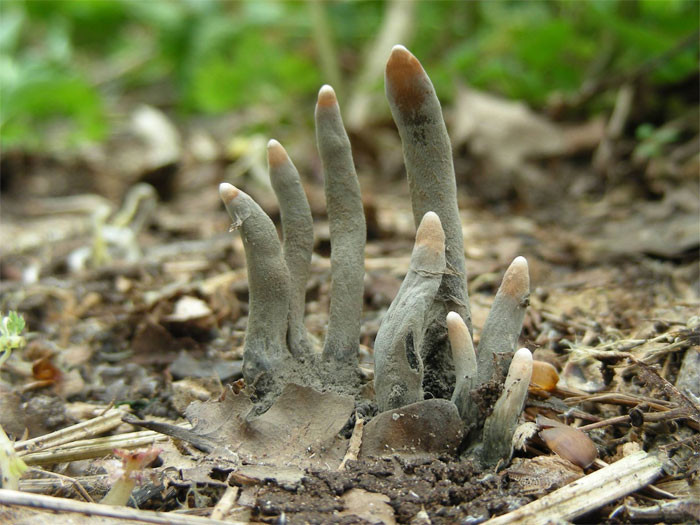 Daniel noticed that the fungus was growing from a stump.

No wonder why anyone didn’t touch it. But you don’t always get to see such creepy fungi in parks, like this one. For a fungus lover, this must be a very lucky day. 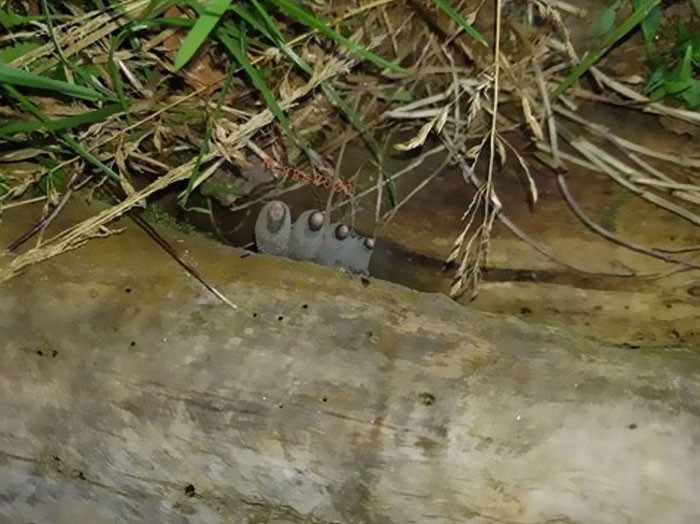 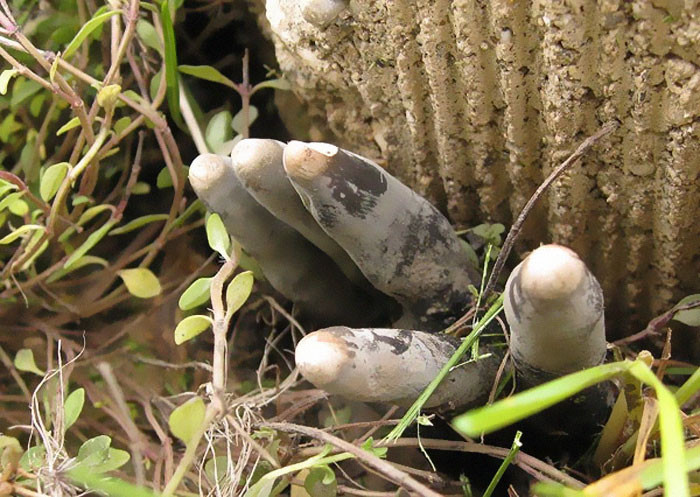 The fungus normally appears in tufts of 3 to 6 finger-like shapes that slightly bend as they grow, which makes them look like knuckles. Dead man’s fingers are a very common fungus in England and Ireland and other parts of Europe. They make appearances throughout the year at the bottom part of beechwood stumps, or at times, on buried hardwoods.

But this is not the only creepy fungus out there. Here’s the Devil’s Urn Mushroom, an equally creepy and disturbing fungus. 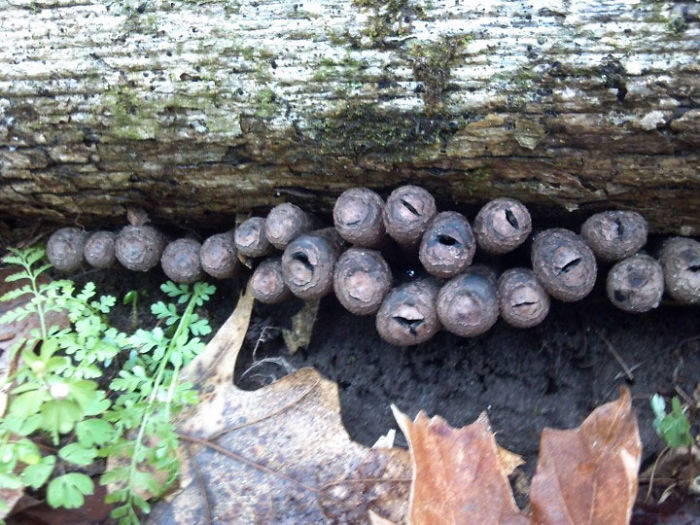 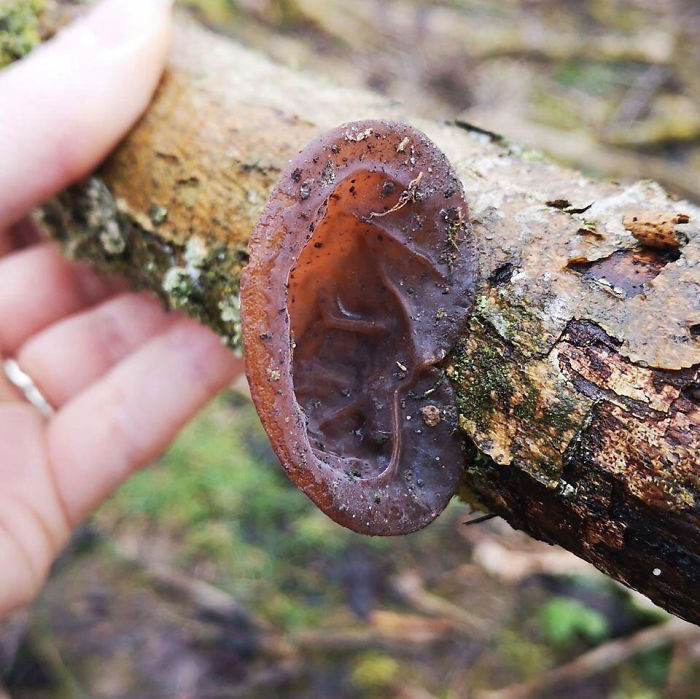 Today’s generation finds It very hard to keep their thoughts to themselves, courtesy of the social media platforms.

The internet was quick to react to the Dead Man’s Fingers and here’s what they had to say.

I am not going to lie one bit, this was not easy to read about, I know. Honestly, the number of times I almost puked looking at that fungus made it really hard. Such a disturbing-looking fungus. One thing is for sure, never am I searching ‘fungus’ on Google ever again. Thank god I’m doing a degree in Business.

What are your thoughts about this fungus? Share them in the comments section down below.