Pets and drama go side by side.

Our adorable pets own a piece of our heart and anything they do feels like it’s our own biological child doing that thing. THei happiness, sadness, joy, pain, every emotion impacts how our day goes. And they realize that. They understand how important their presence is to us. So much so that our cute, innocent pets have developed a habit from their owners. You must have watched some TV shows in your life. Game of Thrones, The Grand Tour, The Office, Friends, the list goes on and on. I get overdramatic when a suspenseful scene comes on. And that’s exactly what these pets have been doing. Pet animals have been devoting their time to soap operas and the way they react, so dramatically, they could easily get a break in Hollywood. And the drama then gets carried forward to real-life situations as well. When they want food, when it’s time to go for a bath, when it’s time to meet the vet, or when they want attention, for example.

Here are some hilarious images of overdramatic pets who probably have been watching way too many soaps these days.

Scroll down below for some hilarity!

1. “I made him go poop in a rainstorm. We got inside, he threw himself into the towel, and has been wrapped for 20 minutes.”

That’s his way of showing disapproval. And to be fair, that was kinda mean. One should always get to poop in a peaceful environment, not a bloody rainstorm! 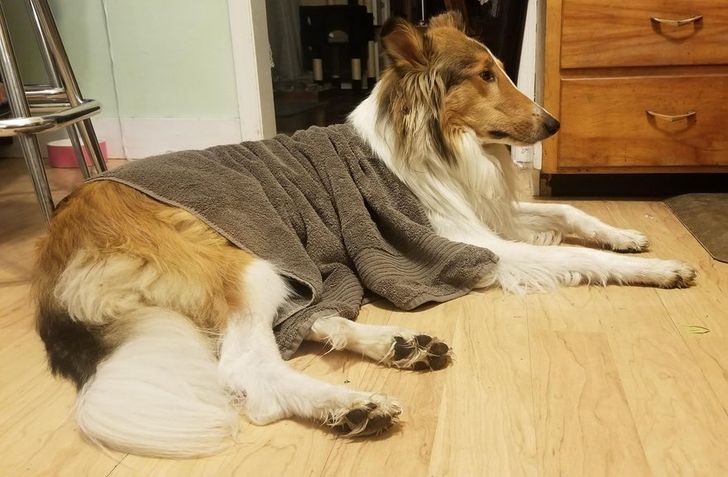 2. “My dog feels about cats the same way I feel about humans.”

Poor doggo has seen a ghost. 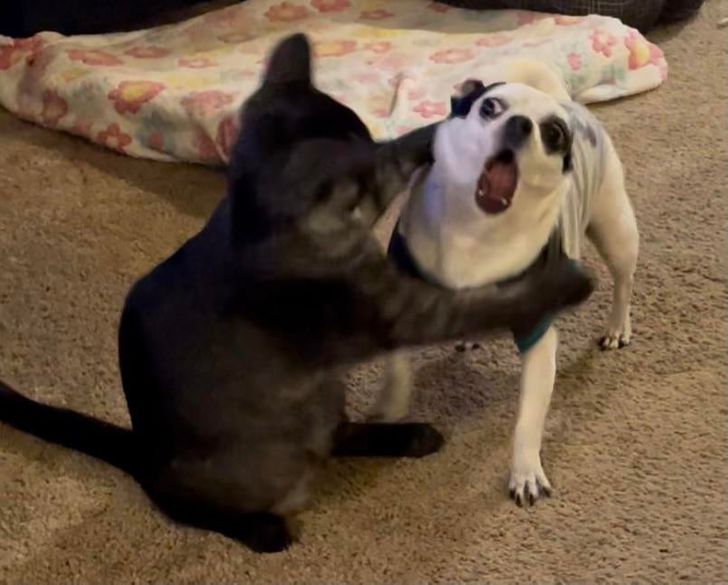 3. “Our new kitty plays dead in the morning if I pee before feeding him, lol.”

Am I dyslexic or did I just read that the kitty places dead whenever her owner PEES before feeding her?! My god, too much drama. 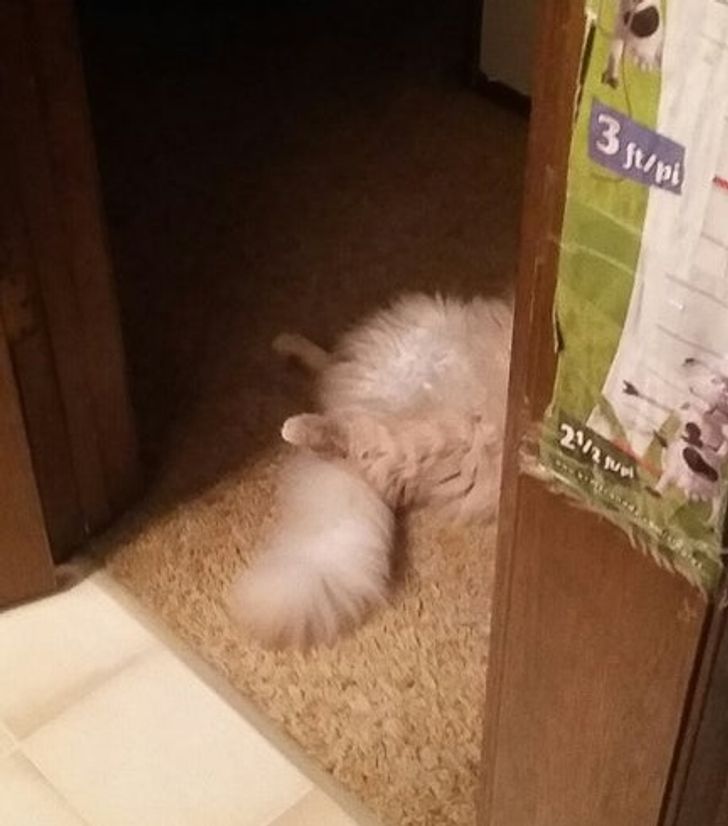 4. “We’ve only had our puppy for 2 weeks, but our chocolate lab is already worn out…” 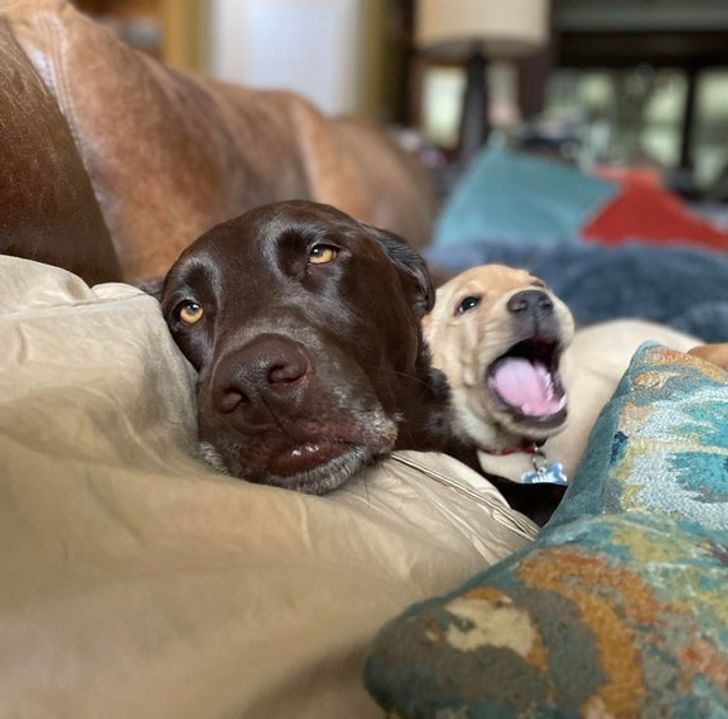 5. “He plays with his food nearly every time he eats.”

That is actually very cute! We all have our likings and dislikings. Damn, I sound so biased, lol. 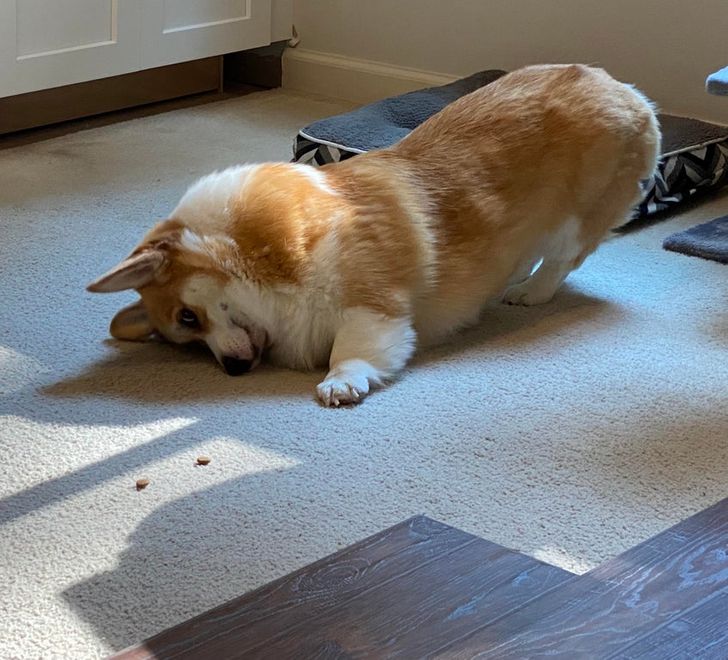 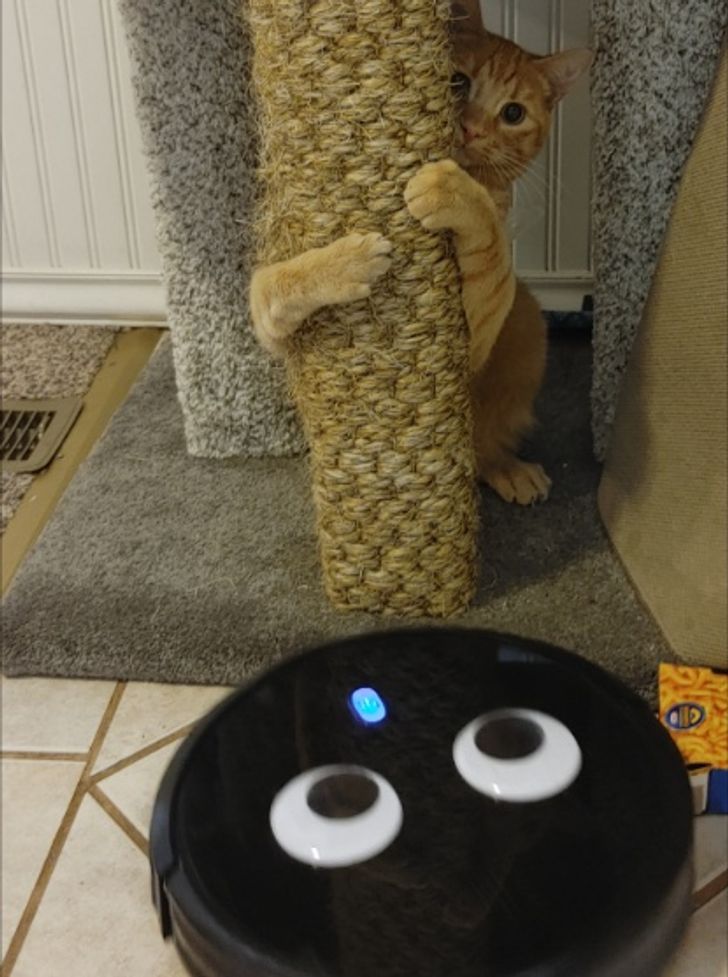 7. “Melvin demanded a walk. Then this happened. I had to carry him home. He’s fine, he’s just a drama queen.”

When you forget to recharge the leg batteries last night. 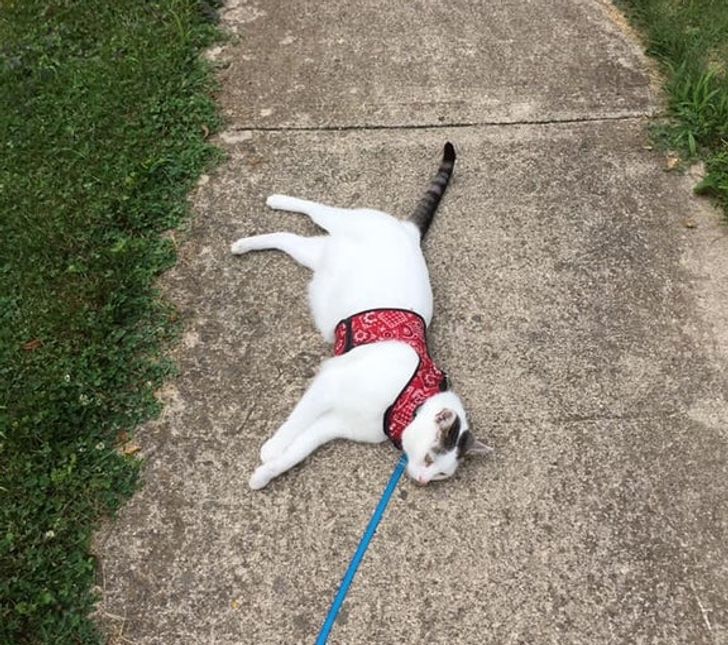 8. “My pup wearing his bowl as a hat in protest of crate time.” 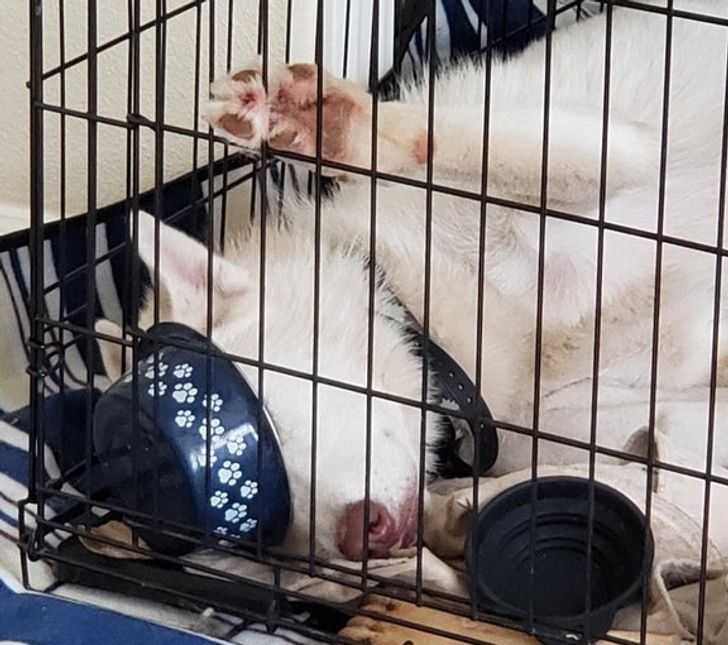 I think I can now confidently say I have seen everything in my life. I think I also have developed a new funny desire for myself; watching dramatic pets being extremely melodramatic over situations that aren’t even too crazy. Their reactions are so hilarious and I love them all. I hope you guys are having a good time as well.

Scroll down below for some more drama!

9. “Whatever this dog is going through, I feel it.” 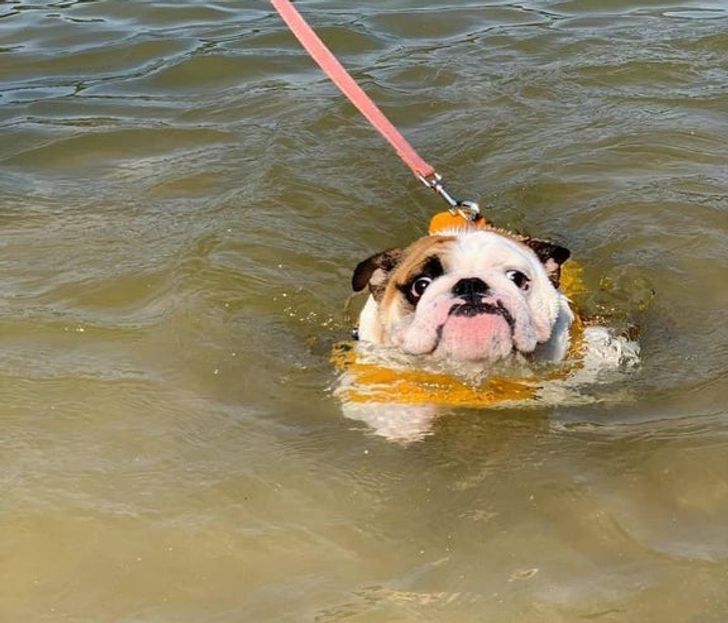 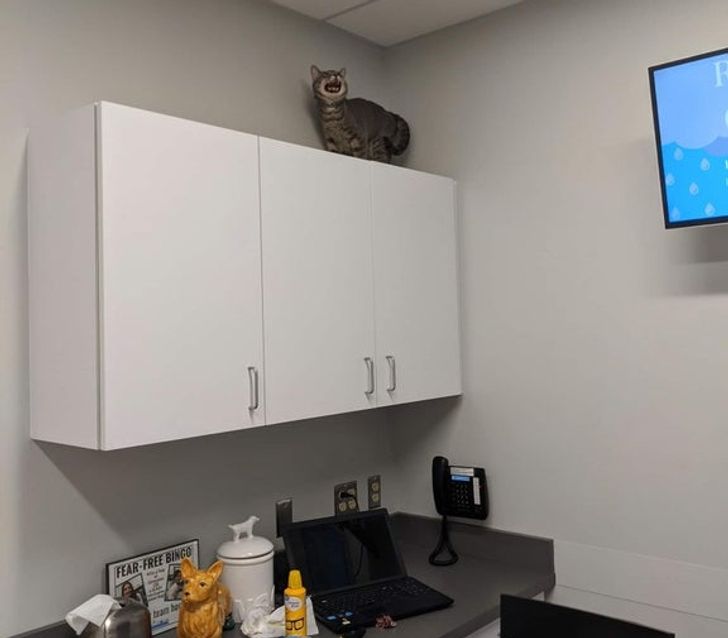 11. “There are two types of dogs in this world, and my parents have one of each.”

That white doggo is my spirit animal. 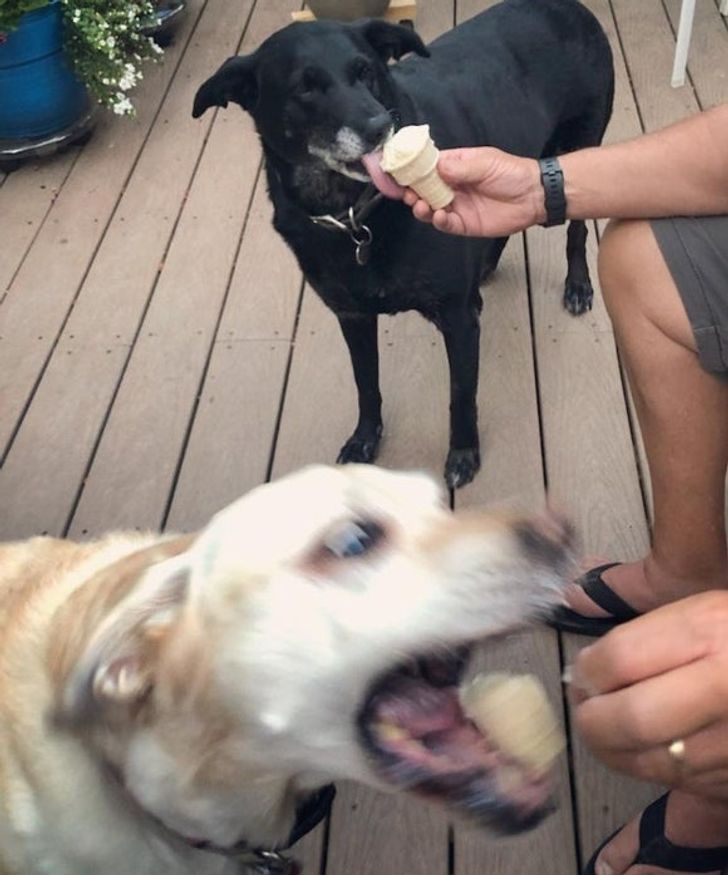 Why does it feel like Fizzy has just entered another universe and now knows everything. It’s just snow, kitty. Stop doing that dramatic thing with your eyes. 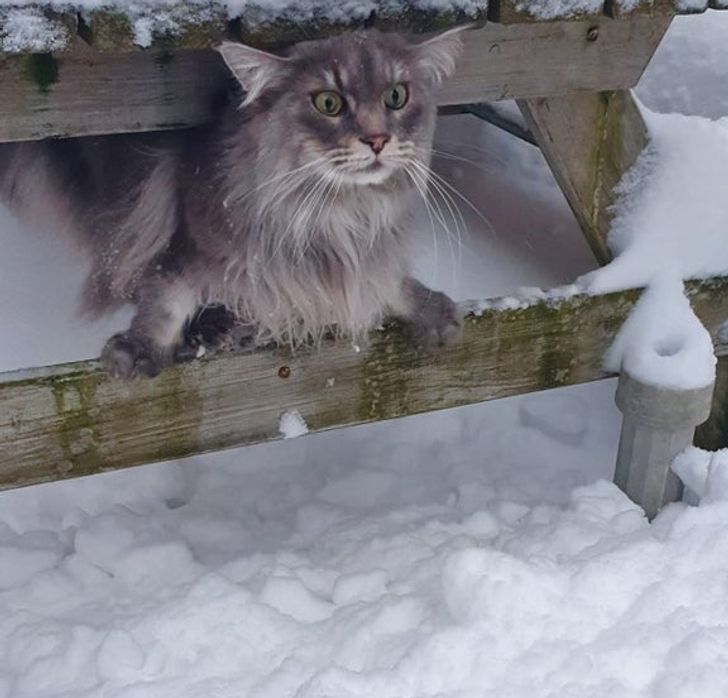 13. “The face my dog makes when begging for food.”

As if its life depends on it. It kinda does. But you get my point. 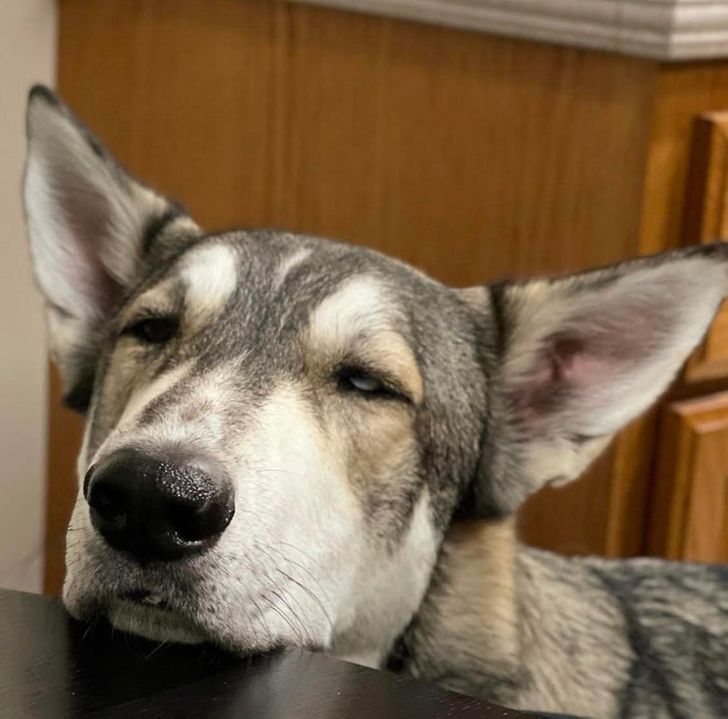 14. “We adopted a dog a few weeks ago, and the cat is finally ready to hate him up close.”

Do cats not consider dogs as pets? Because of the way this cat is reacting to that dog’s presence, it seems like either it is disappointed at its owner or maybe it is jealous because her 100% attention is about to drop to 50%. Guess who’s the real winner here? 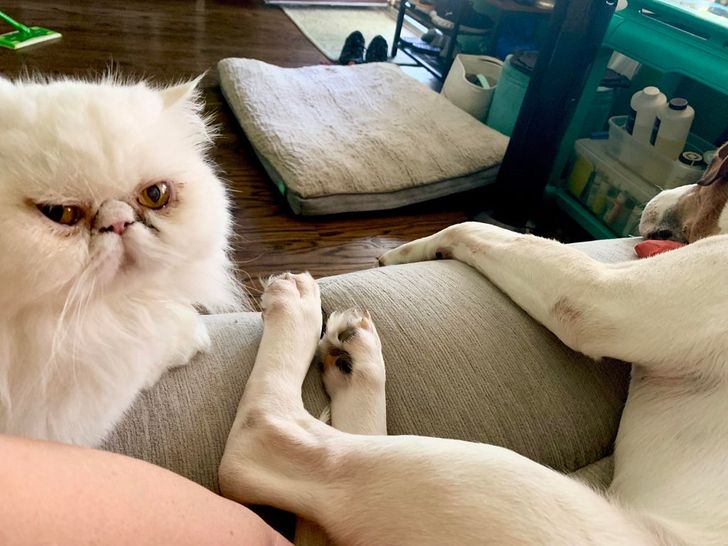 15. “I’ve never felt so judged for taking too many pictures.” 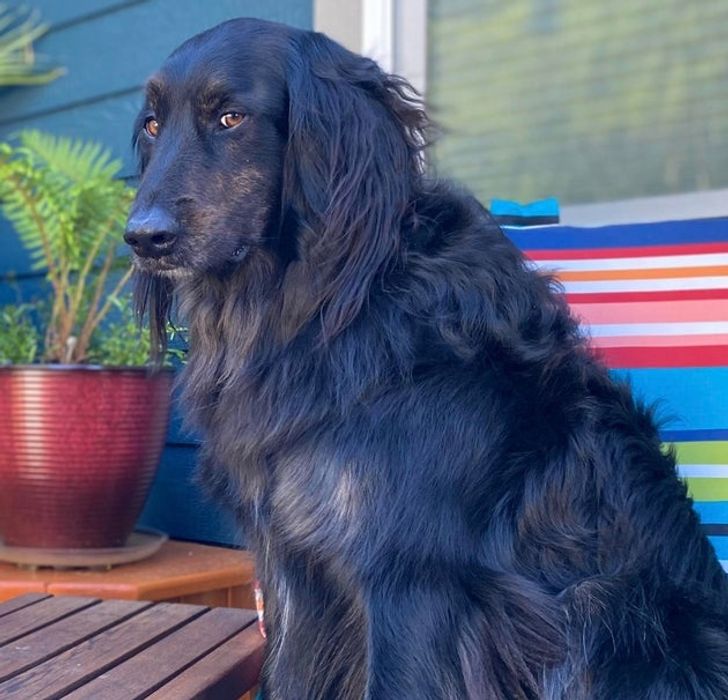 16. “My daughter moved his stairs and forgot to put them back. He is not amused.”

You had one job, human! 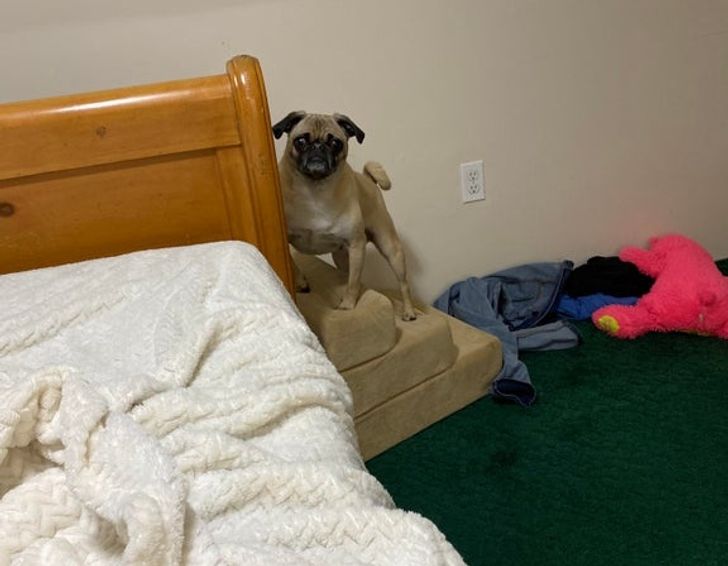 Wow, my belief in animals being just like humans just got stronger. I love animals and no matter how crazy they get, the love for them only increases. It’s like a growing perpetuity. Never going to stop.

I really hope you guys had a nice laugh at these animals being dramatic. Honestly, I facepalmed a couple of times and I know you did too. Don’t forget to share your thoughts in the comments section down below.