Every person has boundaries.

Even if you are in a  relationship, that does not mean that the rules don’t apply to you when it comes to boundaries. Relationships may seem like a fairytale in the movies but in real life, they require a lot of hard work from both sides to work and even then it is not a guarantee. However, the simplest way to make sure everything is smooth sailing is usually a lot of communication and being honest with your partner even if you did something wrong.

However, for some people, it is all about control when it comes to a relationship. They need to feel in control all the time and will throw a hissy fit if things don’t go their way. We have already seen hundreds of Reddit stories where one person is doing something repeatedly that their partner doesn’t like and it never ends well. Now I am not saying that listening to your partner is always the ‘right’ thing but talking about it and coming to a fair conclusion is the way to go.

That is something that was not able to happen in this particular scenario. So just scroll below to read the story for yourself.

The title makes it sound like it is the guy’s fault but the story is more complicated than it seems. 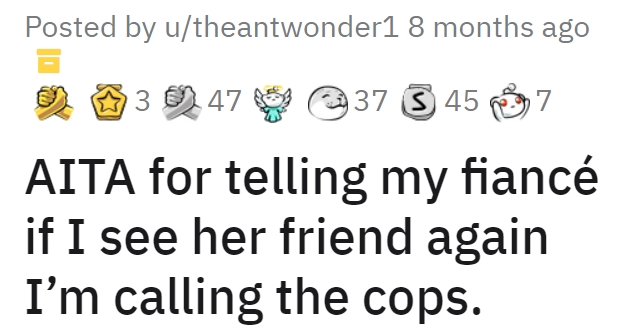 We start off with some groundwork that will help us understand his side later on. 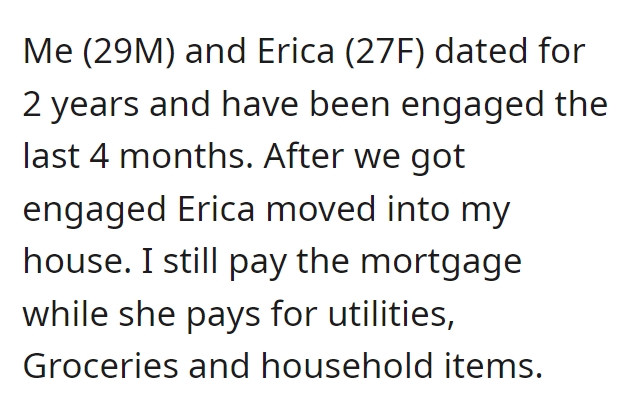 Their relationship was going well enough that they were even engaged. 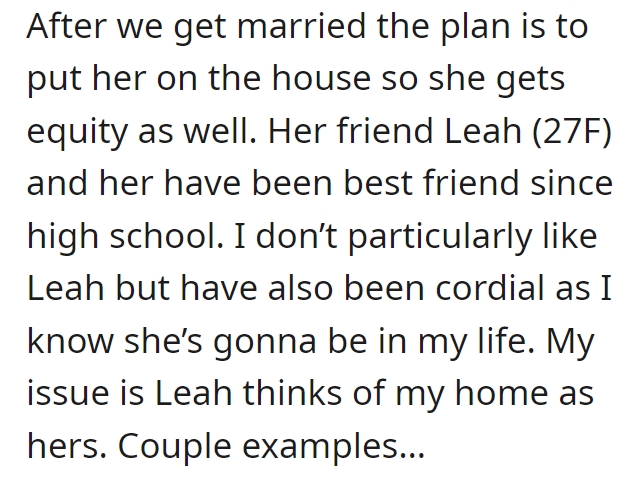 But the biggest thorn in his side was her best friend who always showed her entitlement. 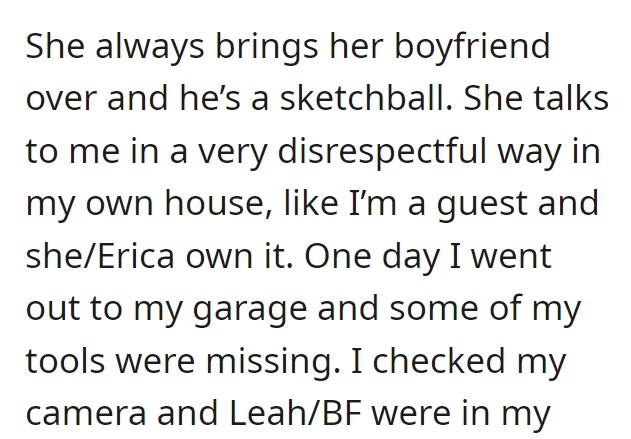 She acted like she owned the house and disrespected him multiple times. 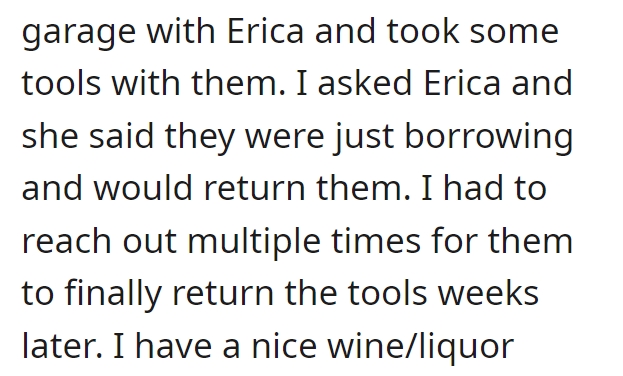 Not only that but she was essentially stealing a lot of stuff too. 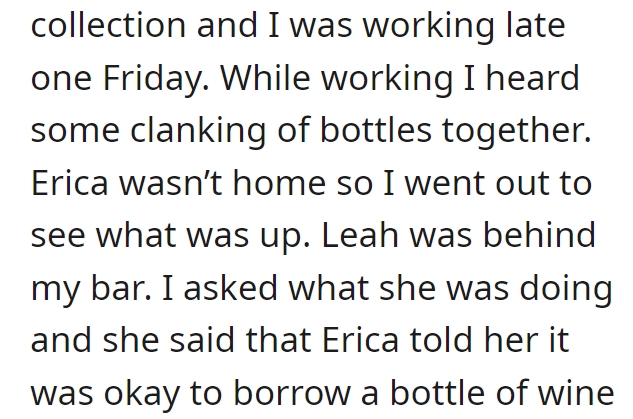 After all, borrowing something is when you do it with permission which is not the case here. 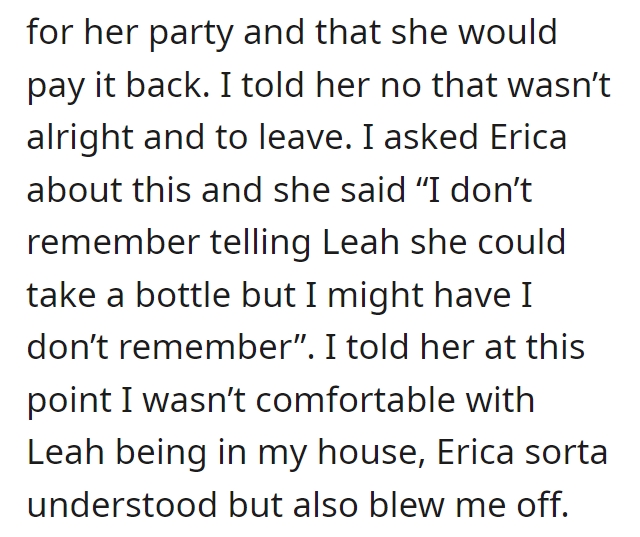 This is when he had enough and he decided to talk to his Fiance again.

Now the Fiancee clearly tried to backpedal out of the situation and blamed it all on her friend. 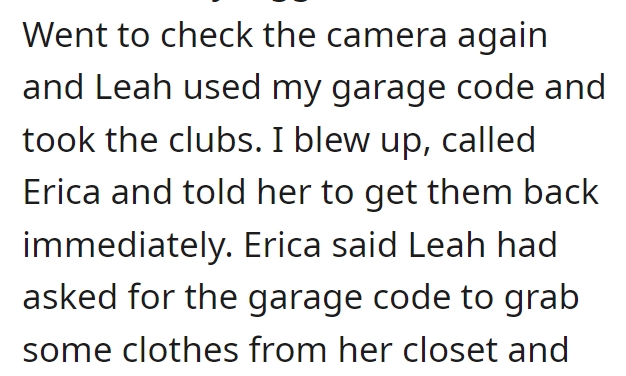 He tried talking to him again but she wasn’t having any of it. 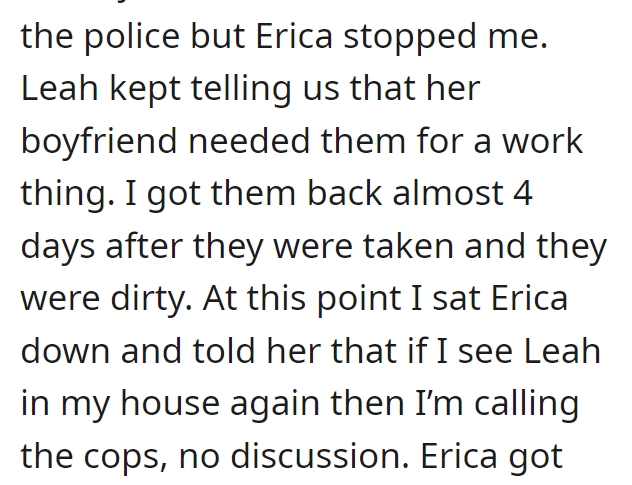 She was also not willing to see his side no matter how hard he tried. 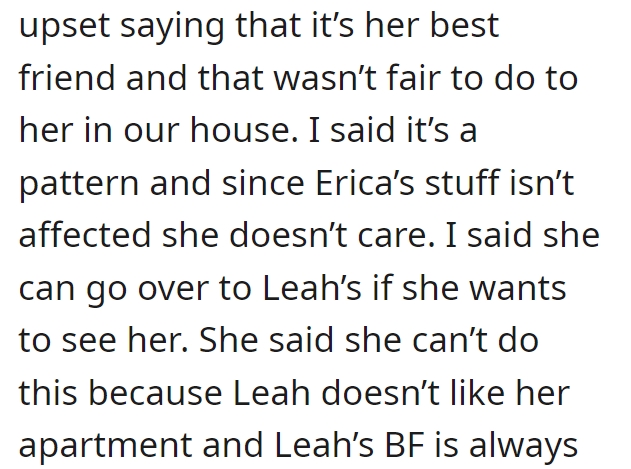 Rather, she decided to give him the age-old silent treatment.

As you can imagine, people in the comments were confused when it came to his Fiancee’s behavior. I mean, did she not see anything wrong with her supposed best friend’s antics? Was she giving her permission and then lying to this guy? I honestly don’t know but most people in the comments advised this guy to call the wedding off as Erica clearly didn’t respect his boundaries and thought that she could do whatever she wanted. Well, you don’t have to wait to see what happened next as he was kind enough to give Reddit a juicy update.

He started off by thanking all the commenters for making him see the truth. 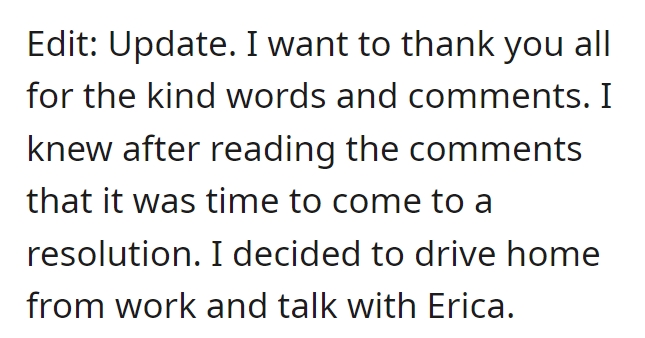 And he decided to take matters into his own hands and tried talking some sense into Erica. 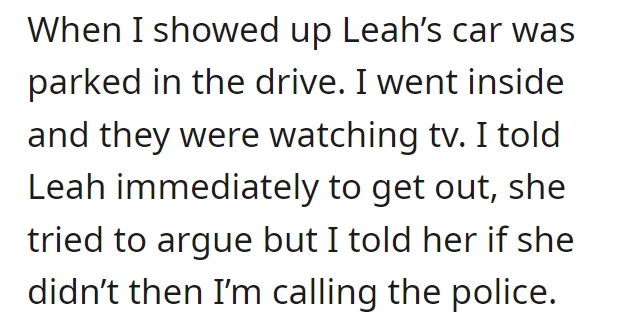 He even went as far as to show her the Reddit comments so she may understand. 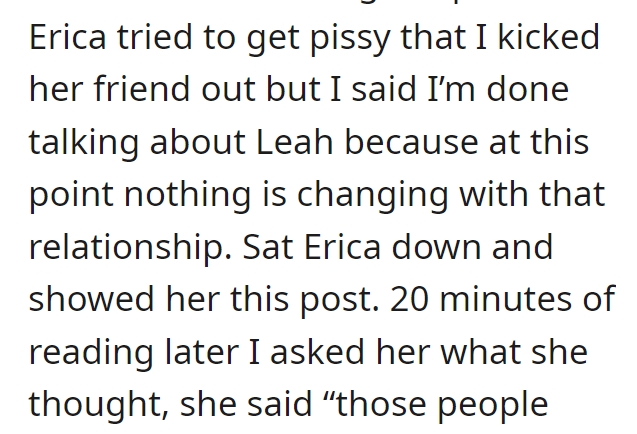 But when she denied everything, he simply ended it with her as that was the only way now. 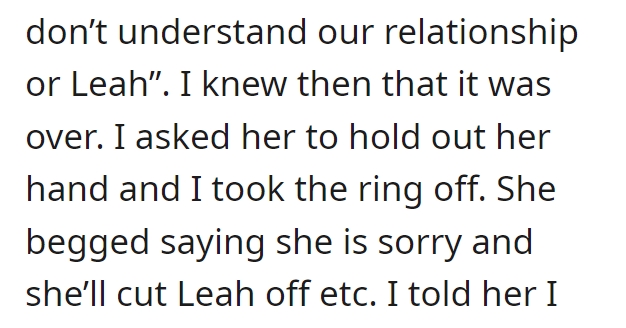 She didn’t take it well but he had made up his mind. 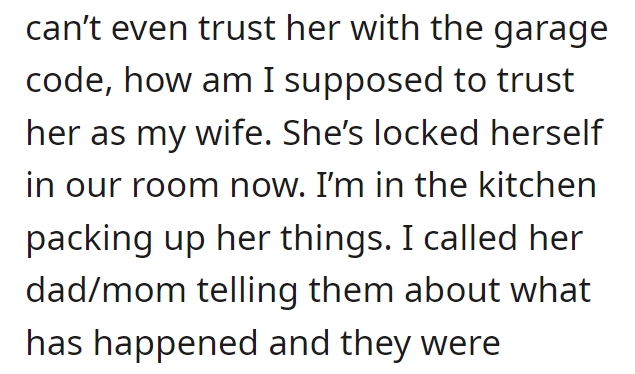 Apparently, even her parents had banned Leah from their house so this is clearly a pattern. 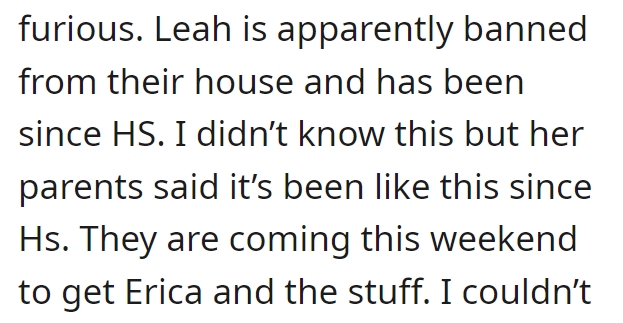 He is feeling much lighter now. 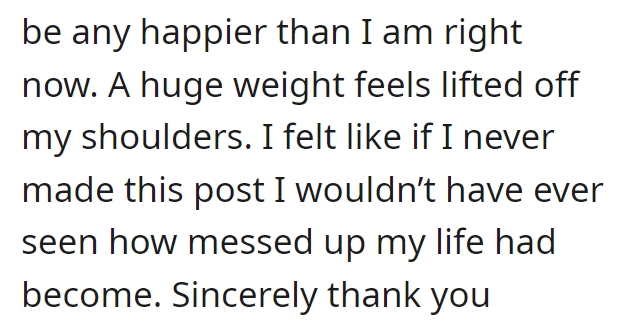 And is excited to see what the single life has in store for him. 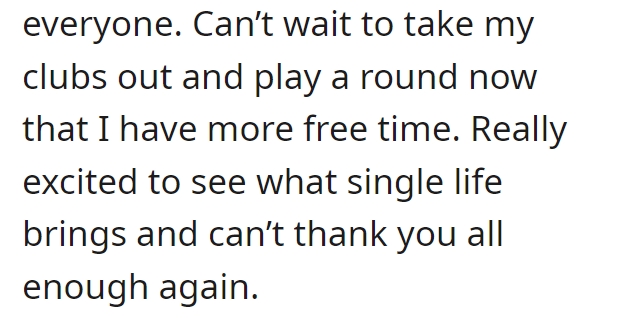 What are your thoughts on this story? Do you think the guy did the right thing by leaving her or do you think he was too hasty? Why do you think her parents had banned her friend from the house in the first place? Comment down below to let us know your thoughts and don’t forget to share this story with your friends so they can join in the discussion as well.