Just like humans, they have emotions and feelings as well. They can get upset. Cats and dogs are very loyal towards their owners and all they ever ask for in return is love and attention. This is why pets are usually devastated if they ever feel abandoned. This is probably why you should never break your pet’s trust. It could break their heart. Some things may seem normal to us, but our pet could be interpreting that in a completely different way. For example, your dog gets sad every time you leave for work, but you aren’t doing anything wrong because you have to go. However, if you are neglecting them on purpose, that is a completely different case. We should never keep pets if we think we might hurt them or may not be able to take proper care of them.

This Reddit user’s girlfriend said he was being mean for “lying” to his cat. That sounds a little funny, doesn’t it? It depends on what she means by “lying” and where everyone draws the line when it comes to morals. For details of the story, scroll down below and decide if the guy is wrong for doing so.

So basically, the cat roams around in their kitchen unsupervised. The guy shakes the cat’s bag of treats to lure him out but sometimes does not give him a treat when he does so. 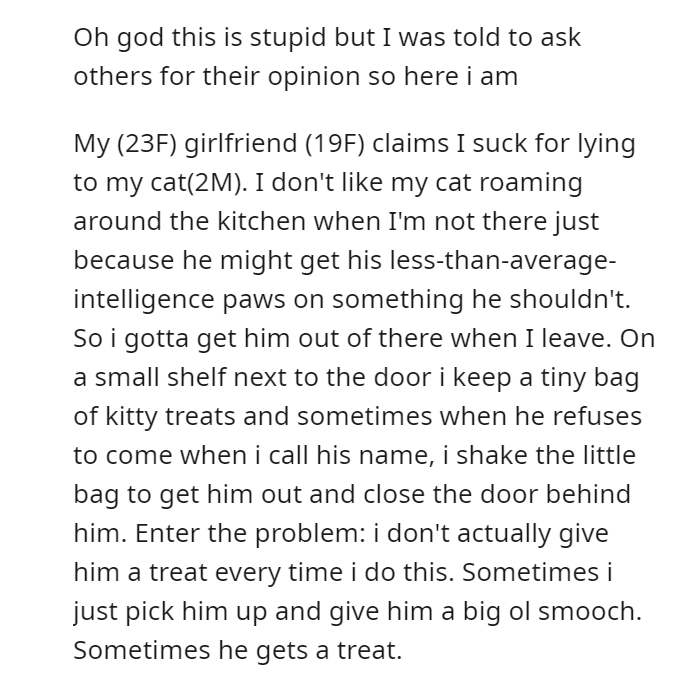 The girlfriend says the guy is being mean to his cat by disappointing him.

She asked him to take other people’s opinion to prove that he is actually being unfair to his cat.

This is why the guy thought he might be in the right:

In my opinion, it really isn’t that big of a deal. The cat probably just instantly forgets about it after receiving his cuddles. However, the guy could handle this differently without hurting the cat’s feelings. He could use a squeaky toy to lure him out, or just reward him with one treat. How much difference would one treat make anyway? At least your cat won’t be sad.

This is how other Redditors responded to the story: 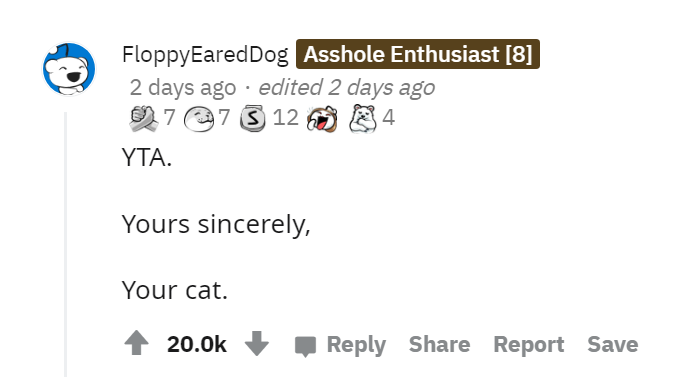 Most of them were blaming the guy for being mean to his cat.

However, one person decided to scientifically explain this behavior. 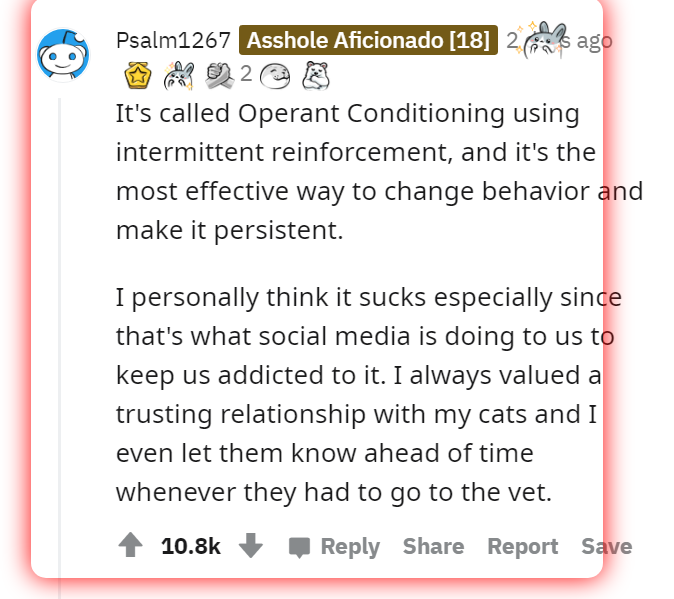 People will go to great lengths to defend your cat, mate.

Some people took the guy’s side, saying there was no real harm done, and suggested that the guy should use laser pointers instead. 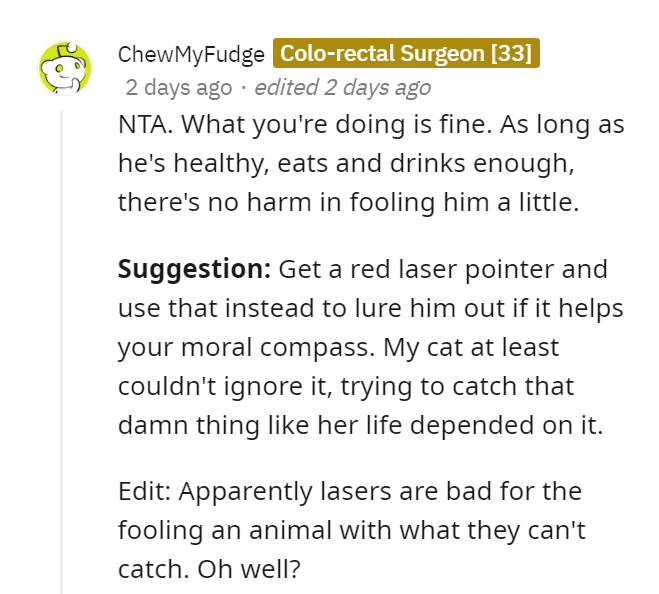 But people replied that laser lights could psychologically damage the cat by frustrating it. 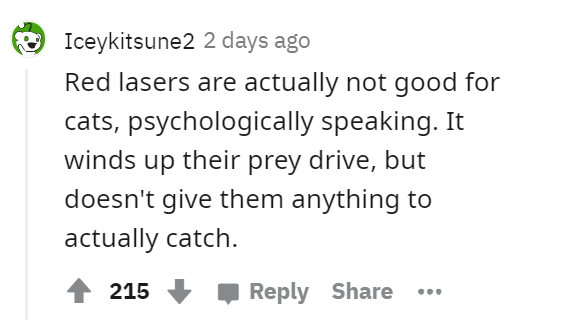 The guy then explained that his cat is half-blind, but he will use other toys to lure him out now. 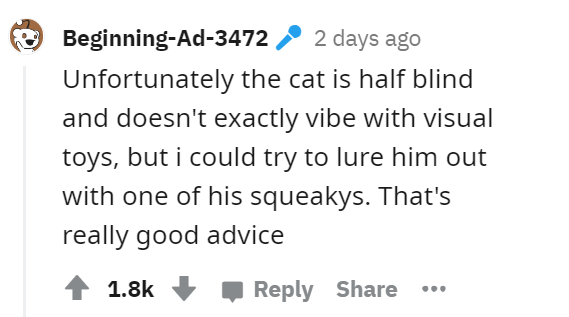 This Reddit user decided the guy isn’t at fault by comparing the situation to training dogs. 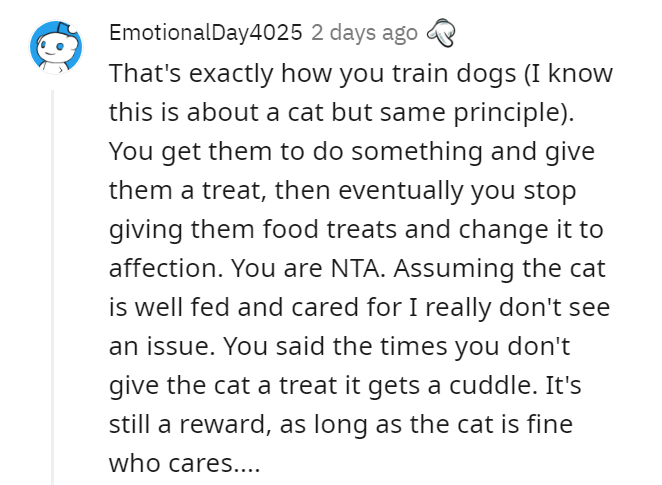 He needs to pay the cat tax.

The guy gave us a happy update in the end.

Do you think the guy is doing something wrong here? Is he hurting the cat’s feelings? Share your thoughts with us in the comments below.