While cats may not have the best reputation of being “good” and obedient pets, they still are remarkable creatures. They are fearless. Once you have a cat at home, you will be astounded by the boldness that they exhibit. They will hiss at whatever threatens them and gear up to fight that very second. Contrary to the popular belief that dogs prey on cats, it can be claimed that cats are braver than dogs. They even scare away dogs, trust me! Unlike most people may think, cats don’t shy away from dogs. That is an applaudable characteristic. Humans are bigger than dogs and even they fear dogs sometimes. Cats are self-sufficient and are always ensuring their survival.

While they are known to prioritize themselves, some cats also save humans or other animals from danger, even at the expense of their own lives. It may not happen a lot, but those few times it happens are enough to leave us impressed.

Scroll below to learn about some courageous acts of cats!

1. This heroic cat is fighting cancer!

“Fighting cancer is hard but I promised mum I would beat it and I will. Mum says I’m the bravest cat in the world and the brave always win, I’ve seen it in movies!”

2. Guess who just got cured of FIP? This brave lady!

“Our brave little warrior graduated observation today& is now cured of FIP!! It’s amazing what Win has overcome. We still have to face her IBD, but she is no longer “terminal” 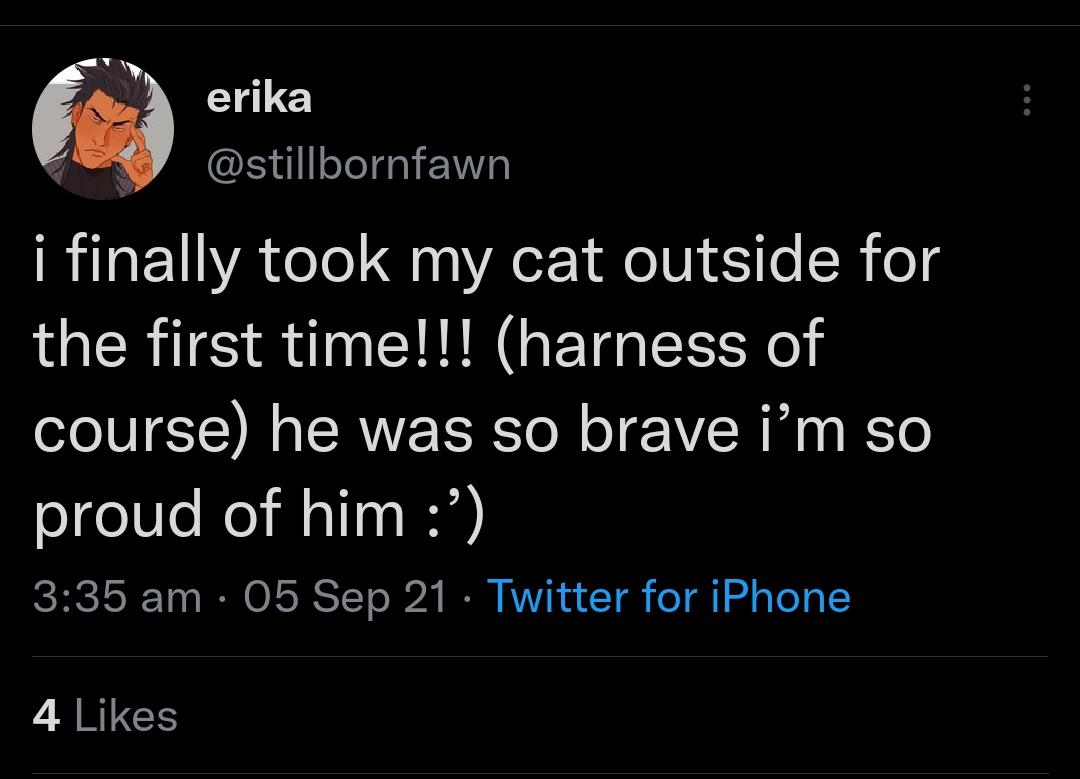 4. This brave kitty spent her first month at her new home successfully! She was scared at first but has eased up now. A round of applause for her, please <3

“From terrified to terrific in a month! Good job brave Bella.”

5. They do not fear a single soul. 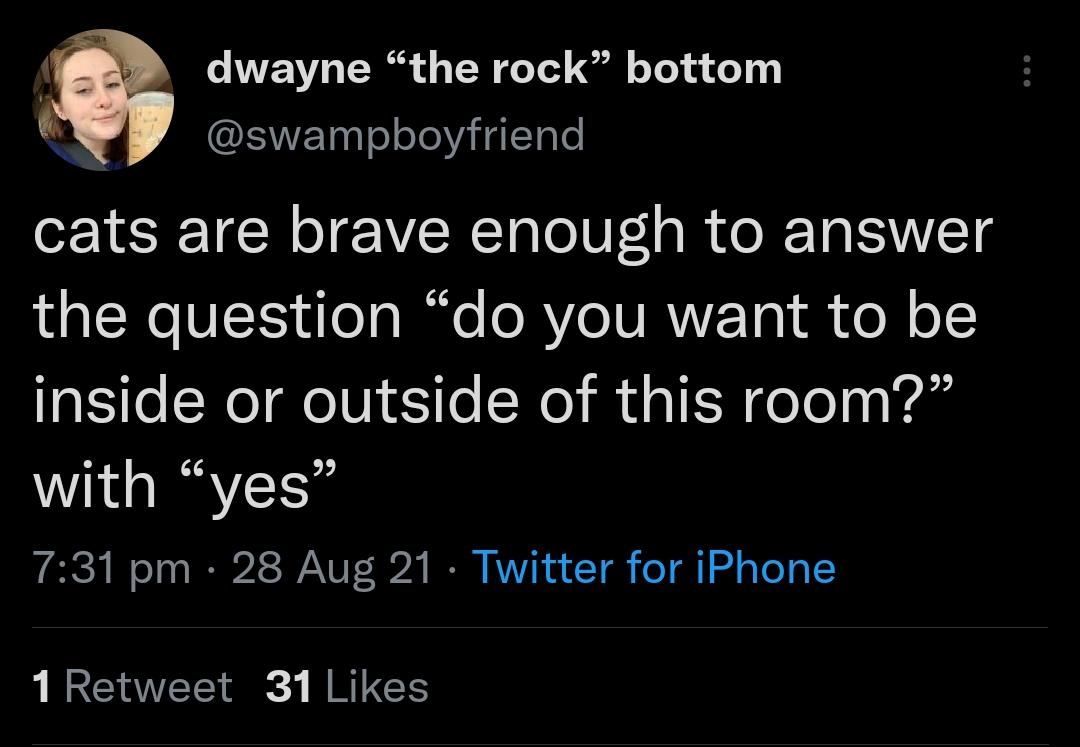 6. Cats can climb the highest roof and would not hurt a single part of their body. Their strength is unmatched!

“Cat on our garage roof! The roof is tall and very steep. How brave and agile cats are!”

7. She is a tad bit more friendly now!

“Paper” was very brave today & allowed himself to be petted a bit! ”

“Back home from the vet and seeking comfort amongst my toys. The green tears are from a contrast medium because I have infected eyes. Blood pressure is good, teeth great.”

9. “Me doing a brave sitting next to the evil masheen!”

10. This courageous cat sacrificed her life while protecting her children. Talk of heroism!

11. How brave do you have to be to sleep in the middle of five dogs? This one would know.

12. Panko knows how to keep stray animals away from home! 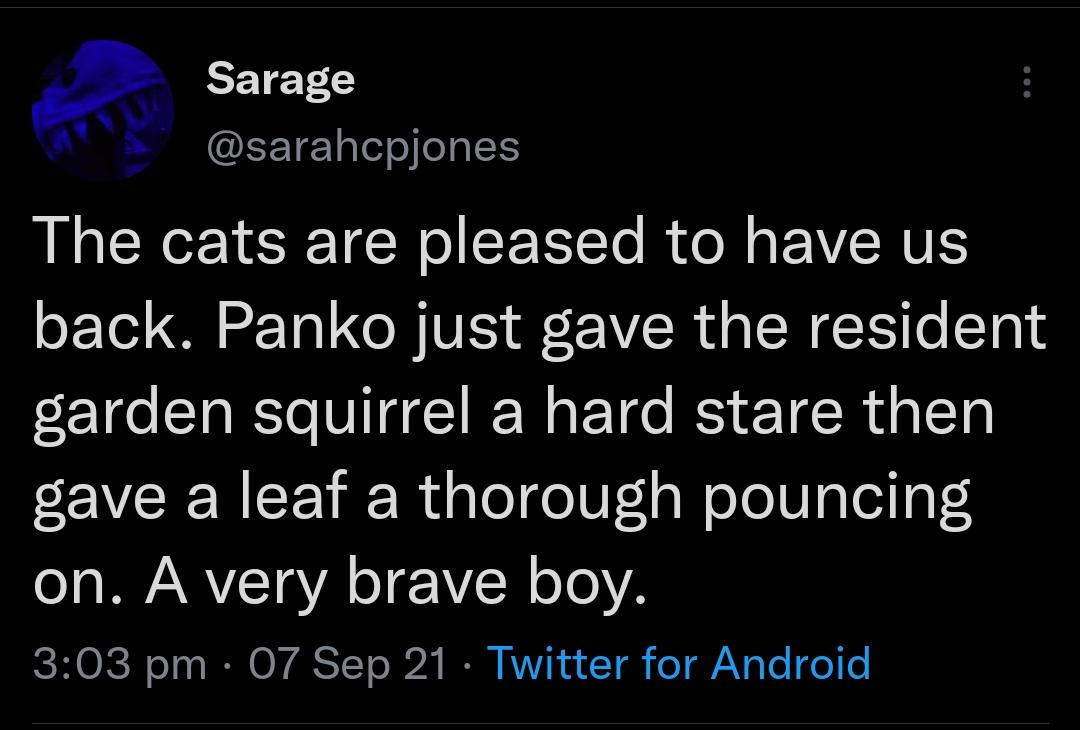 13. “My cat is such a brave little lady tbh, she hasn’t made a single sound since we’ve been here”

14. While we praise cats for their heroic behavior, it is always important to appreciate cats who don’t always feel bold. It is okay to feel shy sometimes!

“She’s so brave, she’s gotten out of her growling phase very well.”

16. She does not care if the food items from shelves fall on her, she won’t leave without getting her hidden treats!

17. This fearless fellow scared off an intruder!

18. This little one picks a fight every midnight and comes out of it without a single injury!

19. She protects the kittens in the neighborhood!

20. It takes a lot of guts to invite yourself over to someone’s house for food. This missy knows how to do it with a hint of cuteness!

“Little stray kitty came right over to me on her post-dinner visit to ask for snacks, so brave!”

21. This munchkin saved her human from fire!

“I had a cat who actually did save my life when a box fan set itself on fire while I was asleep. He woke me up SUPER FAST, and I was able to grab an oven mitt, unplug the fan, grab it & throw it on the concrete porch before the flaming blades had stopped turning.”

22. Battle between the furious cat and evil vacuum!

23. Most well-disciplined cats to exist!

25. Both on their best behavior!

I have a newfound respect and admiration for cats. You instantly fall in love with cats for their cuteness, but to fall for their bravery and courageous nature is something else. Cats may not be obedient pets but they surely know how to shock their humans by their remarkable acts. My favorite story was the one where the cat alerted the human about the fire and saved her life. That was an inspiring one!

Have you ever had any similar experiences with cats? Let us know in the comments!