One thing we all cannot deny is the wonderful performance executed by actors who play monsters and scary roles in Horror films. They portray these characters with so much depth it is cunning and hard to forget. It is so close to being real that we forget there are actual human beings behind these roles, who are just as normal as us. These actors have their own lives and they might actually be really funny and goofy people in real life, having no link to their characters.

Scroll down to see comparison between pictures of fearful characters and of the actors who played those characters! 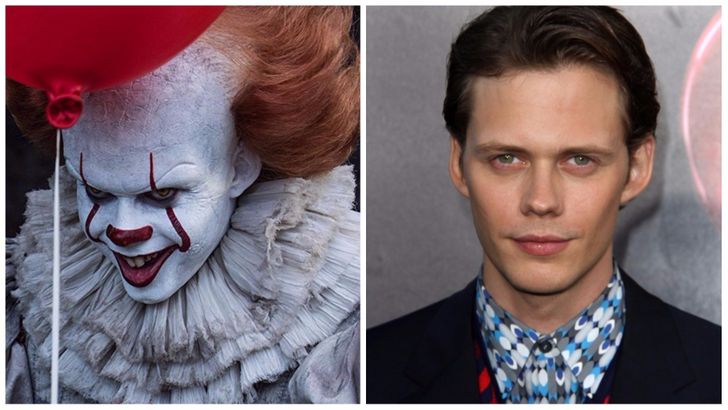 Bill Skarsgard portrayal of the murderous clown pennywise in the movie It gave all of us Goosebumps. Contrary to his character’s facial features in this movie, Skarsgade has very handsome and beautiful features. You must have seen him other movies like The Divergent Series: Allegiant, Anna Karenina, Atomic Blonde or Hemlock Grove but he got actual recognition after playing the role of pennywise. 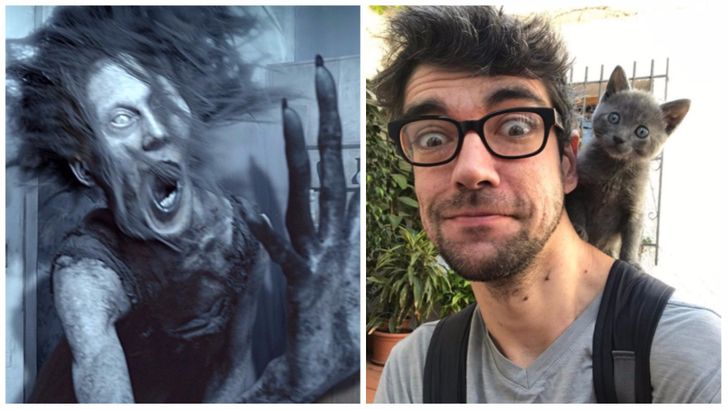 Javier Botet has played some very prominent creature roles we all recognize from famous horror films. He has played creature roles in Mama, Slender Man, The Conjuring 2, It Chapter two and even The Mummy. These all movies are well known in the horror genre in Cinema. Sometimes called the ‘special effects man’’, he is praised by the industry for praying creature roles like no other person can. 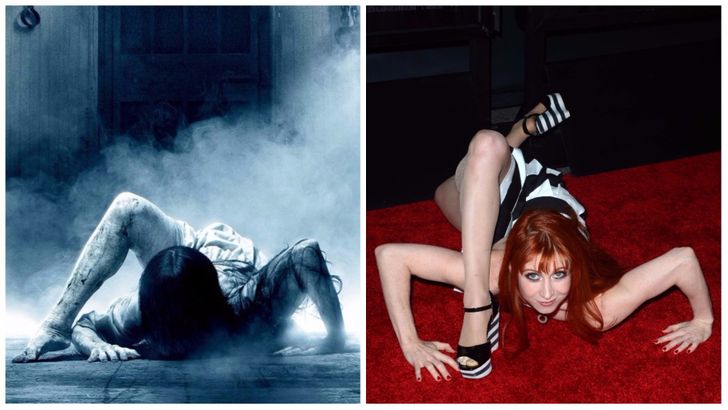 Something we all tend to not believe is that characters like Samara in the movie Rings might not have been played by actual actors/actresses. There must have been lot special effects. But that’s now entirely true. Thought there must be special effects, but the role of Samara was played by actress Bonnie Morgan. Bonnie Morgan used to be an acrobat so that was beneficial for her role. 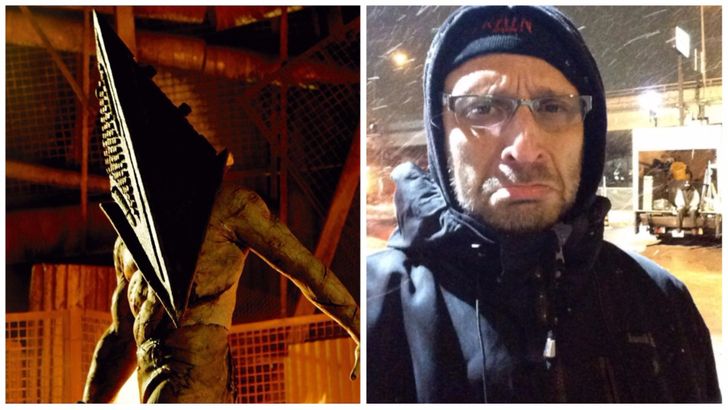 Next we have Roberto Campanella who played the role of pyramid head in the movie silent hill. It was impossible for anyone to recognize him because his face was – literally – covered by a pyramid. Not only that, he also role another character, the janitor, in the same movie. He was casted as pyramid head in the Silent Hill: Revelation as well. Roberto campanella apart from being an actor is also a well-known choreographer and a director who has managed movement and dance choreography for Mortal instruments, Pompeii and the Oscar winner the shape of water. 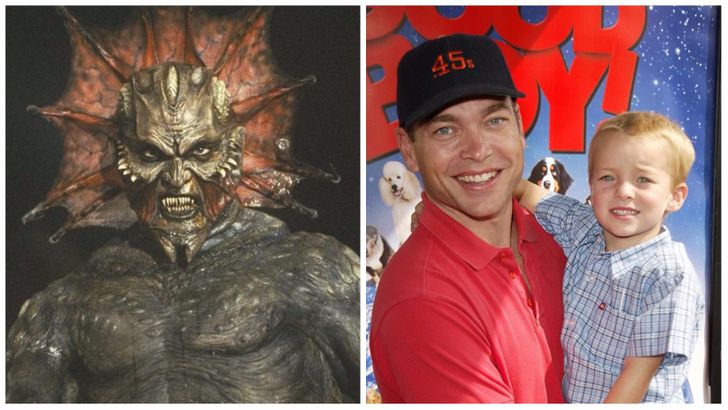 The face behind the horrifying character, the creeper, in the movie Jeepers Creepers from 2001 was Jonathan breck. Unlike his character in the movie, Jonathan beck has very soft facial features and this real life picture of him shows he happens to be very friendly around children too. 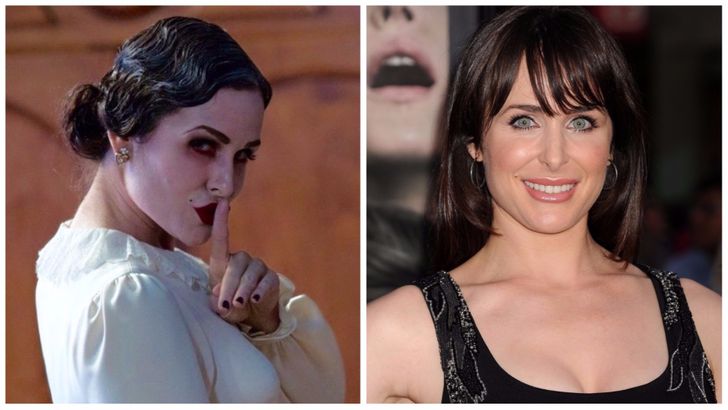 Do you remember the terrifying Michelle crane from insidious chapter 2? Anyone who does not get scared easily would have also been taken aback by this alarming character. This role was wonderfully and wholly performed by Daniella Bisutti. She has played many more roles in very prominent movies and tv shows e.g. True Jackson, Parks & Recreation, Hot in Cleaveland, Two and a Half men, Boston legal, God of war. 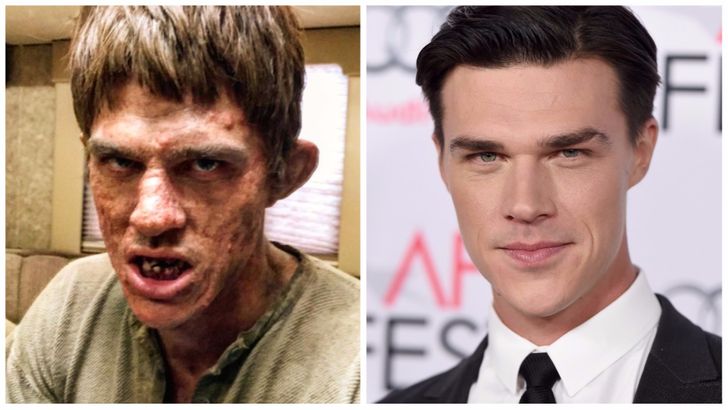 With the special facial effects to his appearance, who would have that the actor who played Jether Polk in American Horror story would be so good looking and attractive. He looks nothing less than a prince charming we see in Barbie movies. A lot of you might also recognize him from the famous soap opera All my children. 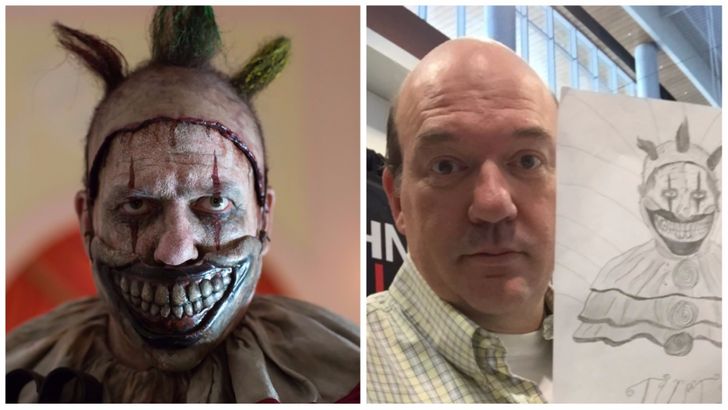 Who knew that a man with such innocent features had it in him to play twisty the clown in American Horror Story? John Carroll not only played this character, but is also known for his role as Norm Gunderson in Fargo. 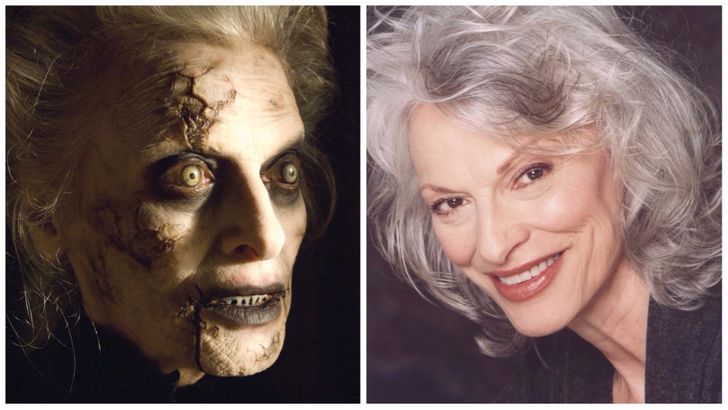 The scaring role of Mary Shaw in Dead silence (2006) was played by Judith Roberts. She is also known for her role of Taslitz on ‘the golden girls’, and her role in Netflix comedy drama series Orange is the new black. 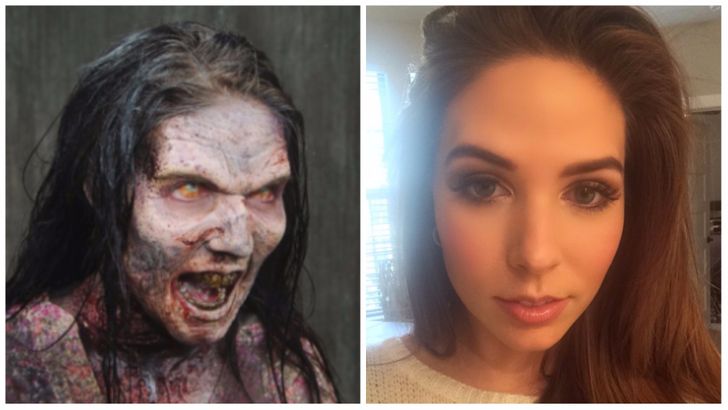 Now this one is a head scratcher! There is absolutely no resemblance between the character and the actress who played it. The zombie in the famous TV series The Walking Dead was played by the beautiful Xan Angelovich. It is hard to believe, right? 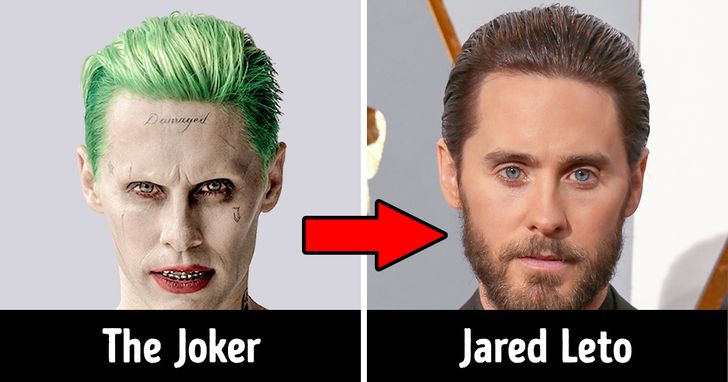 I believe this is one character we all have googled enough already. The Joker from Suicide Squad, 2016 was played by Jared leto, the man of our dreams. Though he had a very small role, his performance hit all of us and is something we cannot forget. And it is fair to say that he looks just as handsome in his character as he does in real life.