Cats have been stealing the show on the internet. But ever heard of Buff Cat stealing the internet? Obviously, we have seen many muscular and tough guys around us. But never heard of a muscular cat. A Muscular cat – sounds strange right! When we go back in history, this Buff cat was first noticed by a cat person in Montreal, Canada. What’s more interesting is that the cat has over 17k followers on his Twitter account which was created by one anonymous fan. Wow! Defo want to be as famous as this cat.

Many people adore this tough cat, while many strangers think that this cat may have some rare genetic disorder, or maybe face some serious health issues. Whatever reason there could be, we hope he is in good health and enjoying his cherished life.

Ever since, people are capturing new memories of their cats, uploading them on the internet, making them viral, and sharing their cat’s memes to make our day. Likewise, we have gathered some hilarious yet amusing pictures and memes of this Muscular Buff Cat tweets to bring a spark to your day. We came to know, that the anonymous lady, behind the Twitter account, will again go for searching this daddy cat. Scroll down to see the images and have a good laugh today!

This buff cat is an absolute unit! 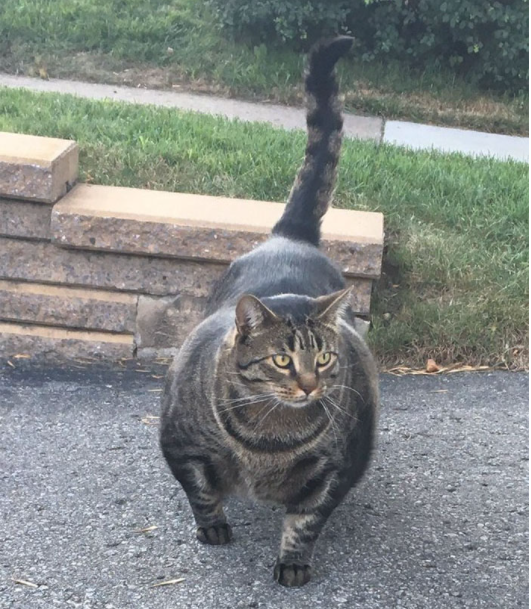 This cat is a little too huge. Wonder if this one goes to the gym? 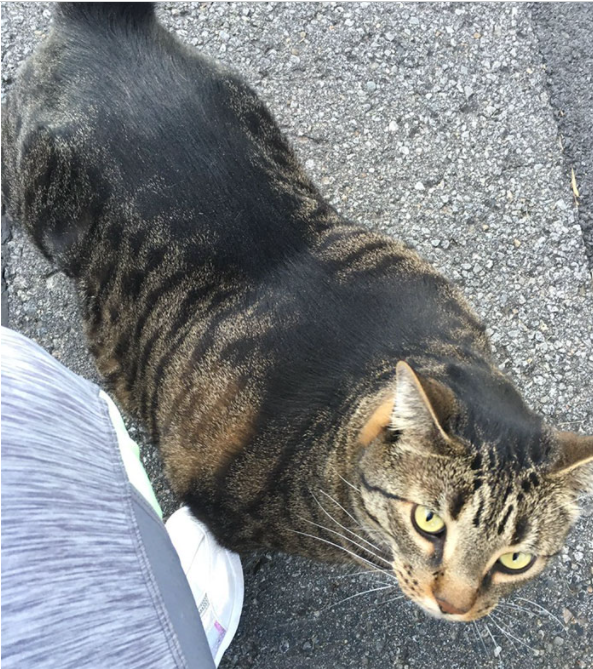 He was first spotted in Montreal, Canada by a person who instantly became a fan!

That thicc body! Not that we are body shaming. We are just appreciating this booty-ful cat. (Pun intended) 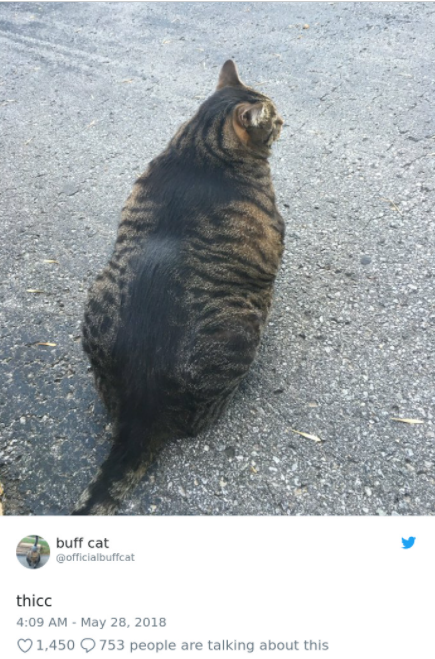 Running at full speed into you! Protec yourself hooman 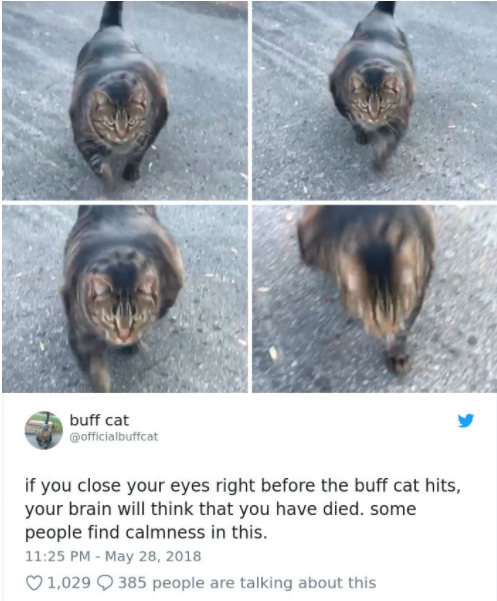 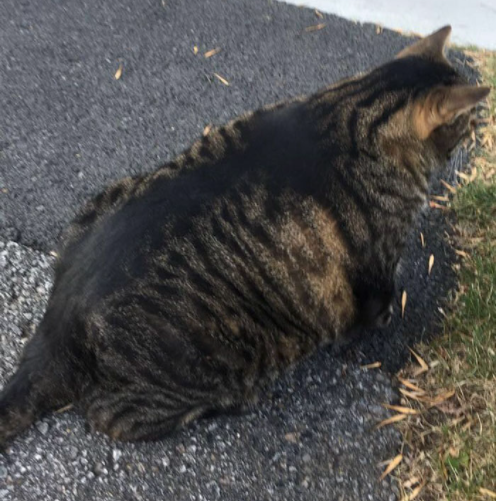 No matter what size this cat is, he is looking adorable. There is no denying that, right? We can’t resist the fact that no matter how furious this buff kitty looks, they are the most innocent cats. Just look at their luminous eyes, and see the pure soul behind those eyes.

Well, we can’t resist sharing some ridiculously photoshopped pictures of this muscular cat with its fans which we found on the internet. We see many strangers spending their time photoshopping this buff cat into different scenes. To brighten up your day we have gathered some of those amazing memes for you! Don’t forget to share your most favorite scene in the comments section below, and let us know how hilarious they look! Scroll down to see more stunning pictures of this cat! 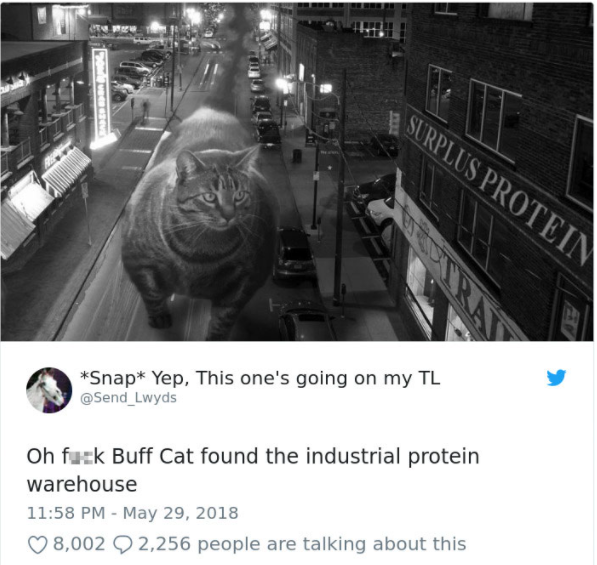 2. Someone did amazing photoshop here! 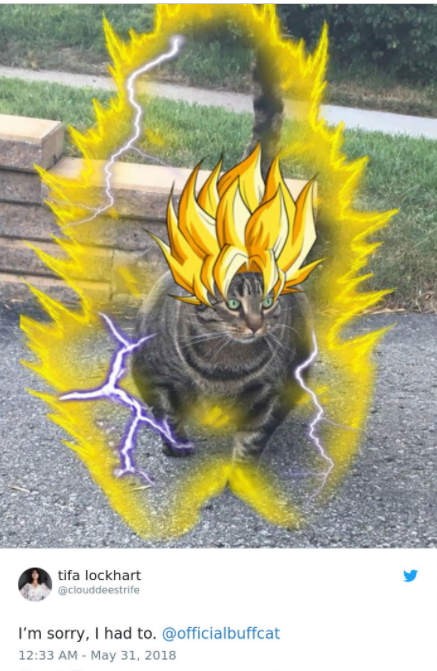 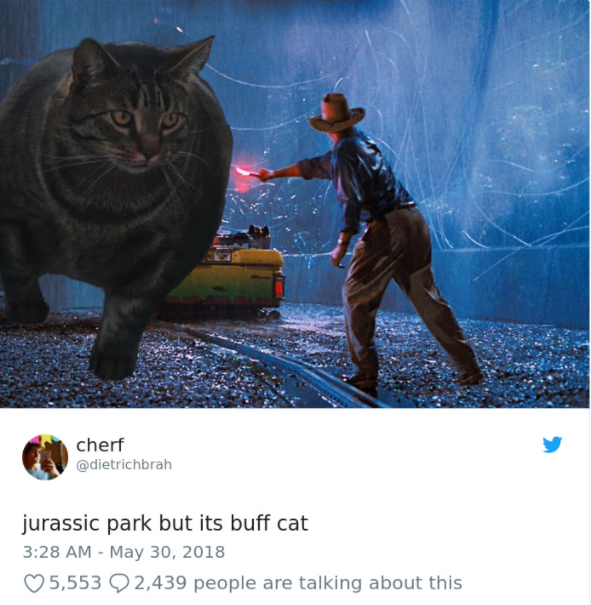 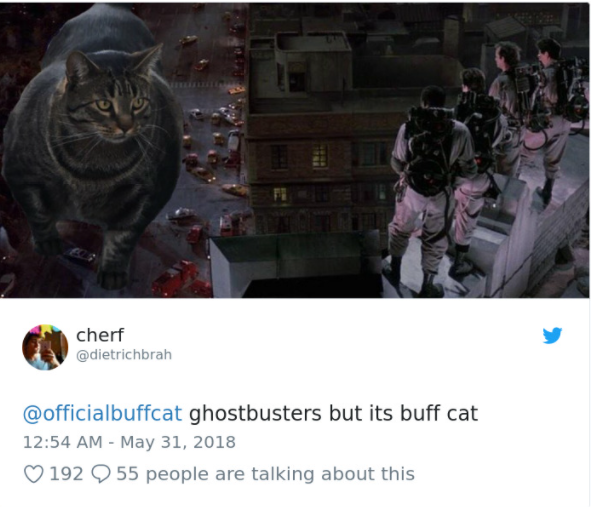 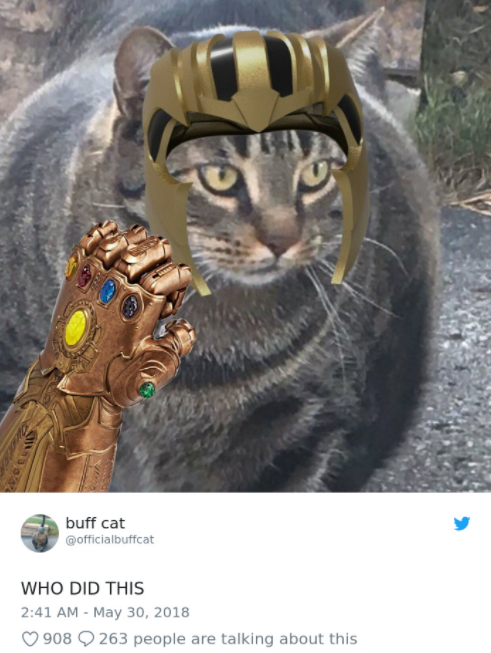 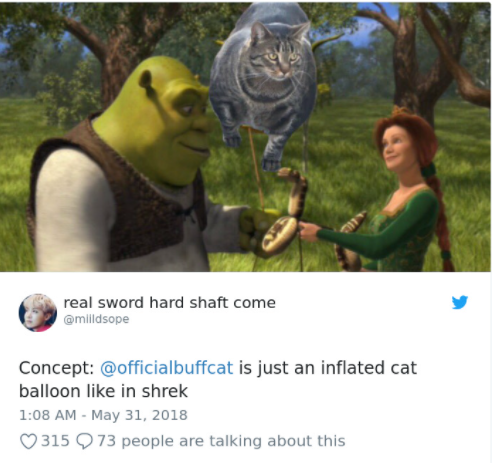 7. How to unsee this picture! LOL! 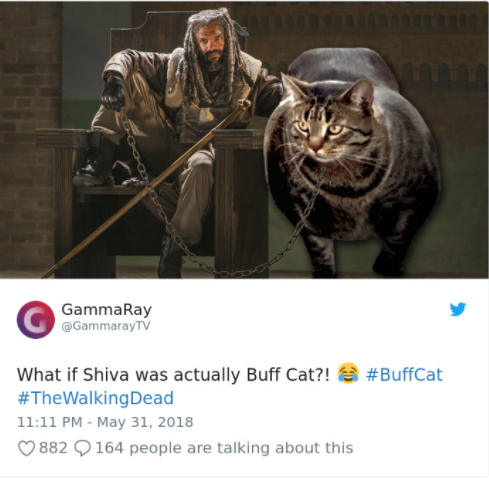 Hilarious! This buff cat has taken over the internet by storm. Thank you to strangers for photoshopping buff cats ridiculously because, without them, we feel like our lives would not have been complete, and thanks to these innocent creatures for being so adorable and stunning. These four-legged babies – or Buff Kitty will never fail to bring joy to our life.

So, which Buff Cat meme do you like the most? We would love to hear your feedback on this muscular cat, what do you think is the reason behind his muscular body. Let us know in the comments section below and don’t forget to share your favorite cat meme with us.