When will these Karens stop?

Living in the world peacefully is impossible, especially with the rise of all these Karens taking over and ruining fundamental human interactions and generosity. Human decency is a concept that’s nowhere to be found when it comes to Karens. They’ll to make a scene and only for the attention they would go on and punish innocent by standards just so they could feed their fragile egos. Even if they’re wrong they won’t admit to their mistakes or harsh ways and they’d continue being their arrogant and ignorant ways that, we say ”Never feed the troll”. Today’s story is a really funny one and this Karen deserved every bit of embarrassment that came her way. There’s a golden rule which states ”guilty until proven” and this Karen was exposed in the best way possible and by her own doings. What is this story? How did someone get justice when a Karen was at play? Let’s see.

The not-so-humble beginnings. Op tells about the car he drives and the situation that led up to the incident while he was stopped at a signal, a car rammed into his Jeep. 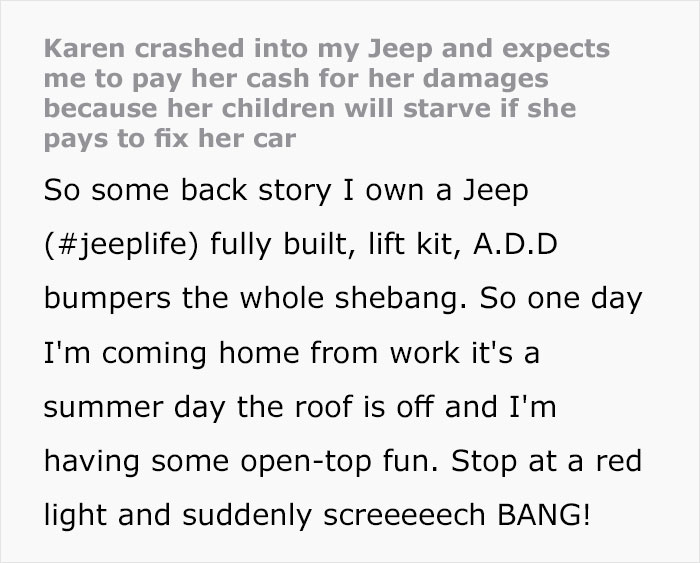 On impact, Op tells the audience how the car was a new Mercedes C class which was totalled from the front. 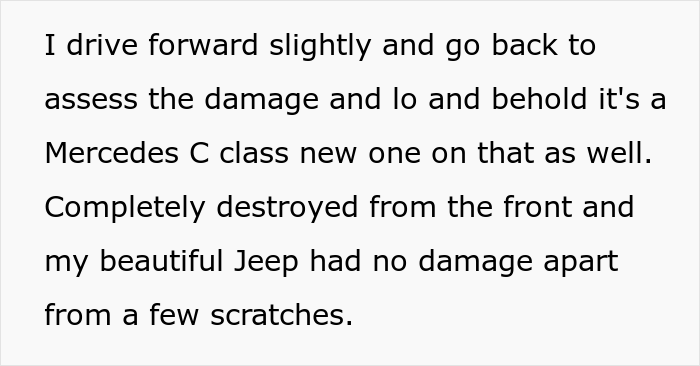 The woman on the driving seat was saved thanks to the sturdy protection of the car.

This is where the woman turns into a Karen and starts blaming Op for the crash. Low on IQ, she blames Op whose car was hit from behind. 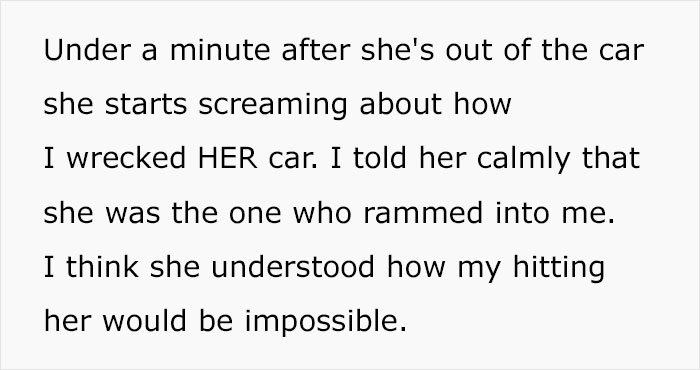 Op asked her for her information and insurance details but the Karen refused and asked him to pay 10k. 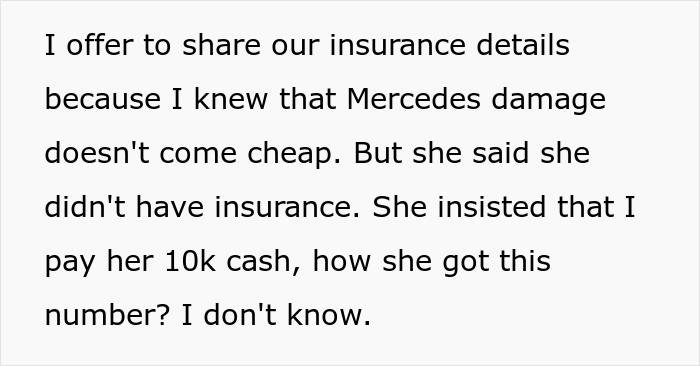 Op made two points stating her fault and her ignorance to share the insurance details.

The woman started making excuses which involved her kids and how they were going to suffer because of the crash and the following repairs. With just a slight inconvenience, she was driving a new Mercedes. 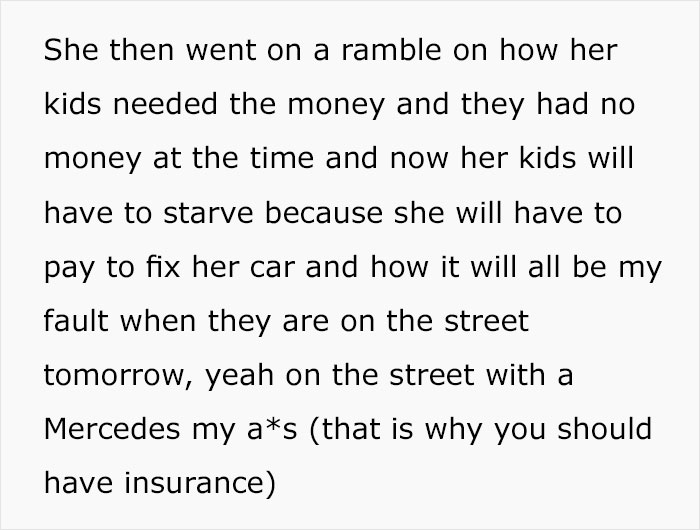 She forced Op to pay but Op refused. The cops got involved.

Karen made up a story and told the cops her false narrative on how the crash occurred.

Op described the story from his POV about the crash.

But here’s the twist.

Thanks to the CCTV footage, Karen was caught. Her lies exposed.

And this is where the story ends.

Part two of the story.

Seriously? She drove a high-class Mercedes.

And the Karen came trashing on Op again. 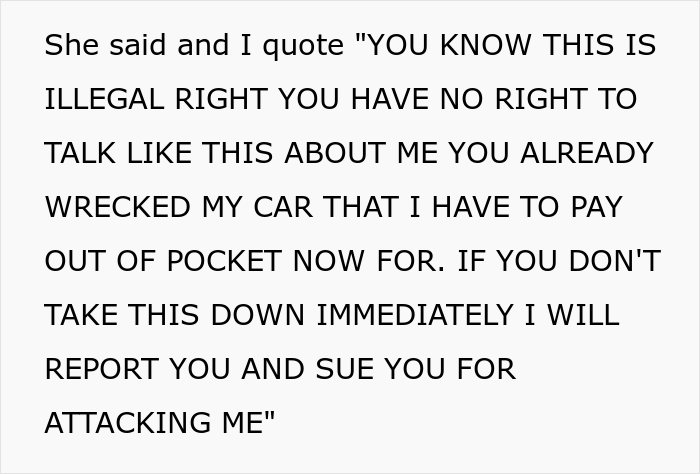 The Karen got told her reality.

This Karen has no chill.

Op was chilling at this while the Karen kept on complaining.

And this is where the story actually ends. Thanks to the shopkeeper for supporting and providing ample evidence for Op.

And with that we conclude this story, Let us know your thoughts in the comment section below.