Karens sure love to ruin everything.

Whether it be a part or a mangers life, they are everywhere. However, when you put a Karen into a position of power, it just gets worse for everyone who works under her. They will try their best to ruin everyone’s day no matter how out for eh way or hard it may sound. This is what happened in this story when Karen decided to go against a beloved 60-year-old employee.

He just wanted to bring a cake to celebrate his birthday with all his co-workers. Although it seems she did not like that everyone was having a good time and had to ruin it somehow. And she did just that by claiming it was a health hazard and throwing it in the bin. A huge cake was thrown out just because she had some sort of vendetta against the guy.

It might have happened a while ago but the story is still just as juicy. 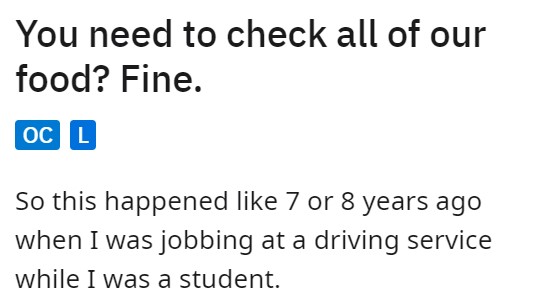 First, we get a bit of background on what was happening at work. 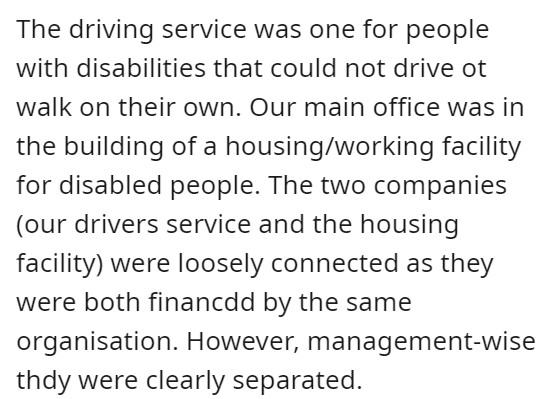 Tom definitely splurged when it came to his birthday. 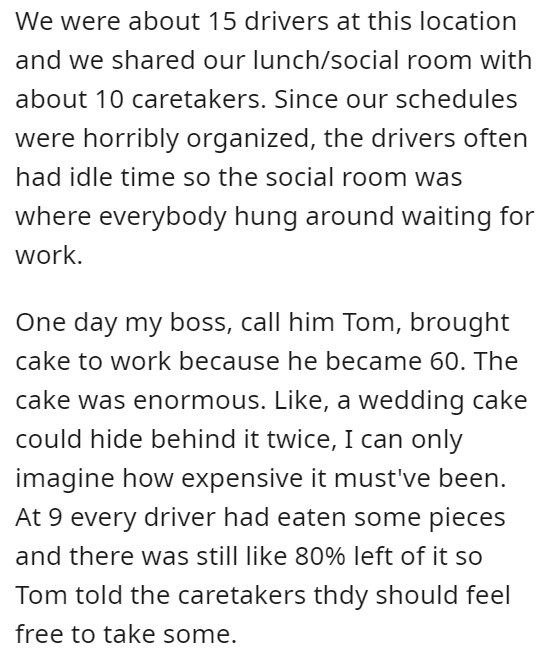 But the fun didn’t last long as Karen just had to ruin it. 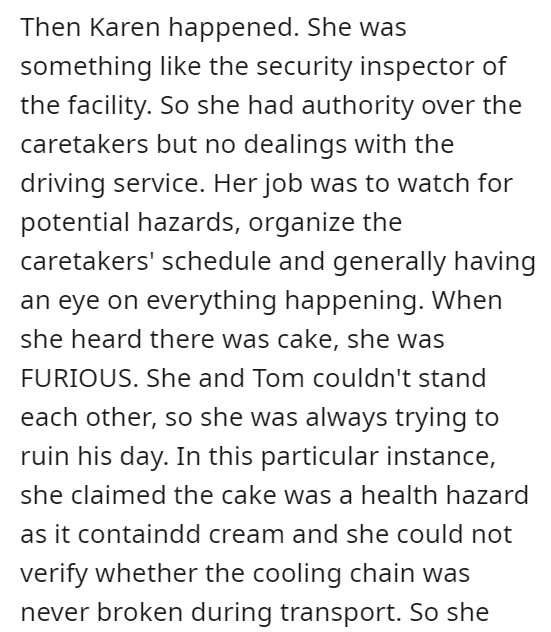 Anyone would be angry at this point. 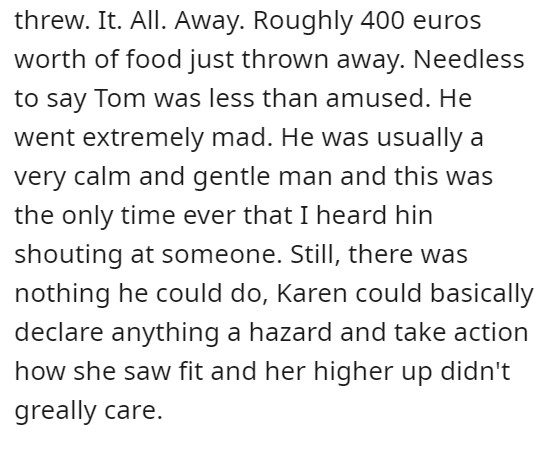 I think she might have understood at that point what was happening. 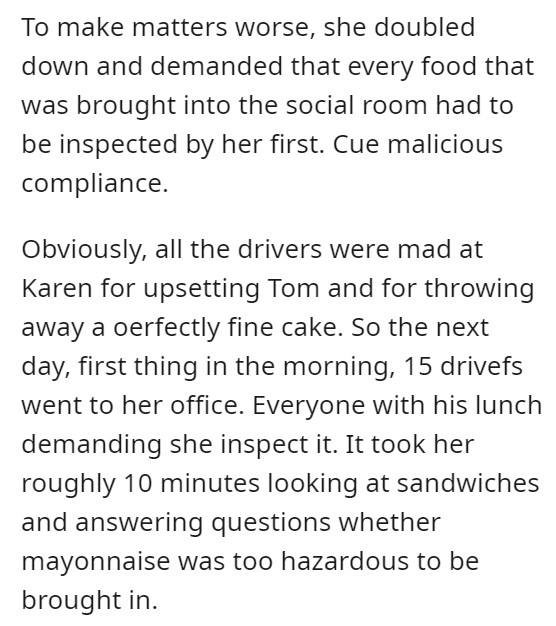 But she clearly just didn’t want to concede so let it go on. 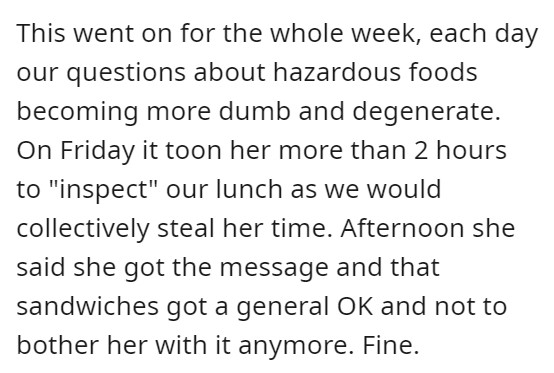 I love that the employees banded together for this. 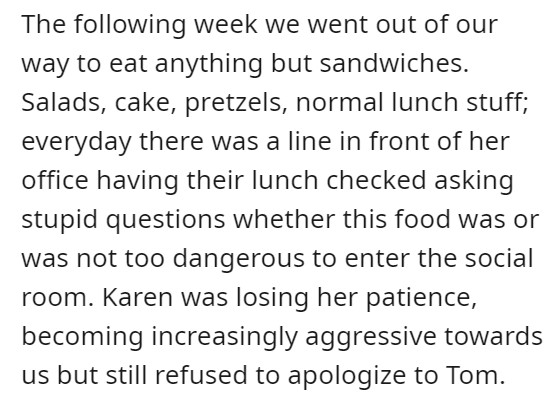 I can’t even see but I can imagine what it would smell like. 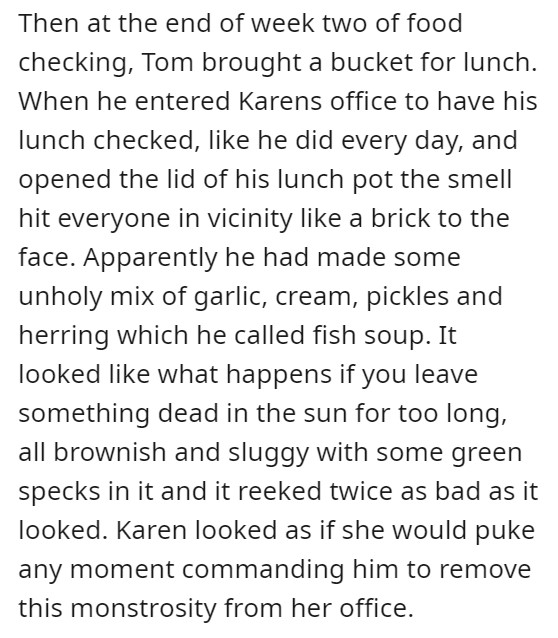 Way to throw her words right back at her! 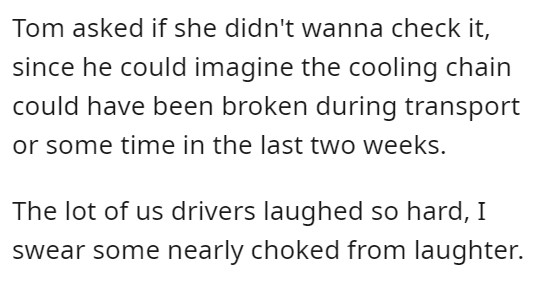 And to end it perfectly, Tom brought another cake for them to enjoy after the sweet revenge. 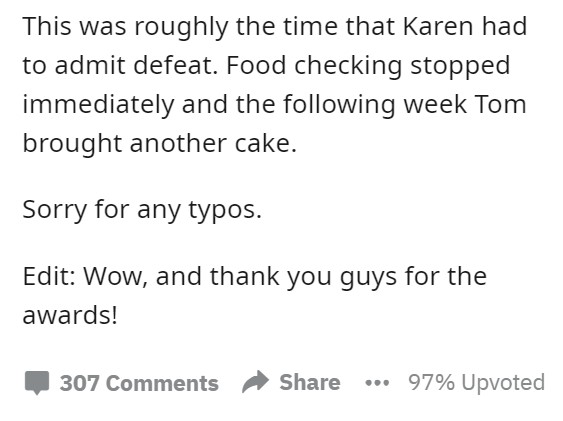 Some more info as to why Tom didn’t want the management to get involved.

The cake was in fact specially ordered. It wasn’t a very festively decorated cake or anything but anyone could see this was done by someone who knew his business.

I have no idea whether or not there would have been a way to financially compensate Tom for the cake that got thrown away. But Tom didn’t really care about money anyway: so if there was, he probably knew and just didn’t bother.

Submitting an expense report to Karen’s boss would have probably put a halt to all of this beforehand, I agree. But this was much more of a personal thing between Karen and Tom. –NFkappaBalpha

What are your thoughts on this short but sweet story? Comment down below and let us know.