No doubt, dogs become a family but one should maintain good hygiene practices at home.

When you keep dogs as pets, they become a major part of your family but that does not stop us from maintaining hygiene practices at home. You should feed your dog separately. Also, dogs should not be allowed in the kitchen. Dogs can get sick by eating human foods and obviously, you would not like getting the dog’s fur in your food. No one likes that. But some people do not follow these rules.

A Reddit user who is also a germaphobe has shared one incident with us. She has been dating a guy and she was invited over to his parents’ house for a family dinner. She went for dinner at their place and saw his mother and sisters preparing food. They were preparing the food and were hand feeding the dogs in between cooking. Then go back and continue preparing the food again without washing their hands. OP told her boyfriend that she would not eat the food as it has germs. OP told the family that she is leaving and this was the time when drama ensued. Scroll down to get into the complete story.

2. OP is a 24 years old female and dating Will for 8 months. She was invited to his parent’s house for a family dinner.

3. Mom and 2 sisters were prepping the food. They were also taking the food and feeding the dogs out of their hands. 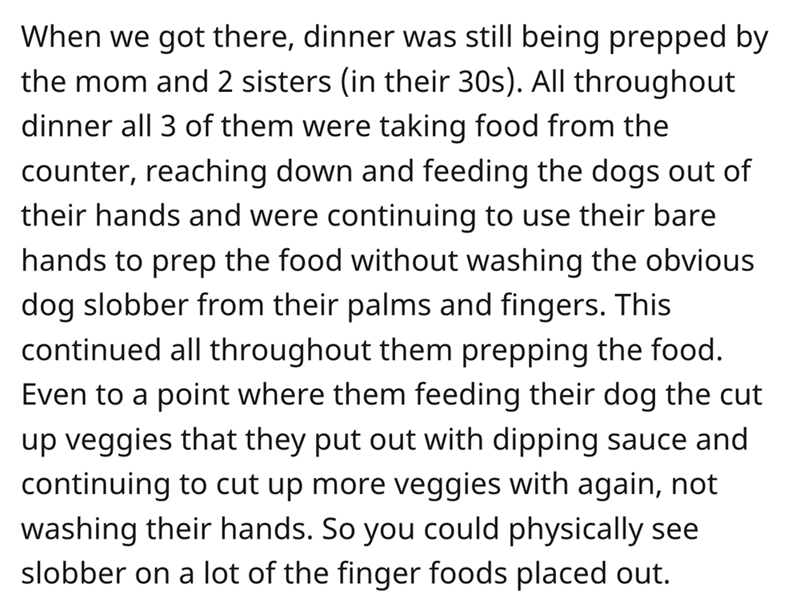 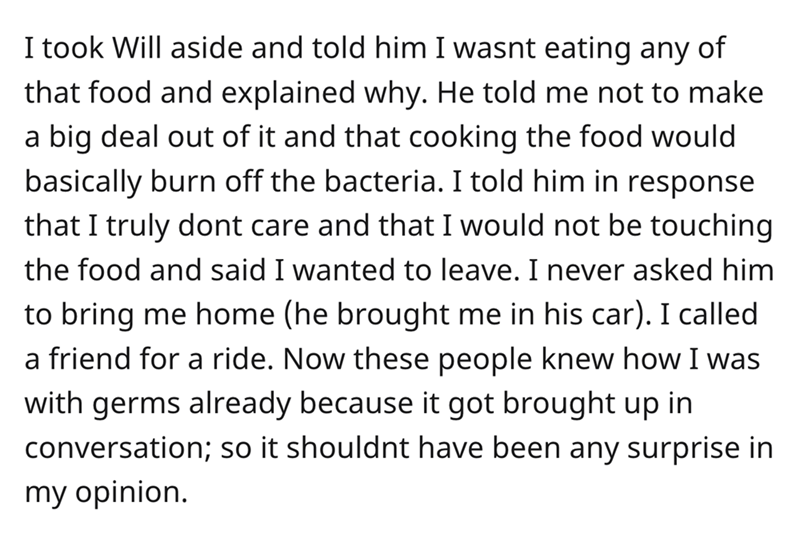 5. OP asked for a ride from one of her friends. OP was waiting for her friend when Will’s mother tried handing her deviled eggs. 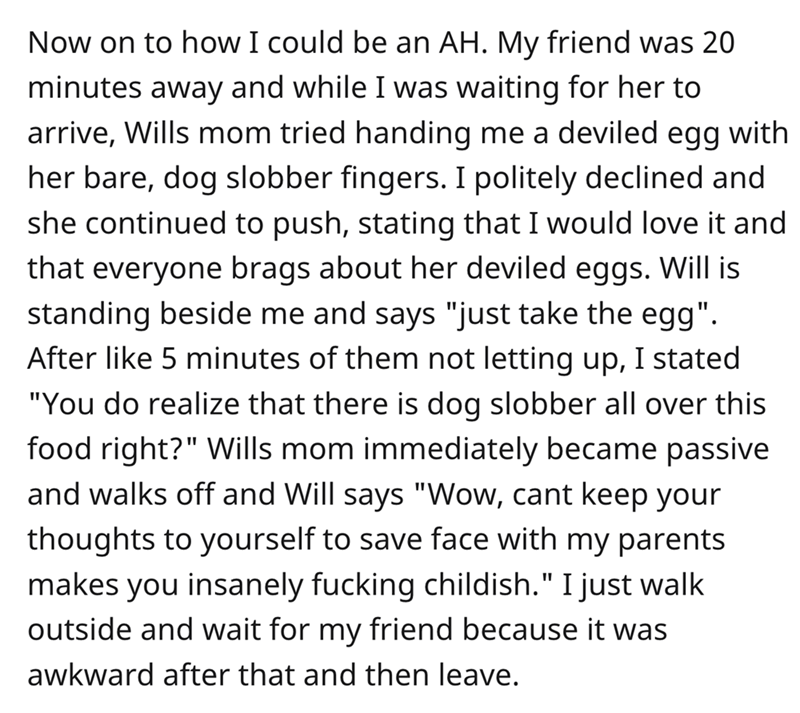 6. OP’s boyfriend thinks, she should have kept her mouth shut.

Will’s family knew that OP is a germaphobe yet they kept feeding their dogs with their hands. OP could have quietly left so that Will’s mother do not feel bad but she kept pushing her on eating the deviled eggs. She could not keep it anymore and just said what was in her mind. Here, Will should have acted smartly and stopped her mother or either taken the deviled eggs and just tell her mother that “mom, don’t worry, I will give her” to avoid such a situation.

7. It’s disgusting to hand over food without washing your hands.

8. People wash their hands after touching their pets and especially before cooking. 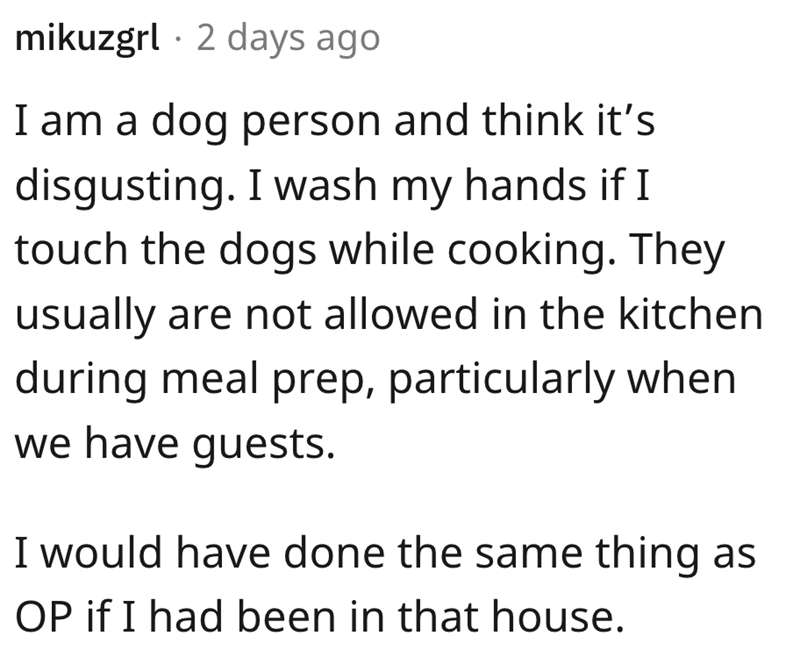 9. Three reasons why dogs should not be allowed in the kitchen: 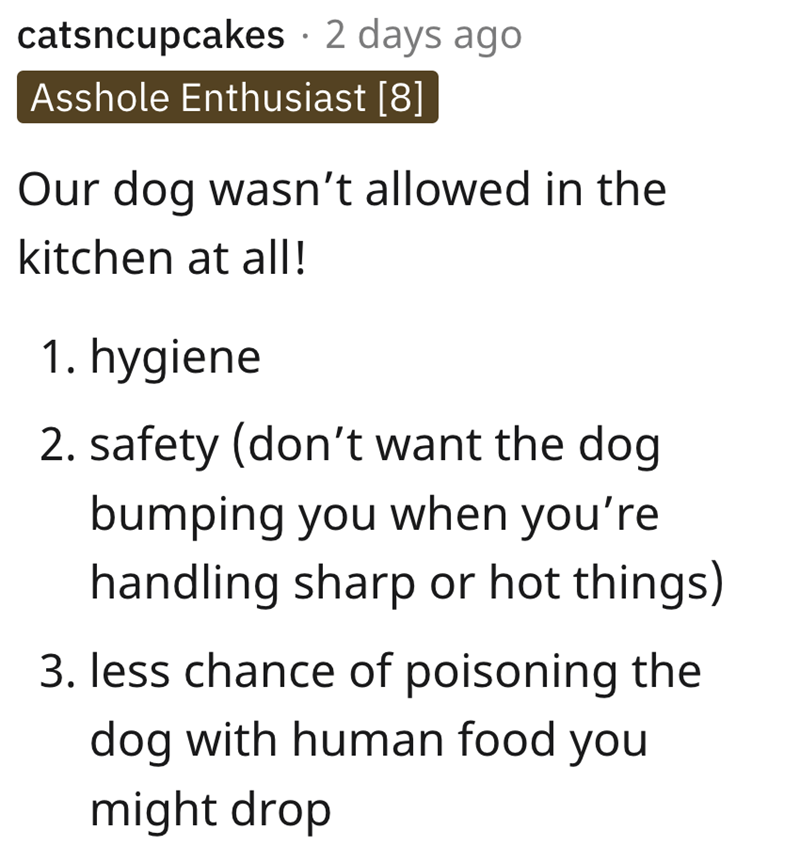 10. You can feed a pet without making contact with its slobbery mouth. 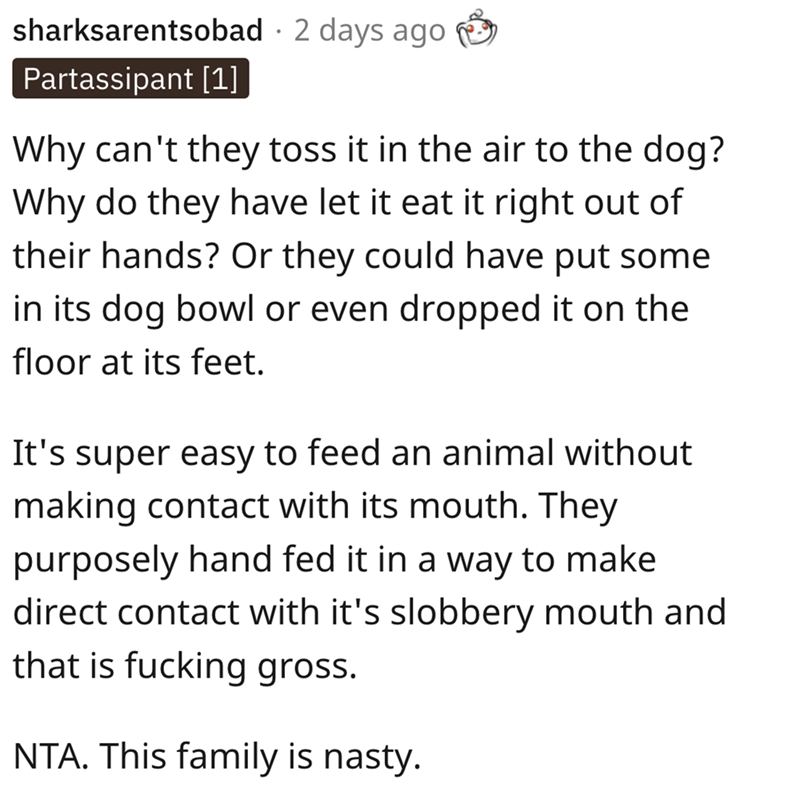 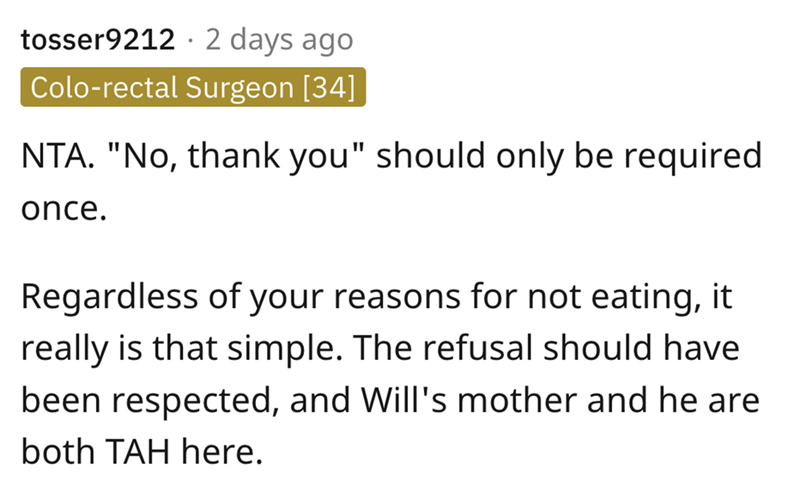 12. NO means no and people should take it as the final answer. 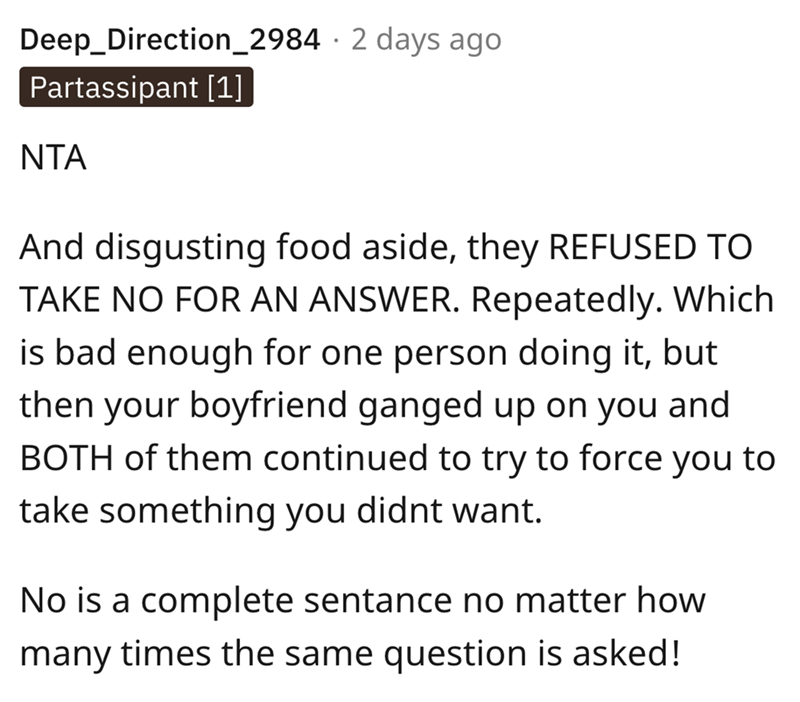 No matter how you treat your pets at home but if you are calling someone to your house for dinner, you should care for their preferences. You guys be the judge here and decide. Is OP TAH? If yes, explain how?