This is one of the most interesting “revenge stories” you’d have ever read.

Before we start with the story, we’d like to state a fact that stepfathers or stepmothers are RARELY nice people. They wouldn’t want to give love to the child of their significant other and they would rather be mean to them. There are numerous stories like that and most of the kids would not retreat back. They would bear the cruelness silently because of course, they are just a kid, right? But it’s not like the kids can’t be savages!

This story is exactly about a savage teenager kid who decided to take satisfactory revenge against his stepdad who was mean to him while he wasn’t just a teenager but also struggling to bear his financial expenses himself! The stepdad was so mean that he tricked his kid and took away his only possession, his laptop! But what the kid did afterwards, is savage AF!

So, without any further delays let’s hop onto the story by the guy himself. He shared the story of his past with the people through a Reddit post and people couldn’t stop being happy and satisfied about how he managed to take revenge on his evil stepdad. Scroll down to begin with the story.

1. People like his stepdad are the reason why the kids have troubled pasts! 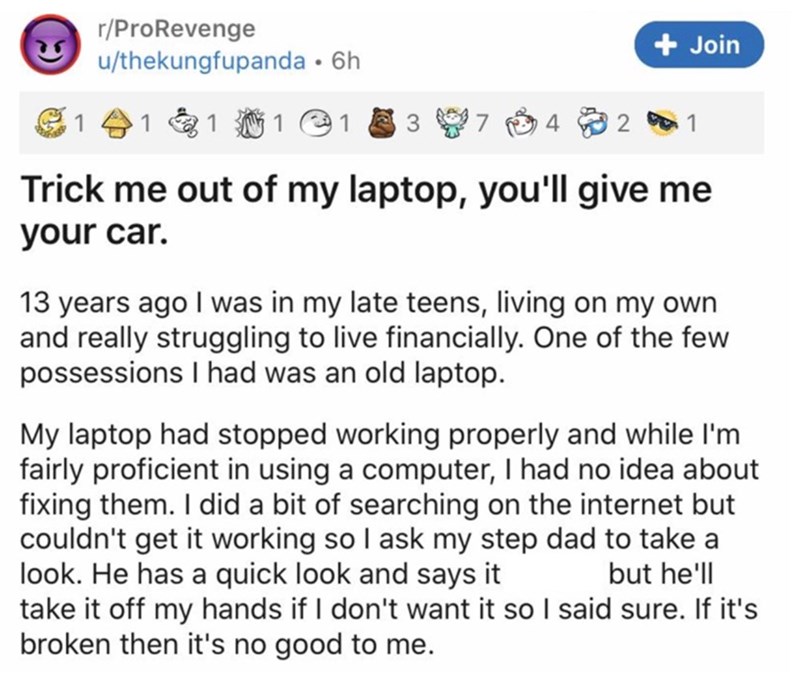 Don’t understand why the stepdad had to be mean to the kid who was already trying to be financially independent and not even poking a nose into your matters. Jeez!

2. Wow… so he fixed the laptop and kept it just like that!? 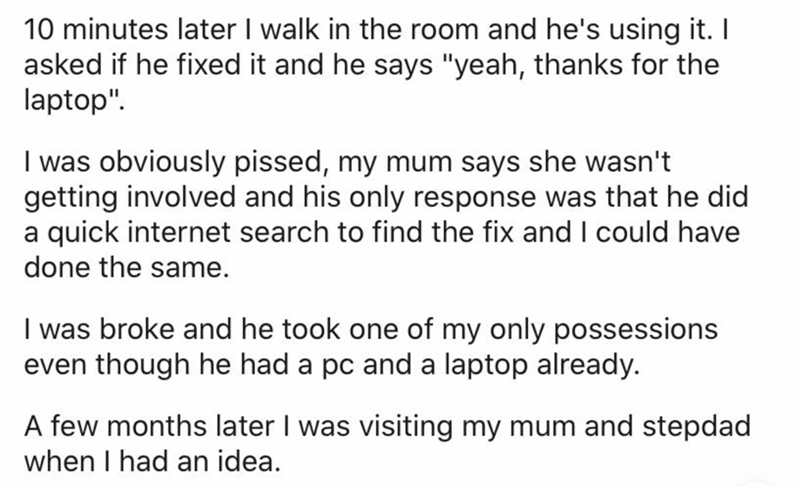 3. Annnnd the KARMA’s always waiting for you at the corner! 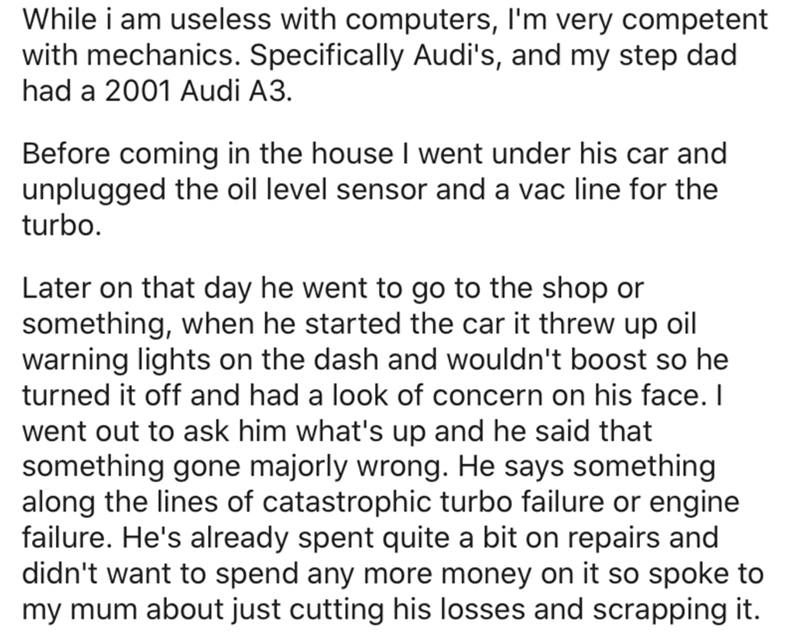 Not exactly karma but it’s interesting how the guy had these skills and how he planned his revenge out! 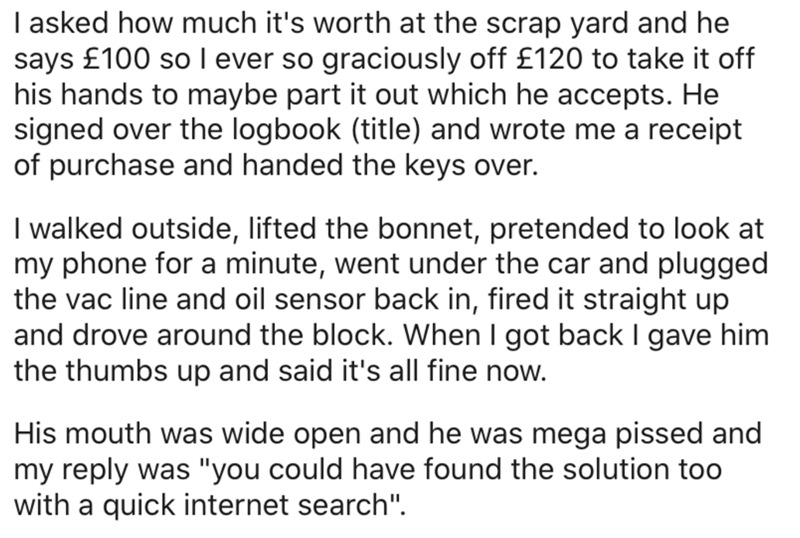 I thought the stepdad is gonna ask him to fix it and he will just fix it before taking a ride into it but DAMN! He bought his AUDI in just 100 pounds!

5. Hah! Of course, he would try to get his car back… I mean it was completely fair!

He truly deserved every bit of it! Glad at least the mother stayed neutral at this too and didn’t intervene. 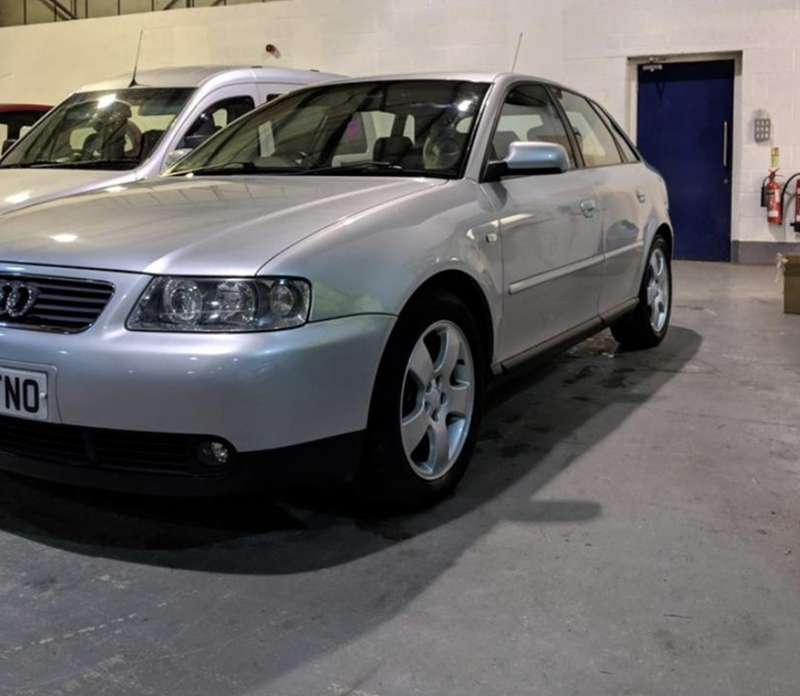 It appears like it just got out of the showroom. Slick AF!

So, you see, bad intentions can always come back at you with karma! He should not have taken away his kid’s laptop like that. He literally only had to fix it and give it back to him but he decided to take it away while tricking the poor guy into it. But what the guy did was even BETTER! Honestly, it was one of the most satisfying revenge stories ever, don’t you think? Let us know your opinions and suggestions in the comments section below!