Every relationship is based on trust.

Whether it is between a parent and their child or between two strangers who happen to fall in love. If you build the foundation of your relationship on lies, it is bound to fail one day or another. But even knowing this so many people really want to ‘lock in’ their partner. Mind you these are usually mentally ill people who become obsessed with others to the point of stalking them and thinking what they are doing is okay.

That is what this guy continued to do after he poked a hole in his condom and got his girlfriend pregnant. Who was only 17 at the time. As you can imagine, she was terrified and did not know what to do at all. Thankfully she had a friend alongside her who helped her throughout all this. She even went to the clinic with her. This might be just one story but this happens every day to so many people out there. You can read the whole story in the tweets below.

She was only 17 and I can’t even imagine what she must have been feeling then. 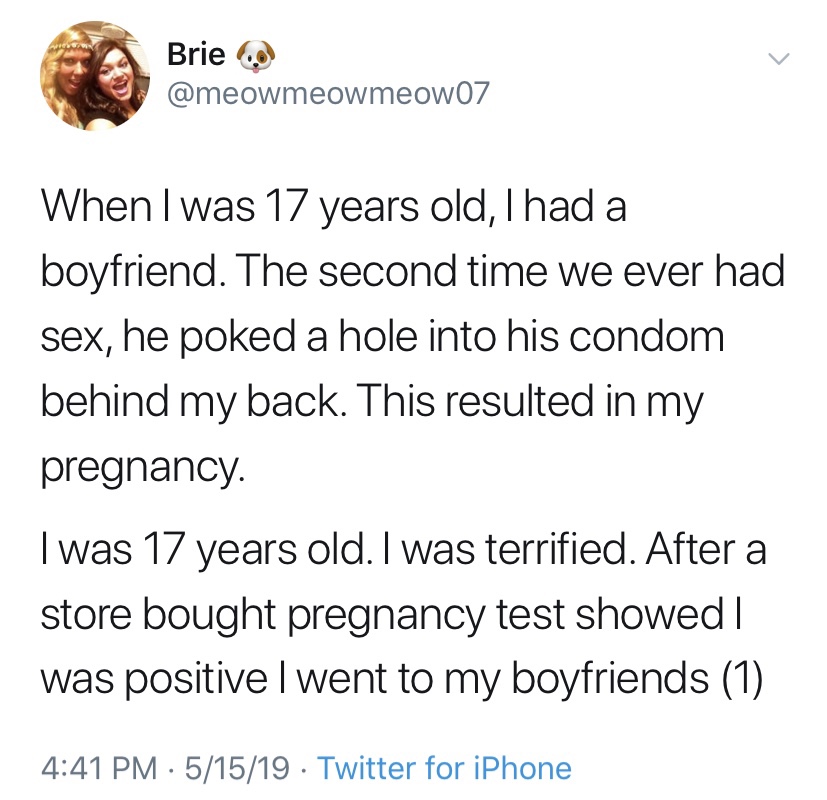 Thankfully she had a friend with her who helped her throughout the process. 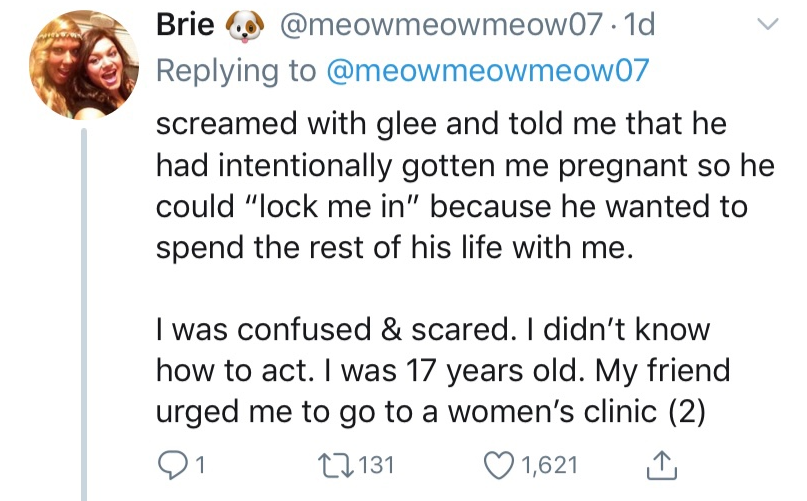 However, the clinic they went to refused to take any part in ‘this’. 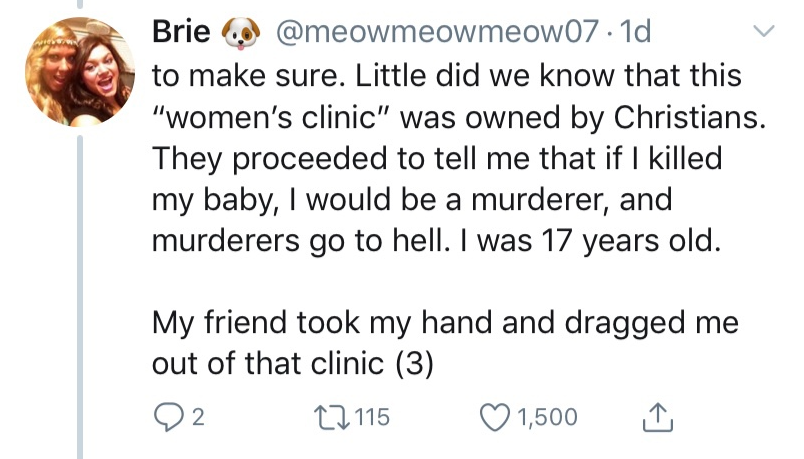 So she actually had to appear in court just so she could get an abortion. 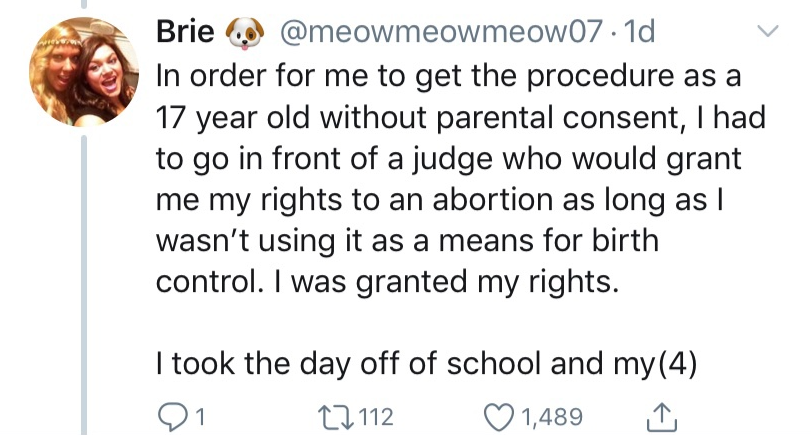 There was no baby, just an embryo and she had to get a judge’s permission for that. 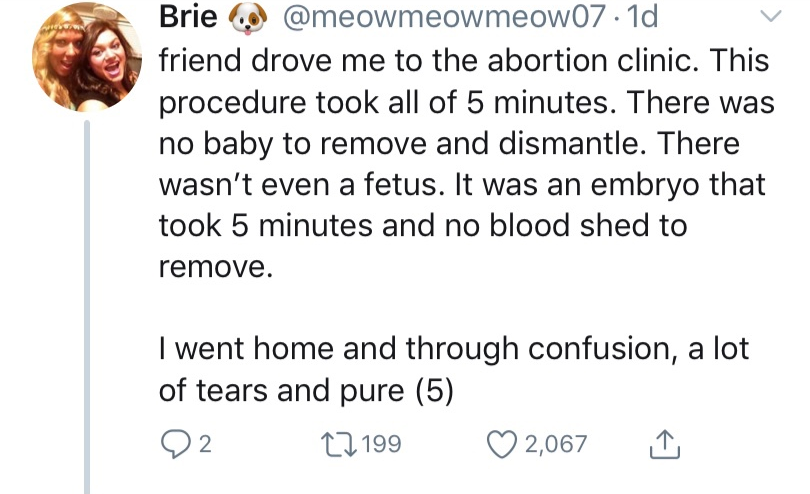 I started a paper in college on the pros & cons of abortion. After researching what women did before abortion was legal I changed to why abortion should stay legal. The awful things that women were forced to do brought me to tears. –ldyshadow254

And after a while, she broke up with the guy who had done this to her in the first place. 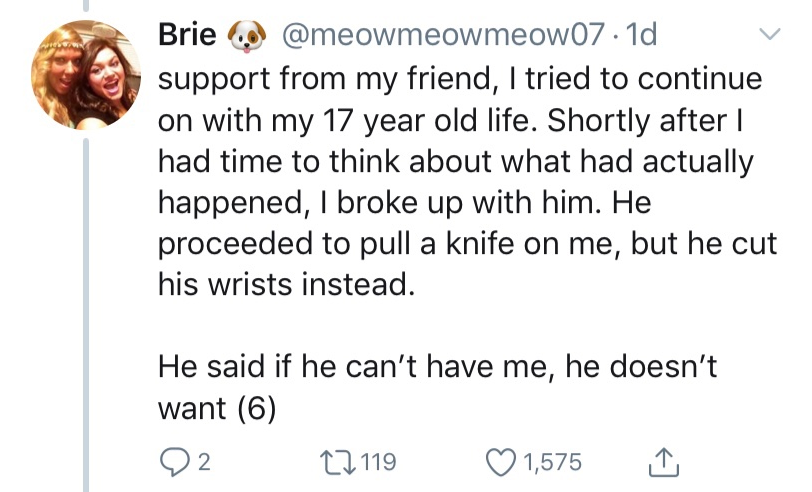 But it didn’t stop there as the creep didn’t let her go even after all that. 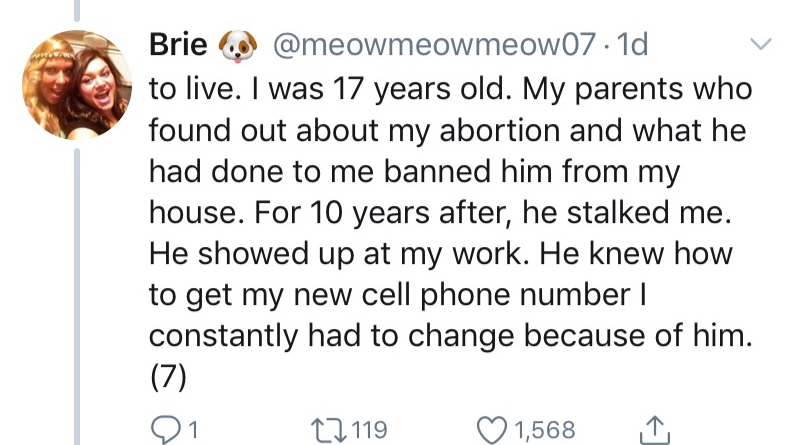 He only stopped all contact when he got arrested. 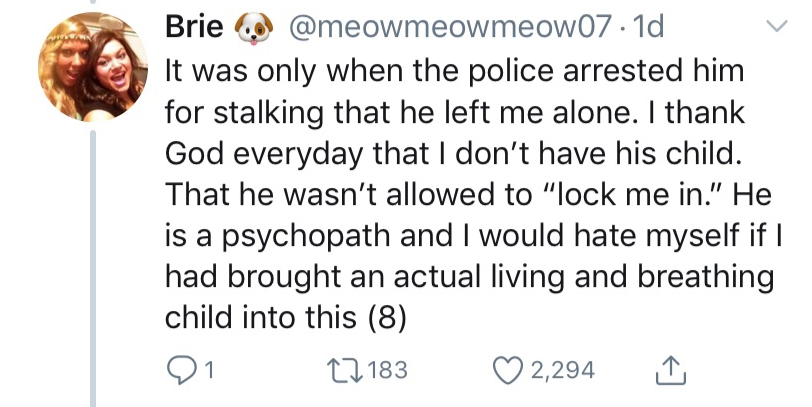 She has chosen to speak about this because this happens every day. 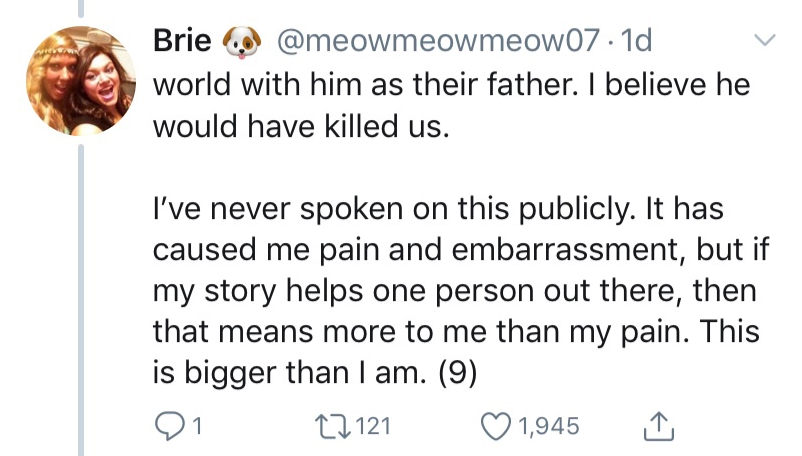 I’m totally against abortion as birth control. But, women have to consent. It must never be illegal if no choice was given. Women should NEVER be shamed, especially by Christians. When in these situations, they should be comforted and educated and guided – never shamed also, abortion is not an easy fix, though it seems that way. I’m a psych RN, and I’ve seen many women traumatized by their abortions.

It can cause long-term stress, guilt, and trauma – sadly, this is not covered by advocates. Women need comfort and education; not agendas. –yeahIbreedtreelizards

And we need to take a stand against it so no other person ever has to go through something like this ever again.

What are your thoughts on this? Voice your opinion in the comments below.