As if “Karens” were not enough.

The internet is full of wonders. Full of good and bad. We see different trends and viral things every day. Each day brings a bunch of new stuff to laugh at, gush at and shake your head in disbelief. The internet is a blessing that sometimes turns into a curse. It is fun when you are laughing at someone on the internet but what if you become the laughing stock for everyone? One little mistake can ruin you if it goes on the internet, a very scary place for the people who have seen others get cancelled for the stupid things they do as well but they are lucky they did not get exposed on the internet.

With cancel culture trending on the internet in the past few months, we have seen many people, be it celebrities or any other famous personality or your next-door neighbor, getting dramatically “cancelled” from everything once their bad deeds are shown to the world. It can literally ruin one’s life in minutes like a fall from cloud 9 to the ground. The internet never forgets, so it is impossible to regain your reputation.

Something similar recently happened that caught our attention so we decided to share it with everyone. A Redditor shared this story of a “Male Karen” who tried to aggressively barge into this Scottish tattoo shop in Glasgow and later accused them of mistreating him; also complained that they would not give him a tattoo. David McKinlay, the owner of Archangel 1608 Tattoo Studio in Glasgow, exposed the truth to everyone by putting the male Karen in his place and it is epic! Scottish people know how to handle such situations in the best way. Just facts with a hint of sarcasm. Scroll down to see what the male Karen had to say to the manager and how David Mckinlay handled him. 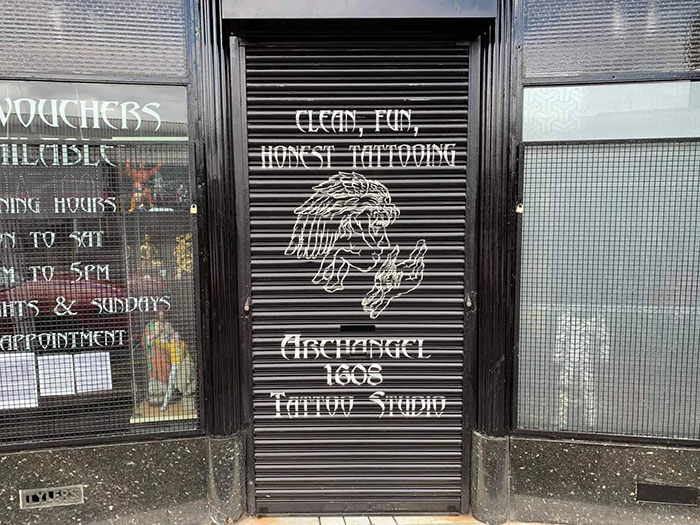 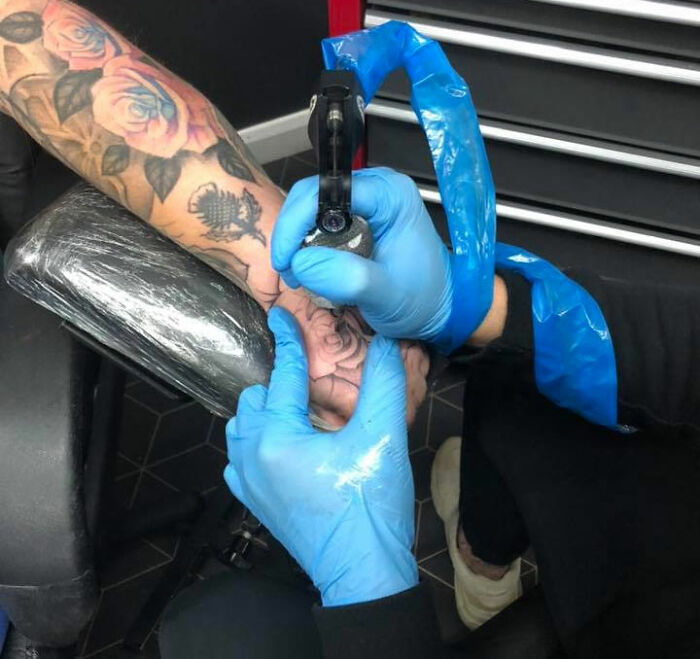 So, here is how it starts. 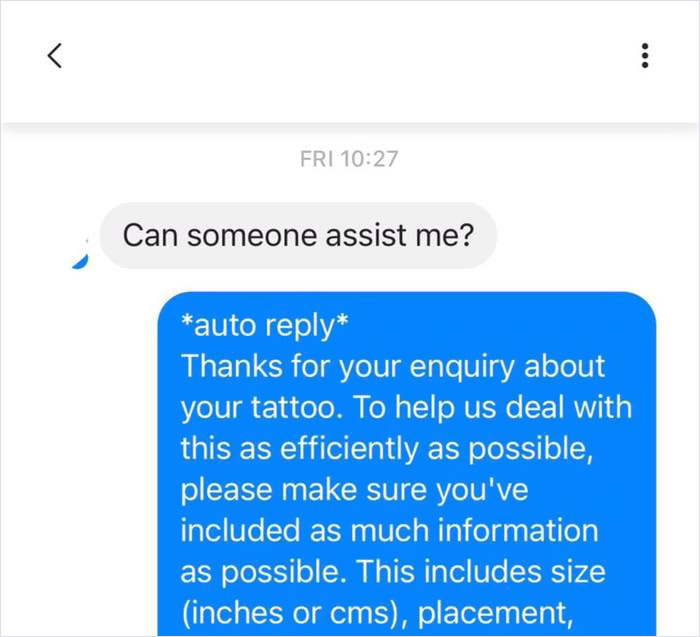 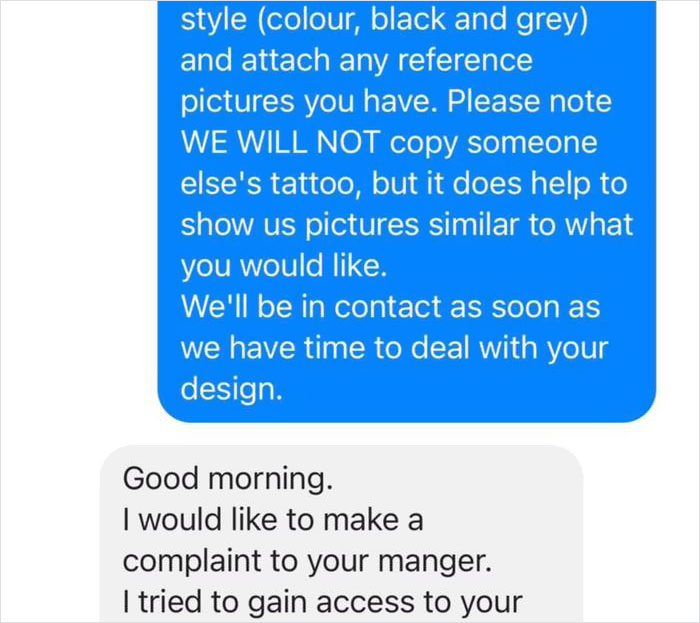 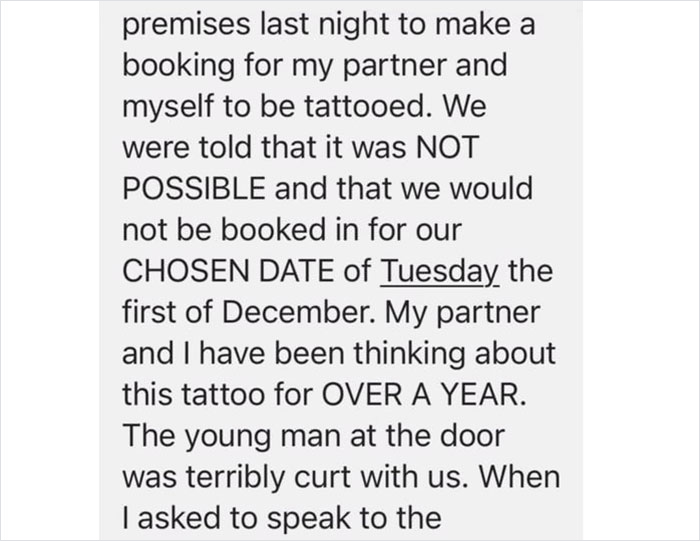 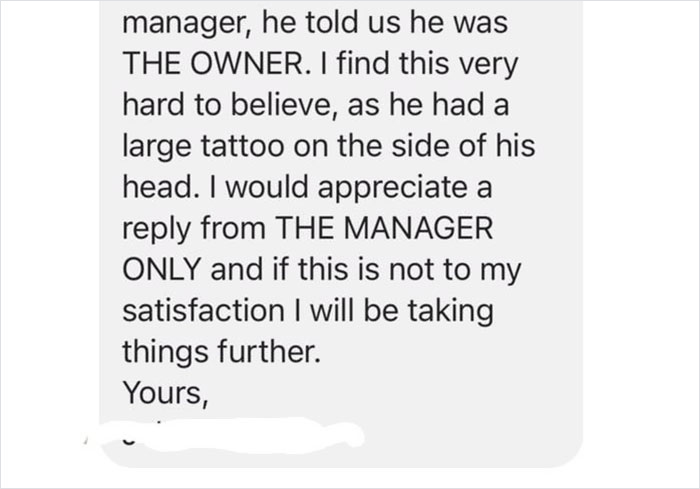 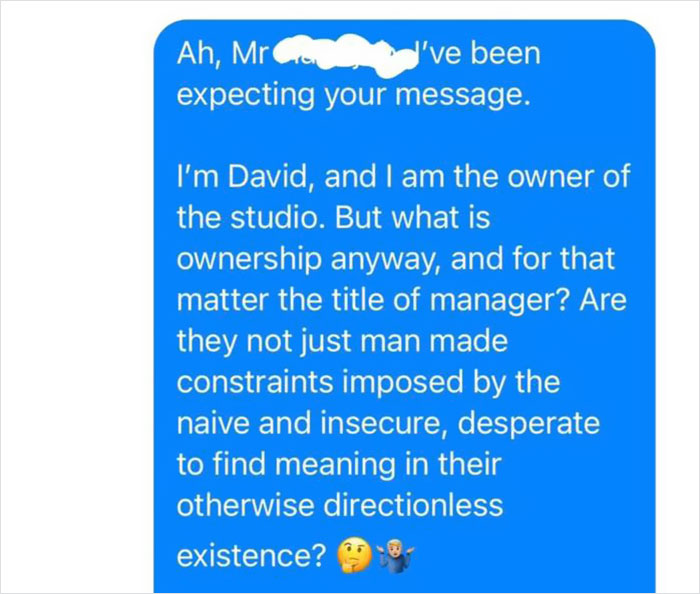 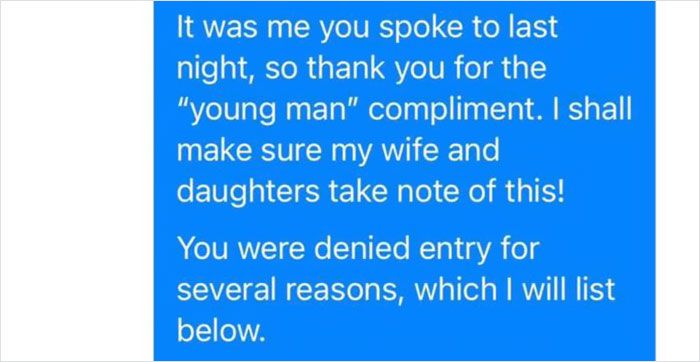 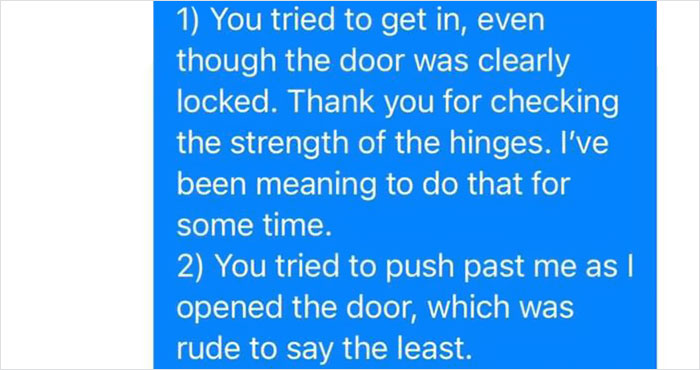 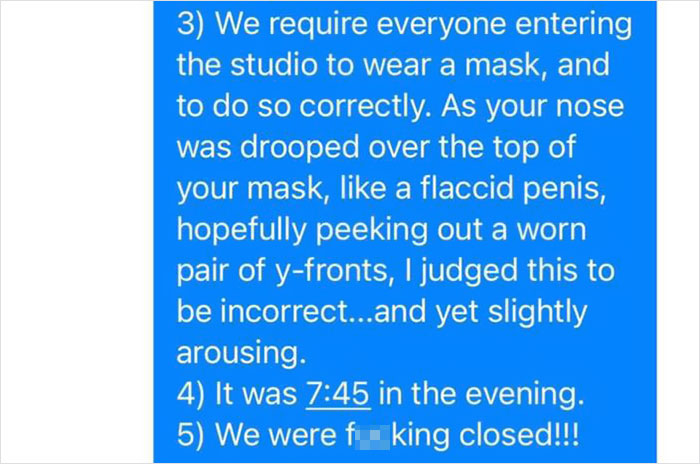 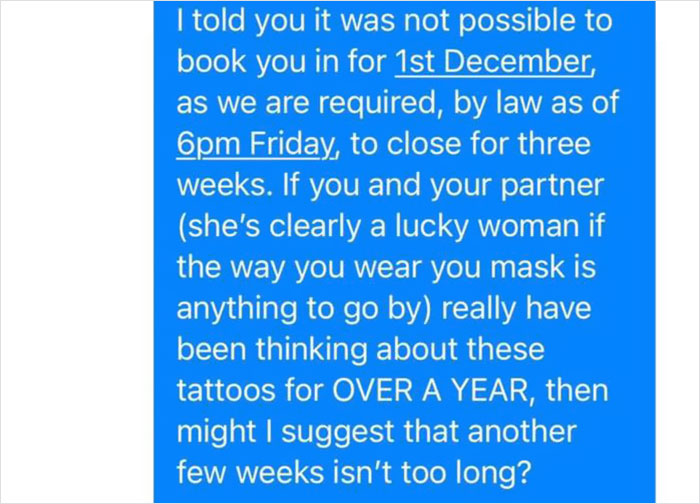 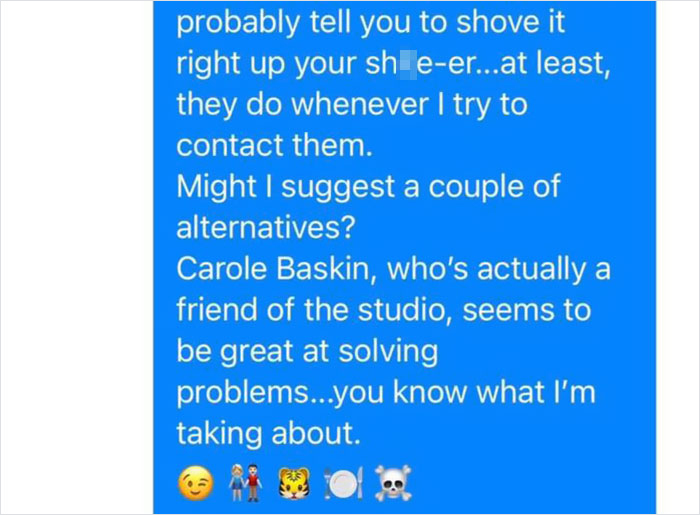 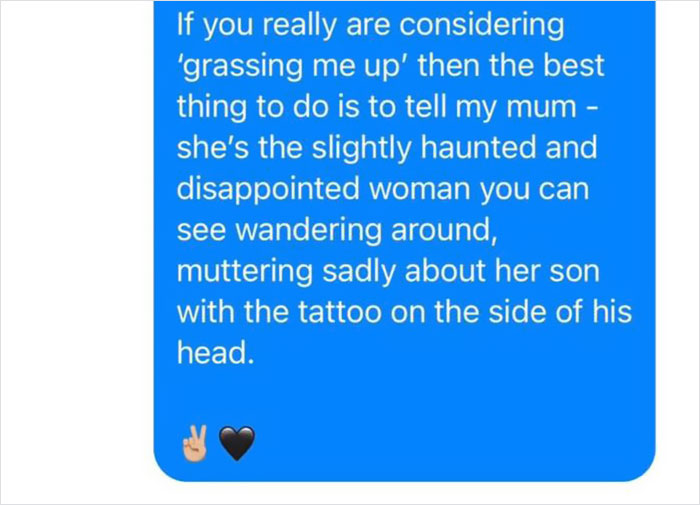 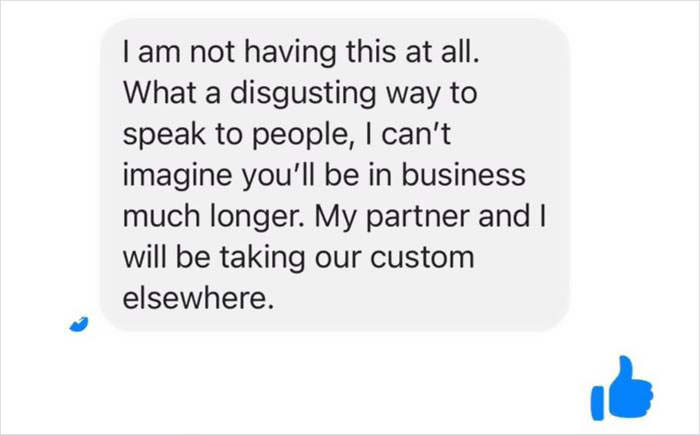 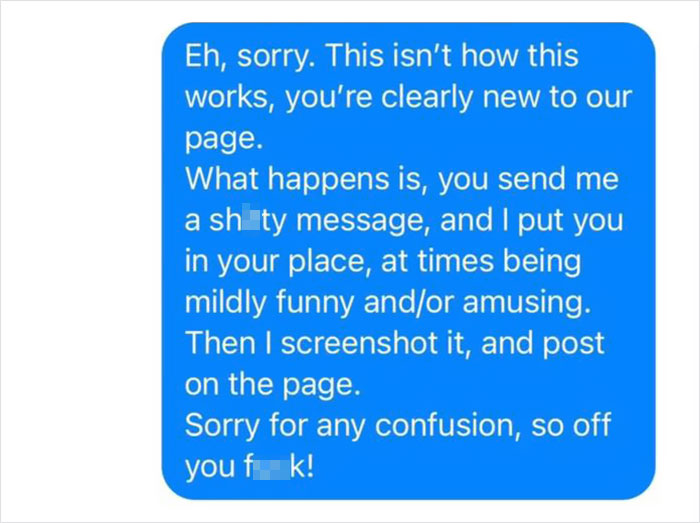 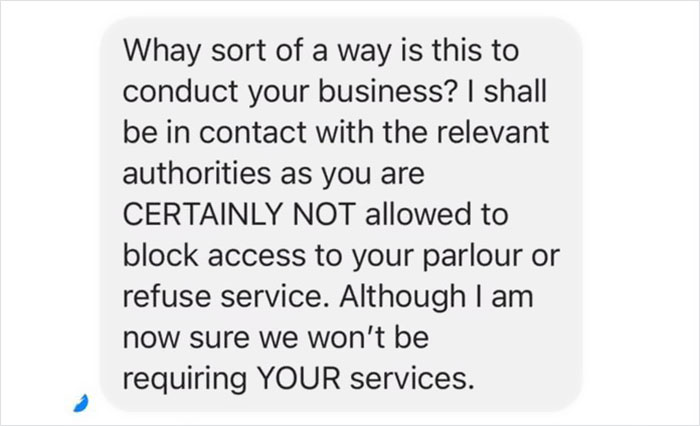 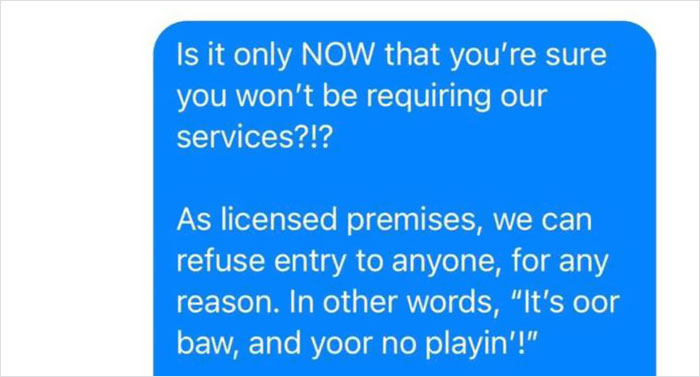 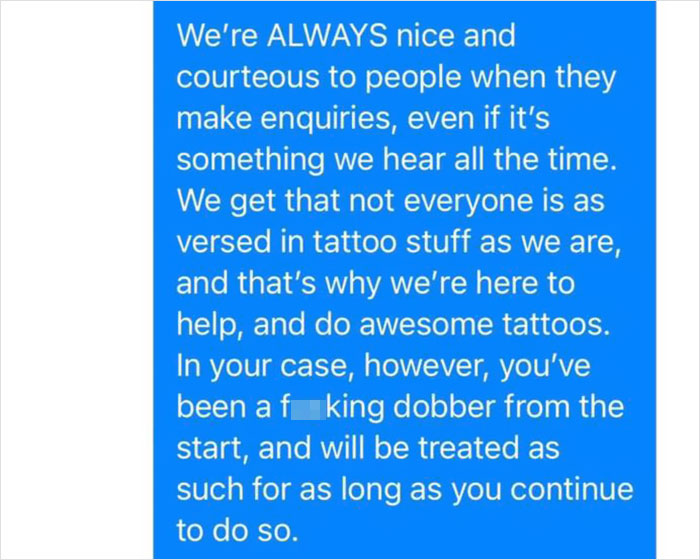 Fortunately for David, he revealed that he does not usually have to deal with rude customers like this male Karen often. He said, “You obviously don’t want to upset the person that’s making permanent marks in your skin! If someone is rude (repeatedly), then I’ll give it back tenfold. I’m not here to be abused or treated like an idiot. All we want to do is give people cool tattoos, have a laugh, and make sure it’s a great experience for everyone.”

The owner of Archangel 1608 Tattoo Studio said that the Covid-19 pandemic had really affected his business very badly. Like most businesses, they have experienced loss. They had to shut down their business for 3 long months in the summers but they are doing much better now through the support of the local community. “Fortunately, we have a lot of very loyal and very understanding clients who stuck with us, and since starting back in July, we’ve never been busier in the 16 years we’ve been here. In fact, we’re very lucky to have had another brilliant artist join us.”

What are your opinions on this matter? Whose side are you on? What would you do if you were the owner of a tattoo shop and you had to deal with a rude customer? Share your thoughts in the comments down below.