Cats are naturally very attractive and naive. Their innocence is one of a kind that attracts us and urges us to instantly pet them. Not to mention, they’re too damn aesthetically pleasing and definitely one of the most clean animals we would ever come across. They always like to keep clean and that is why they are almost always grooming themselves. Another reason to keep themselves clean and presentable is that they love to get some human attention. That is why they meow whenever they see a human nearby.

However, not all cats know how to interact with humans as some of them have never seen one, because they are living in the wild on their own. In places where there are no humans, at least not much of them, places like forests and jungles. So those cats don’t meow much as they communicate with scents and chemical cues. They don’t really have an idea of how to interact with a human once they encounter one. For better understanding see this Tumbler thread about a man who became friends with a mom cat living in the forest with her kittens who had never encountered a human before. Scroll down to read the entire story.

Befriending a feral cat living in the forest. 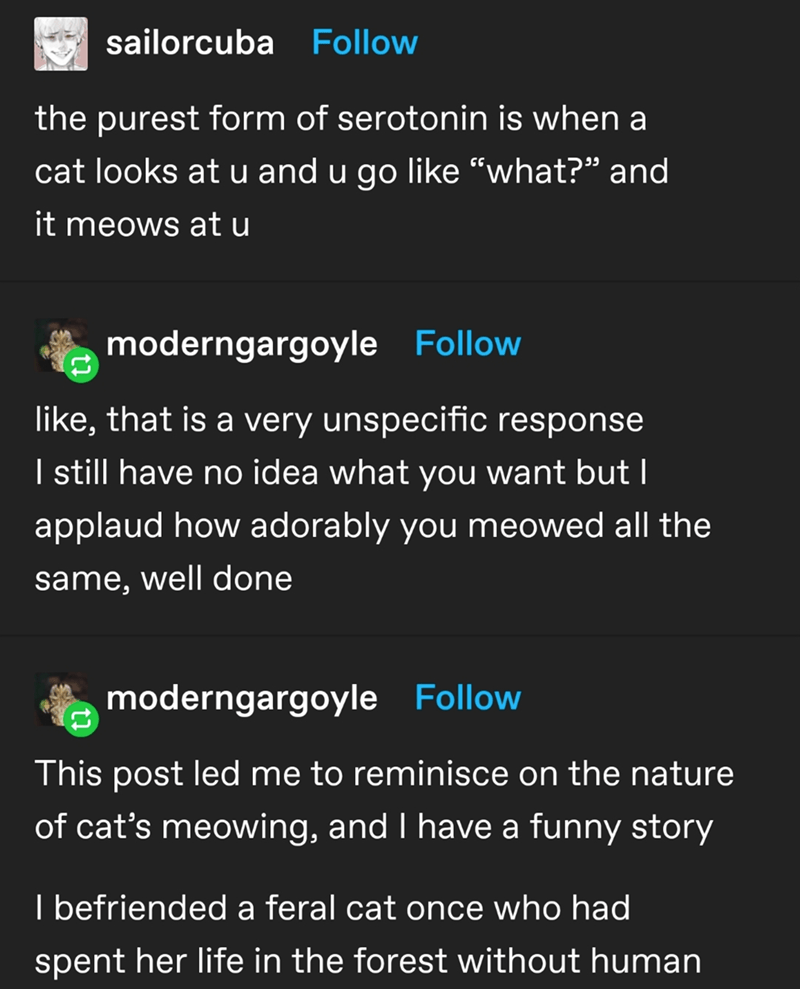 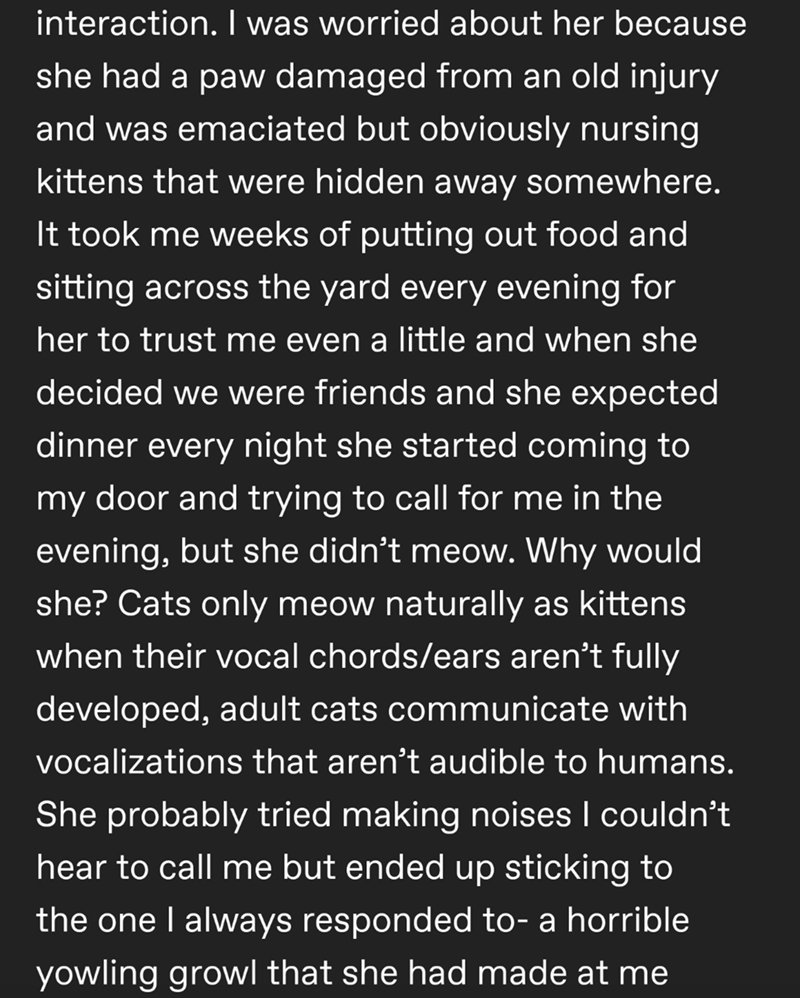 It’s funny how cats don’t usually meow when they communicate with each other, unless they’re in heat. That’s when they vigorously meow until they’re off heat. Cats have a very special way to communicate with each other. They use very little meowing and use mostly their body language and scents to communicate. Basically, cats have scent glands in different parts of their bodies, like on their lips, nose, forehead, cheeks, flank and tail. They excrete some pheromones that aid in communicating with other cats. These scents are not pungent and humans can’t really smell or hear them out. So whenever a cat meows, it is definitely talking to us humans asking for food or calling for attention.

The cat doesn’t know how to meow. 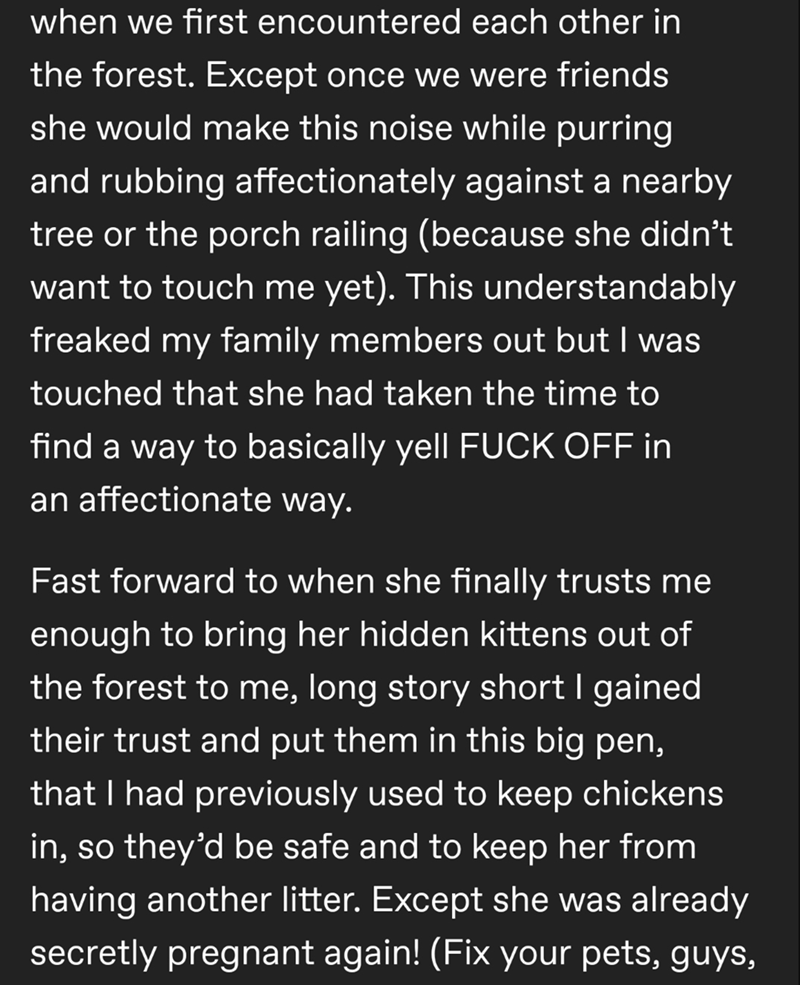 Kitty gives birth to four beautiful kittens in the pen. 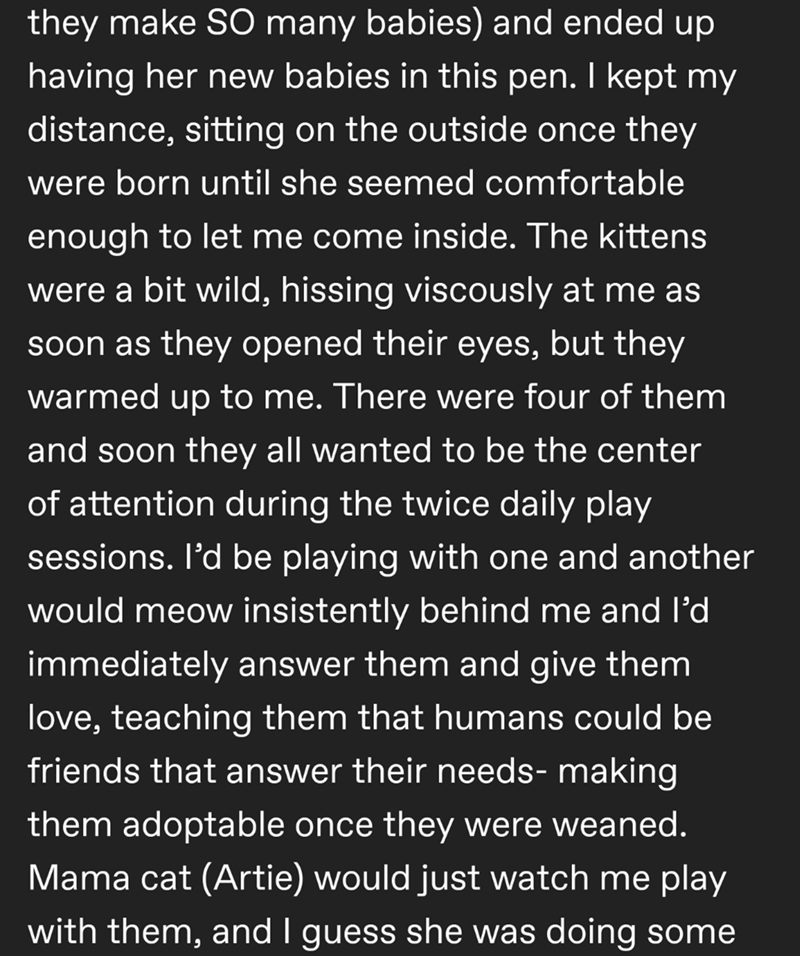 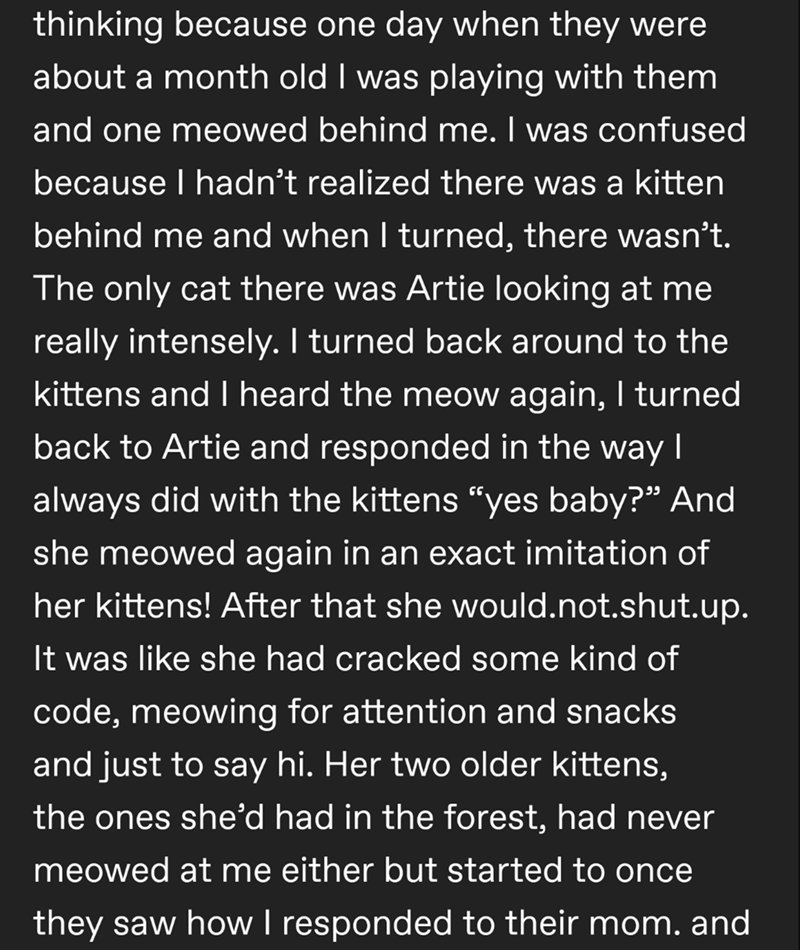 Imagine befriending someone who’s not your kind. 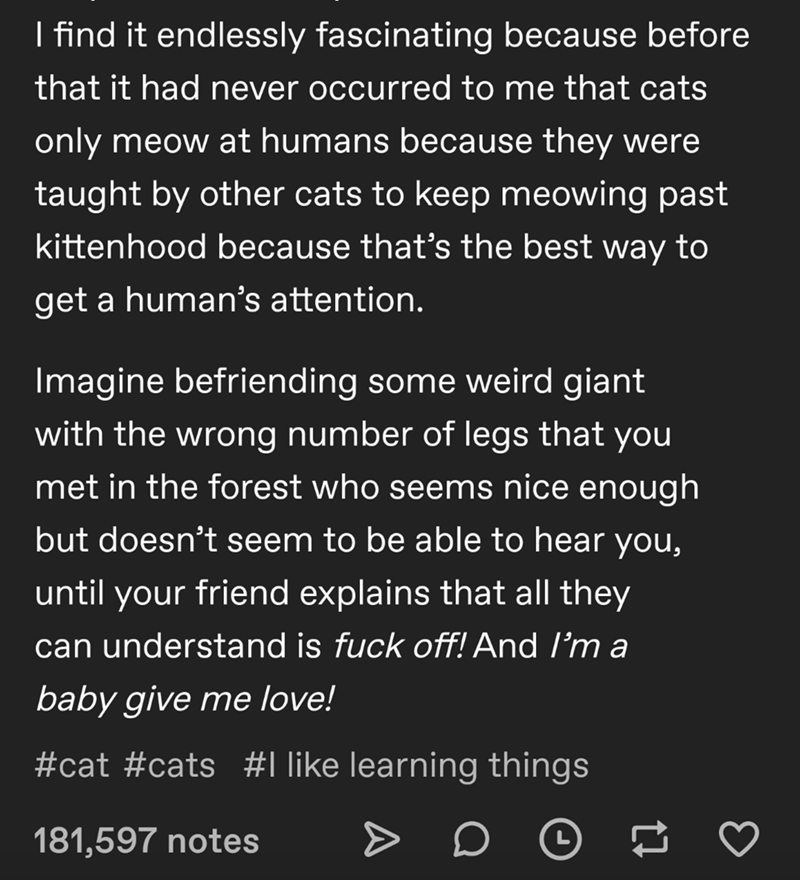 This is an extremely heart-warming story. Cats are too innocent and pure no matter how evil and cunning they may appear to be. They deserve to be treated with the utmost love and kindness. We sincerely hope that every kitty finds a loving home and a caring family where they can live happily ever after. If you have rescued and adopted a homeless feline let us know about its story in the comments below.