Your boss does not always know what he is doing.

We live in a day and age where we do not have to follow rules without questioning them. If it sounds absurd, you really have to question the system and find out the logic behind it. However, if you are getting paid to follow silly rules that require no work, who wouldn’t go for the opportunity? Managers can be a pain in the butt but we all have to deal with them. After all, we work for them and we can not argue with them much. If they say they are right, they are right. We have to agree with them even if we know it will cost the business some loss. It is a sad reality that we are not allowed to use our own brains in the workspace sometimes, but that is okay as long as we are getting paid for it.

This employee was told by his manager to stand near spills and wait until someone came up and cleaned them up for them. When he tried to clean it himself once, he got in trouble with his manager. So the next time he saw a spill, he stood near it for hours because nobody else came in for help. Scroll down below to read the whole story.

Op tells us about their horrible job at a Walmart which if anyone of us has worked there can agree without having a second thought. He also lets us know that there have been a lot of stories but he’s focusing on this one currently. 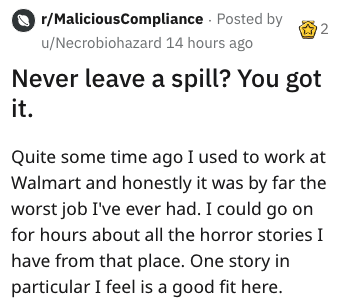 Op tells what were the the rules around seeing a spill. 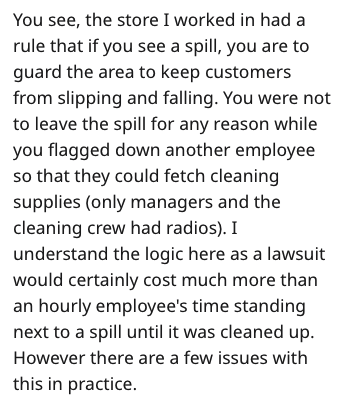 He tells us about the department he was assigned to and how the cleaning stations were just a few steps away. 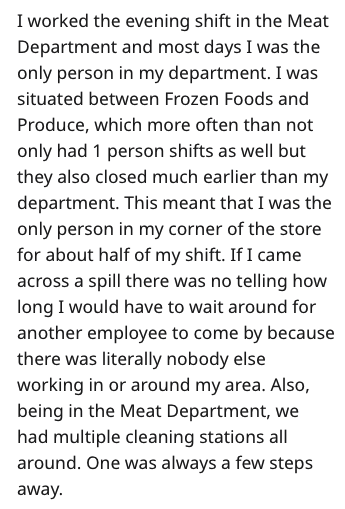 He saw a spill and decided to take care of it himself. 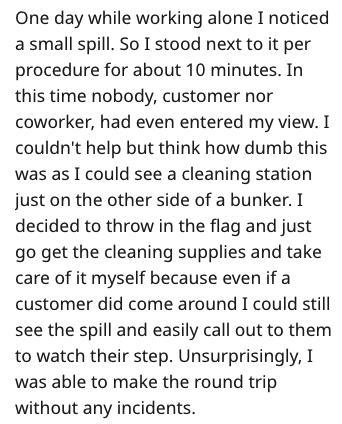 And then the manager shows up and the drama begins. 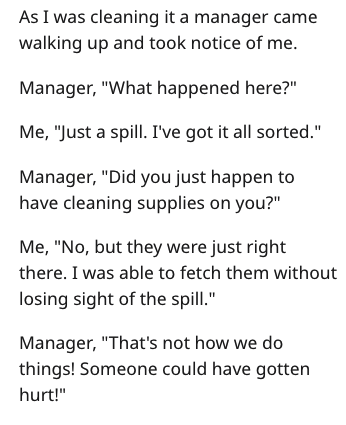 The manager kept on arguing with Op. 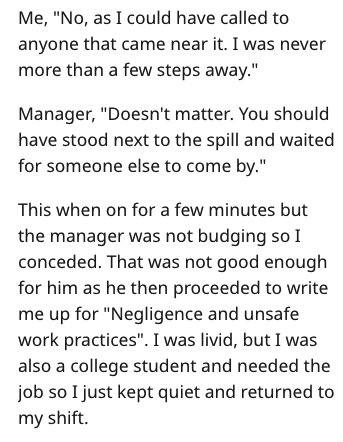 This time he followed the stores absurd rules regarding spills. 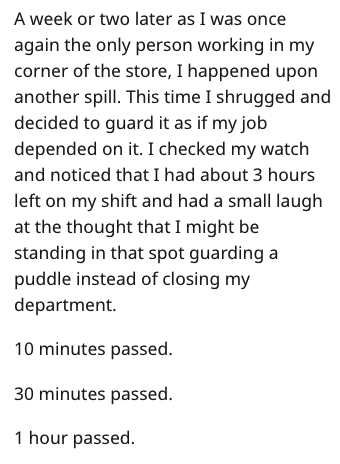 Op was bored so he had a little fun. 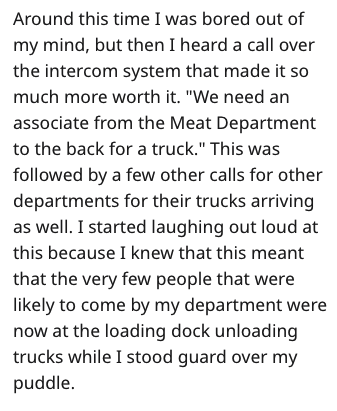 No one came to his aid. 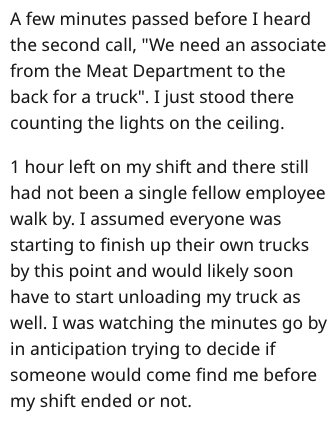 The same manager showed up and things went on for a while until he got mad. 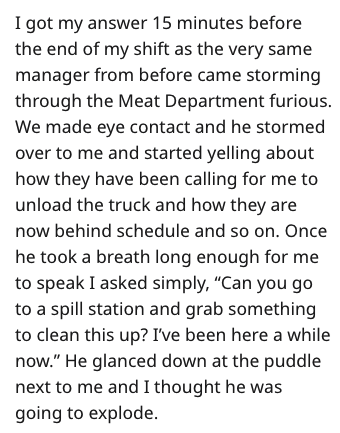 Op rightfully so explained the situation he was placed in because of his previous encounter with the manager. 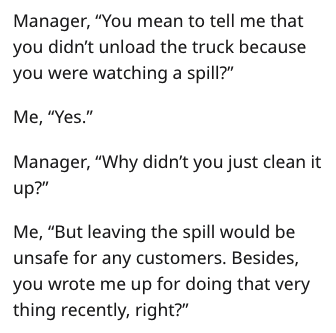 He asked Op to clean the spill. 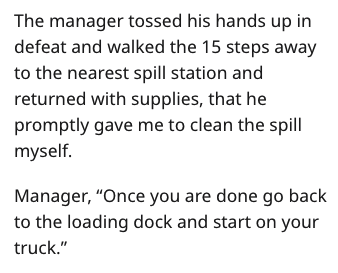 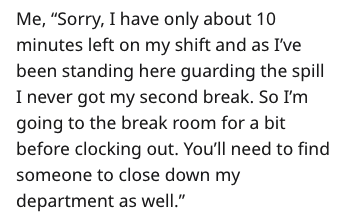 This is where Op just won. 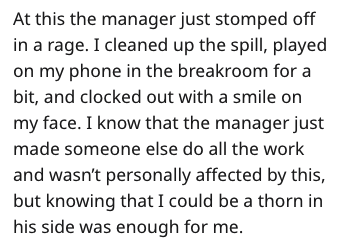