Disney had shaped our early years into magical worlds full of wonder, magic, and entertainment. Despite the fact that Disney continues to produce a large amount of new stuff, it is possible that this is the only time people will see these famous Disney characters make an appearance in these well-known films and television shows. Consider the wonderful possibilities if Disney characters were real actors in real movies?

Seeing our childhood Disney characters in the cast of movies and TV shows is one of the dreams that we all have dreamt of to date. One of the talented artists named Gregory Masouras from Greece made this dream come true. Still not convinced? In that case, why not have a look at this stunning piece of work for yourself? A set of unique drawings depicting fantastic imaginations and thoughts are sure to inspire you.

With the concept of classics, we’ve compiled a range of Disney characters from classic films and popular television shows. The combination doesn’t look weird and strange at all. As far as we’re concerned, Disney’s iconic characters—even if they’re fictional—seem like natural-born actors who fit perfectly in with today’s popular culture.

A “just one more appearance” would be a dream come true for our Disney movie characters and who wouldn’t love to see them? We do, and we are sure you are also waiting to have more glimpses at this incredible artwork.

So, scroll down and enjoy!

3. All of these princesses are looking simply stunning.

Every artist loves to do “Disney experiments”, some of these artworks of Gregory Masouras’ are called #AnimationInReality project. Do you know, Gregory started his artwork in 2012 and has since gained a huge following of 136k on Instagram. Wow!

In the beginning, this artist started his artwork as an innocent experiment. He set out to photograph the city of Athens using the camera of his smartphone. In the course of one fateful day, he came across a cloud that resembled the batman logo.

He stated: “The moment I started editing that photo, an idea was born in my mind,”

4. A Beautiful Illustration of American Beauty!

Since he first came up with the idea, he pursued it relentlessly. In the beginning, he started adding the faces of well-known figures to his images via photo editing software. Because they’re so well-known, Disney characters draw the artist’s attention.

The artist discussed his passion for reimagining Disney characters and why he enjoys it so much. He stated: “integrate into reality. My purpose would be the liberation of the adult imagination by using tools that were up to now reserved for younger audiences.”

Gregory’s focus is “to combine all of the Disney characters with current events, personas, pop culture and different projects.”

6. How does this artist generates such wonderful concepts?

7. Cinderella, is that you?

14. Queen Grimhilde perfectly fits in every scene. No?

16. Why does the lady from Hercules looks so shocked?

17. If these characters were cast, it would be one of the greatest series ever.

18. Ariel is looking absolutely gorgeous in this dress.

19. Cinderella, The queen of hearts and Drizella in “The Favorite”

20. Another version of Scream Queens!

Aren’t these images awe-inspiring? These photos have wowed us, and we have no doubt they will do the same for you. Which one did you like the most? Let us know in the comment section below. 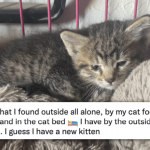 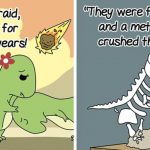