As many owners of cats already know, their feline companions often decide to do things without permission or announcement, disappearing for hours, sometimes days at a time. Especially if it’s an outdoor cat. In Bridgend, South Wales, a cat named Gandalf went around the neighborhood doing cat-like things as cats do, but for once, it did not go smoothly. Not everyone is a huge fan of cats, some of them straight up hating them.

But as it stands, Gandalf went around the neighborhood and decided to bother one of the neighbors who angrily wrote a letter and stuffed it into his collar. This angry letter was fully capitalised, but the way it was written, certainly makes it seem as if a child wrote it. And poor Gandalf probably didn’t even understand exactly what made his new friend so mad at him, just look at his innocent little face! 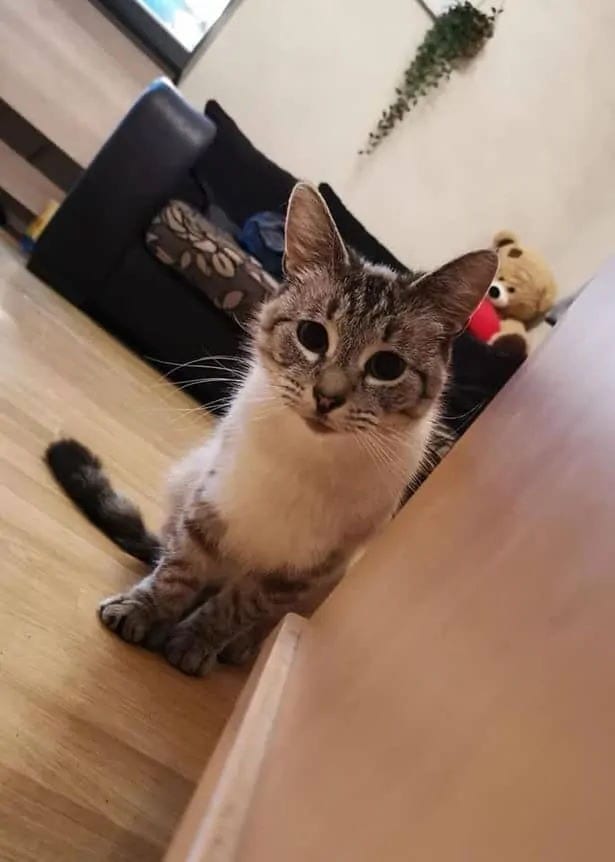 This was the letter in question 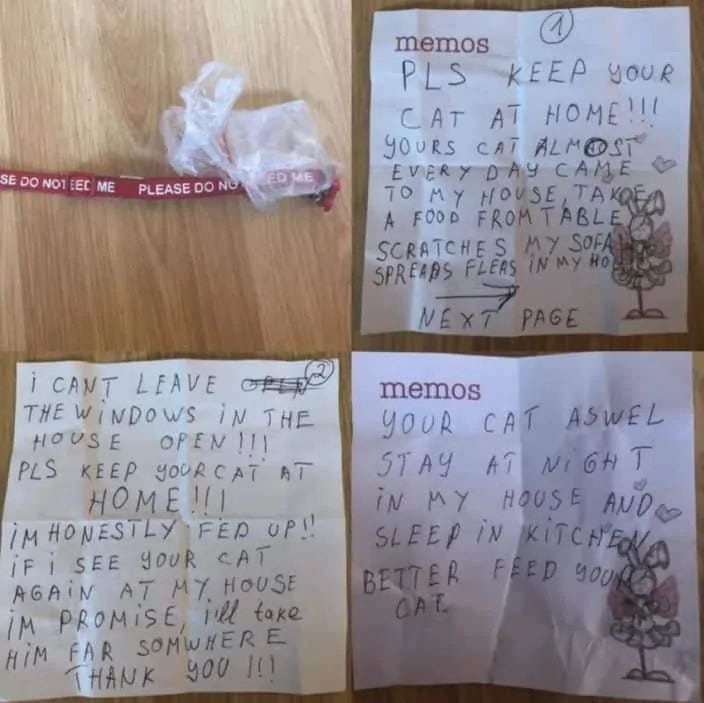 Please keep your cat at home. Your cat almost every day comes to my house, takes food from the table, scratches my sofa, spreads fleas in my house. I can’t leave the windows in the house open. I’m honestly fed up. If I see your cat again at my house I promise I’ll take him far somewhere. Your cat as well stays overnight in my house and sleeps in the kitchen. You better feed your cat.

His owner was amused by the situation. 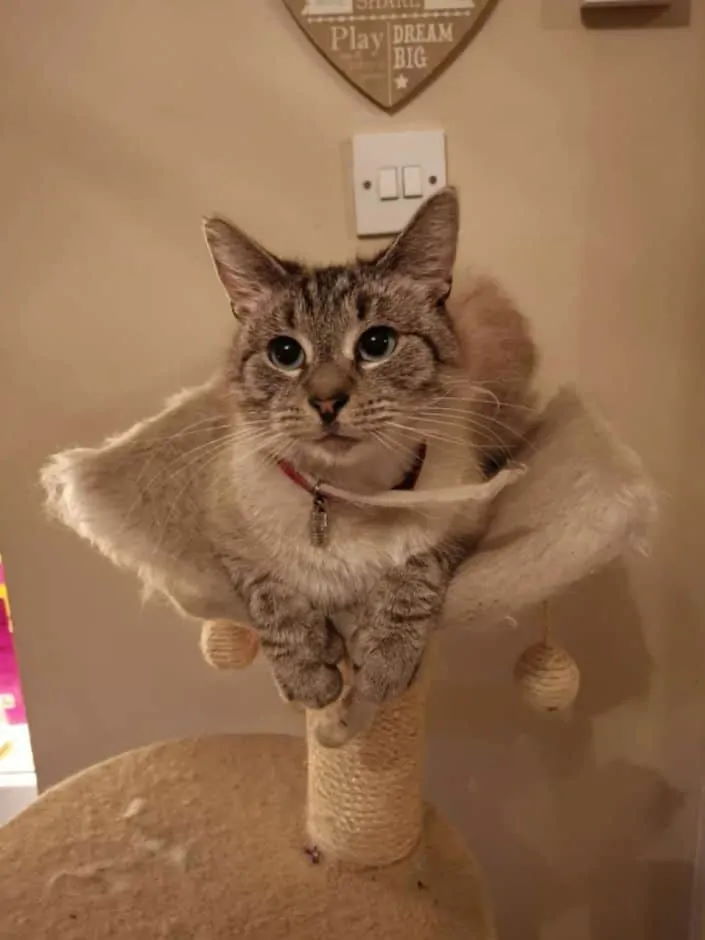 The owner, Chris, said this;

He is a bit of a nosy cat, he goes out and he does his rounds, as cats do. People know who he is in the area, he is very sociable and loves people. Even if he does visit people, we have never had any complaints about him before. He spends nights and evenings in our house. He has a lovely character and me and my girlfriend have never had issues with him scratching our furniture. It is cheeky of him to enter someone else’s home but we also have had no knowledge or control over this up until now, he will now have to be kept inside for the rest of our time living here.

What about you? Has your cat ever pulled a stunt like this? What did you do?