We all make mistakes.

We all are humans, we make mistakes and we learn from them. This is life, this is how it works but some people manage to do some extremely hilarious things as mistakes and some plan on repeating their mistakes. they surely do because they are not least bit ashamed of doing that in the first place. We are not complaining because some of them happen to be these people who accidentally on purpose used their pet’s products, most of them liked it so much they might try those products often. It is very amusing and entertaining content, we do not often come across such people who enjoy eating dog food. Yes, you heard it correctly. That is a shocker, right? We were just as much surprised as you are if not more. Who would have thought cat treats could be a good snack or how dog shampoo can be good for human hair, too. Well, if you have always wondered these things but never had the courage to try these things yourself then let me tell you, it is your lucky day.

We have found a bunch of people on the internet who tried their pet’s products and gave their honest reviews publicly which is so hilarious, you will get bellyache from laughing. Shockingly, most of them did it on purpose and some of them did it accidentally. Anywho, it was so funny we had to share it with you guys. Keep on scrolling down to read those comments yourself and have a great laugh…

2. How did she not see the cat on the wrapper? 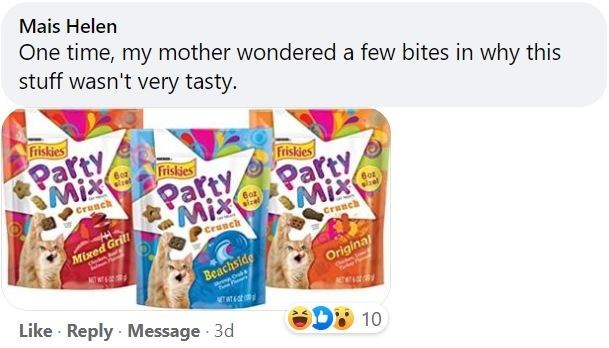 3. Oh, this is so embarrassing.

5. How can someone eat dog treats without noticing this is not for humans?!

6. Glad you liked the results.

I am laughing hysterically, the fact that most of them ate dog food and cat treats without realizing that it tastes suspicious before finishing the whole thing. This just does not sit right with me. How did they not see the wrapper or the container of those treats? How can be one so foolish? It is hilarious, sometimes someone’s stupidness can bring many people a burst of good laughter. I have nothing to say about that lady who used her dog’s shampoo. On purpose, might I add. You guys are wild, always doing crazy stuff. Keep on scrolling down to read more comments of people telling their hilarious stories of trying their pet’s products…

8. Did your daughter end up crying on the floor the whole day or she liked it? We want to hear the whole story. 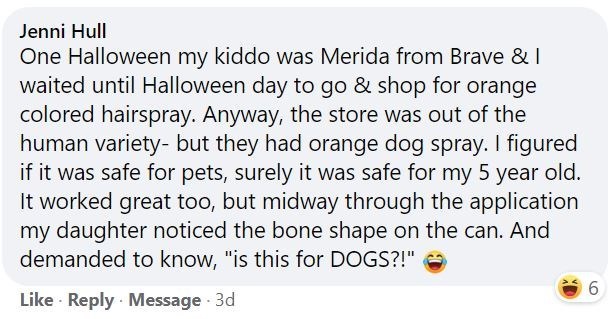 10. I bet you started using that dog shampoo often.

11. So thoughtful of you to leave a review on Amazon.

12. Oh, God. I can imagine her husband’s reaction after finding out he ate the dog food instead. Hilarious!

I just hope that whoever used the dog shampoo is doing okay. I hope those shampoos work the same on humans as well as they do on animals. Have you ever used your pet’s product? What was it and why? Tell us your story in the comments down below…