Dogs are very loyal animals, be it any breed. Some get dogs for security purposes, and they get their purpose fulfilled right on. Some people get dogs because they feel the need for a partner, a helper, a loyal friend. And dogs are excellent animals to serve that purpose, as well.

According to American Pet Products Association, as of years 2015-16, approximately 78 million dogs are owned by dog owners in the United States alone. This should give you a slight idea that people like to adopt dogs. They are very cute, legitimate, and adaptive animals.

These 22 pet owners decided to do the exact same thing. They wanted to make a new addition to the family. They wanted to get themselves a new dog. But got tricked into buying something entirely different. Now don’t worry, we can assure you they are legit dogs, but let’s just say they have adapted their styles of living to some certain other animals out there.

Let’s sit back, relax, and have a nice laughter therapy together.

1. I think this doggo is broken. Is he really supposed to that thing with its legs that cats do? 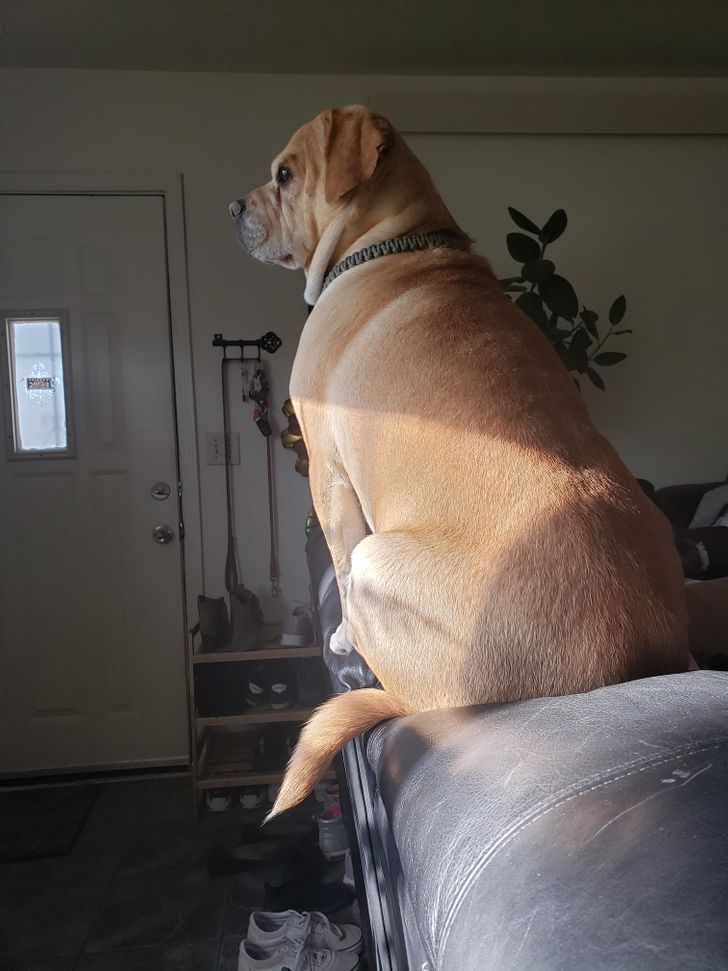 2. Seems like this one is trying super hard to convince its owner that he’s a cat. Nice trick, with folding your limbs in doggo! 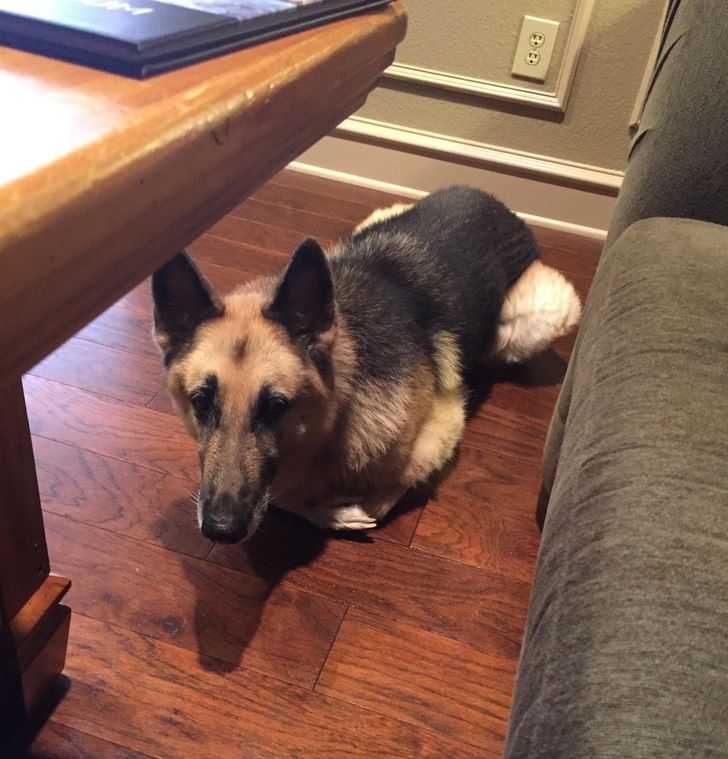 3. Tbvh, never in my life have I seen a dog sniff a kitchen slab. He must have some cat friends. 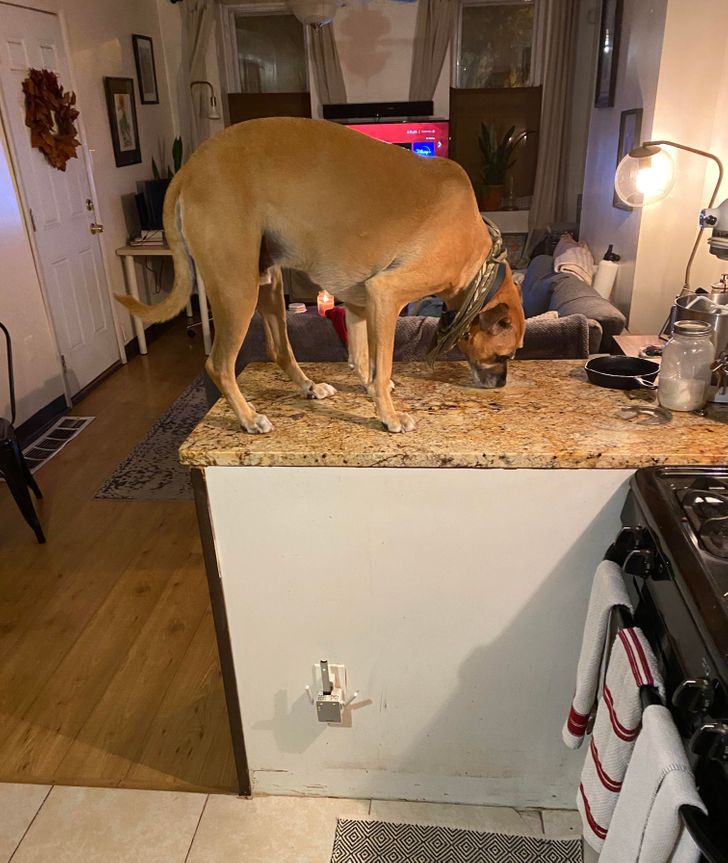 4. Ukw? It’s a simple case of a different animal, different body. So that’s how these owners got tricked! 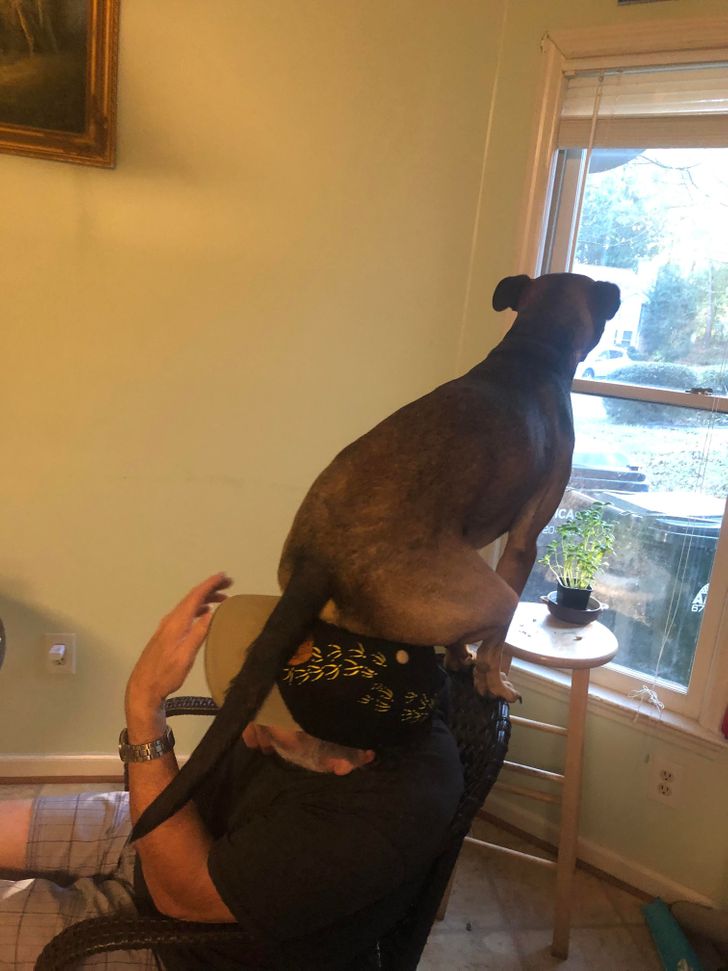 5. This owner said, “I wanted a dog but I’m pretty sure they gave me a cat.” Even the doggo is trolling through the wink! 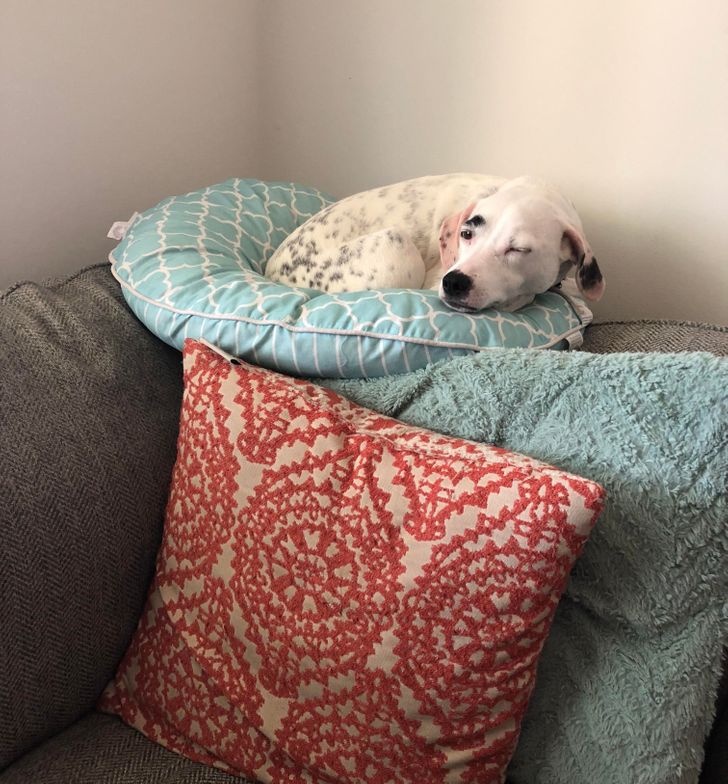 6. Look at this adorable cat sitting next to her hooman……oh wait….that’s a dog. Let’s move on! 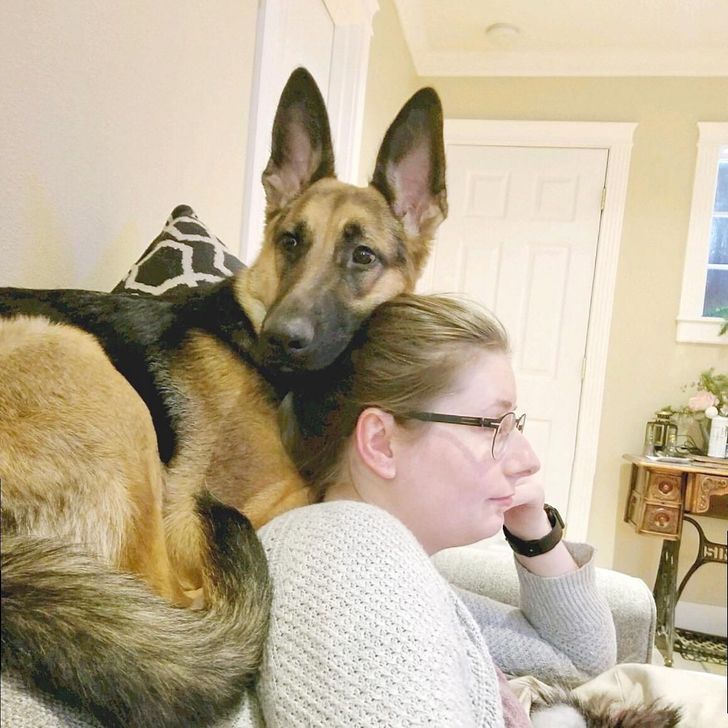 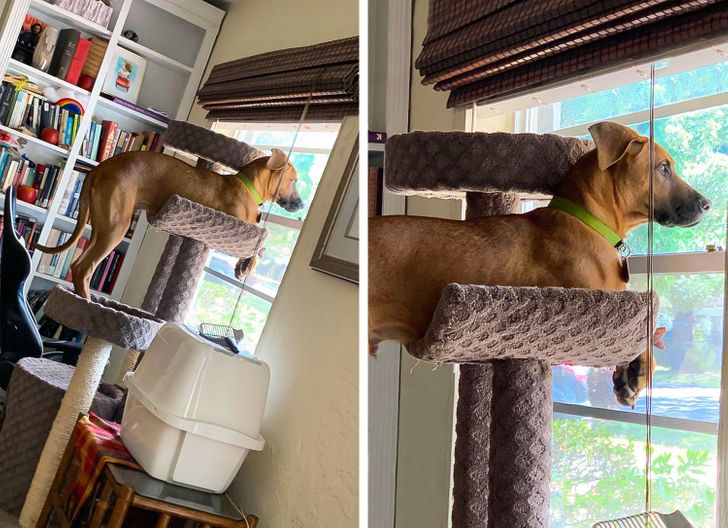 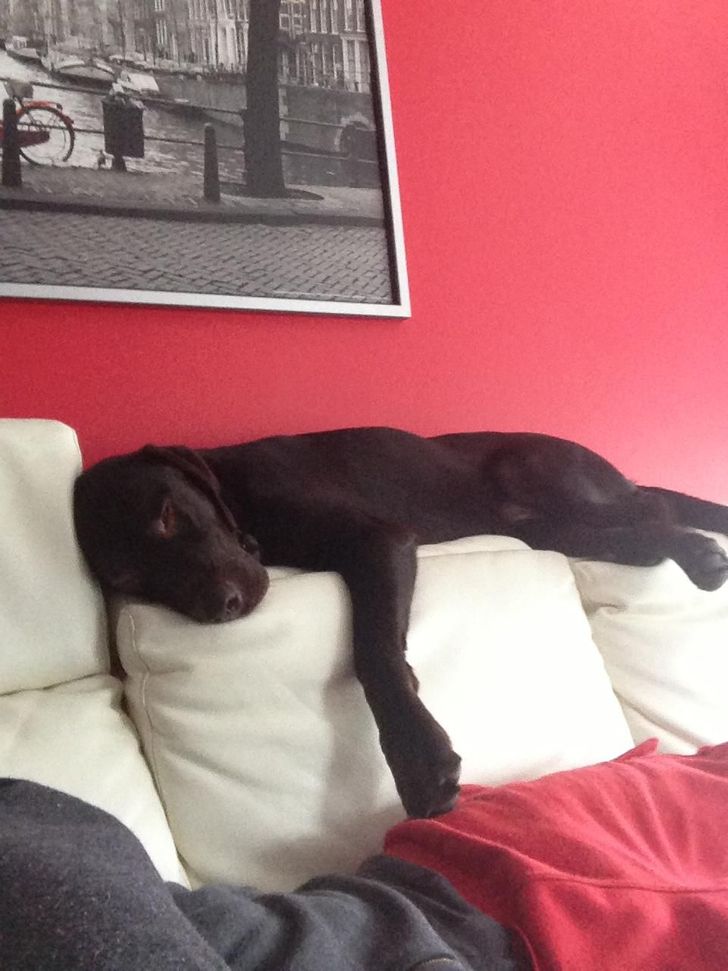 9. “My girlfriend moved in and brought her cat. Since then, I’m pretty sure my dog has started to think she’s also a cat.” Oopsie! 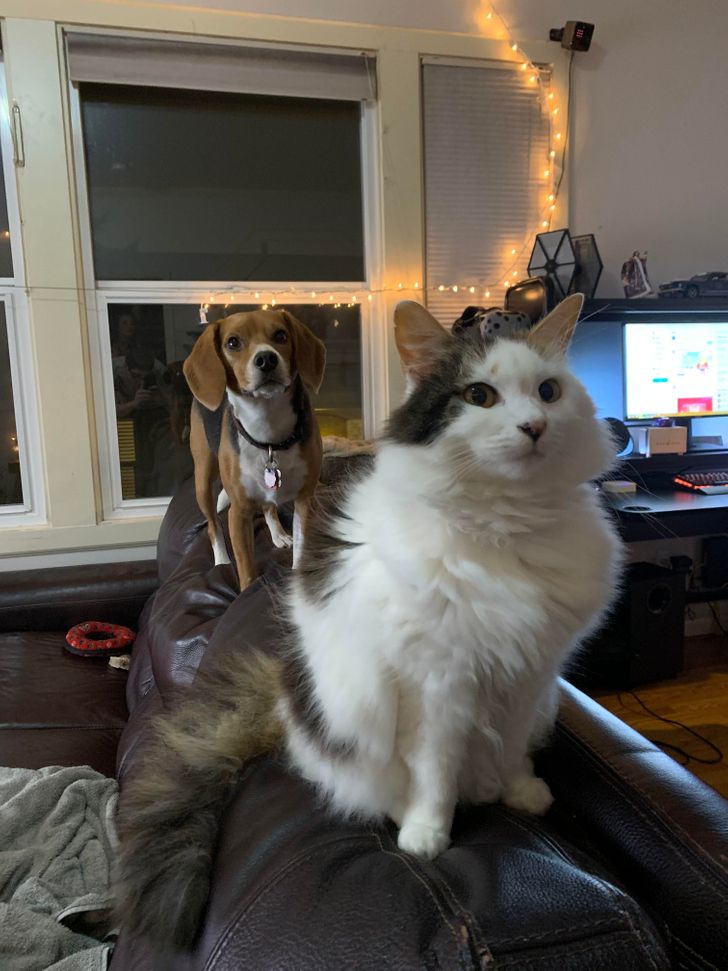 10. Can they actually do that sort of stuff? I used to think dogs are slightly more sane than this, but I think I know exactly who’s company this doggo has been in recently: a cat. 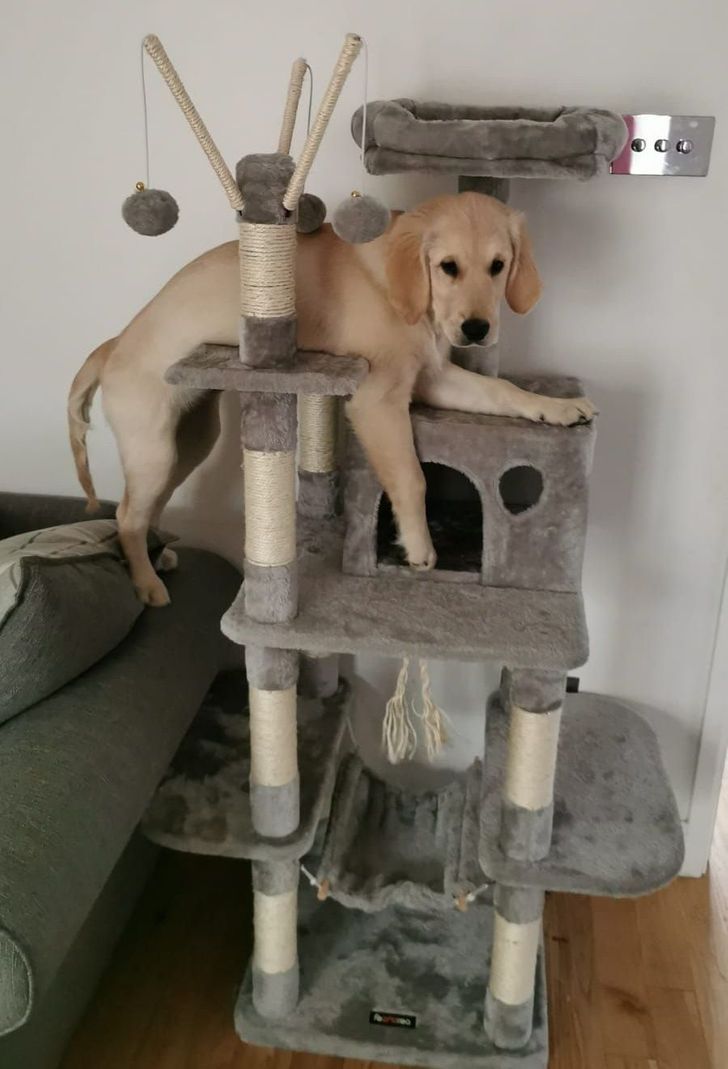 11. “Marty was raised by cats. Can you tell?”, said his owner. We’re right behind you Marty’s hooman! 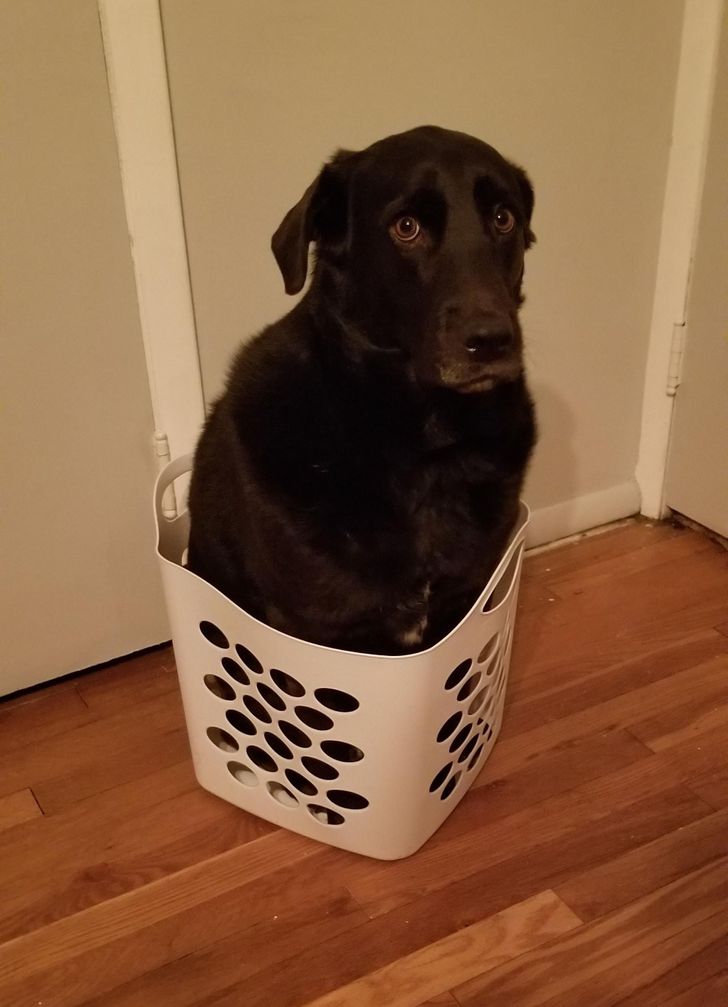 Dogs are very adaptable creatures. They are very quick to make the household routine, schedules of walking up, pooping, having, lunch, playing, dinner, sleeping, anything you name it, once they get familiar, it’s no challenge for them to memorize all of it.

Perhaps, this exact quality of adapting has made most of these dogs behave like they aren’t dogs due to being in other animal’s company.

Honestly, after seeing all these pictures, we wonder how the cats would have reacted to these dogs impersonating them.

That is exactly how we feel as well, little kitty. 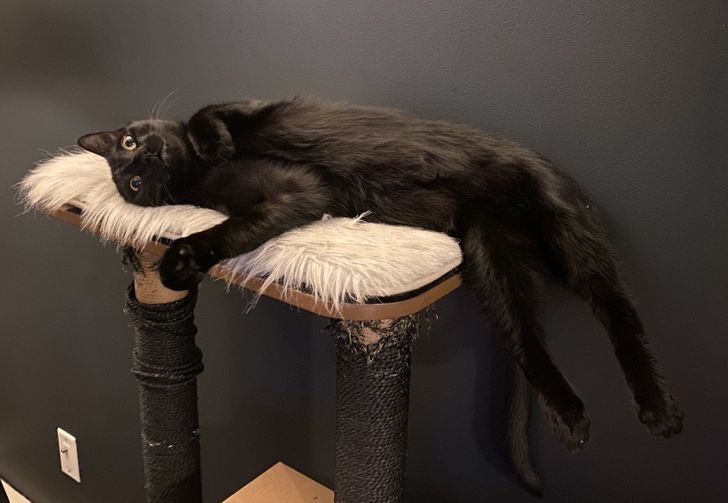 This has been so hilarious so far and we’ve got lots more to show you. So refill your snacks and get ready to resume the ride.

12. Dexter the dog, who doesn’t understand the concept of legs, and probably thinks he’s a goat! 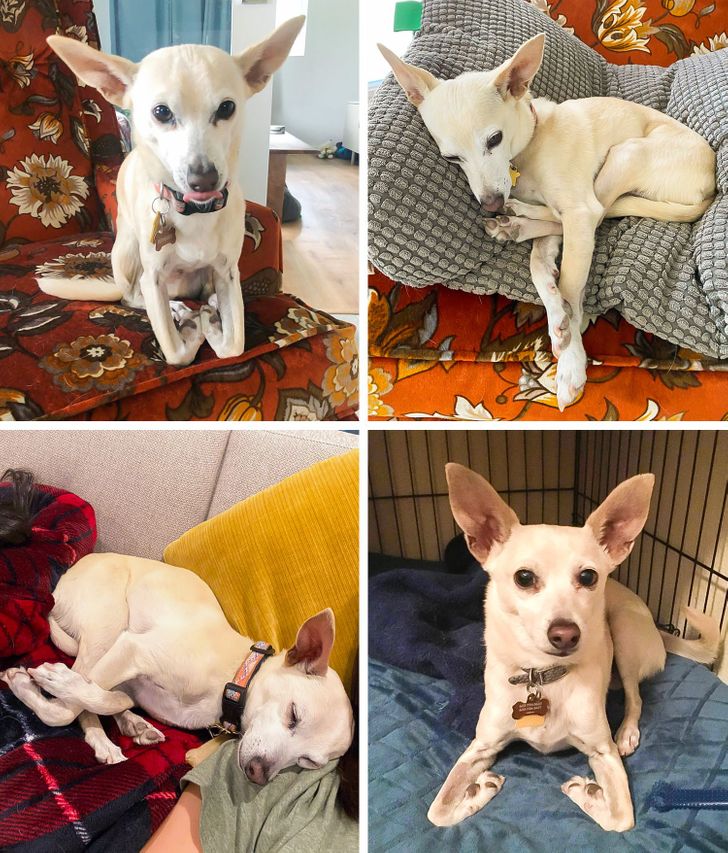 13. Can anyone update us, since when did cats start raising dogs? 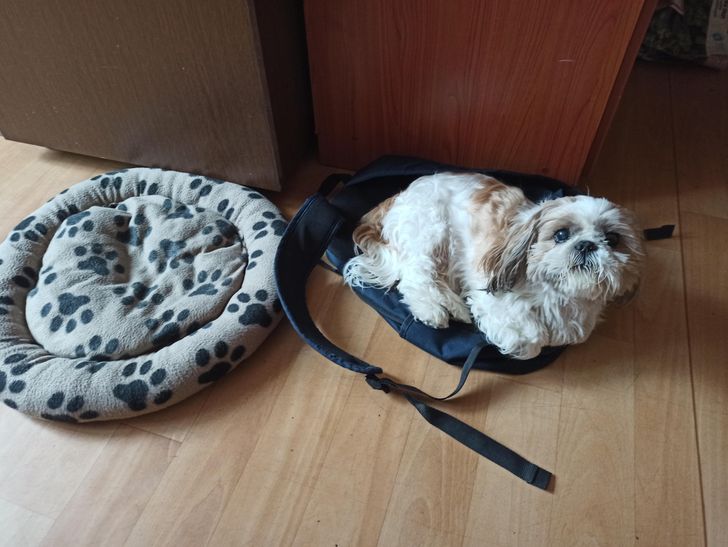 14. This Redditor said, “My friend’s dog has clearly been spending too much time around the cat.” We honestly thought that was a cat, at first glance. Dammit! 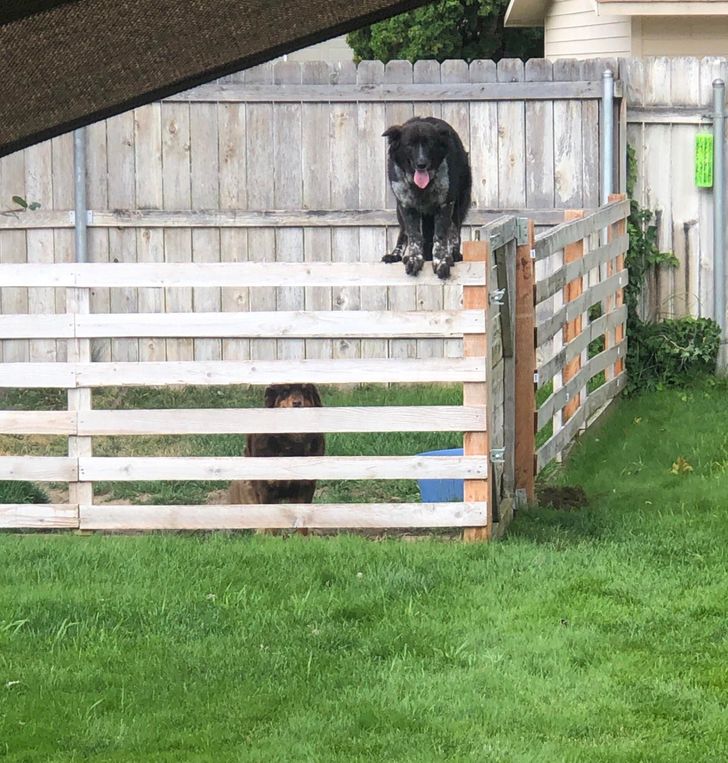 15. His hooman said that he was a nice, good doggo until he turned into a kitty cat. Why is it always the cats? 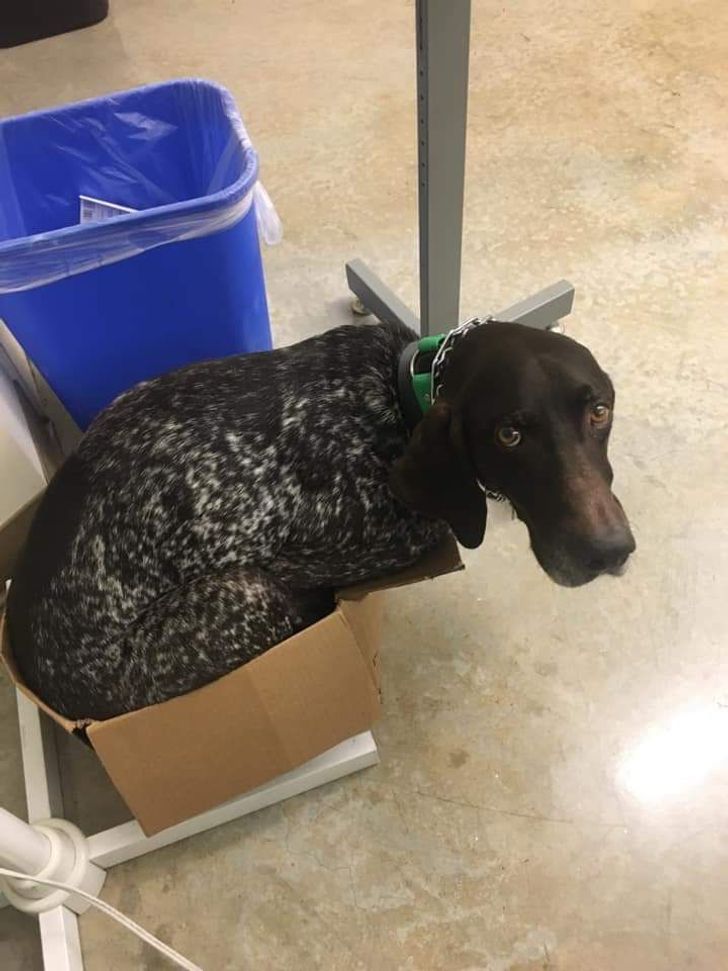 16. This owner won the internet by saying, “She was my New Year’s present to myself 6 years ago. I’, still not sure if she’s a meerkat, kangaroo, or a cat.” So the dog isn’t even an option here. Don’t worry hooman, we don’t know either. 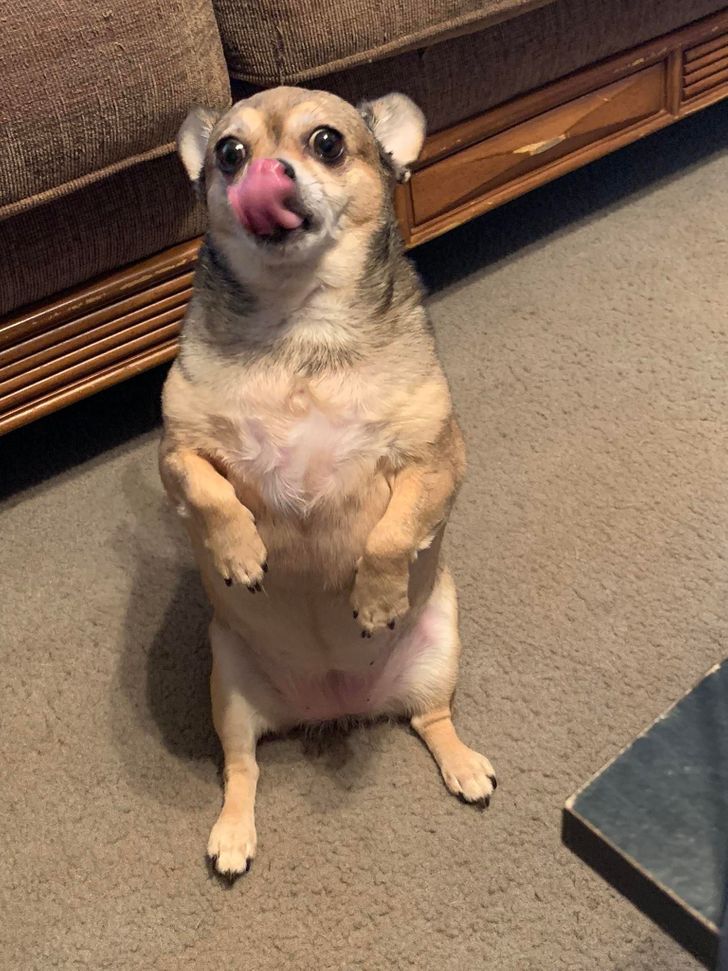 17. This dog’s owner is stuck in a dilemma of their dog’s needs of belly rubs and wanting to bite the owner at the same time. 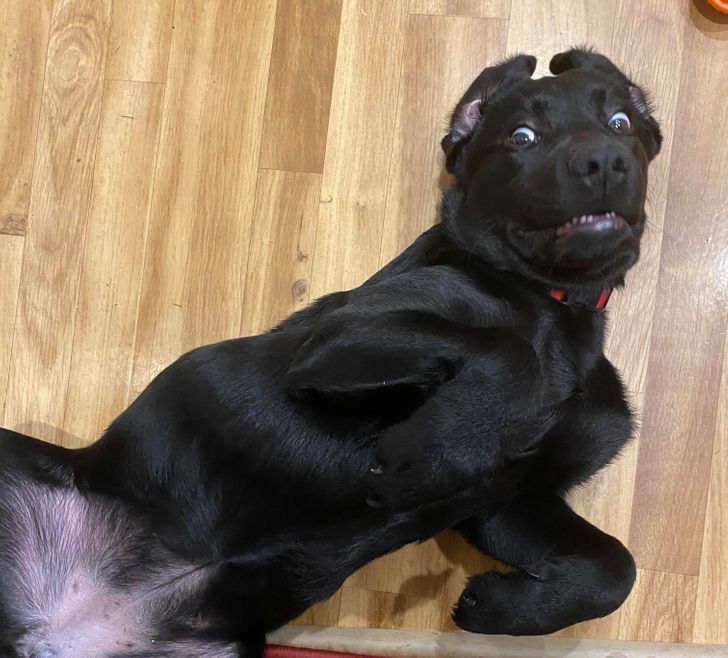 18. “My wife describes my service dog as “an  8-pound cat trapped in an 80-pound dog’s body.” See. Told Ya! Thanks to your wife for supporting our statement 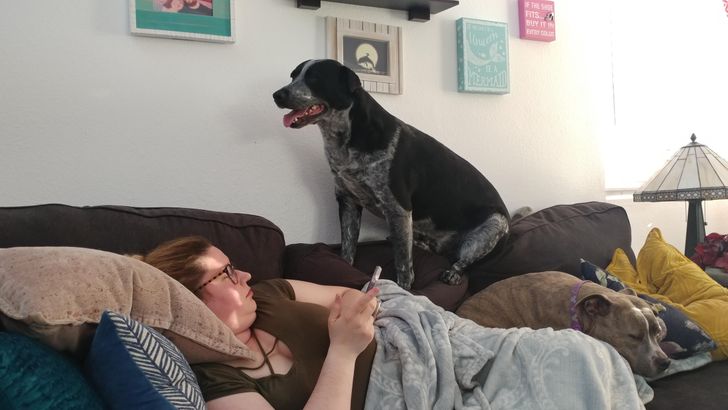 19. This is what this dog’s owner woke up to one random day. We hope, the owner has recovered from the shock. 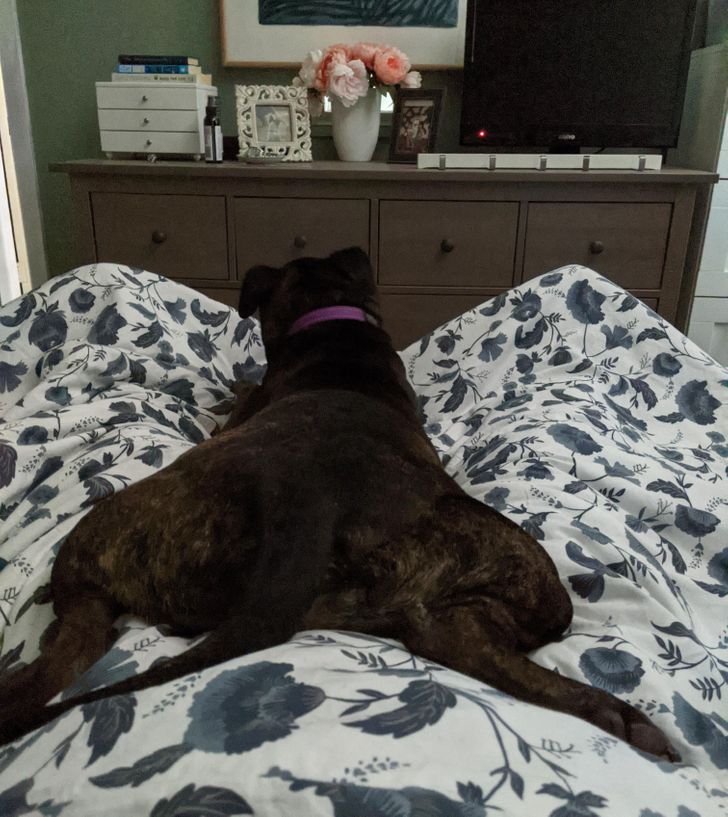 20. This owner chose to state the very obvious, “My dog was raised with 2 cats and is forever broken as a result.” 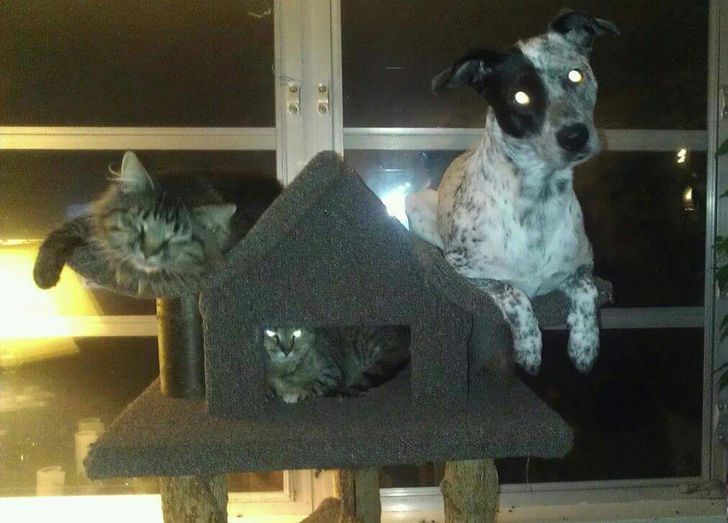 21. This one is trying super hard to look like a cat. Look at that folded arm under the chin. Pure cat form! 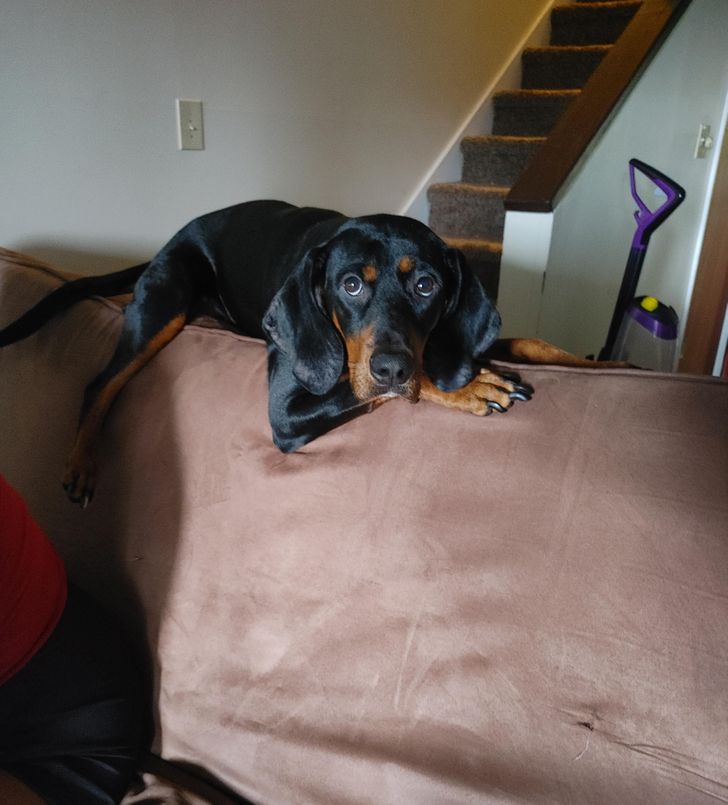 22. What in the world? Lowkey, losing hope in these doggos now. 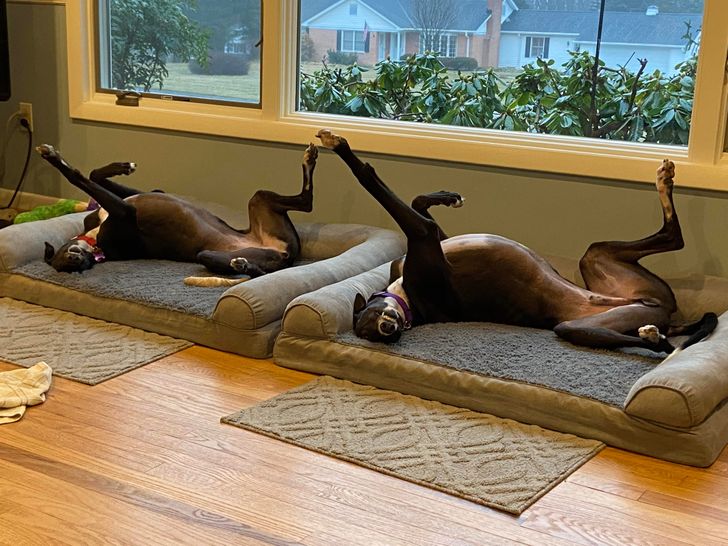 Jokes apart, we all love dogs. It’s okay to make a mockery out of some situations because they don’t leave a chance either. We hope the owners of these dogs were, ultimately, satisfied with their doggos. Because, no matter how weird these actions or activities were, they were very cute and amusing to use.

We hope you found this as amusing as we did. Let us know your reactions in the comments down below.