What if cats were the size of the leaning tower of Piza?

What would that be like? Would we think they re as cute as we think of them now? I mean sure, they would still look the same. However, their bratty attitude will surely end up destroying whole cities with one single tantrum. Well, you will never have to find out unless some mad scientists decide to create a giant cat.

For now, we have photoshop and talented artists like Frandsita Muafidin who put their time and energy into photoshopping cats in the middle of traffic blocks and streets while also making them 100 times bigger. That may sound like an exaggeration but I am not joking. All I can say is that these images tower over all the cat memes you must have seen until now. 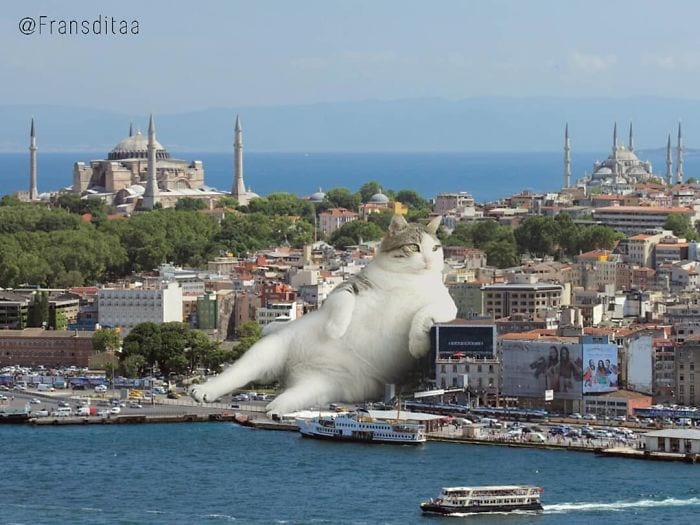 Hey, isn’t that istanbul? I think that cat is famous there. It is even supposed to have a statue or something. Anyways, he looks so chilled. -Amanda Last

#2 It was probably an accident. 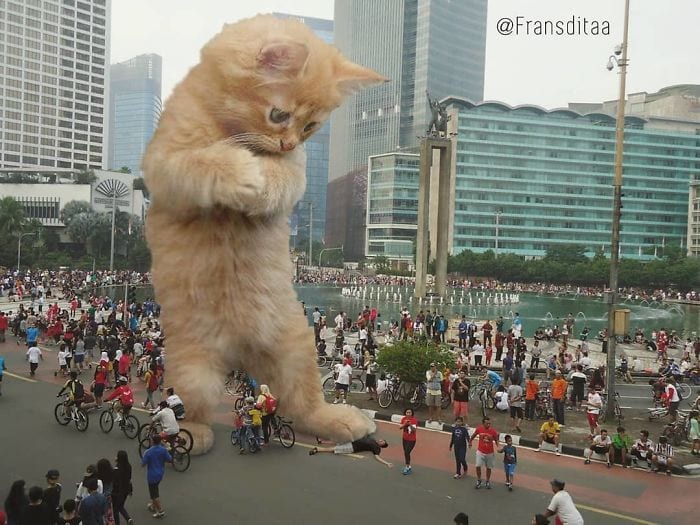 #3 I think I understand why they closed the road. 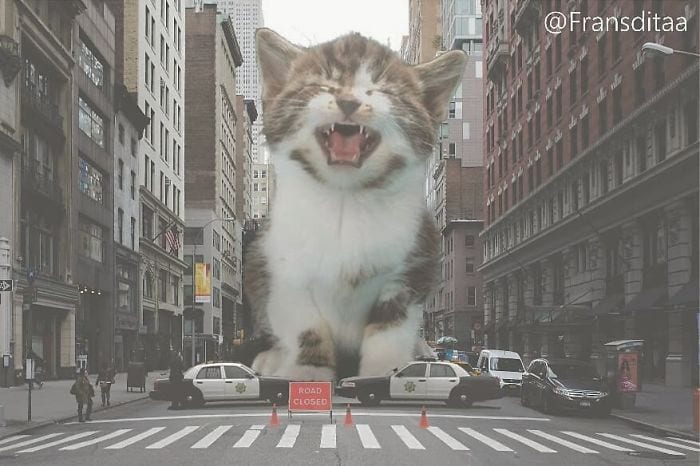 “What are the police doing all I want is to get home”. -Pattie Kelly 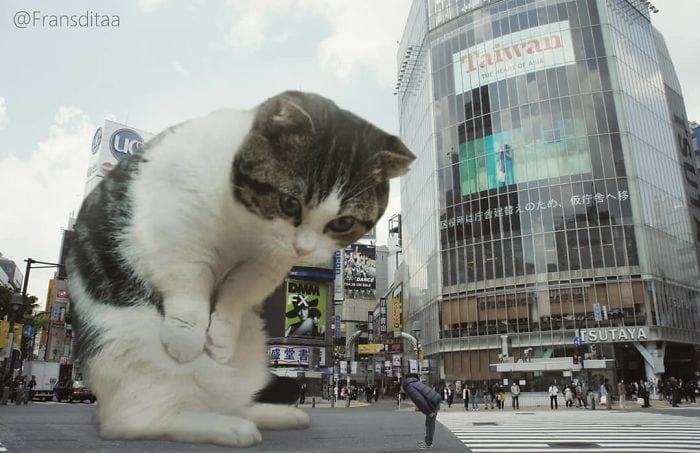 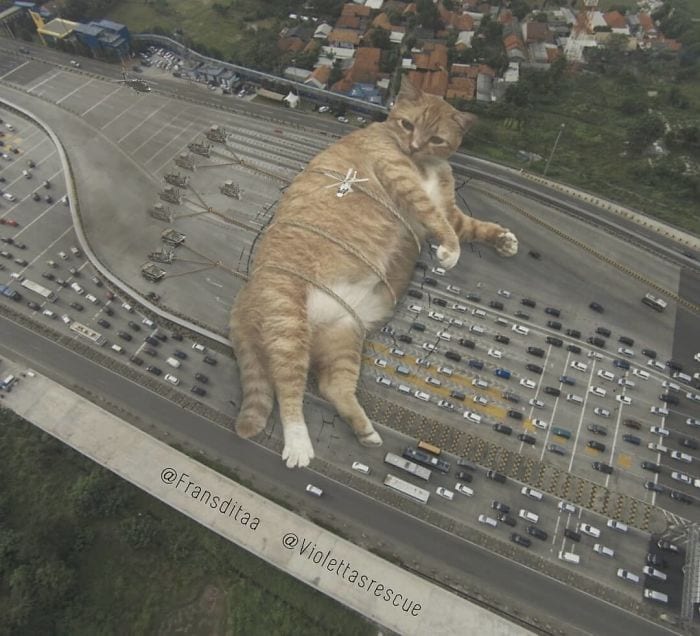 #6 When you feel seasick after eating a lot. 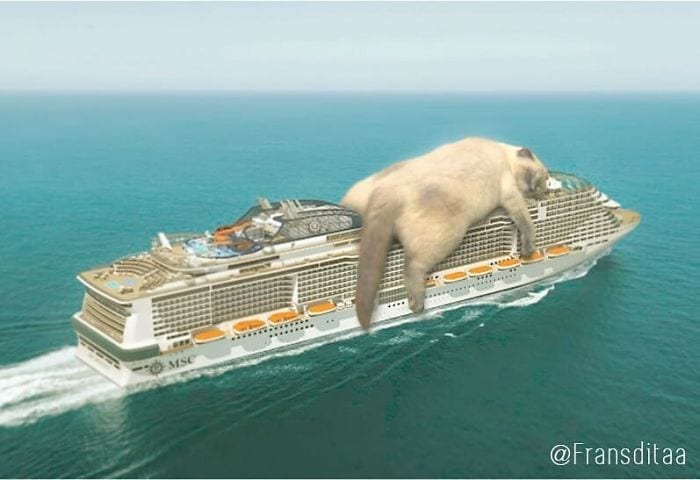 #7 I don’t like the look of this sea monster. 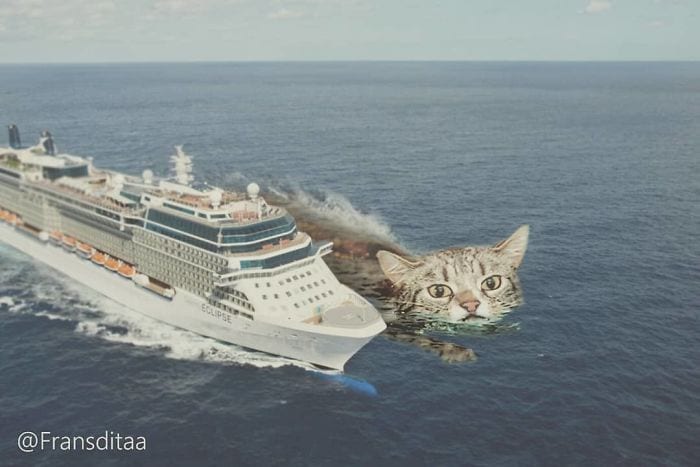 #8 I now understand how the tower started leaning in the first place. 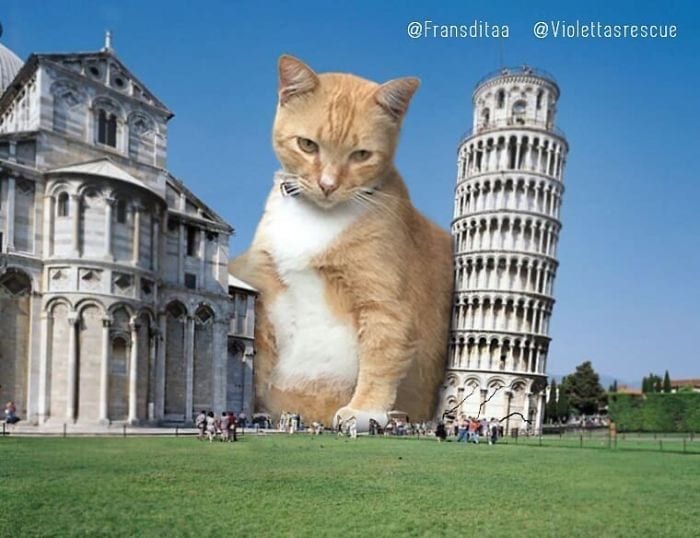 #9 At least Totoro wasn’t a cat in the movie. 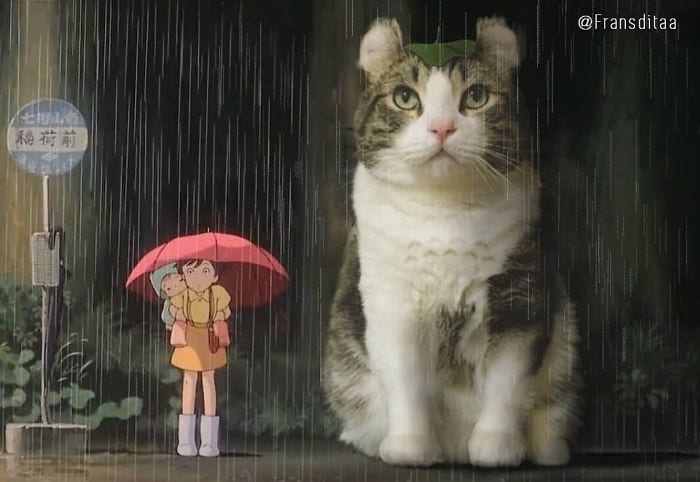 #10 She does not look happy with all the cars. 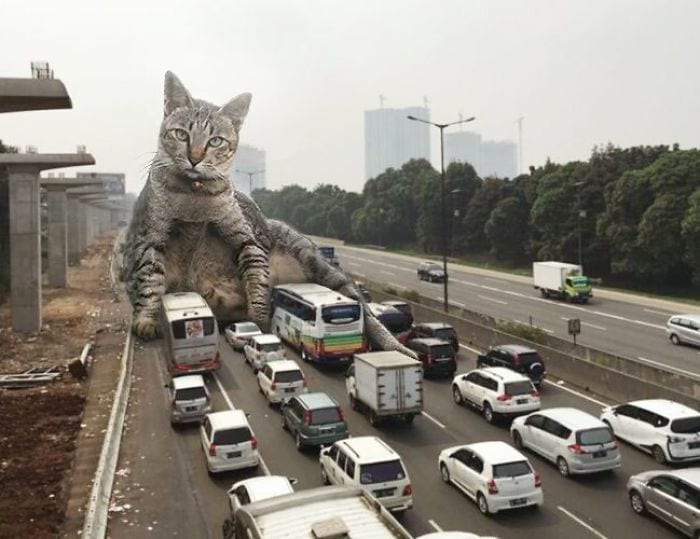 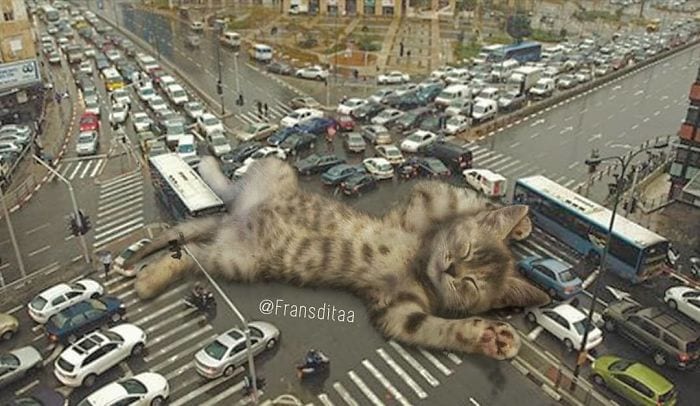 #12 Power Rangers aren’t gonna be able to do much here. 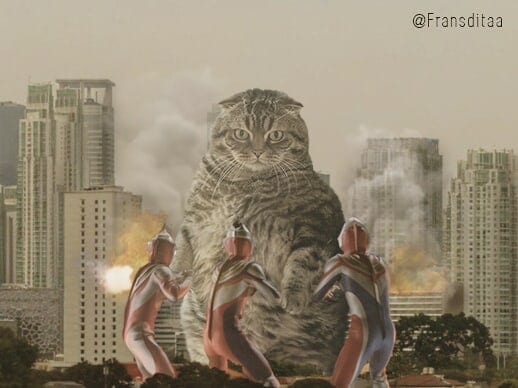 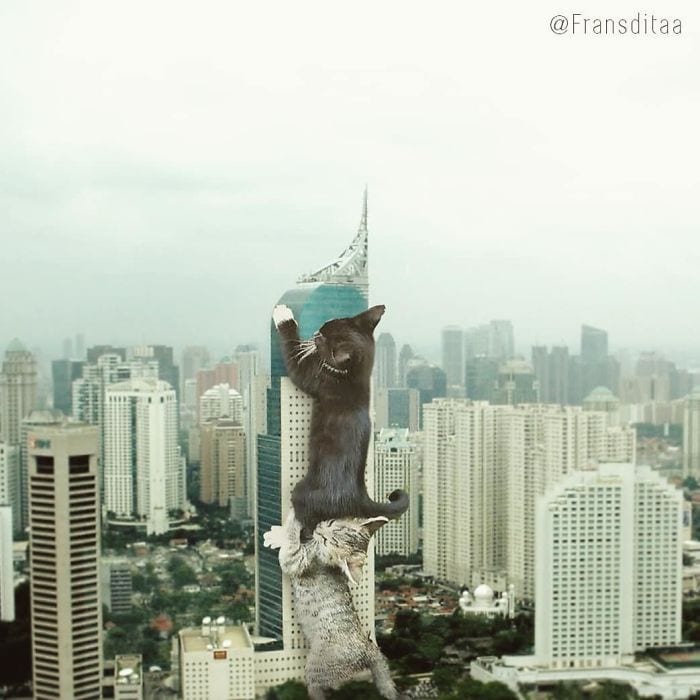 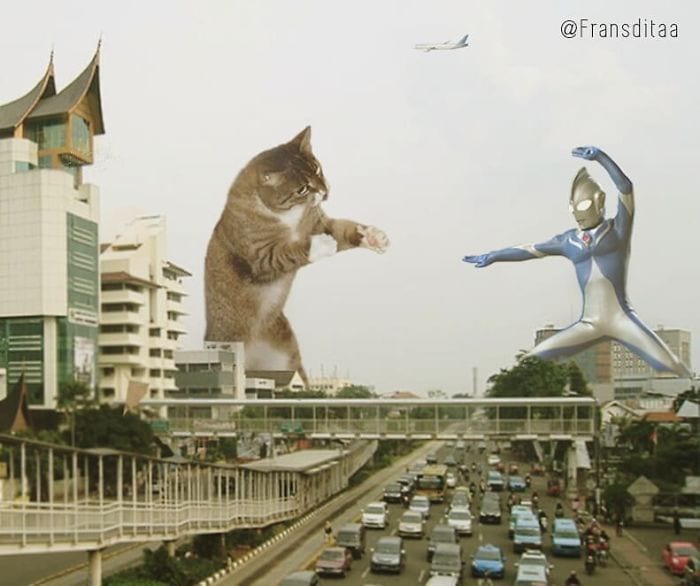 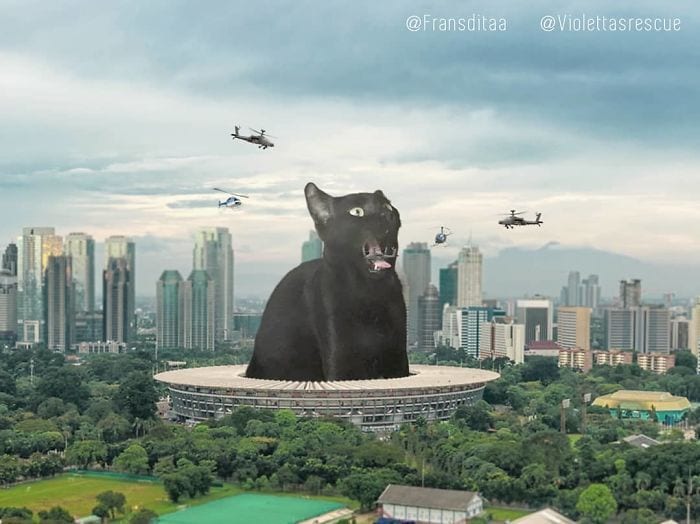 Unfortunately today’s game has been cancelled due to a massive cat. -Randy Inbred 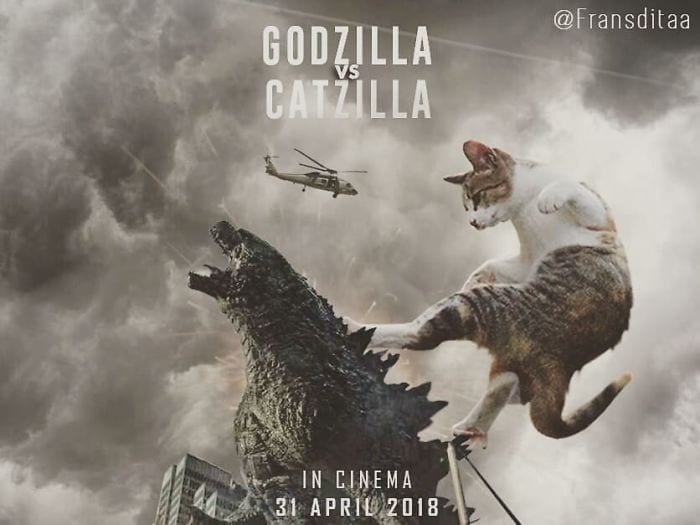 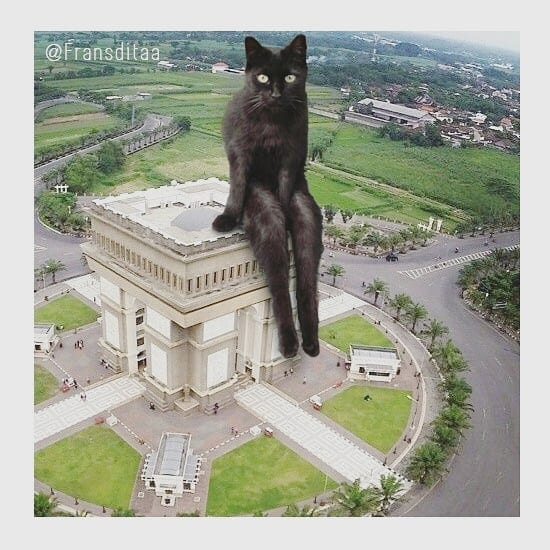 What??!! You’ve never seeing somebody with no underwear? -Panda-monium

#18 She’s just doing the new Wipe it down ‘challenge’. 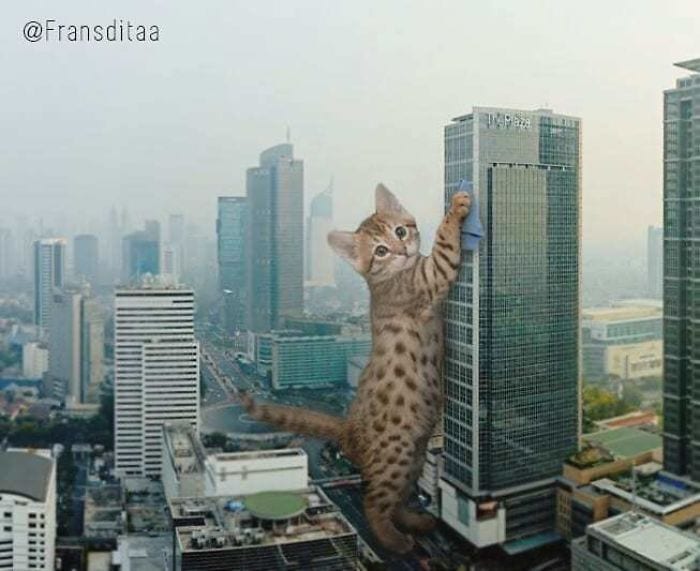 #19 The plane looks like it’s about to go down. 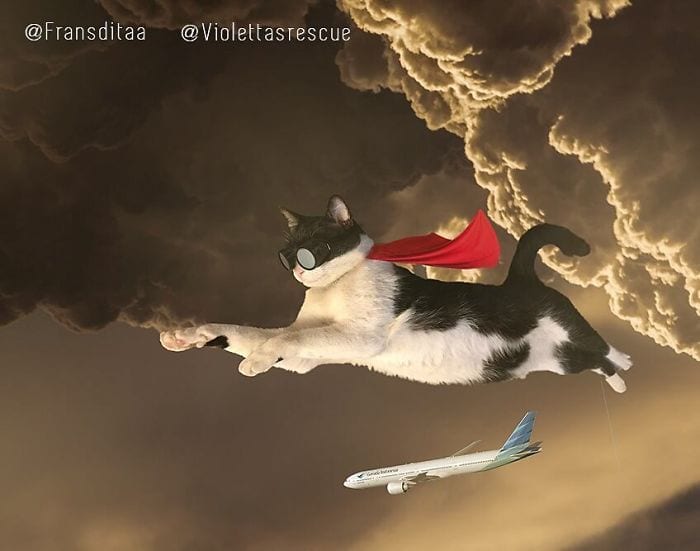 “Is it a bird? is it a plane? Well it’s sure not Superman”. -Pattie Kelly

#20 The road cracks tell that this is one chonky cat. 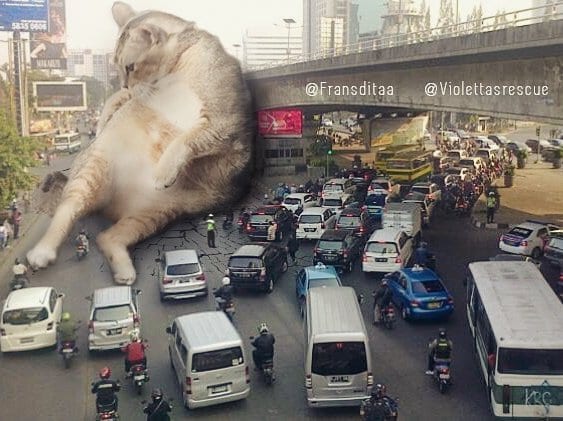 #21 Why is nobody helping the kitty? 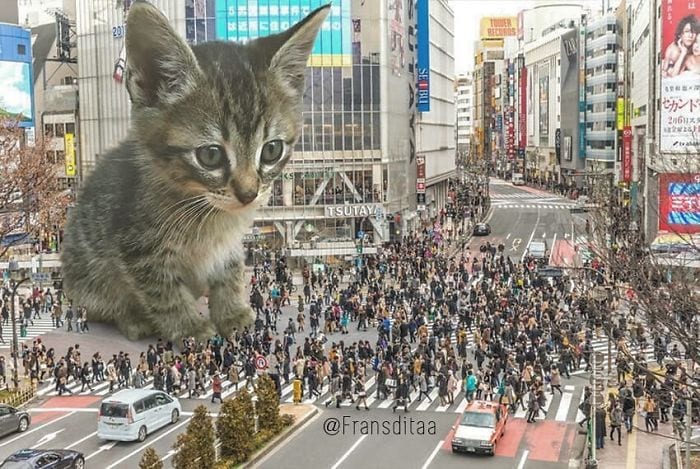 Has anyone seen my mama? -Randy Inbred 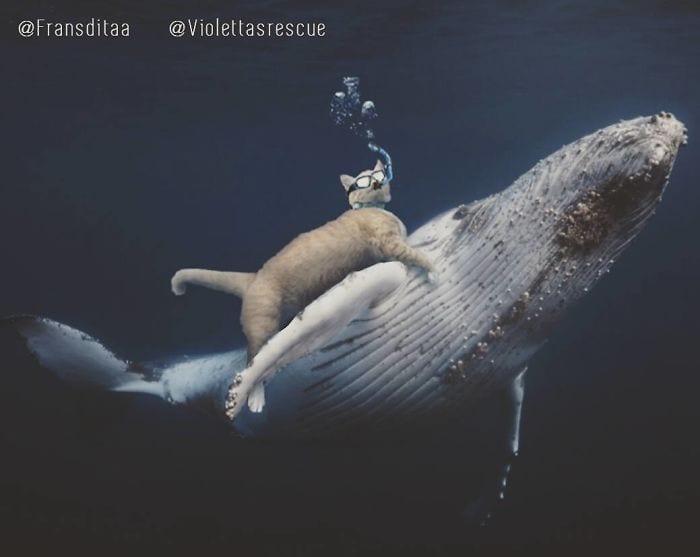 Having a whale of a time! -Randy Inbred

#23 He has the rights to lay here and sleep. 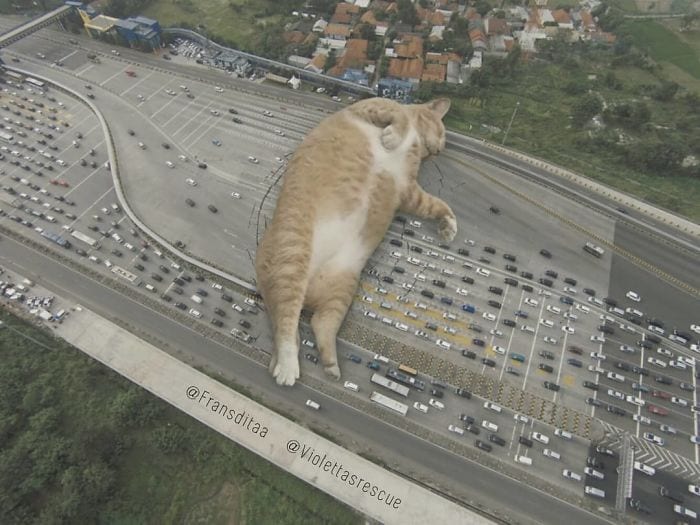 I work for the Jersey government! -Deb Coughlin

What are your thoughts on these giant cats? What would you do if you saw such a cat in real life? Comment down below and let us know. Don’t forget to share so others can enjoy the adorableness of it all as well.