What happens at Hogwarts when nobody is watching?

In the books and the movies, you don’t really get to see what people go in their normal lives. After all, it always about the plot and I imagine it would be pretty boring to read what they eat every day. However, that is what fans are here for. From fanfictions to comics, people have made many works that describe everything in the way they imagine it.

While these may not be canon, they are still quite fun to read through. And I don’t know about but I would like to imagine that the characters in the books actually did this in their free time. Whatever you’re thoughts may be, the artist known as Sarah did an amazing job bringing these characters to life in the most hilarious way possible.

Hi, I’m Sarah Dunlavey (Madame Lady). I’m a comic-making lady from Montreal who makes silly strips every week! I started posting daily in 2016 and haven’t stopped since. Creating comics and making people smile is my fuel, I love it.

I make a lot of relatable content about my life or just dumb ideas I think are funny! I also find a lot of inspiration in the movies and shows I’m a fan of. I love to parody Game of Thrones, Disney, Harry Potter and many others (but mostly Harry Potter)! I’m working full time as an artist in a game studio but someday I would love to be able to live from my own creations!

#1 At least she is happy with the gift. 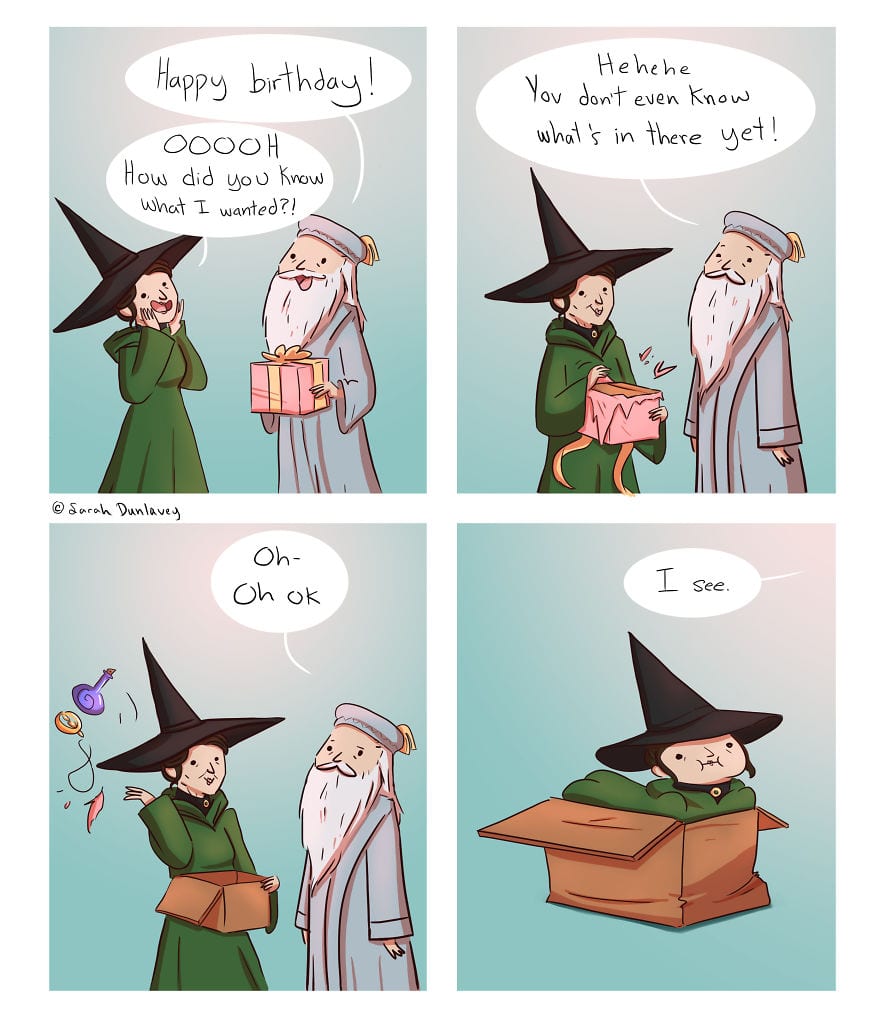 Every open box must have at least one cat inside it in the minimal possible time. -Freya the Wanderer

#2 Cucumbers are the arch enemies of cats. 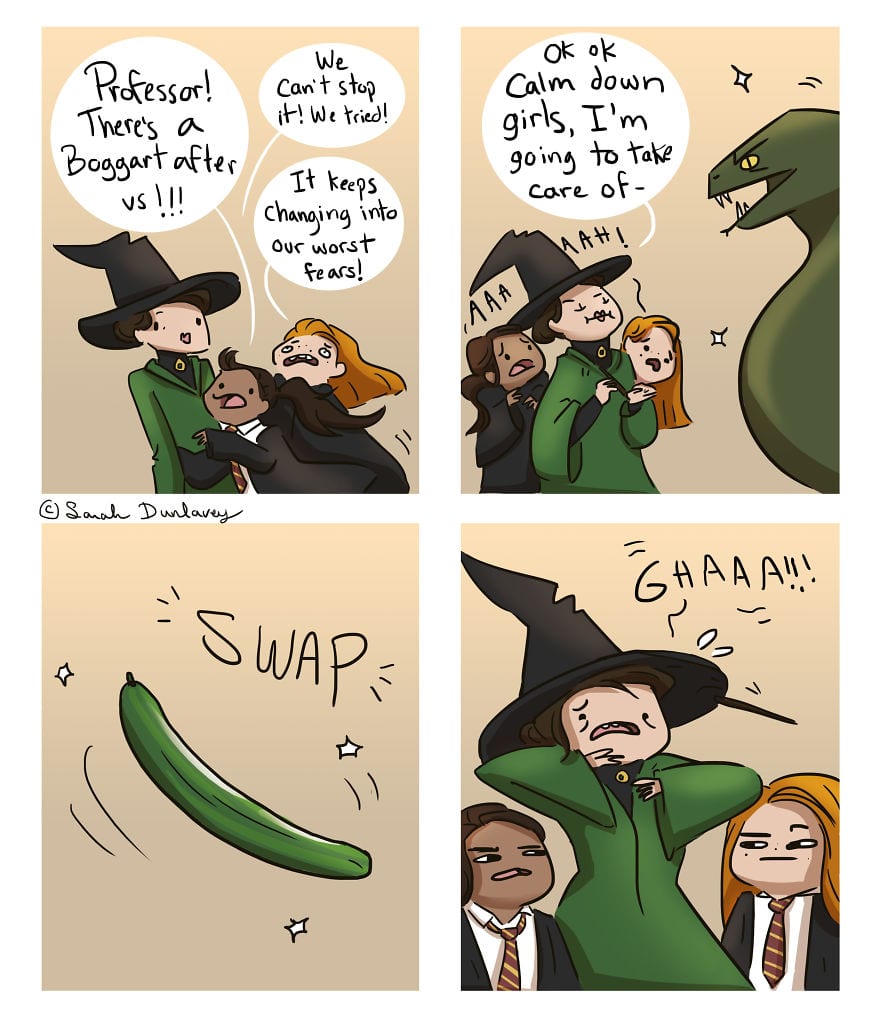 #3 I never knew Albus Dumbledore was a peeping tom. 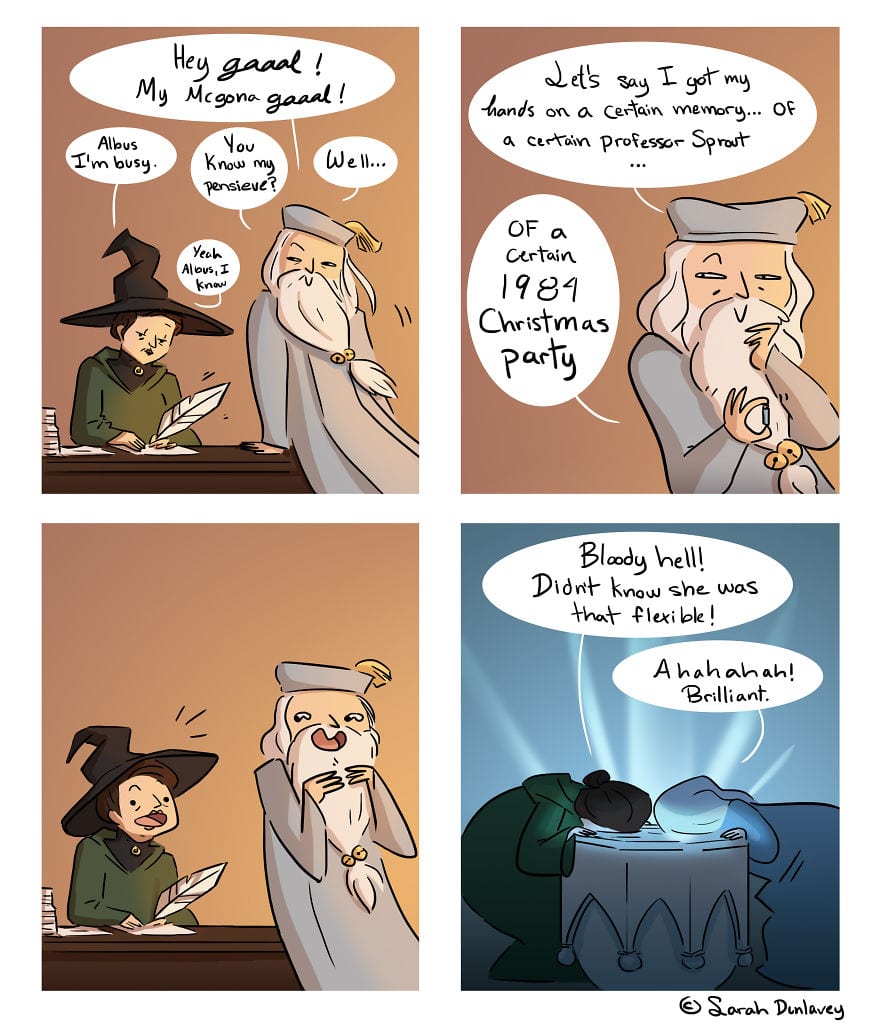 His face in the third panel kills me. -Stille20

#4 I think the cover is blown. 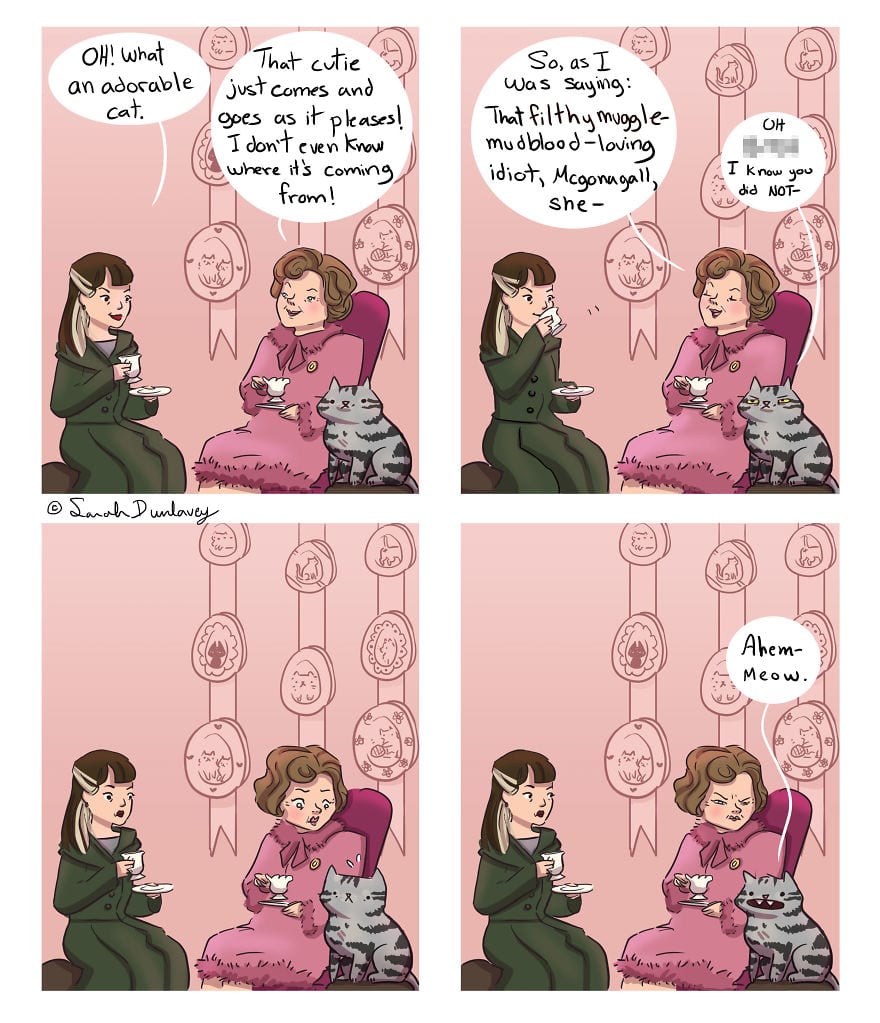 #5 They didn’t even let him speak why he chose the snake. 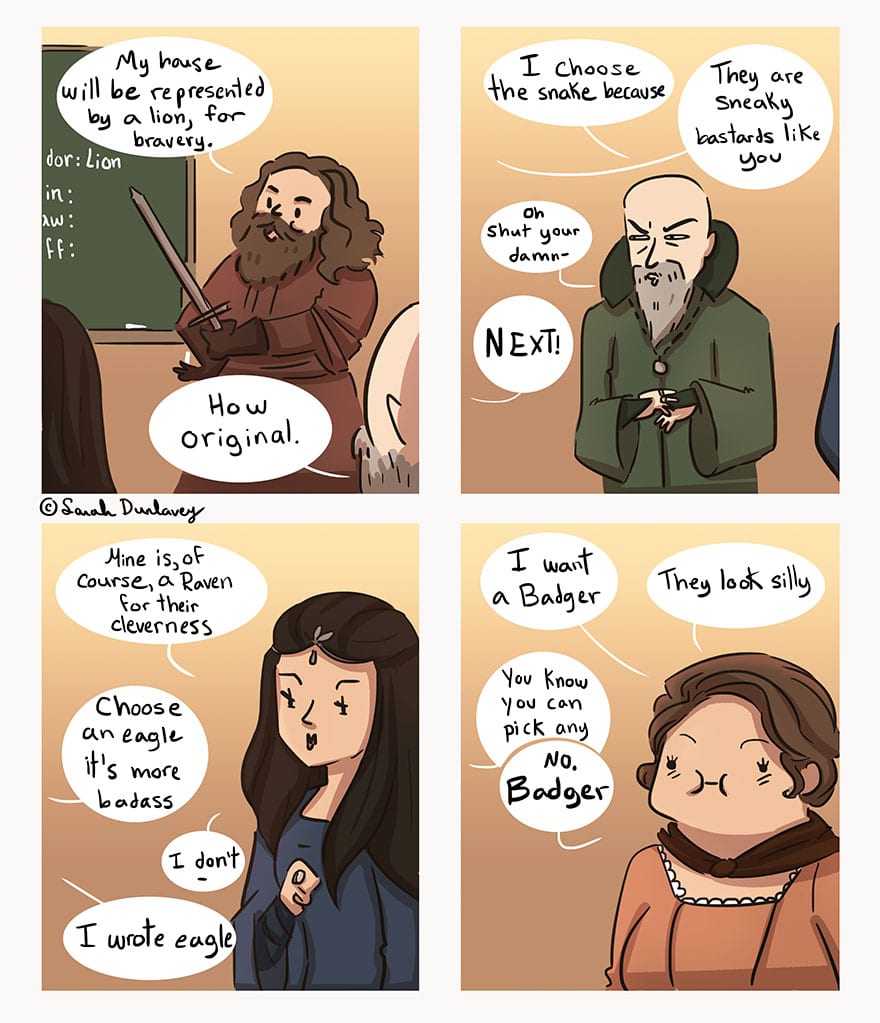 Badgers will represent loyalty, hard work and tolerance, and those are all great qualities! -blugeagua

#6 Harry does not seem very impressed. 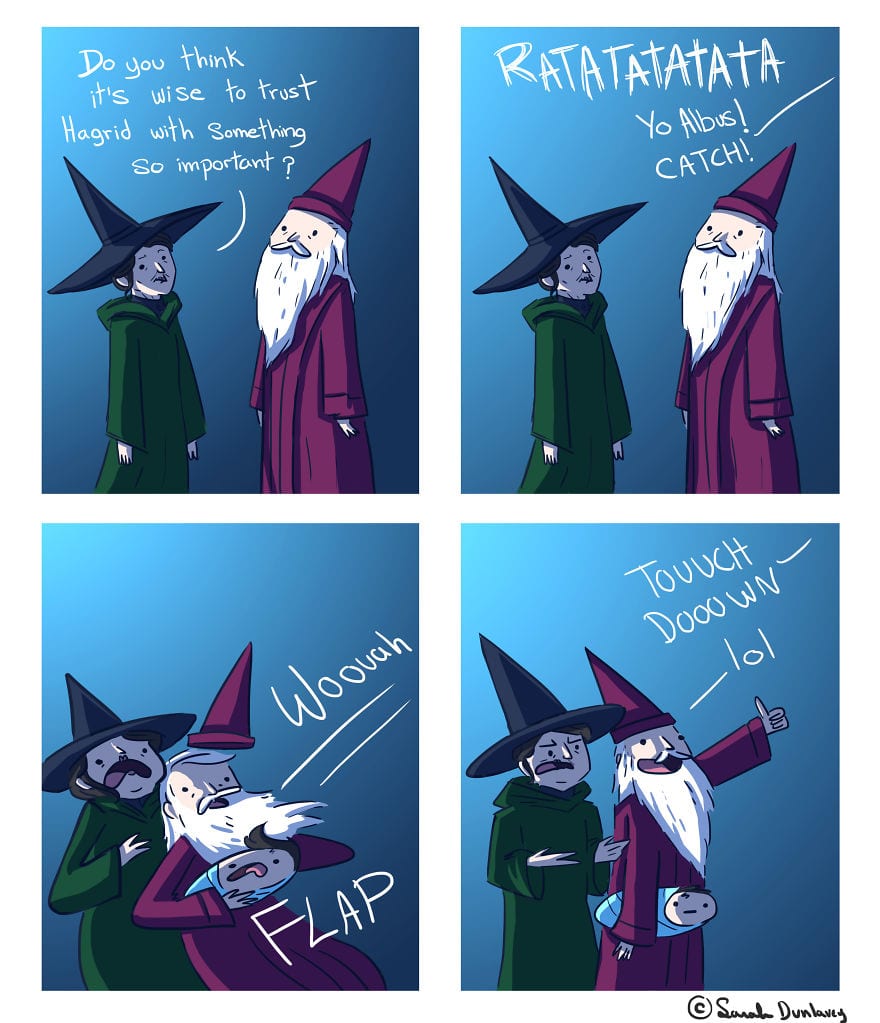 #7 That phoenix must have it hard. 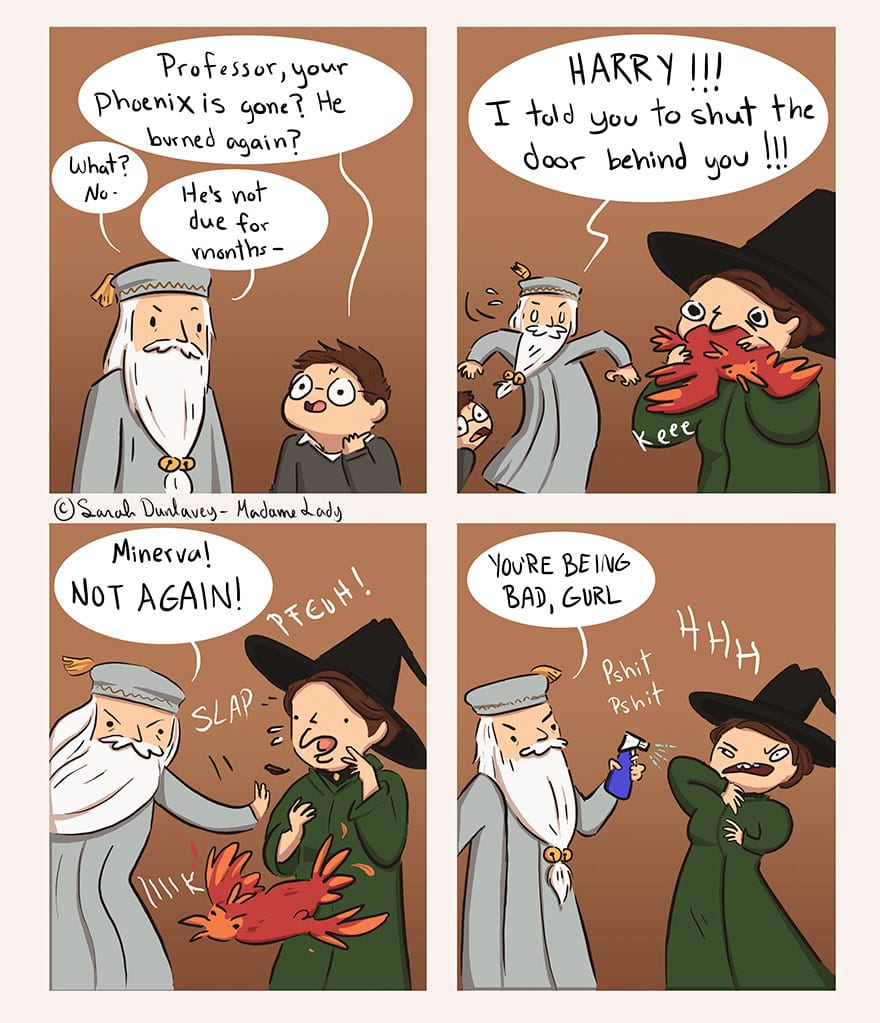 #8 I don’t even wanna know what that is. 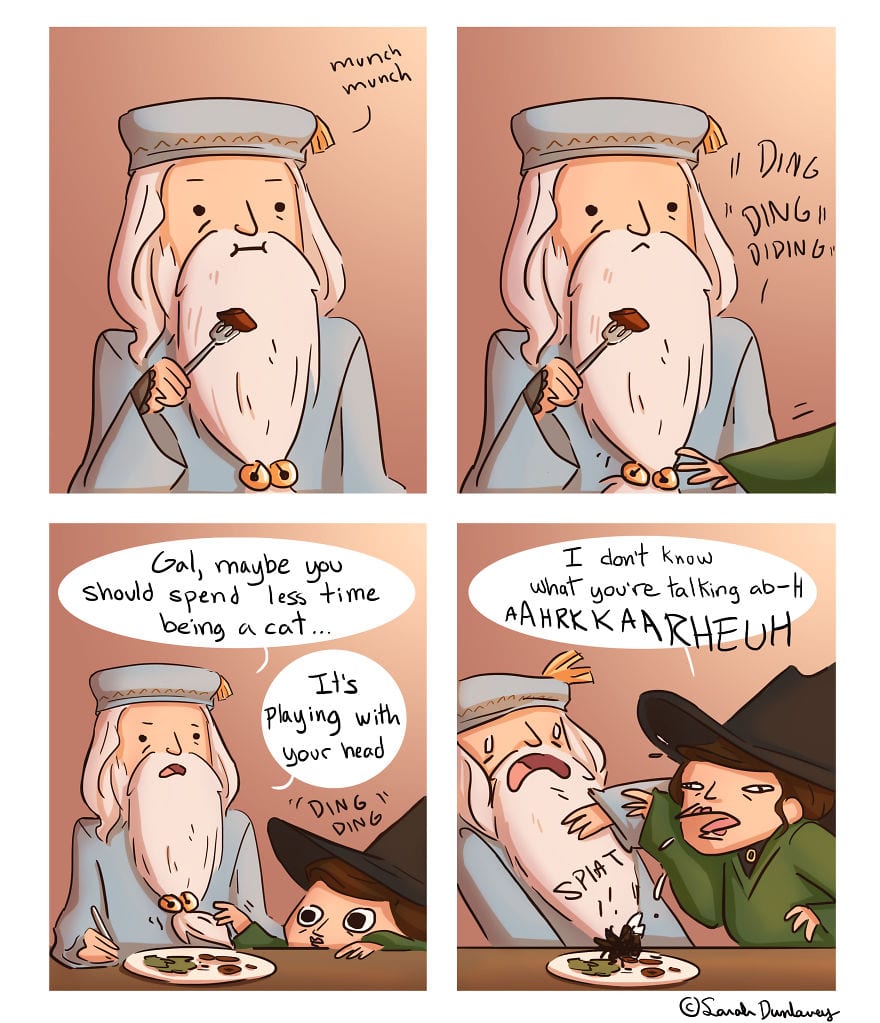 #9 They are exceptionally fun until they try to suck out your soul. 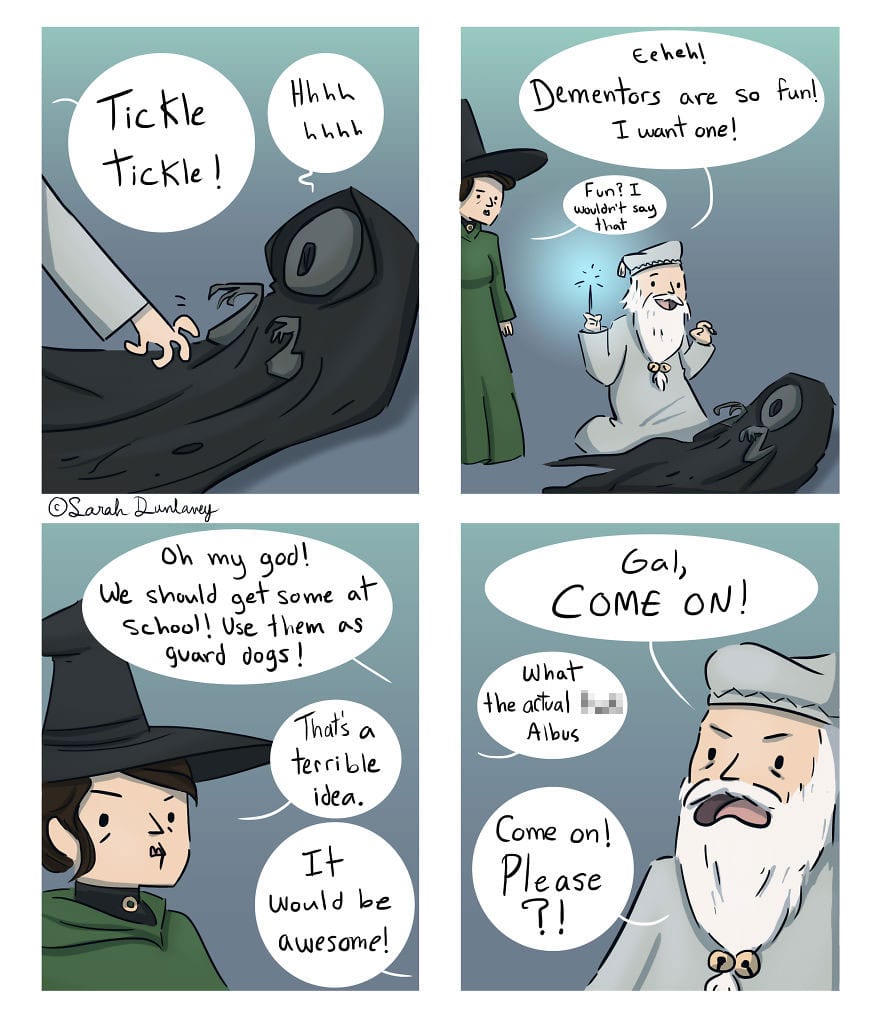 ‘What the actual f*ck’. Made me. -Rebecah Ozuna

#10 He will never let you touch his luscious beard. 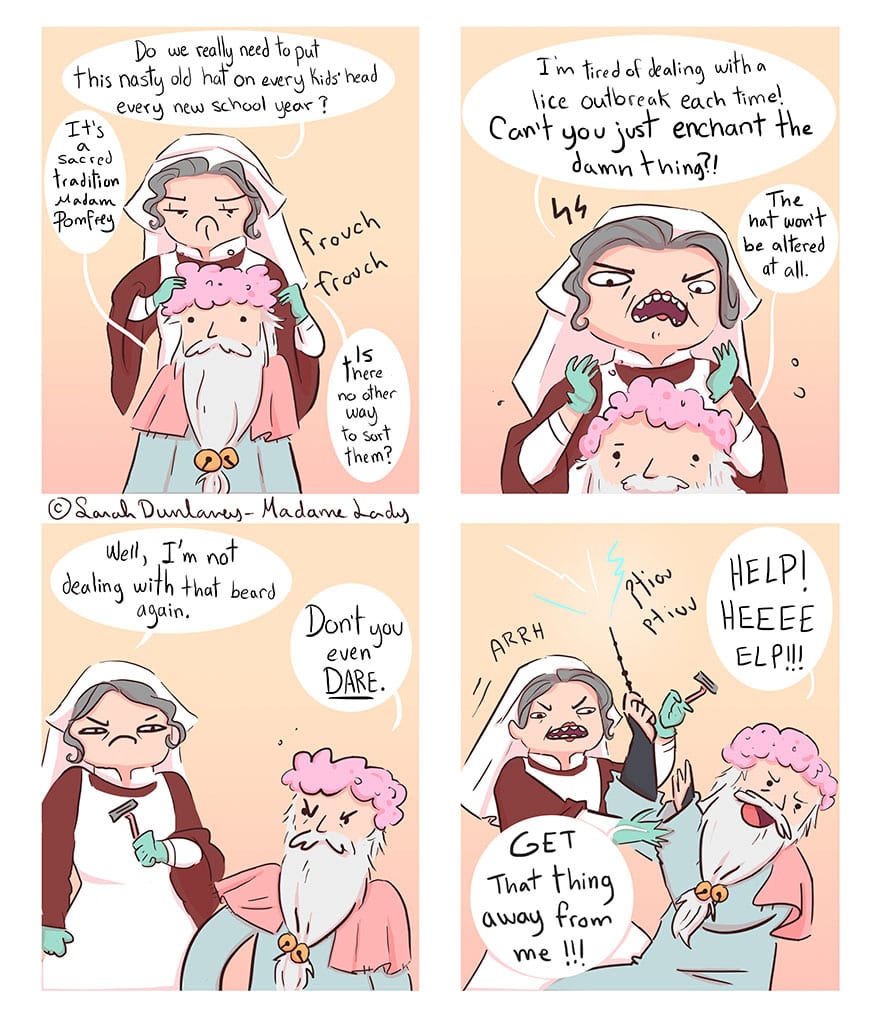 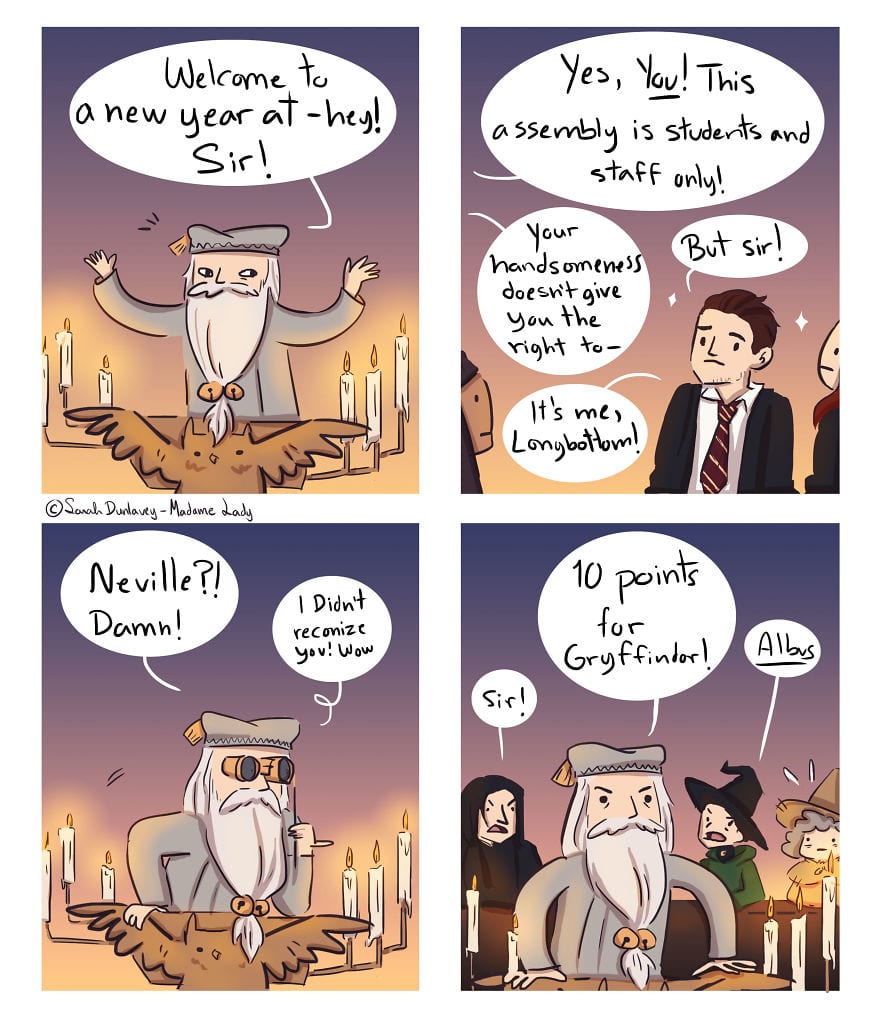 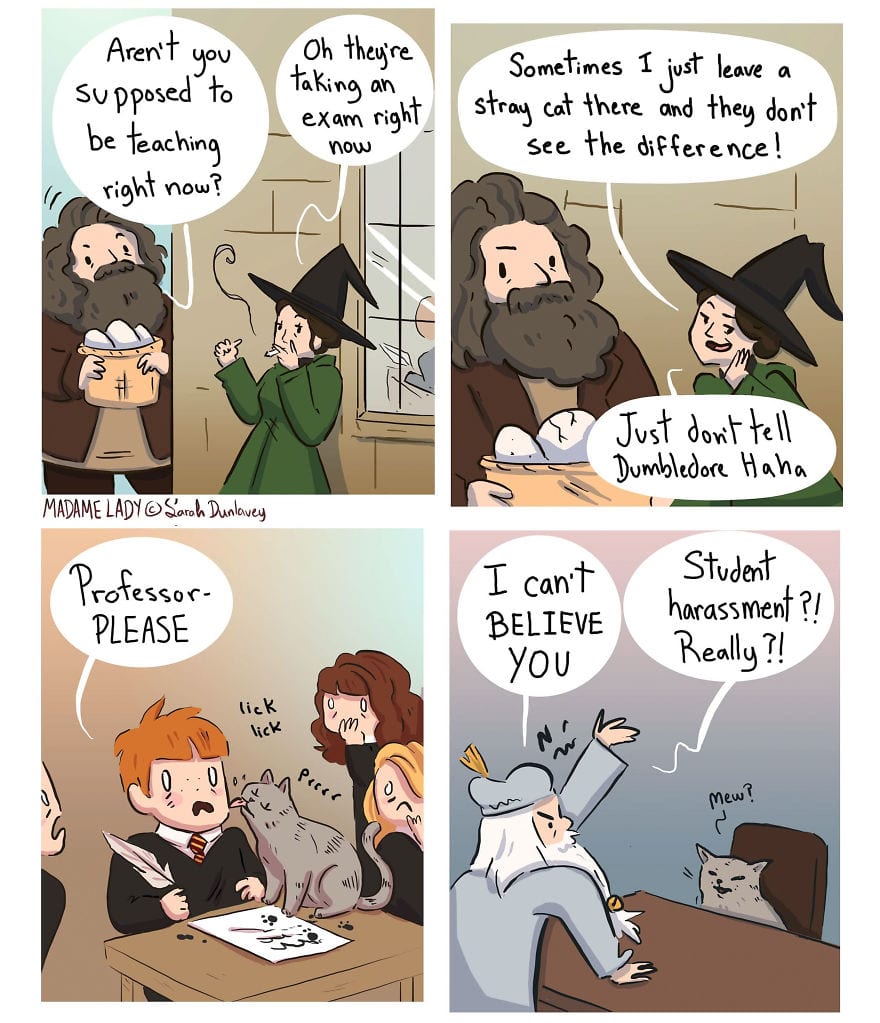 #13 So you’re telling me she turned back into a human for this? 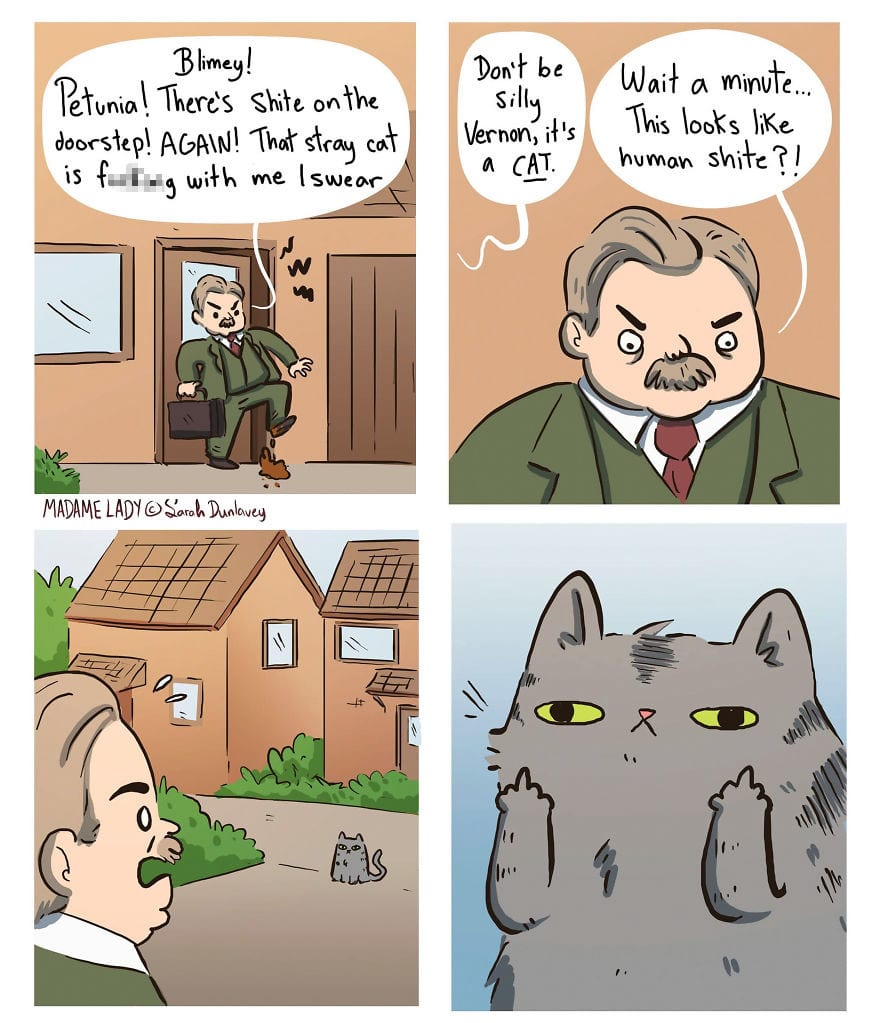 One does not simply mess with Minerva McGonagall. -Peter Bear

#14 Or she could just jump from there? 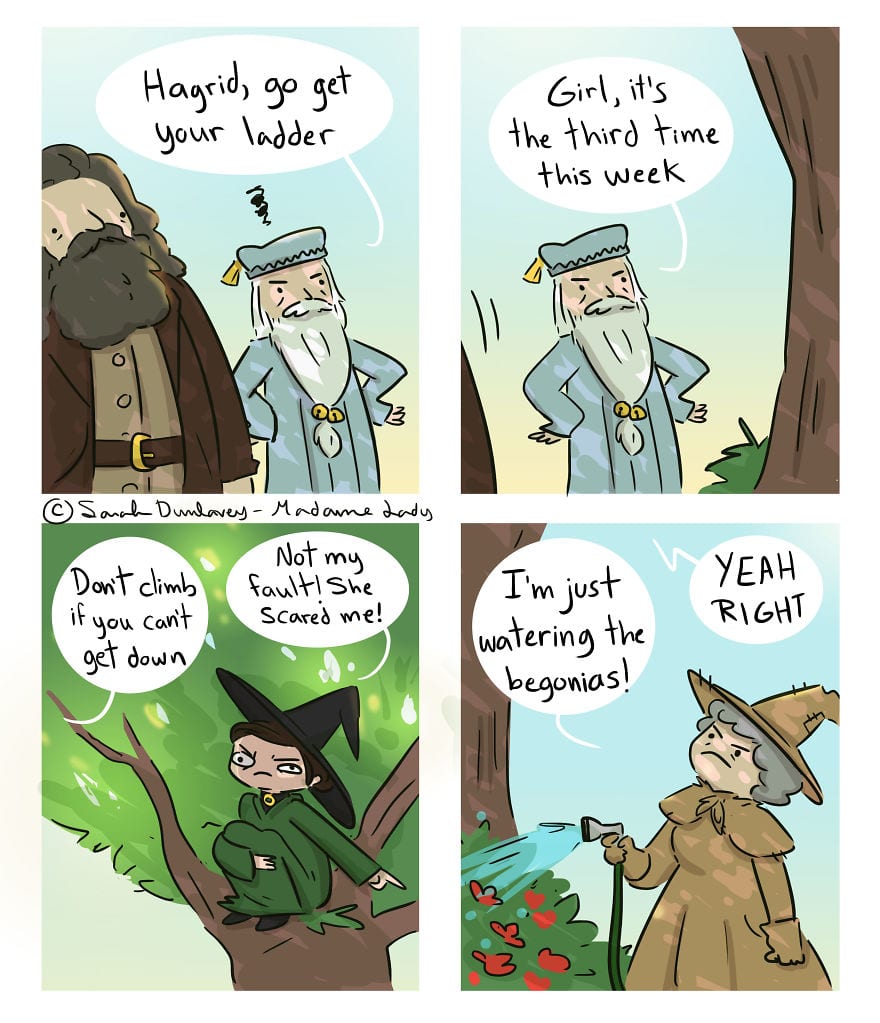 #15 Well, they got what they wanted at the end. 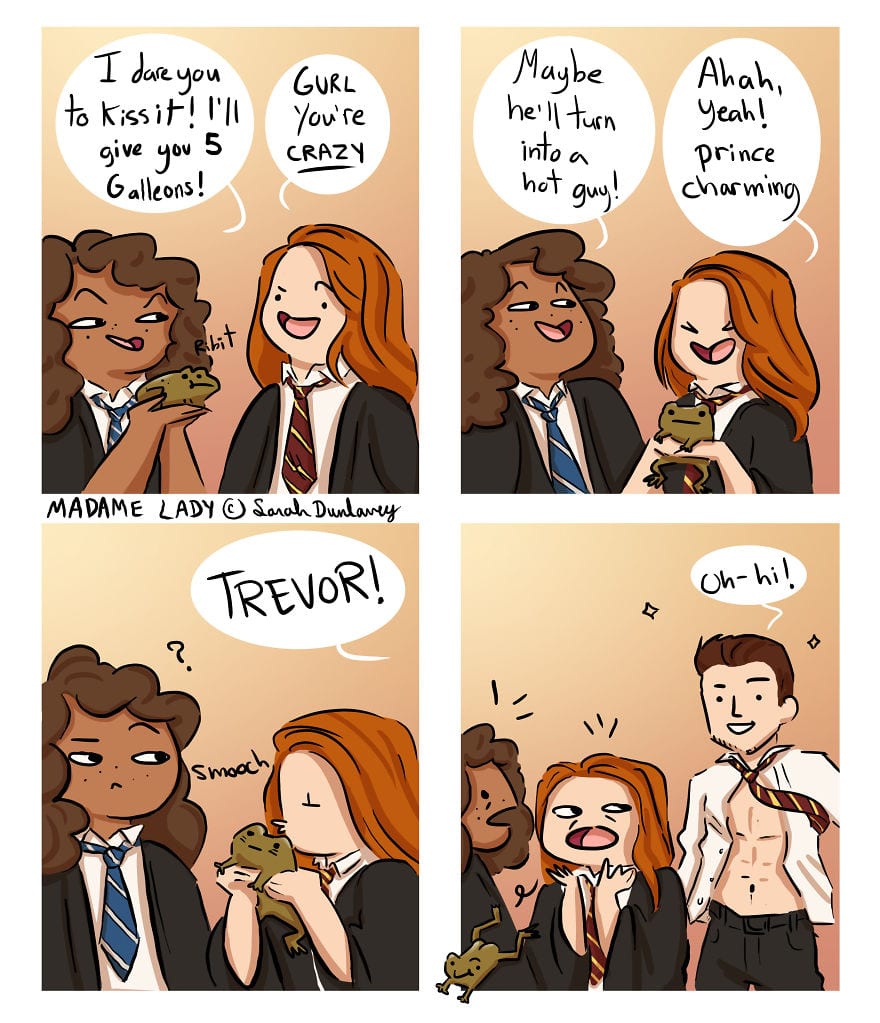 I wish this could happen. I would kiss a frog to have a super hot guy appear. -Lucy Gray Baird

#16 Catnip must be kept under lock and key. 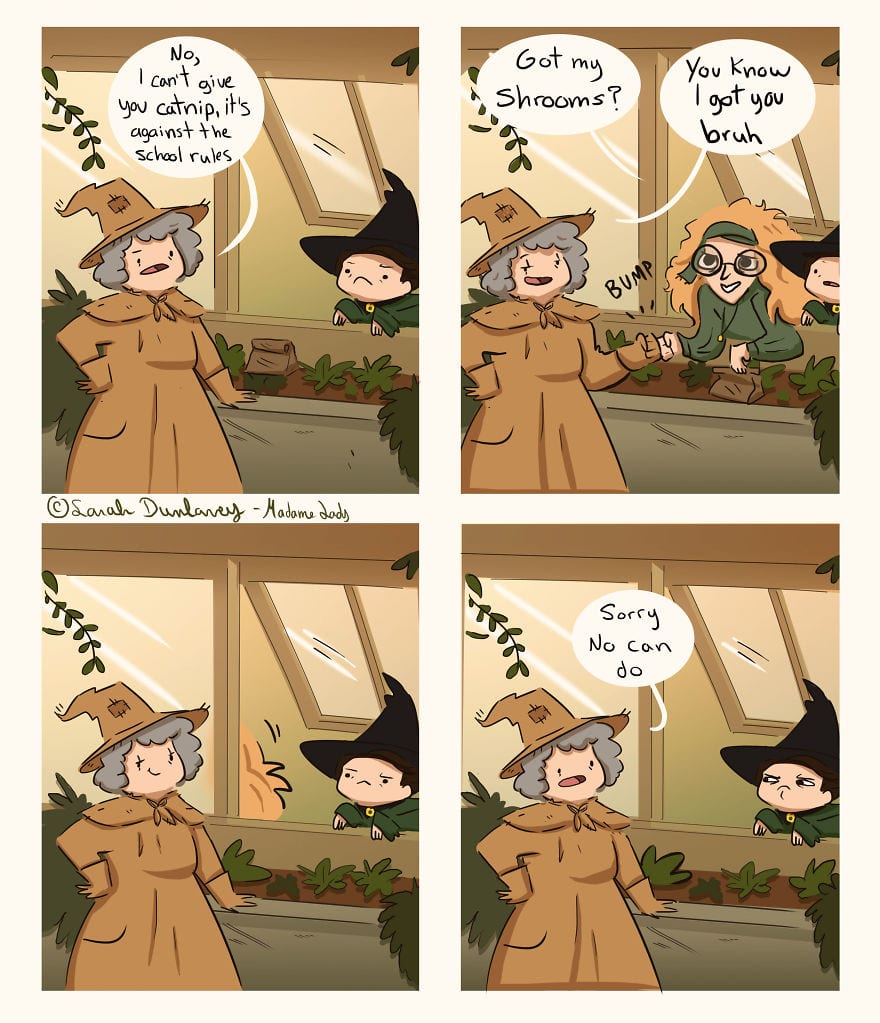 #17 Shouldn’t there be a magic spell for this? 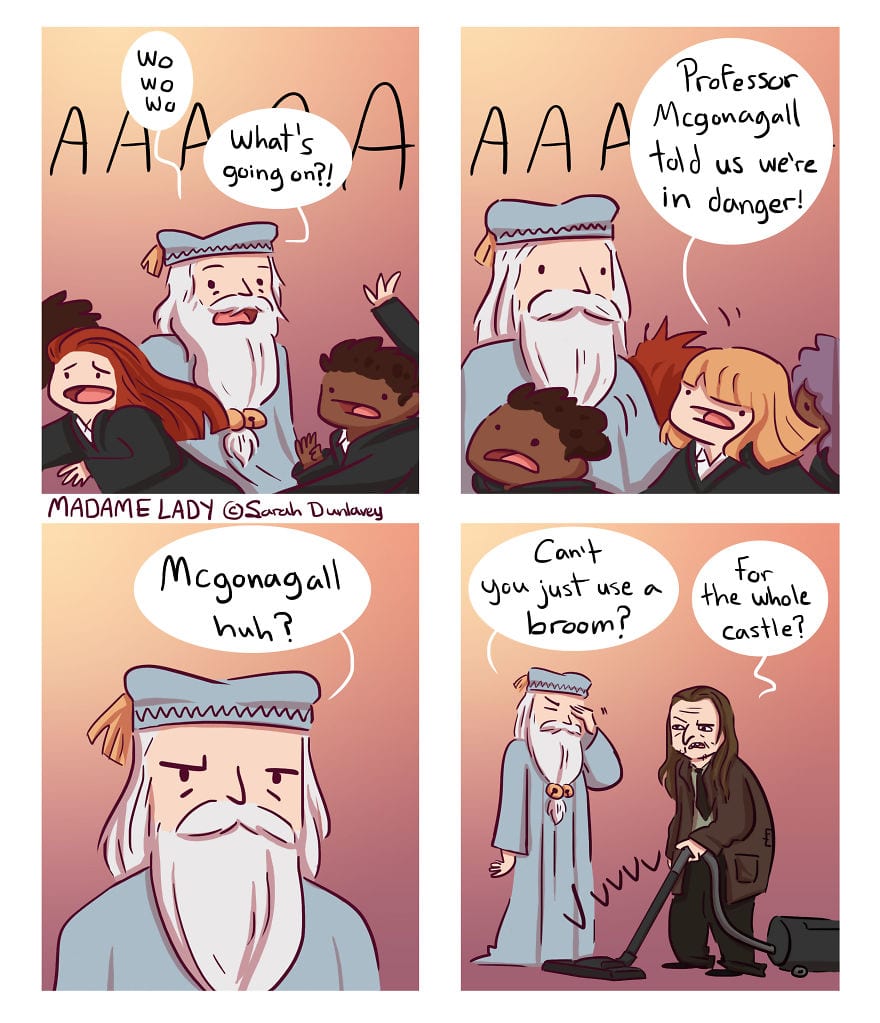 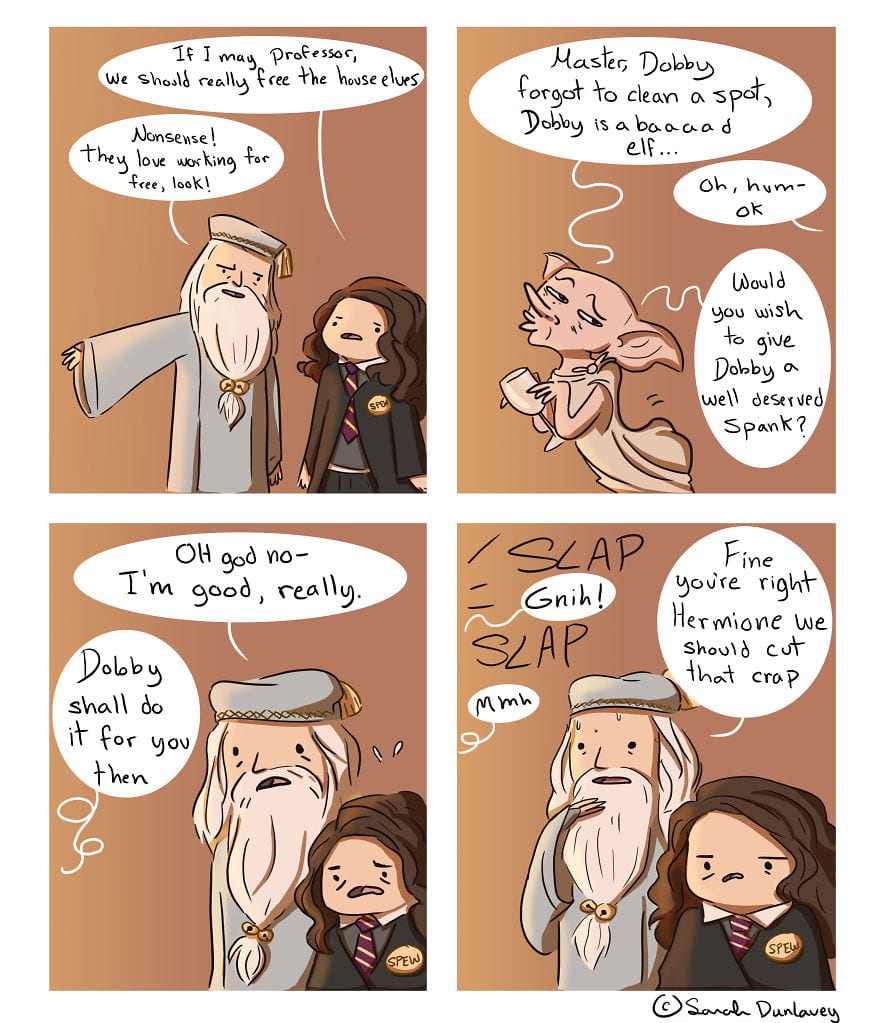 #19 If he was on Tinder, nobody would swipe left on him. 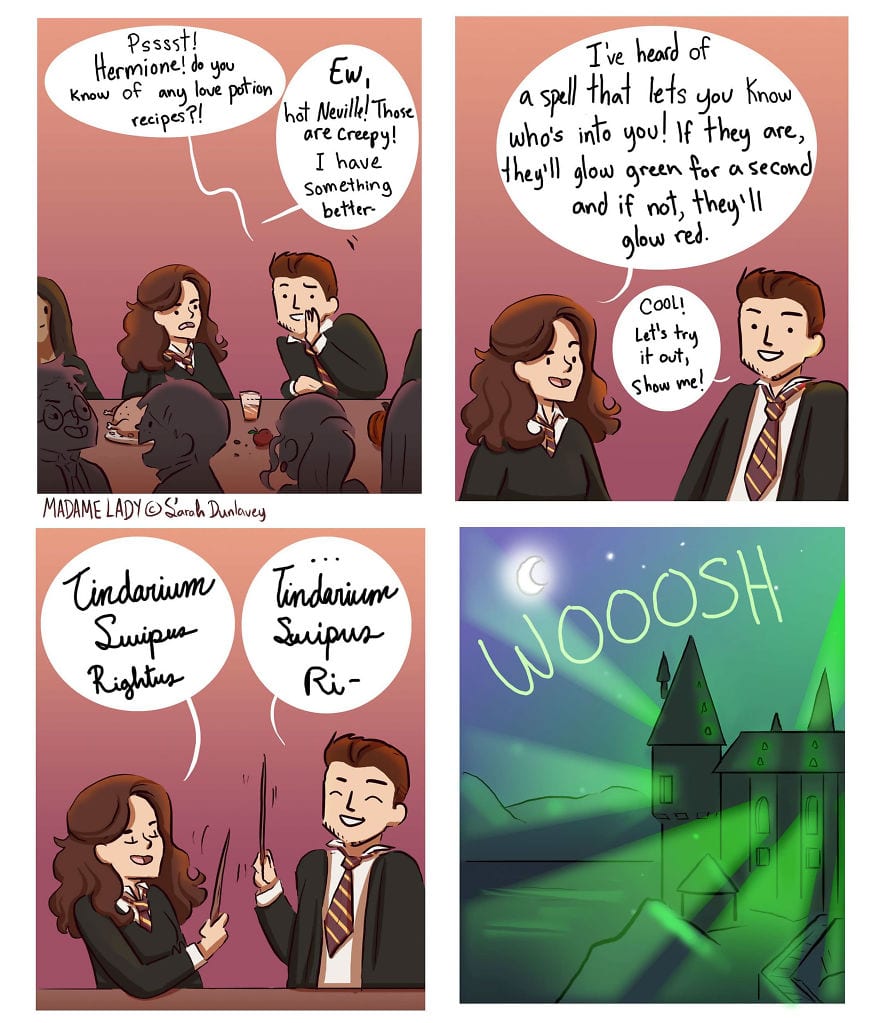 #20 Being cool and handsome versus more money. 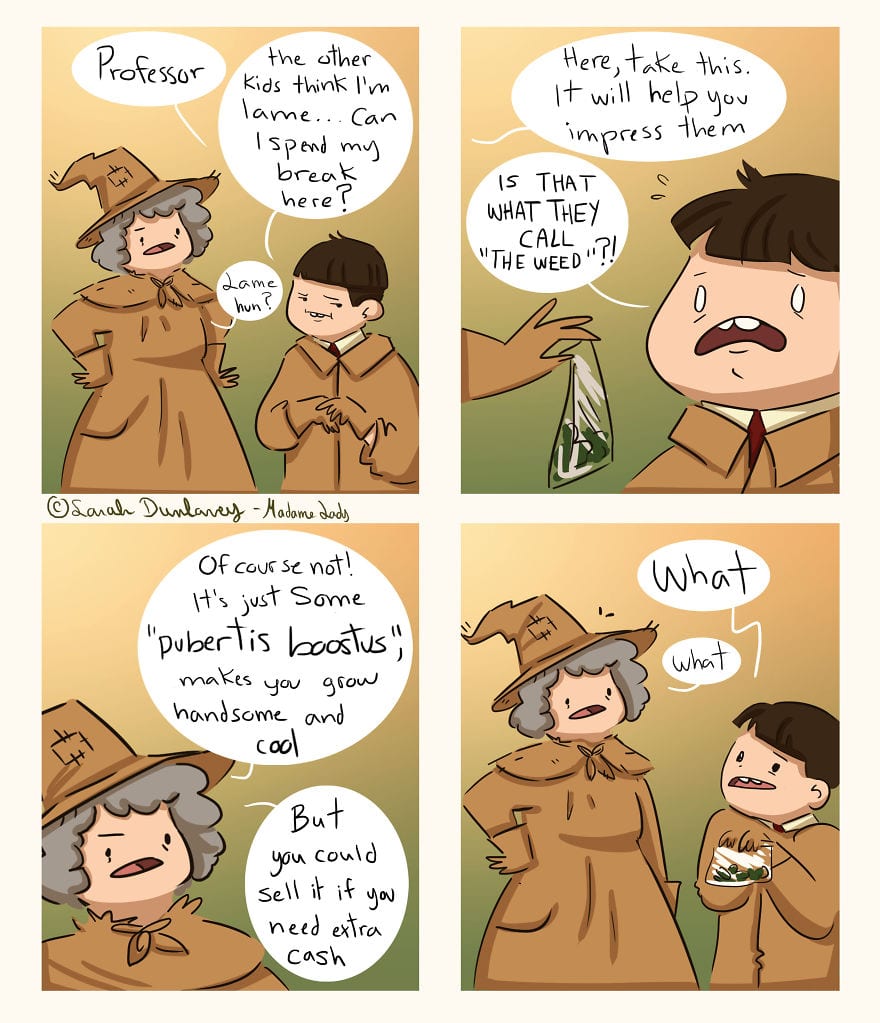 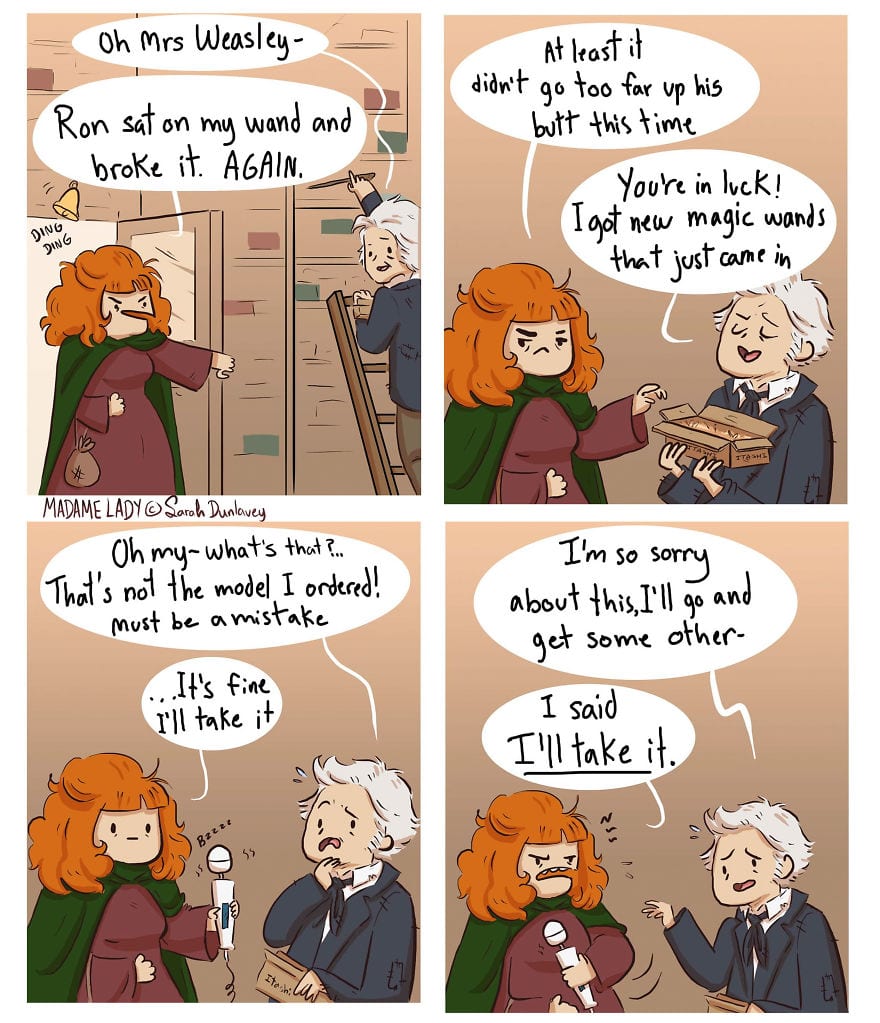 Hmmm… maybe… just maybe Ron wasn’t the one who broke her wand by sitting on it. -Vicky Zar

#22 He required a bathroom so there it was. 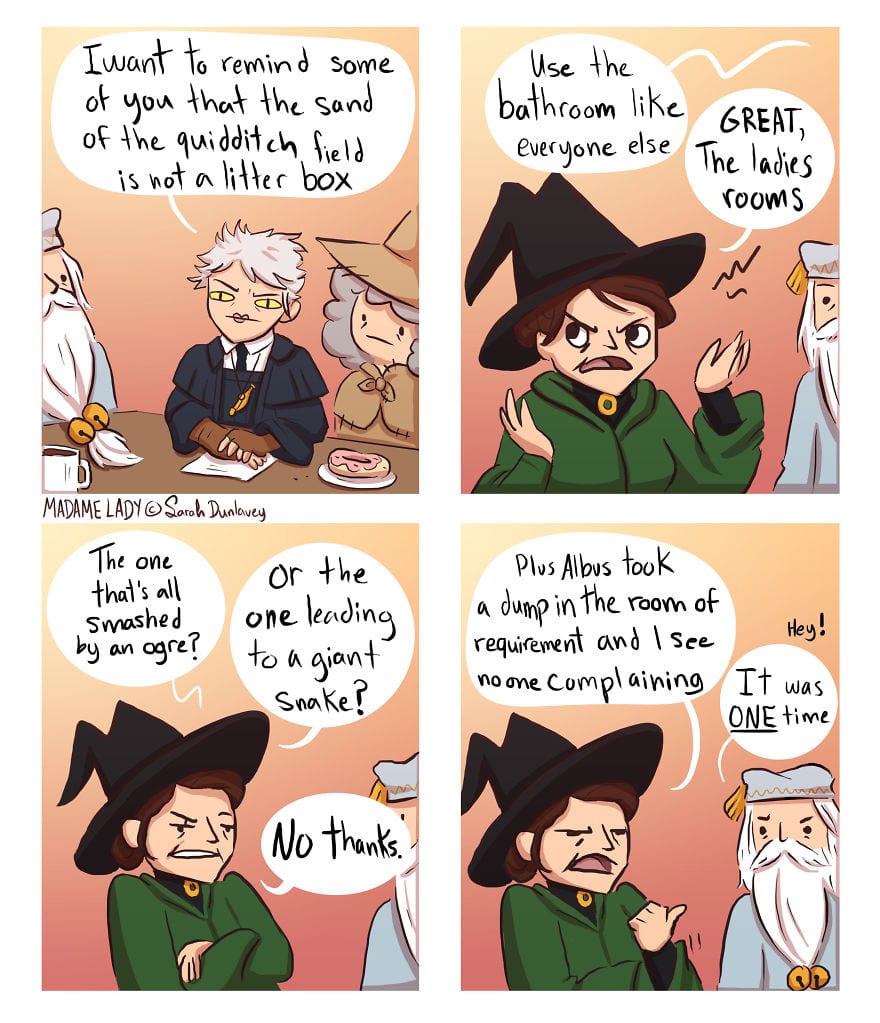 #23 She has been spending a lot of time in her cat form. 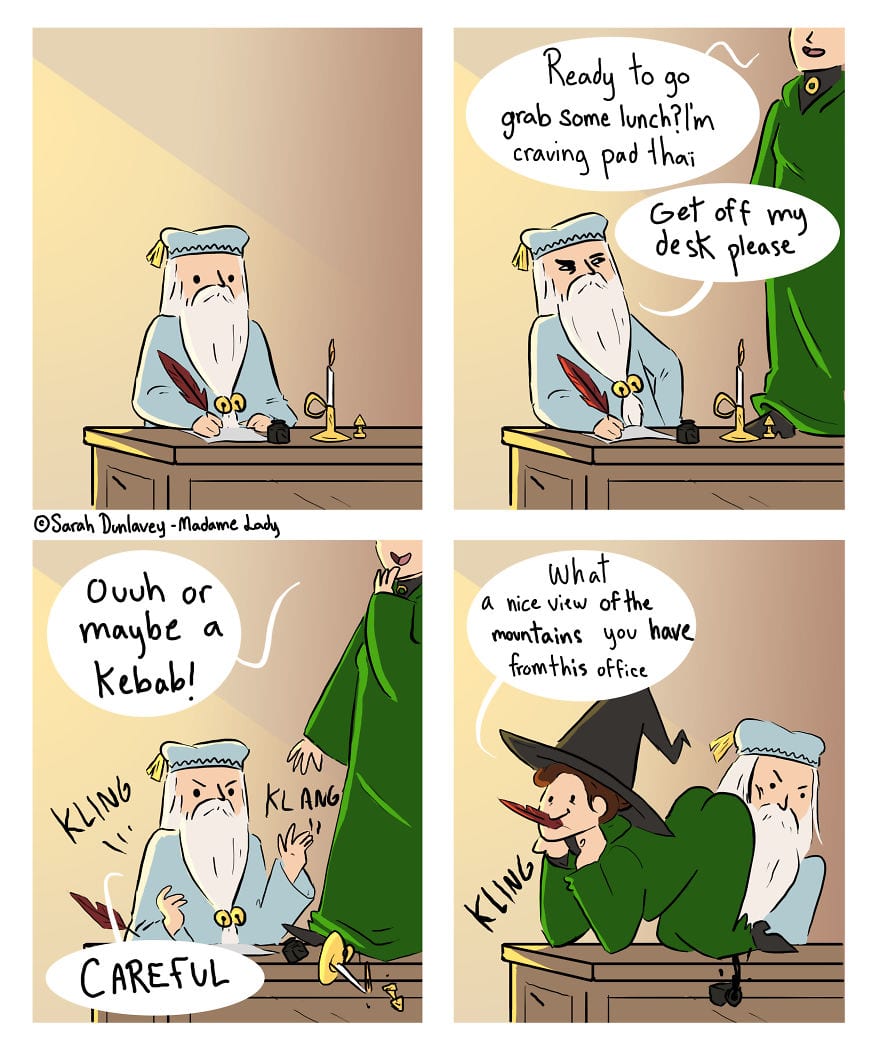 Oops, sorry-the sword was enchanted to make any snake you kill a lady. -Wolfowl

#25 You hurt the poor centaurs feelings. 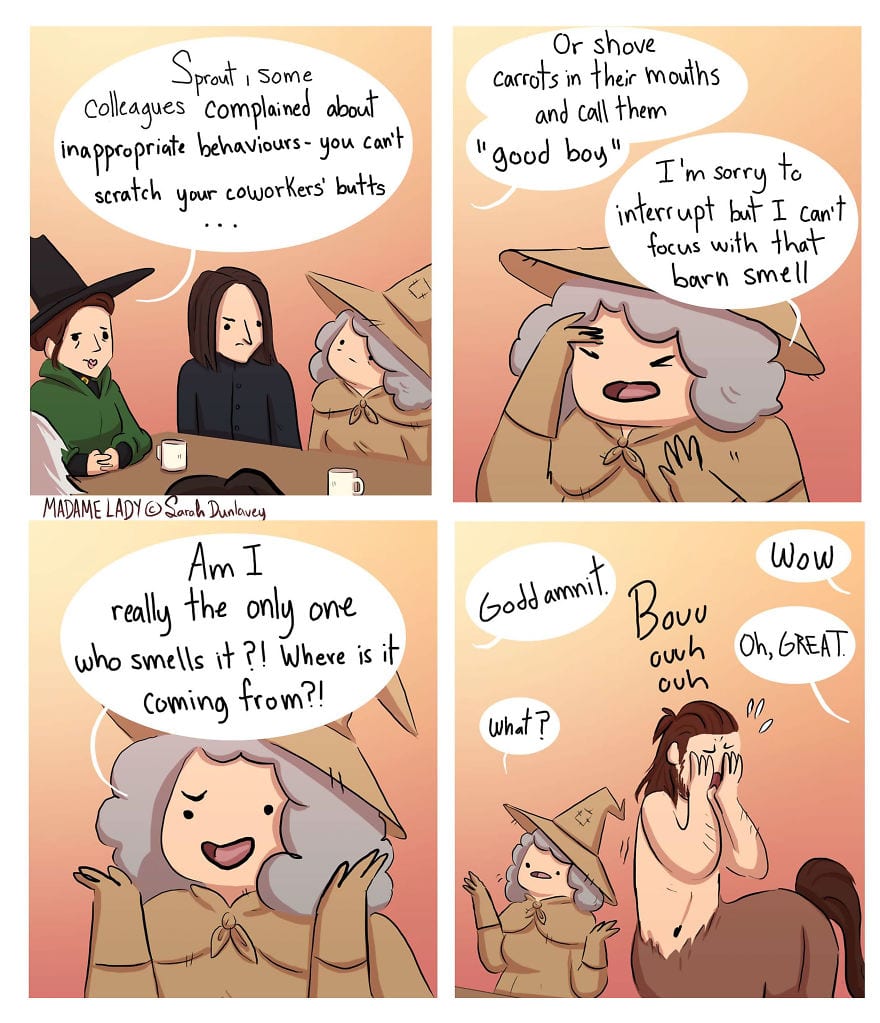 At least it isn’t Firenze… -Wolfstar

What are your thoughts on these comics? Comment down below and let us know if the artist did these characters justice.