Human beings are full of emotions and it is very easy to trigger them all.

“Emotions” is a very sensitive topic. Emotions are very significant in terms of enhancing or modifying how you spend your day. And emotions can be visually seen as well. A person feels thousands and thousands of emotions every single day ranging from anxiety, stress, happiness, sadness, anger, betrayal, regret, guilt. Your name and there is a feeling associated with it. And that is what drives your overall sentiment. Emotions are very complex to understand. As much as you feel them on the inside, the same amount of emotion is expressed and exerted on the outside as well. Happiness would make you feel brighter in your core and your bright smile and red cheeks would showcase that emotion to the outside world as well. Without emotions, everyone would cease to have a personality. It is the expressiveness that formulates your personality.

As mentioned above, there are so many emotions a person can feel throughout the day and they can be triggered by many events, in many ways. Watching a heartwarming activity could make you feel really happy and relaxed while watching a theft happen right before your eyes could trigger stress and anxiety in you. So emotions, at the core of it, is something very sensitive to what you see or what happens in your surroundings. So today, we are going to test that theory.

Today we are going to look at some pictures that are bound to capture all your emotions. You are bound to develop a sentiment of some sort, that might be different from the others but there will exist one.

Scroll down below to begin your test.

1. I don’t think there could exist anything more soothing than an image of a father and his two infants sleeping together peacefully. 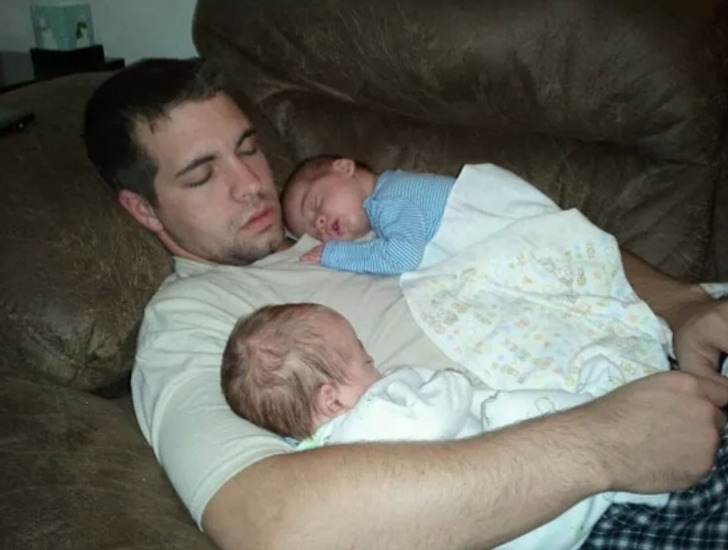 2. This cute doggo is making attempts to buy a movie ticket from his mother who can be seen behind the counter. 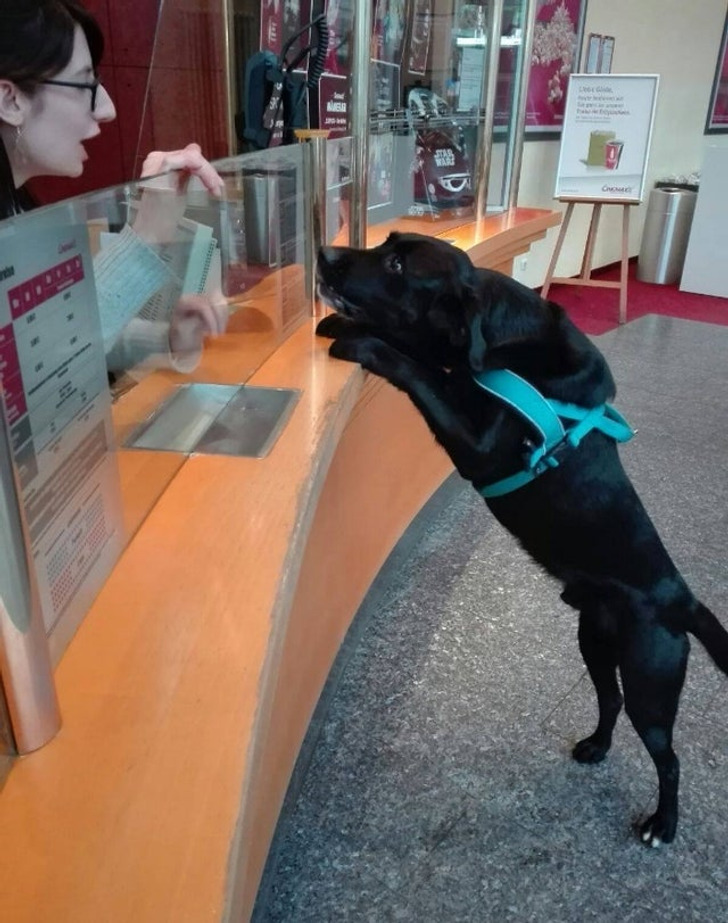 3. This woman cut her hair after 19 whole years and decided to donate 16 inches of it to be used in better acts. 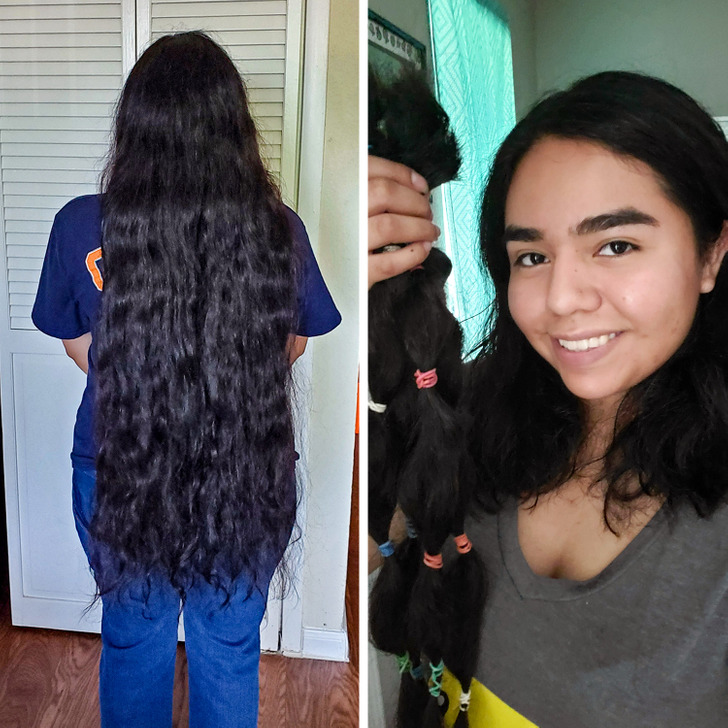 4. This person had eyes on this car ever since he had watched “Italian Job” in 2003. He finally chased his dream. 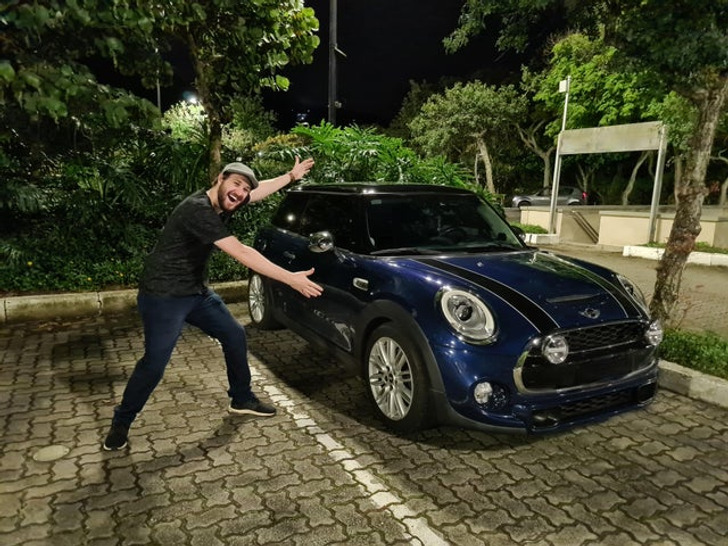 5. The classmates took this picture on the last day of their school. 13 years later, they still cherish it as their favorite picture ever taken. 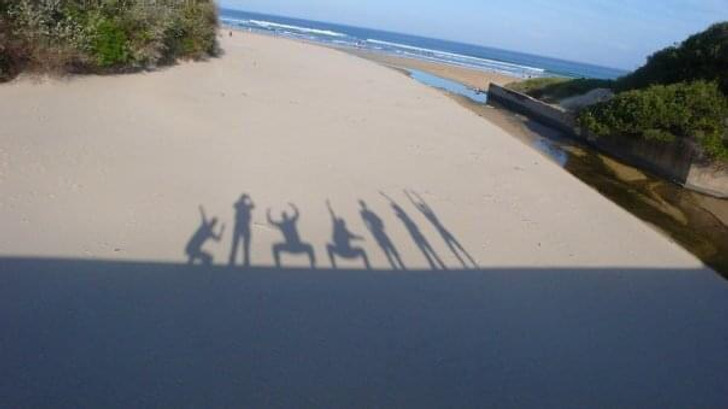 6. This person makes designer gingerbread man cookies for their nephew and niece every Christmas. So thoughtful. 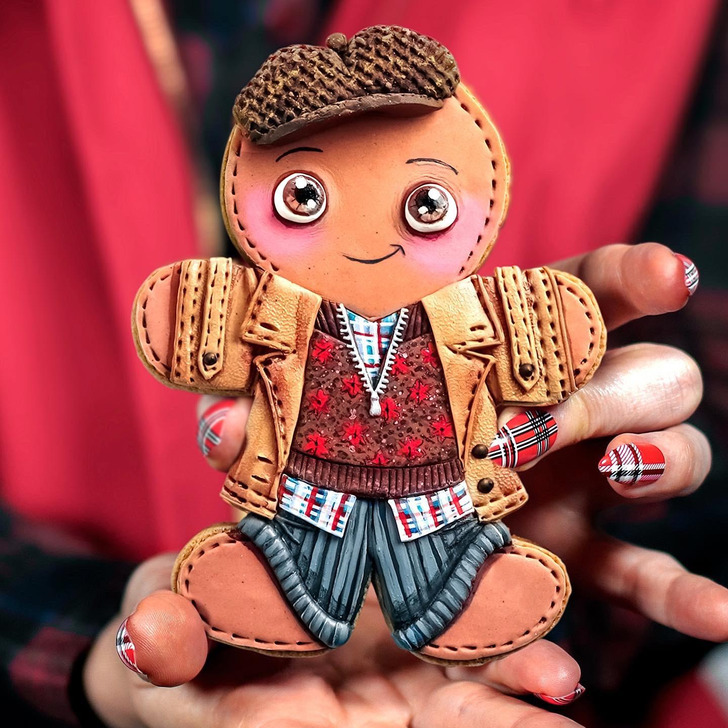 7. Meet the very excited Earthquake. It is her 7th birthday. 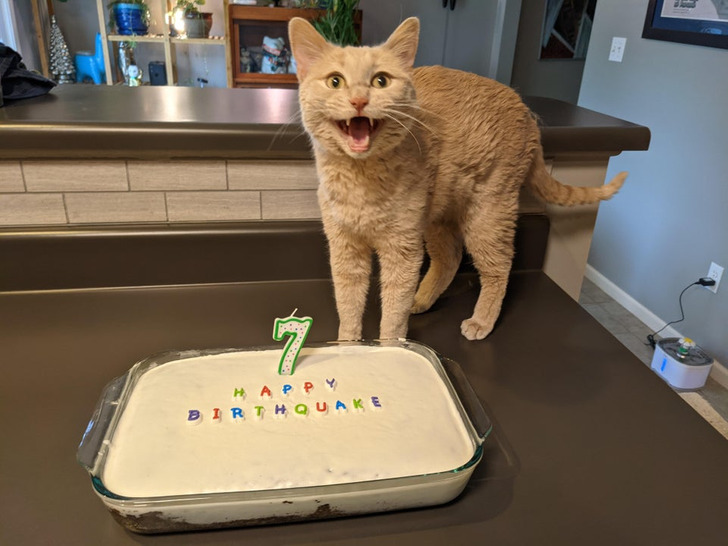 8. This person’s 93-year-old grandfather, who is a World War 2 veteran, can be seen telling his war stories to other veterans from different tenures, 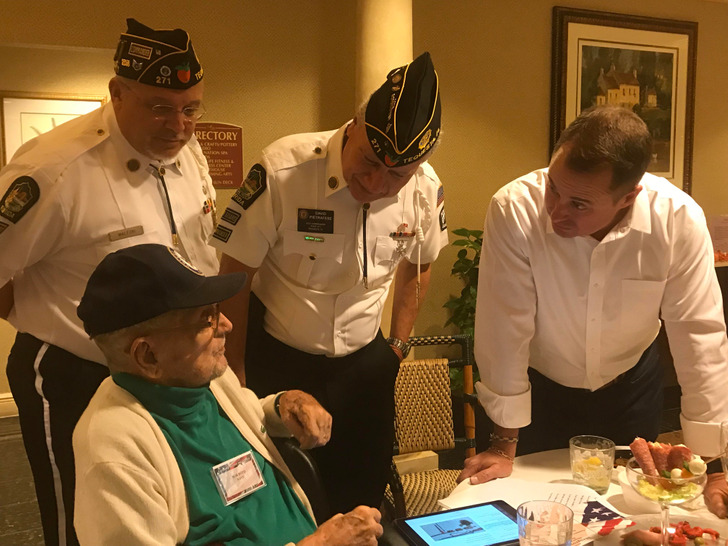 You know what. There is nothing better than content that exploits all the happy emotions in me. I just feel so relaxed and could enjoy such moments for hours. Happiness should be reinforced at all cost and I am glad we can do that for you guys through this post.

9. Their hamster passed away 3 days ago so their niece decided to give them some money to buy another one once they had overcome the pain of loss. 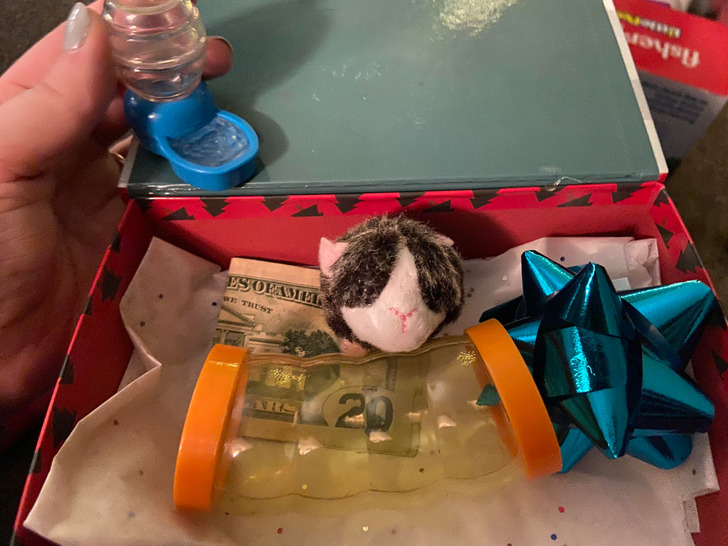 10. This rescue kitten absolutely lovessnuggling and cuddling her owner. 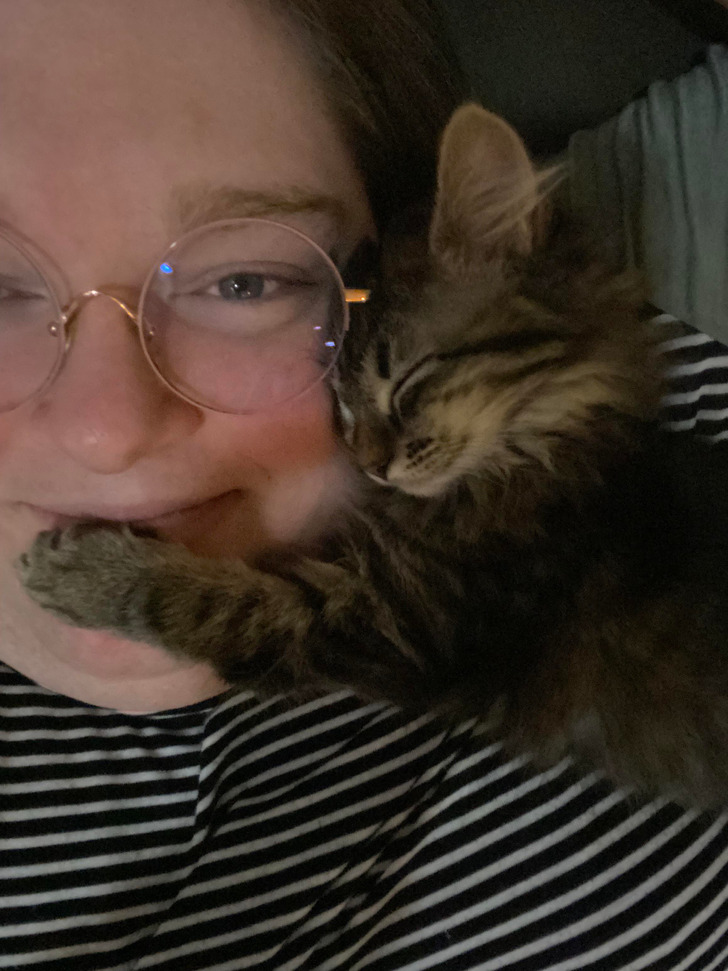 11. This elementary school bus driver randomly asked every kid on the bus what would they like for Christmas. He ended up getting them all exactly what they asked for. 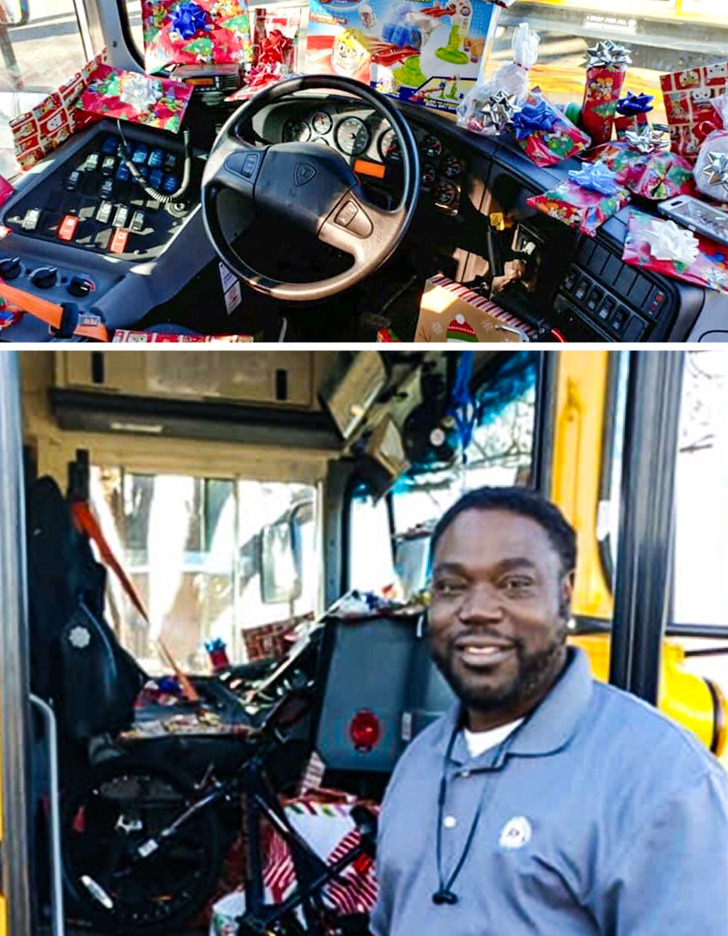 12. The two sons ran around the house for an hour. The dog son seems disappointed about how bad the human son’s stamina levels are. 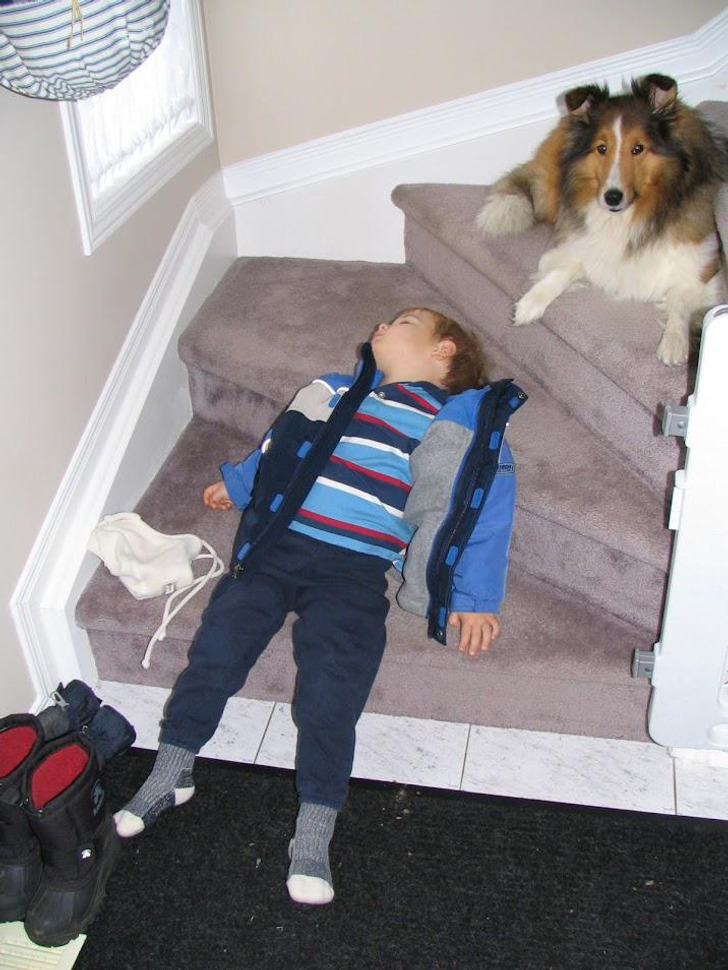 13. Parenting done right. This parent made a hand-made moon mural for their little one. 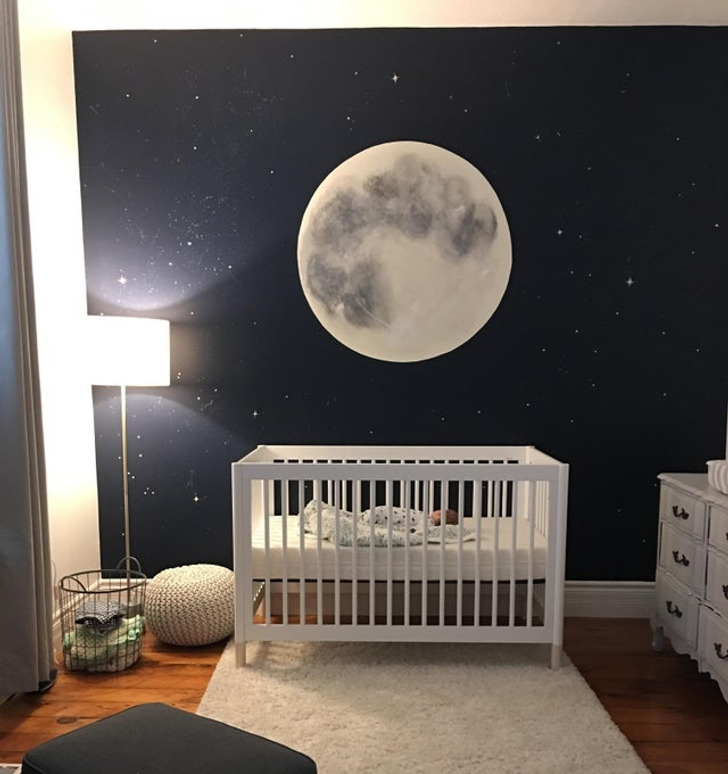 14. Why does it feel like this rescue cat is not amused at all about being rescued. She got helped, her ego now hurts. 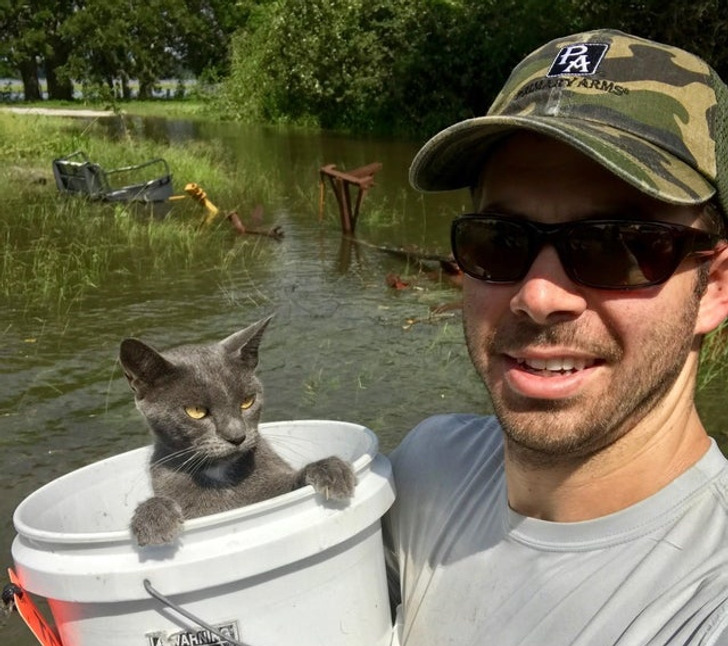 15. That proud little girl grew this sunflower all on her own. 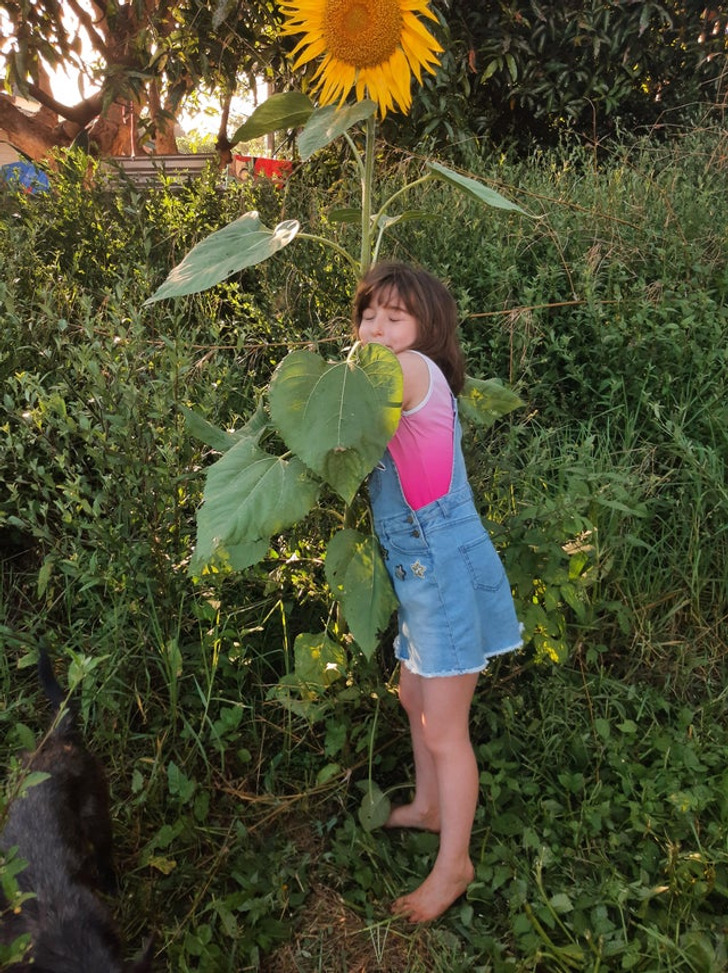 I am sure you guys felt lots and lots of emotions with this one. I really hope you guys enjoyed it. Don’t forget to share your thoughts in the comments section down below.

Stay tuned for more emotional ones!