A majority of the people in the world do not believe in the concept of love at first sight, they think of it as a joke. We have set many unnecessary and pointless boundaries when it comes to love. If you fall for someone within a month, people would make fun of you and misguide you into thinking that it is just mere attraction. Some people even think that a year is a short period of time to actually and completely be in love. First of all, who made these rules? Love does not follow rules. What they do not realize is that love is uncontrollable and inevitable. Personally, I think every individual has a different definition of love. It is a totally different experience for everyone, they all have their own unique stories related to it. For some, it is found just in a moment and for some, it takes ages. One should not feel inferior or ashamed for falling in love soon and there is also no superiority in taking years to fall for someone.

Officer Marcus Montgomery from Florida gave us the best and purest example of how love at first sight happens and how amazing it is. One day, he was responding to a call from Panhandle Animal Welfare Society (PAWS) and he came across this tiny, cute puppy he saw at the shelter. The shelter staff rescued that fragile little puppy that same day. The poor puppy was lucky enough they found and rescued him from the streets, he probably would not survive one more night there because of his poor health. Keep scrolling to find out what happened next between this kind officer and the fortunate puppy…

The cutest picture on the internet today. 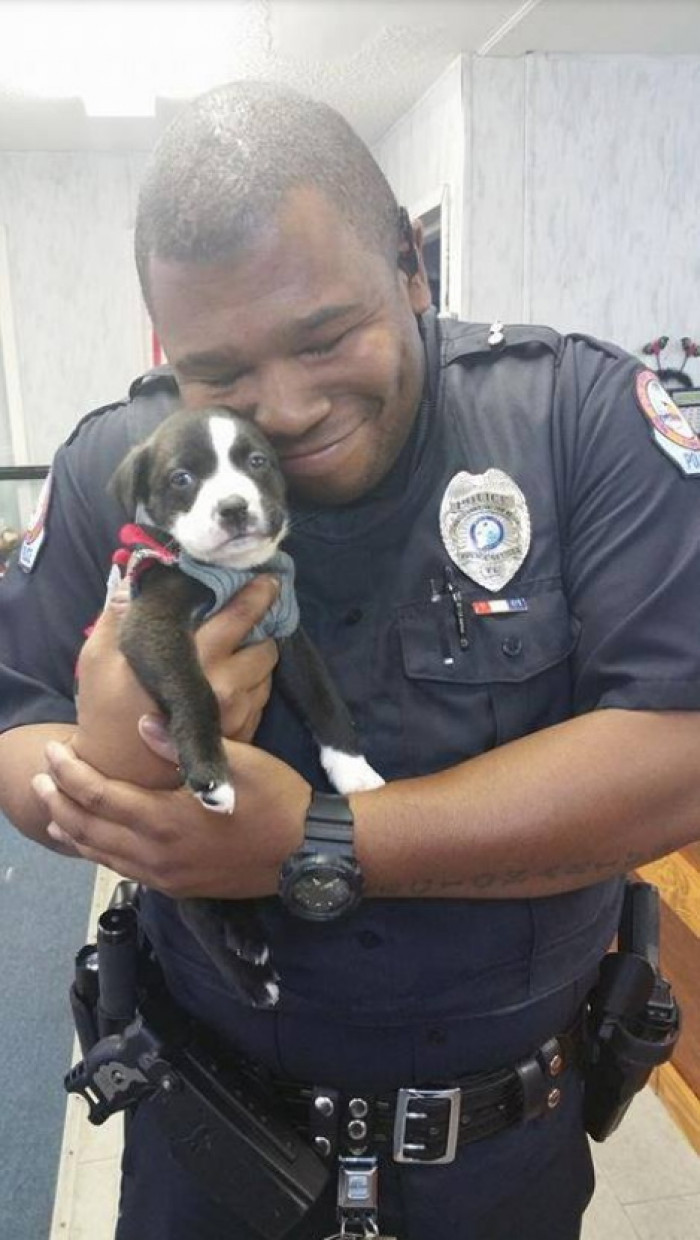 Surprisingly, it is not the first time that Montgomery and his partner took a puppy in. They have adopted a pit bull dog previously from PAWS and named him Vader. This is great, the puppy would not feel lonely now, he got a big brother too! That is not all he got, guys. Besides getting a new big brother, he also got a new name inspired by Star Wars.

“We’re naming the new pup Kylo,” said Montgomery’s partner on Facebook. How cool is that? I love that name, sounds cute and totally fitting. Scroll down to see the cute brothers snuggling with each other. 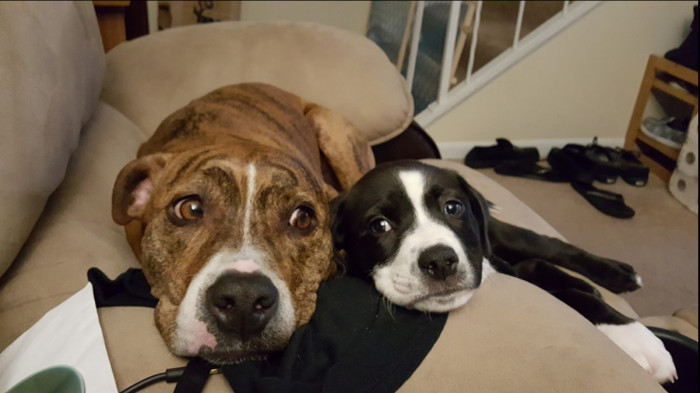 Both of these babies look super cute together. To say that they seem to get along with each other would be an understatement. They look really happy and comfortable with each other’s company, which is amazing. I am so happy for this little family. This was such a sweet and heartwarming story. It also gives us a great example of why we should adopt rather than shop. To help save a life. Have you ever adopted any animal? What was your story? Tell us in the comments down below.