Life would’ve been so boring without our pets.

Have you ever been in the company of a little one who has just learned how to walk, can say a word or two, and has very tiny teeth? Well, if you have then you have felt what it feels like to be in the company of a pet animal. They literally behave the same way and maybe that is one of the reasons why animals and little babies gel so quickly and so strongly. Our cute pets will literally do everything possible to make us smile all day long. And at times the efforts would end up making up laugh hysterically. The part I love the most is that most of the things our pets do for us are entirely unintentional. I think that way because we can’t tell what’s going through their minds because of an obvious language barrier but one thing is for sure, we know they deeply love us and are always looking to do things that would keep us happy, joyous, stress-free, and loved. And by we, I don’t mean just their owners but every human in the world, thanks to the internet. One beauty of, if you like to call it that, our pets trying to entertain us is that they suddenly turn into something else. And by something else I mean anything but themselves. They start acting like they are not from this world and this can happen not just when they are trying to be funny or cute, but when they are throwing tantrums, hungry, angry, sad, basically anything.

Today we are going to look at a blend of hilarity with adorableness and it’s a good one. Scroll down below to enjoy pictures of pet animals being cute by not being themselves.

1. Don’t you dare laugh at me, human. You spoiled me up to this level. I am your mess. 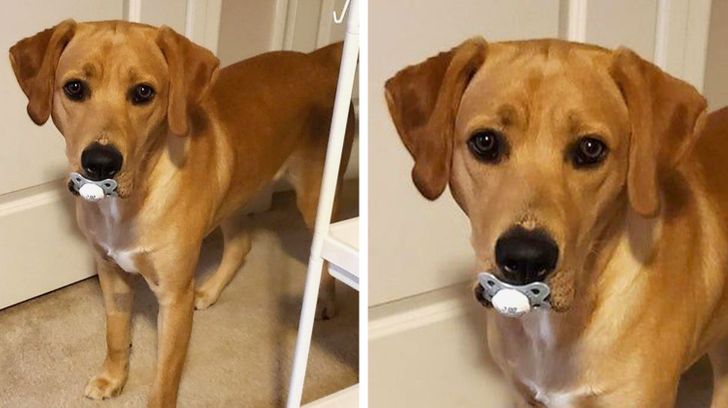 2. See that cat and what it is doing? That is a senior cat. Nope, not a kitten, a senior. 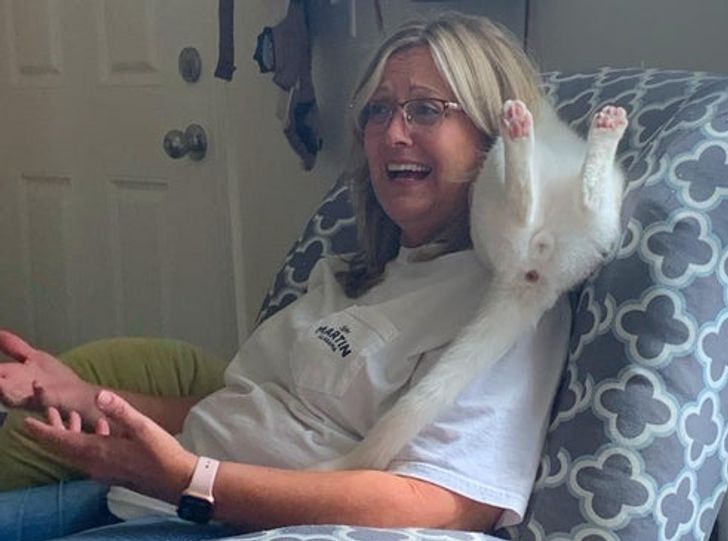 3. Owner was feeling generous so they got their cat a new comfortable bed. You can’t blame that cat for sleeping under the bed. Unfortunately, the user manual was in English 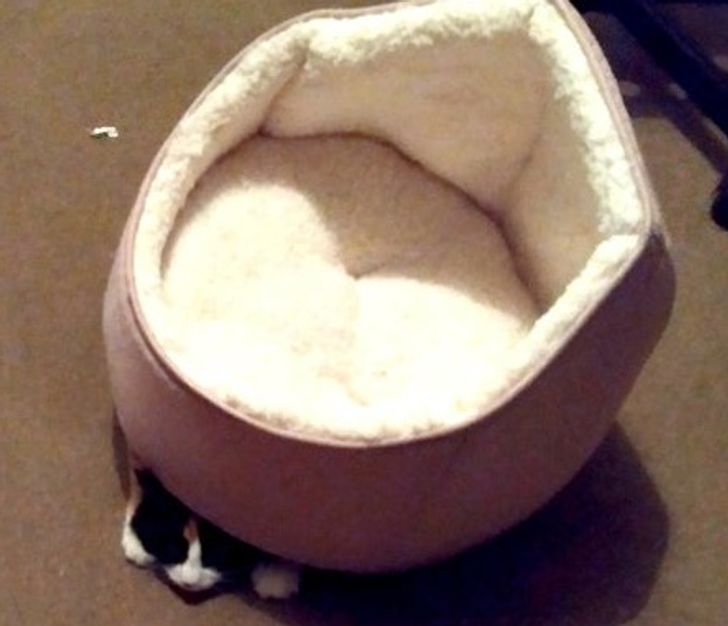 4. When you’re all set and are ready to capture that moment and the camera betrays you by opening the front cam. 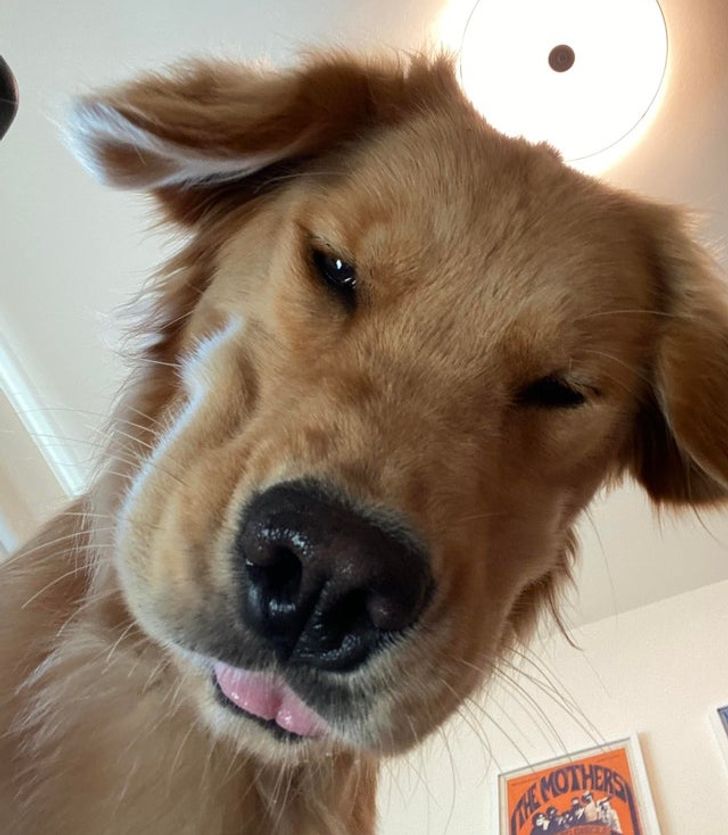 5. He read the sign and claimed the entire pot. 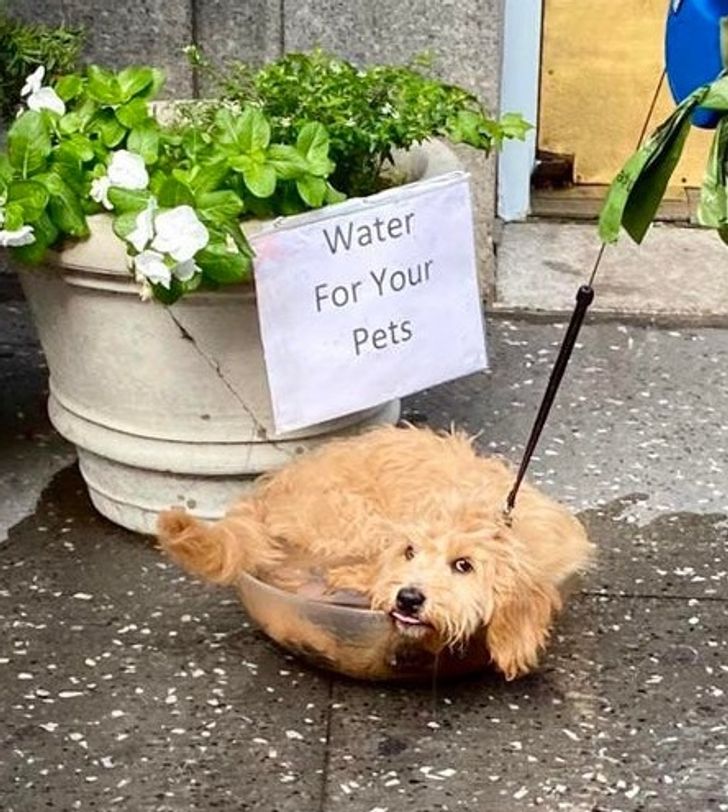 6. Meet Opie! As soon as his parents started having dinner, he went to his room, grabbed his bed and blanket, dragged them all the way by the dinner table, got into the position you are seeing him in, and watched his parents have dinner. 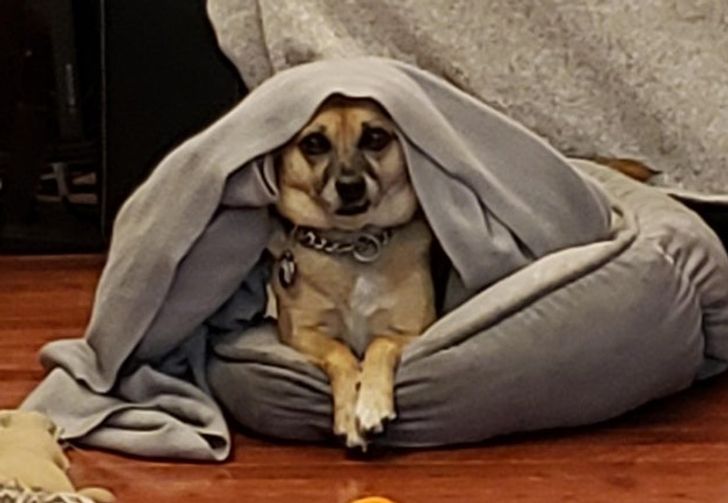 7. Their cat has developed a new habit. It suddenly sits like this randomly throughout the day and starts staring at its owners. 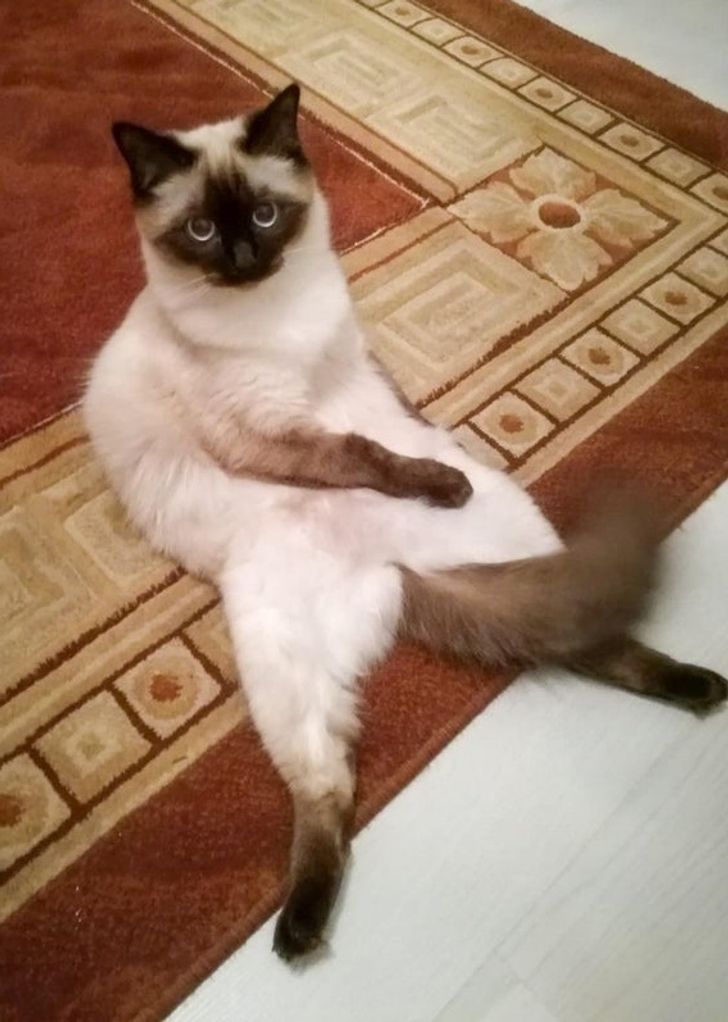 8. He just did that for no apparent reason. The owner is now walking a bush. 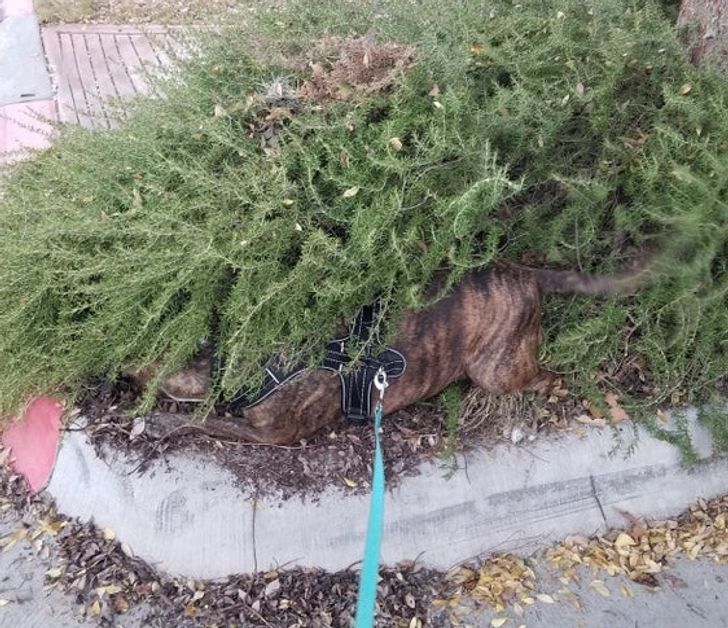 9. The “sweet” dog is sleeping peacefully. I know it doesn’t look like it. Maybe because it is playing an evil character in its dream in that moment. 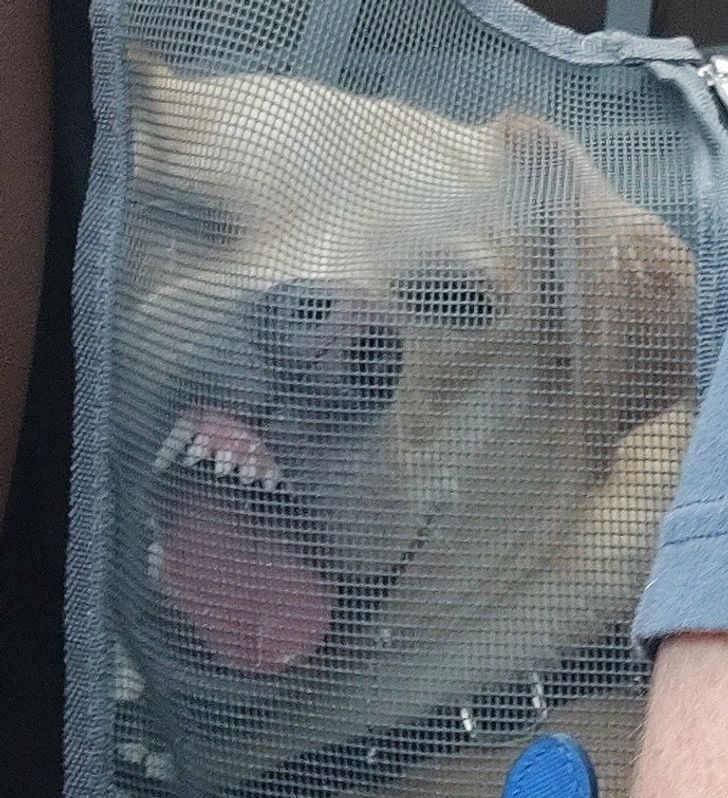 10. Do I not look like Princess Rapunzel from the Disney movie Tangled, Mom? 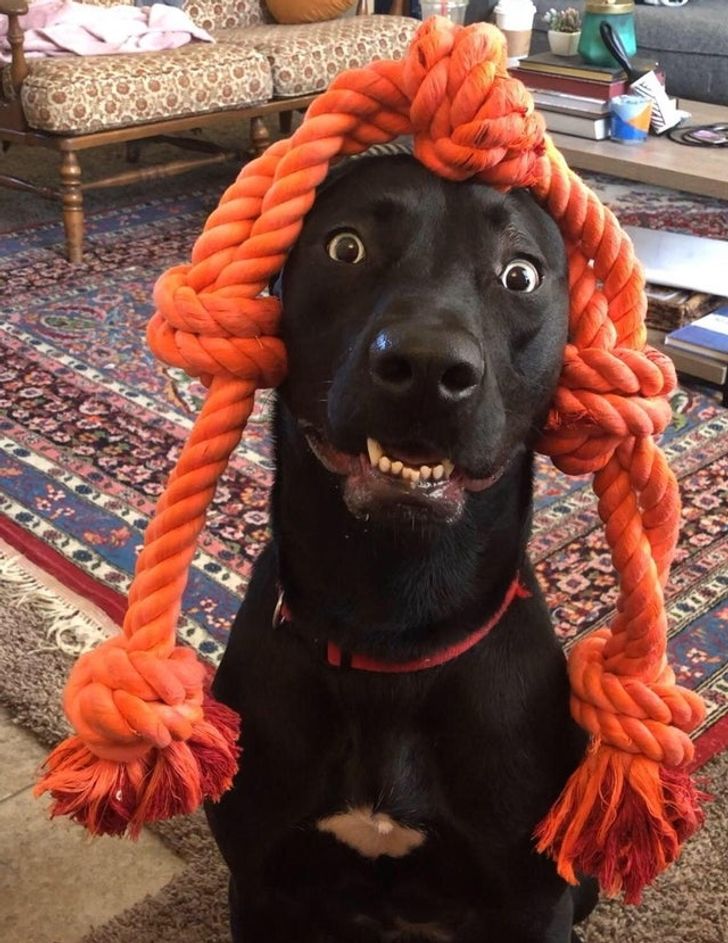 They all look the cutest when they act the dumbest.this strategy has worked best for little babies and pet animals. People of my age can’t pull this off. And that’s what I absolutely love about our pets. They fill all our voids with, what I like to call their dumbness, their uniqueness and adorableness.

11. He was literally sent to a daycare for the day and he ended up holding hands with everyone there. 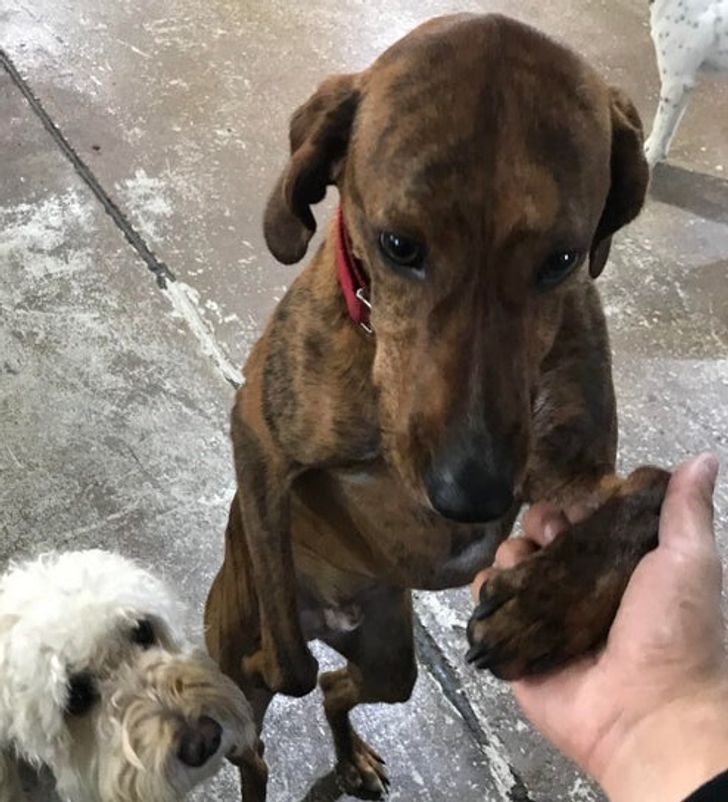 12. Time remake that assignment for the 8th time thanks to the dog and its saliva. 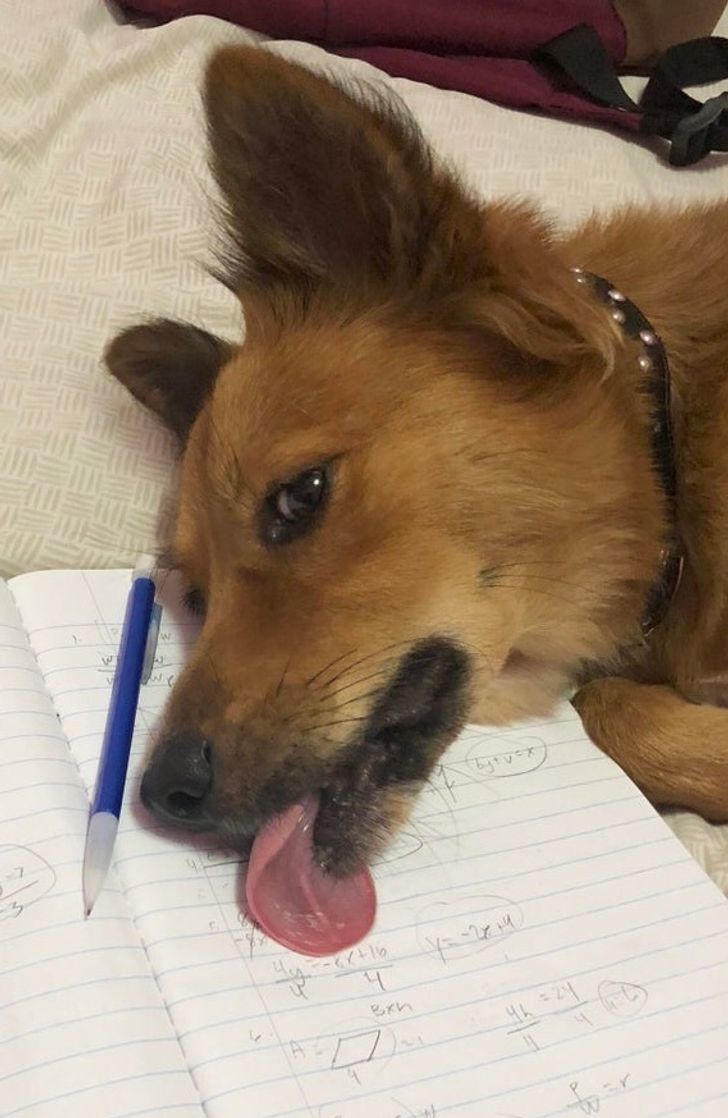 13. What special treasure did that dog hit? He is gonna need someone to shovel him out first before he can shovel that treasure out. 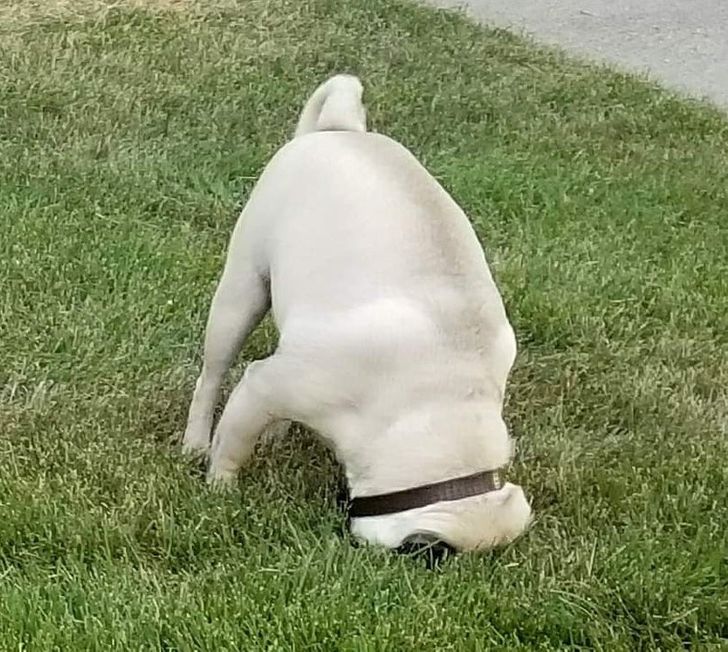 14. Remember how we used to suck our thumb before going to sleep? He sucks his toe. 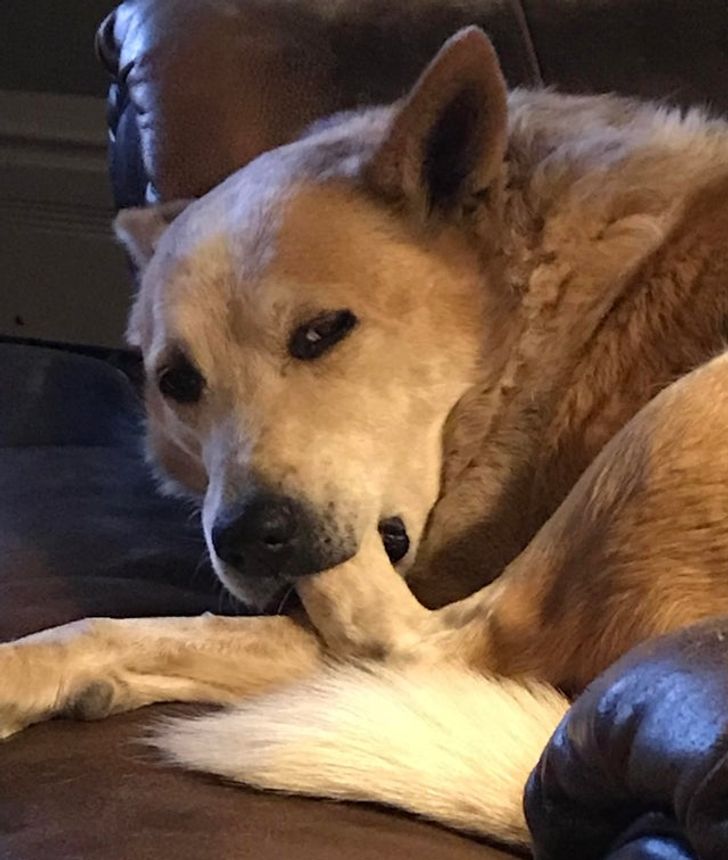 15. The best “I don’t care what you think about me” picture. 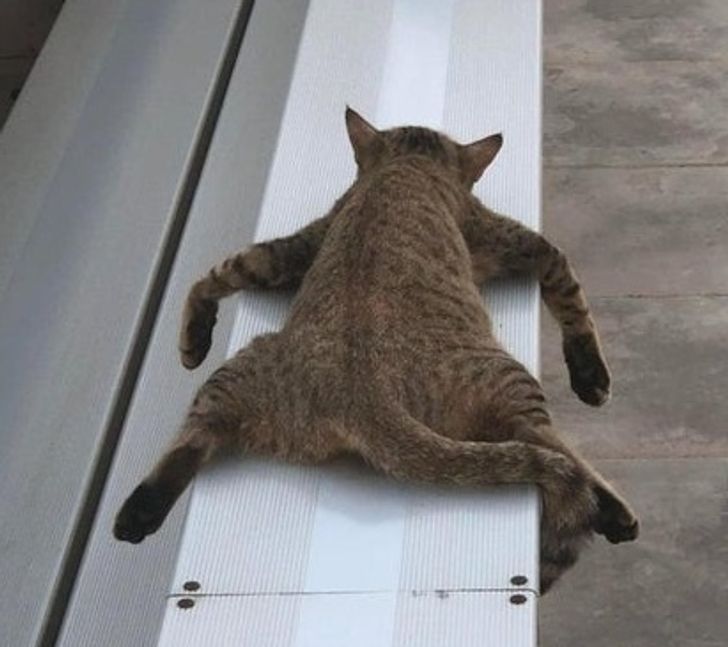 16. This pup finally understood how mirrors and their reflection works. Now looks at everyone using its reflection and not directly. 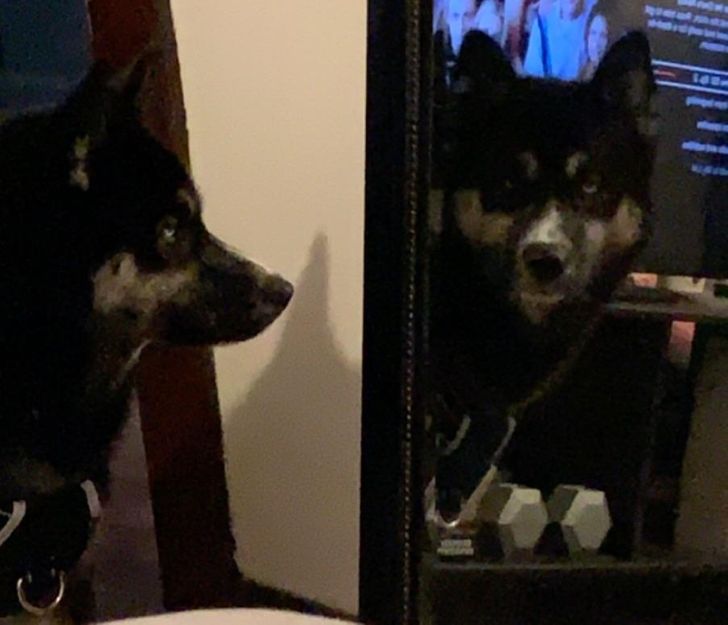 17. Just anxiously waiting for his owner to complete the work-from-home assignment so he can finally jump on them and show his anger by countless kisses. 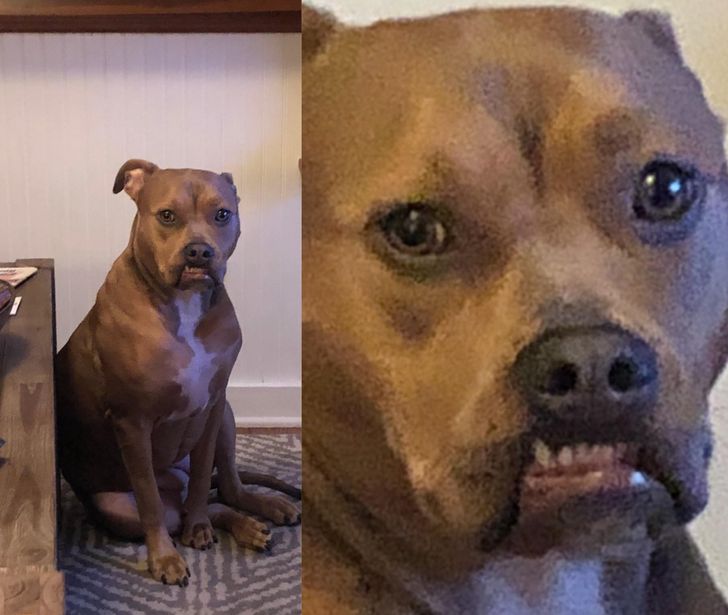 18. When the camera turns on, this cat malfunctions. 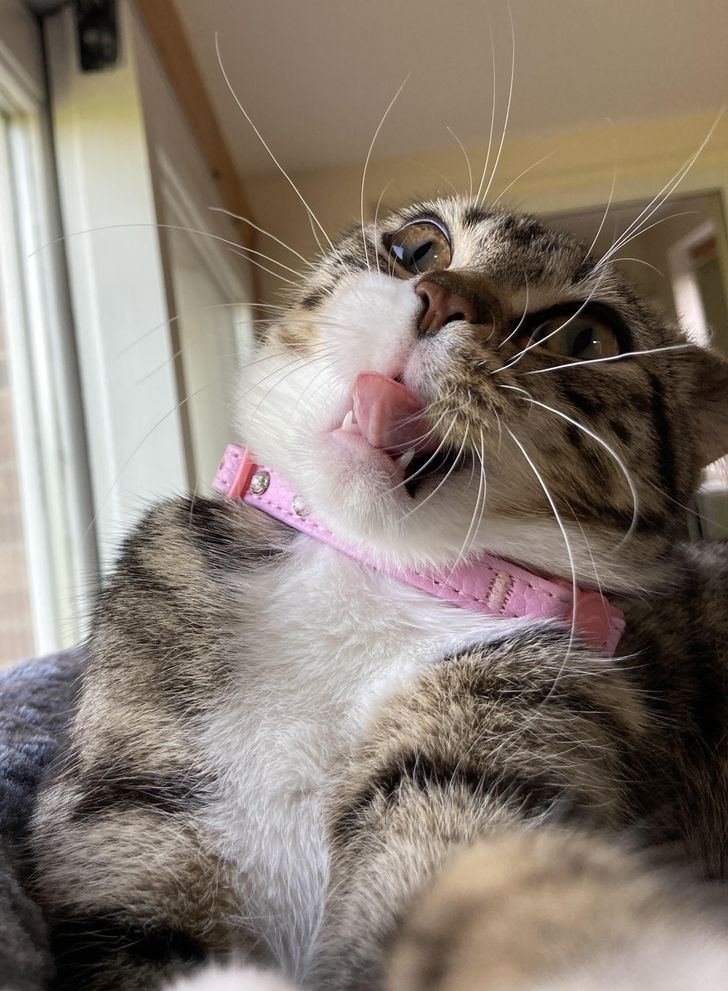 19. Lorbus was so hungry that he decided to take on a metal chair. Anything for that tummy. 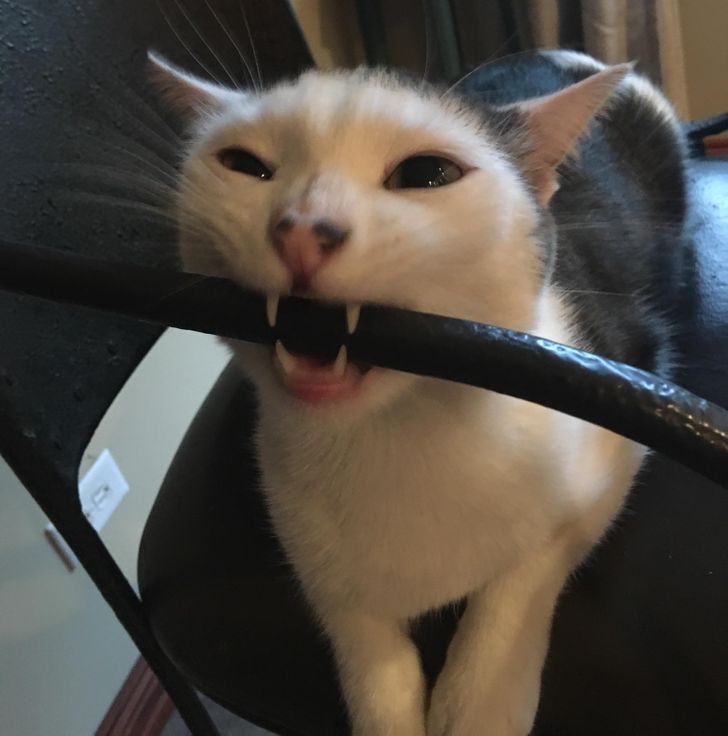 20. How many times have you seen a cat become an absolute gentleman? Only when the human gets those extra delicious treats in this month’s groceries. 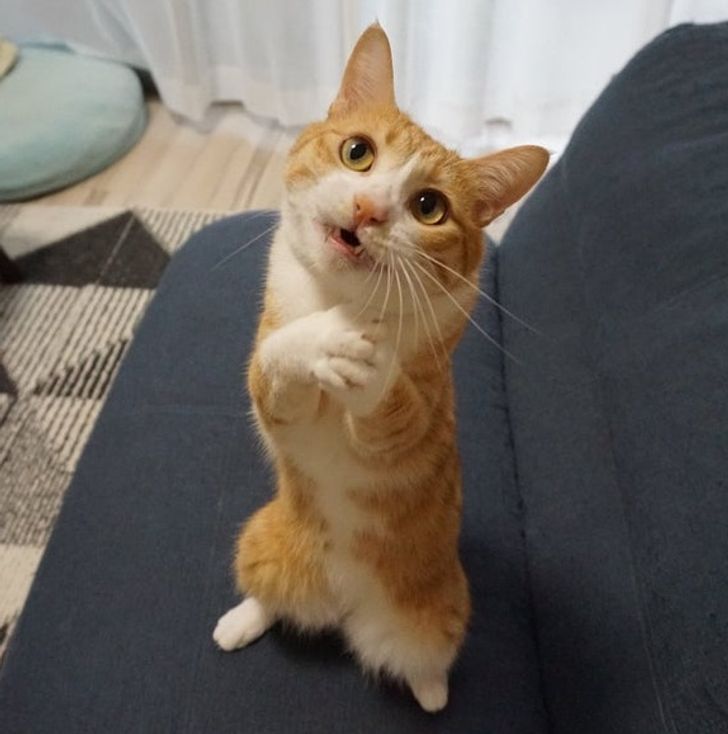 I really hope you guys enjoyed this one. Don’t forget to share your thoughts in the comments section down below. Has your pet ever done stuff out of the normal?