And rare ocelot kittens are a precious sight! Ocelots have been the victim of hunting for quite some time now because of their fine fur. They are facing a lot of threats these days as they are slowly becoming endangered in the wild. However, a ray of hope was recently found at the Audubon Zoo in New Orleans, Louisiana, as two ocelots had a baby son. On May 6, 2020, kitty parents Milagre and Joaquin proudly presented their offspring to the world.

The zoo released a public statement regarding the birth of the kitten. As the Audubon Zoo had been shut down for three months because of COVID-19, people are now dying to see the rare ocelot kitten. 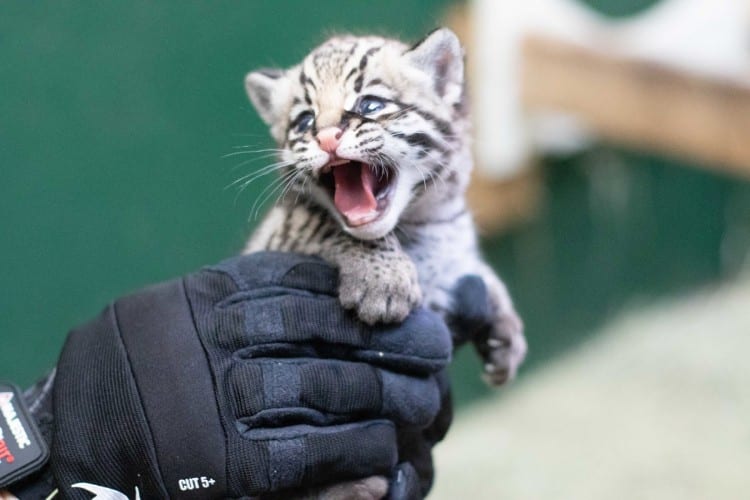 Kylie Linke, a member of the animal care team at the zoo, reported the following about the health of the kitten and his mother:

“The mother and kitten are doing great and he is eating like a champ. Milagre has been very accepting of us weighing him and always is ready to carry him back into the den when we’re done. He’s gone from around 200g at birth to now weighing more than 700g in just three short weeks! We’re already seeing personality and he’s just starting to zoom around on his own.”

Regarding the kitten’s name, Linke said, “He doesn’t have a name yet, but he’s already stolen our hearts!” 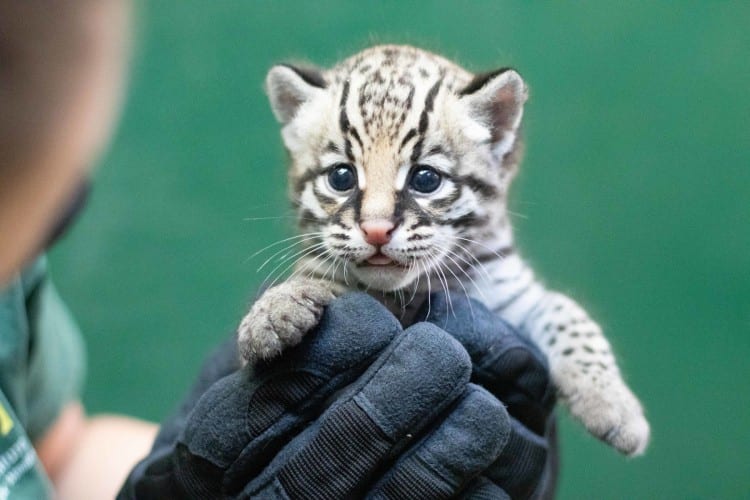 The Audobon Zoo announced the birth of the kitten on their Facebook page:

You’ve gotta be KITTEN ME! 😍
A rare, male ocelot kitten was born at the Zoo on May 6, 2020, to parents “Milagre” and “Joaquin.” Milagre (“miracle’’ in Portuguese) and Joaquin came to Audubon Zoo in 2017 from the Dallas Zoo. The kitten’s birth comes as part of Audubon’s participation in The Association of Zoos and Aquariums’ Species Survival Plan for Brazilian ocelots. Native to the southwestern United States, Mexico, and Central and South America, the ocelot was nearly driven to extinction in the 20th century by hunters who saw great profit in its lustrous fur coat. 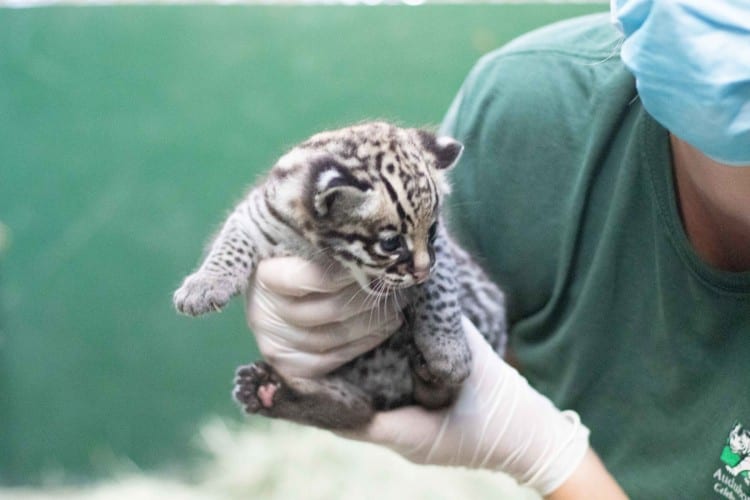 The kitten is not currently on public view while it is being cared for. The veterinarian team expects the ocelot to be ready for his public habitat in about 8 weeks after all rounds of vaccinations have been administered. Stay tuned to our social media for updates regarding his name and debut date.

The kitten who has yet to be named will not be made viewable to the public for approximately eight more weeks, once he has received all his necessary vaccinations. He is being weighed twice weekly because his mother, Milagre, had mammary gland issues when nursing a previous litter. All are doing well, and this kitten seems to be in great hands and thriving.

This is the video they released of the beautiful ocelot kitten:

“What joyous news to share as the Zoo reopens its doors to the public. A birth like this serves as an important reminder of the spirit of hope and renewal inherent in all life. Like his parents, this kitten will serve as an important ambassador for the animals of Central and South America to the people of New Orleans. My family and I are delighted that our support of Jaguar Jungle could help bring this new life into the world to inspire thousands of Zoo visitors to make a positive impact on wildlife across the globe.” 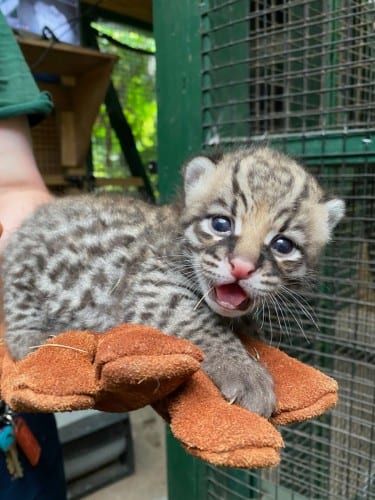 Thank you for bringing bliss and hope into the world, little cutie! The world is already in love with you. To support the Audoburn Zoo in difficult times, you can check out their website here.