There is a reason nobody helps out slackers.

Because even if you give them the answers to the upcoming text, they will still whine and moan about how it’s not fair for them. Or how it is so hard on them. Or that they will lose their scholarship and other stuff. It’s like they don’t even understand that the rest of the class is dealing with the same thing and that they aren’t a special snowflake.

Apparently, no one taught them that nothing in life comes easy and that you have to work hard to get what you want. Nothing is handed to you. And if somebody is helping you from the kindness of their heart, don’t take advantage of it. Nothing is owed to you. However, this girl didn’t get the memo.

From making stuff up on the spot to being extremely rude, she checks all the boxes of being a lazy slacker who wants to nothing by herself. Scroll on below and take a look at the conversation.

It started as a normal enough conversation. 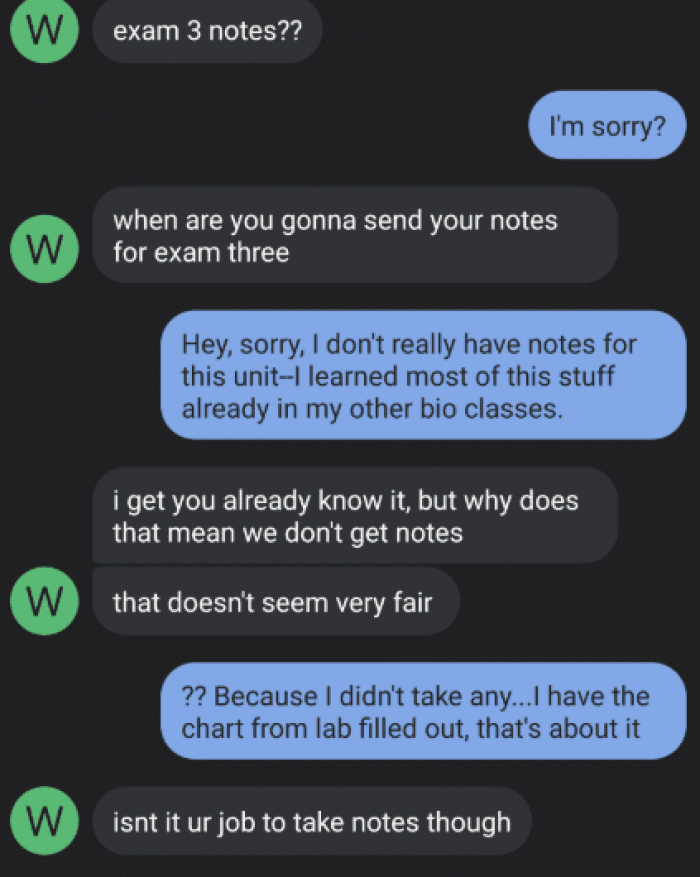 It just seemed like this person was under the wrong impression. 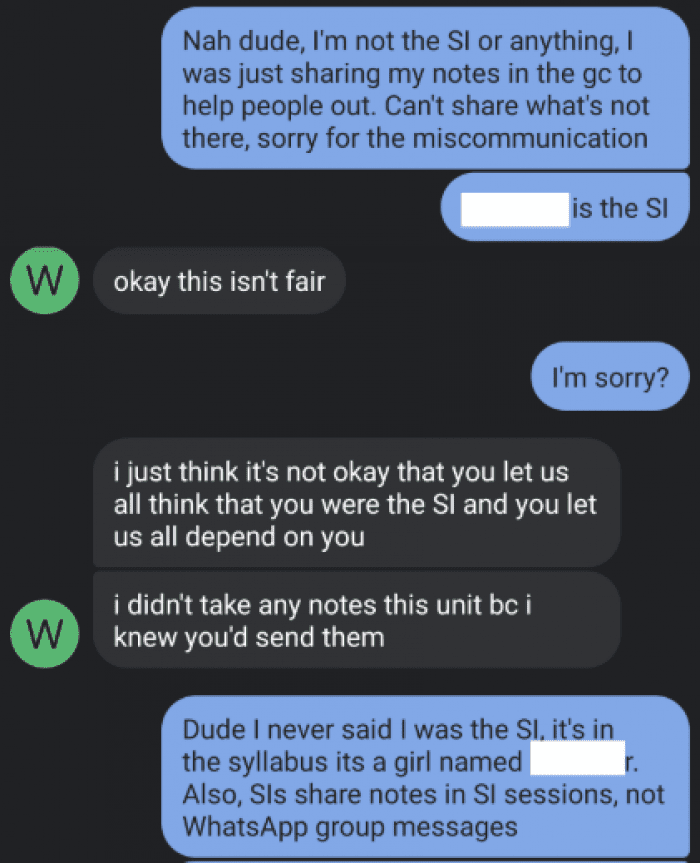 This person was just helping out their friends not because she had to but because she wanted to. And this girl makes it sound like it’s their fault that she might fail the class.

So she was soon set on the right track. 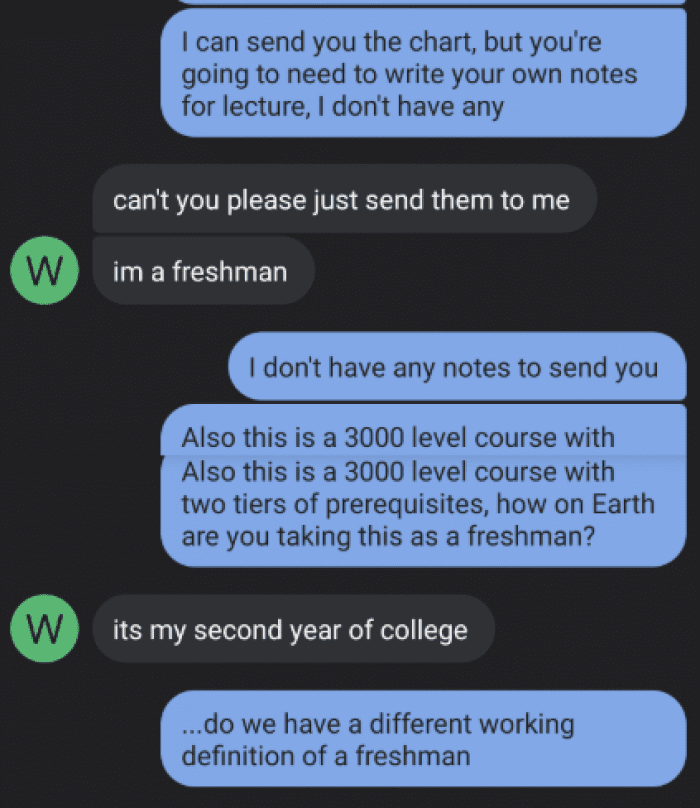 However, that is when things started to get a little bit on the weird side. 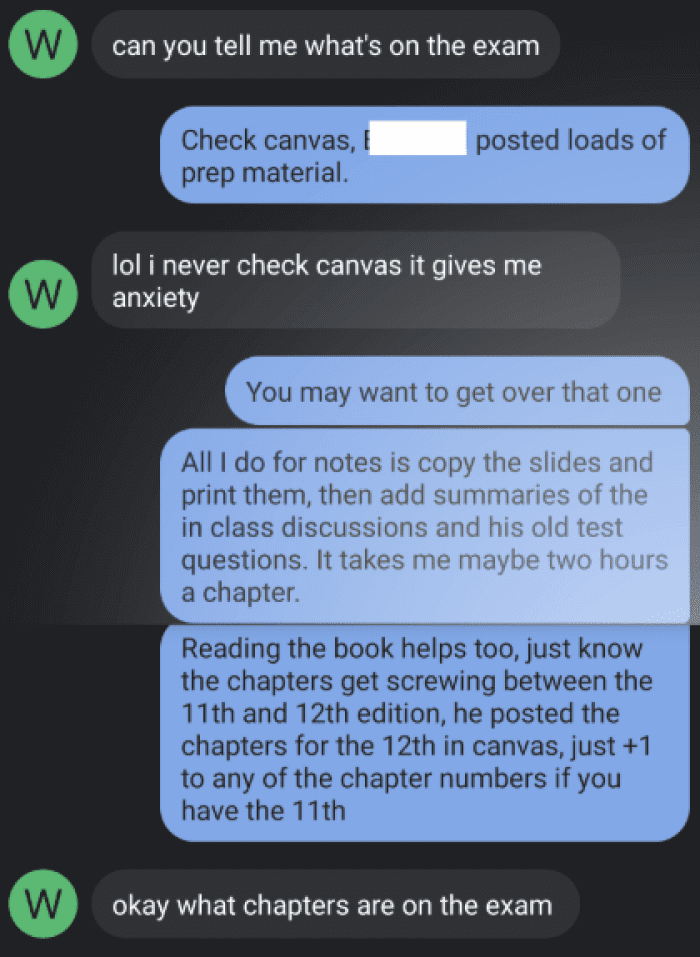 The best part of this is the sweet relief that this CB will never make it to or through med school to be a doctor. –Revwog1974

She apparently has anxiety attacks and can’t check the canvas board. 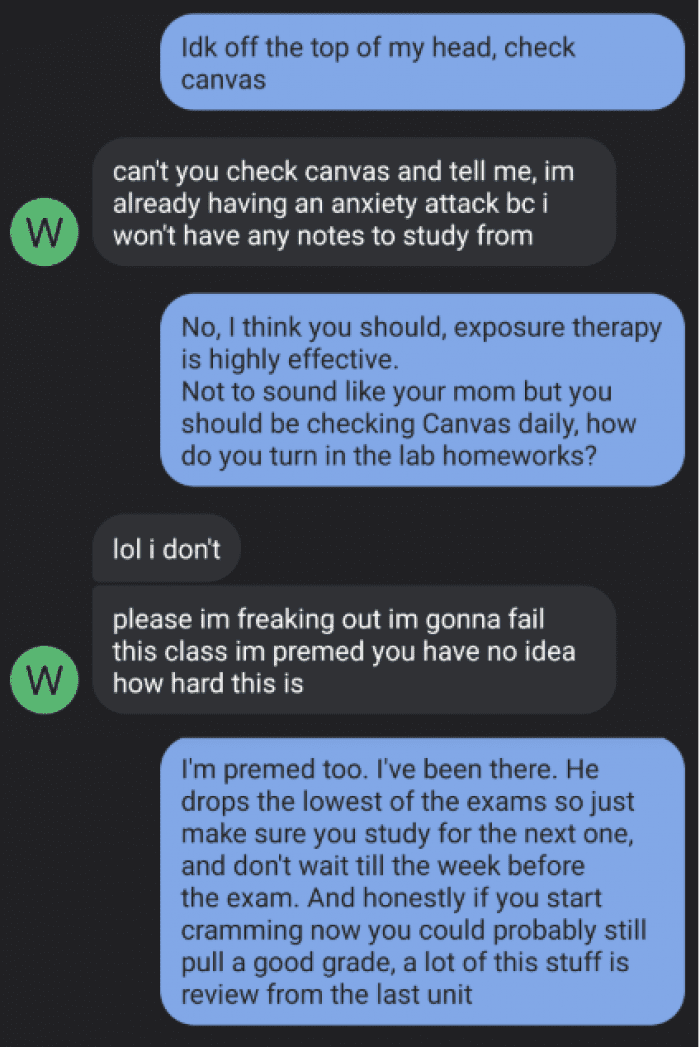 There are so many checkpoints in which his or her selfish personality will ultimately be revealed, not to mention if you are having anxiety attacks from looking at a undergraduate course webpage, you’ll likely not survive the rigors of med school. –Gassygarzia

And now she stooped so low that she started insulting this person. 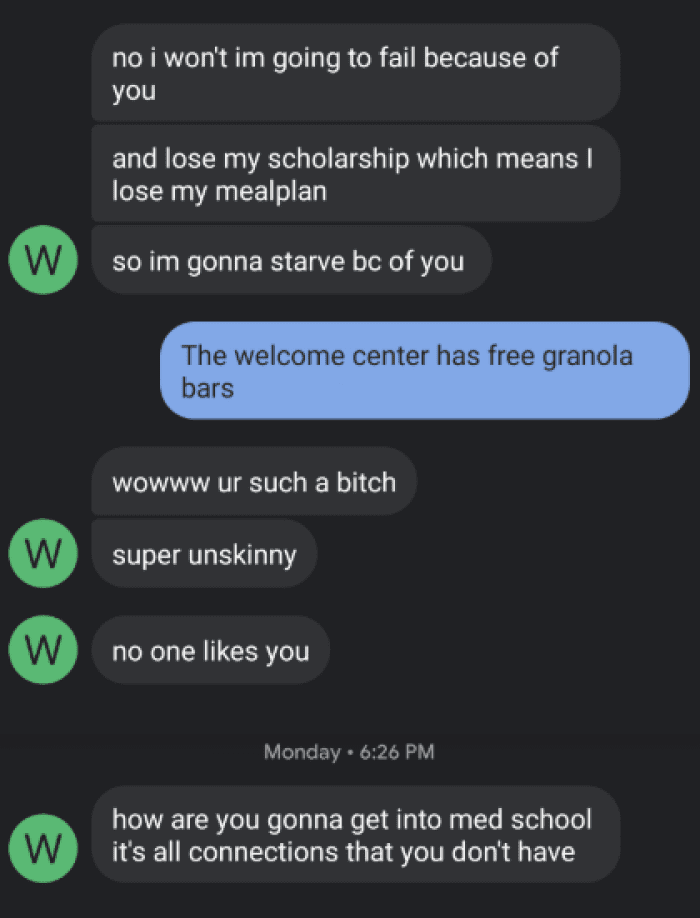 Of course, this tactic always works. When something doesn’t go your way, call the other person rude names a bunch of times and they will do whatever you want. I’m surprised this isn’t taught in med school.

She couldn’t take notes herself but she was going to help this person with their MCAT? Makes sense. 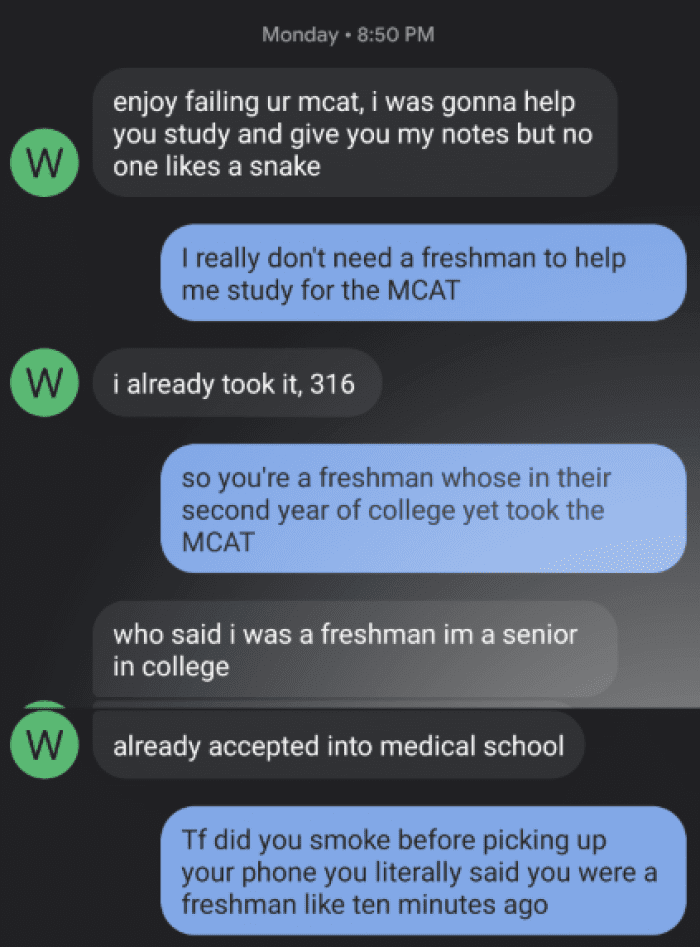 And now she has realized that she majorly messed up. 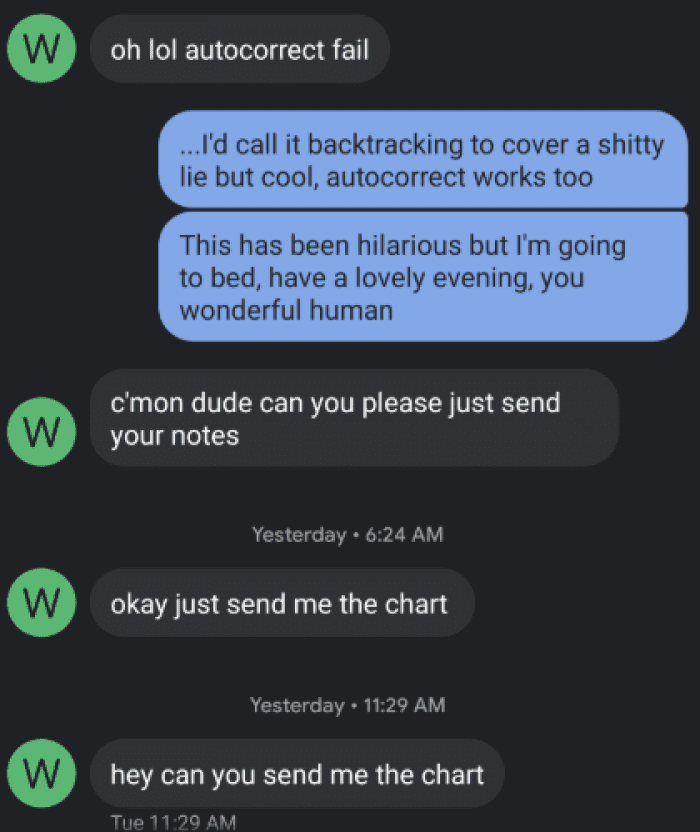