Splitting up chores is the best thing to do in a marriage.

I know many are stay-at-home fathers and mothers, and they are fine with doing the brunt of the housework. However, it is never as easy as it seems. So it is always better to split up house chores as it is nearly impossible to take all the responsibility of daily chores while also cooking every day especially if you have children. Well, these spouses had a good thing going for a long while. If one would cook, the other would clean.

I mean that seems sort of fair right. After all not everyone likes cooking and the same goes for cleaning. However, things came to a head one day when the wife was tired of her husband making a huge mess every time he cooked. It is understandable that it is her part to clean, but it is not truly fair when she cleans after herself and tries to make it as easy as possible for him. While he doesn’t give her the same consideration.

I know this may not seem like such a huge deal but even these little issues can fester if you don’t talk them out. So scroll on below and take a look at what she did to make him understand.

This is a good way to go forward in any sort of relationship. 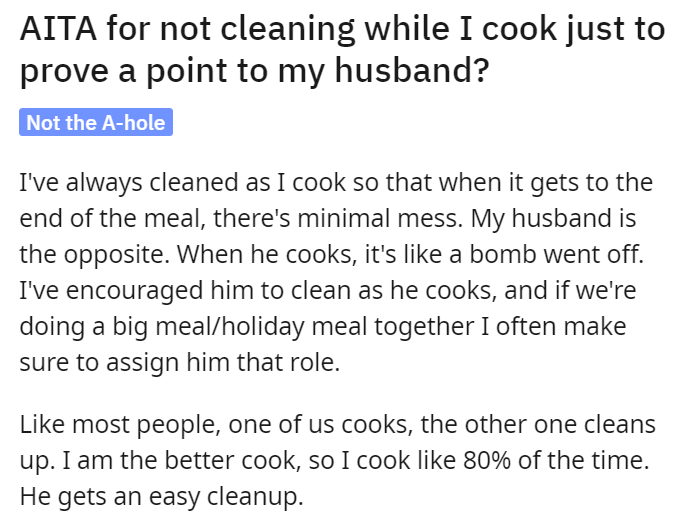 Honestly I can relate with this, I keep things clean while I cook, and I hate when others make a mess. 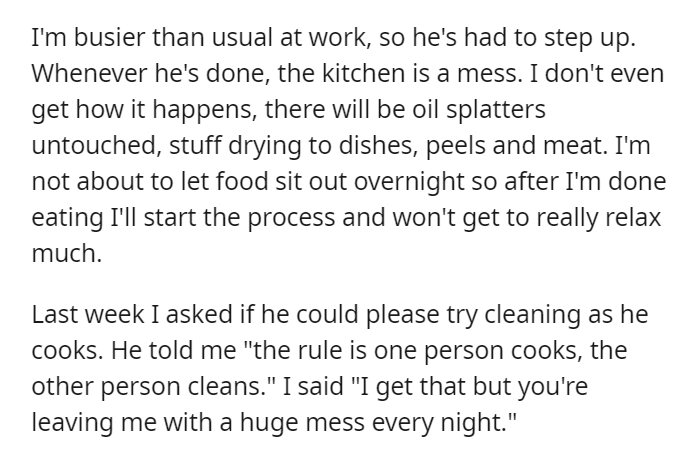 But she had enough of that, so she decided to give him a taste of his own medicine. 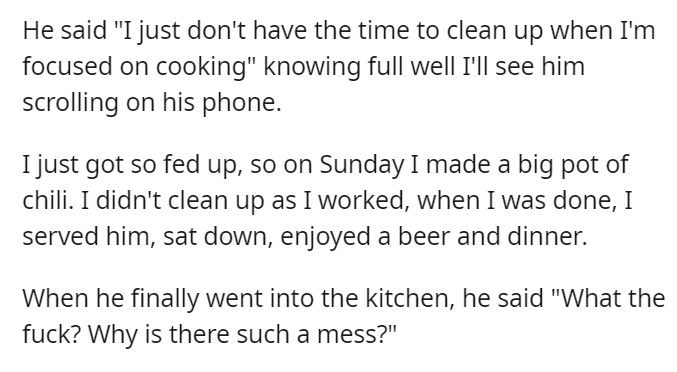 He apparently wanted her to clean even though she had cooked which wasn’t the deal right? 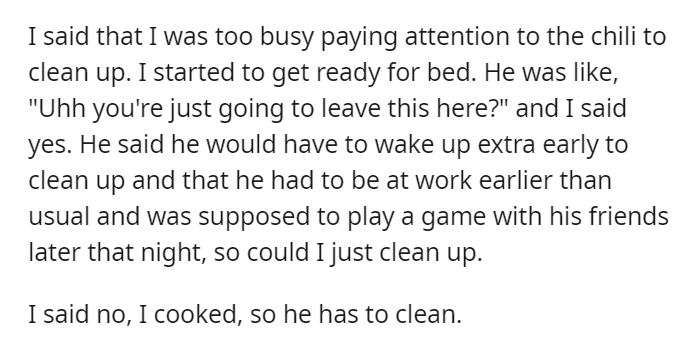 I mean it was a bit childish but sometimes that is what is needed if the other party won’t listen. 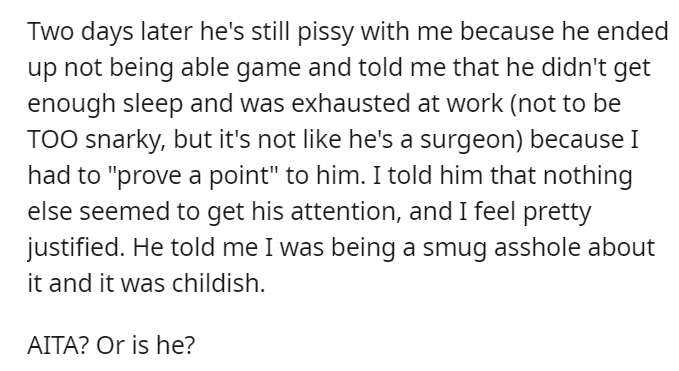 Many people were also curious about how they can have so many dishes. It adds up even if you try hard. 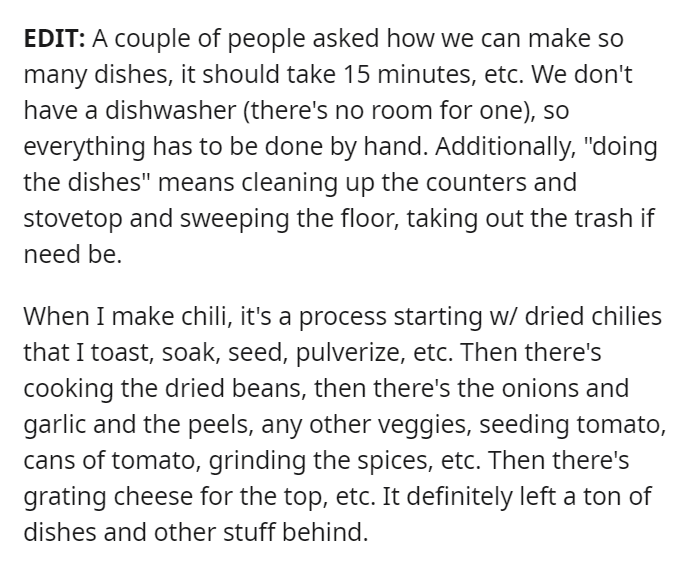 As she said, she cooks about 80% of the time, so it wouldn’t be fair either. 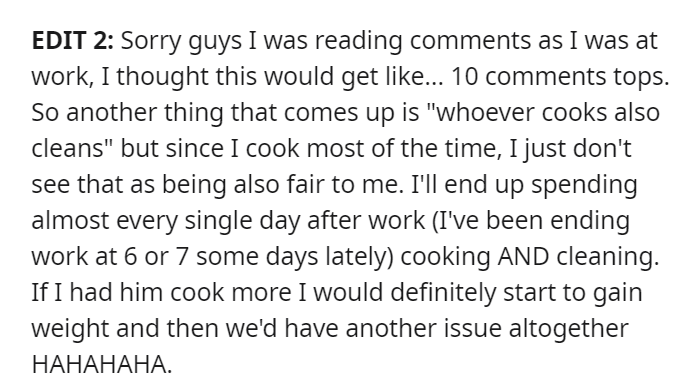 And last but not least, everyone has different ways of making chilli. 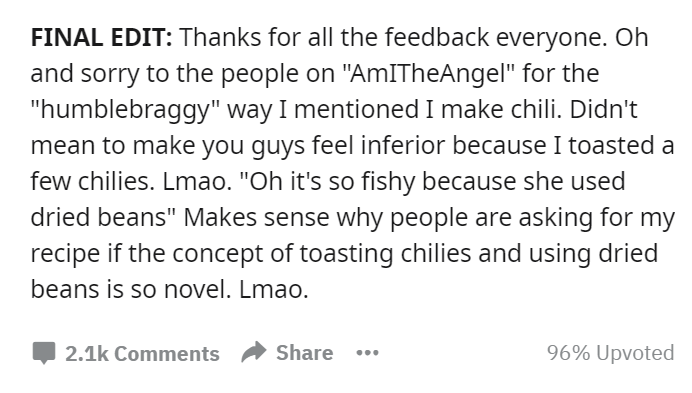 He should have been more understandable when she said it before. 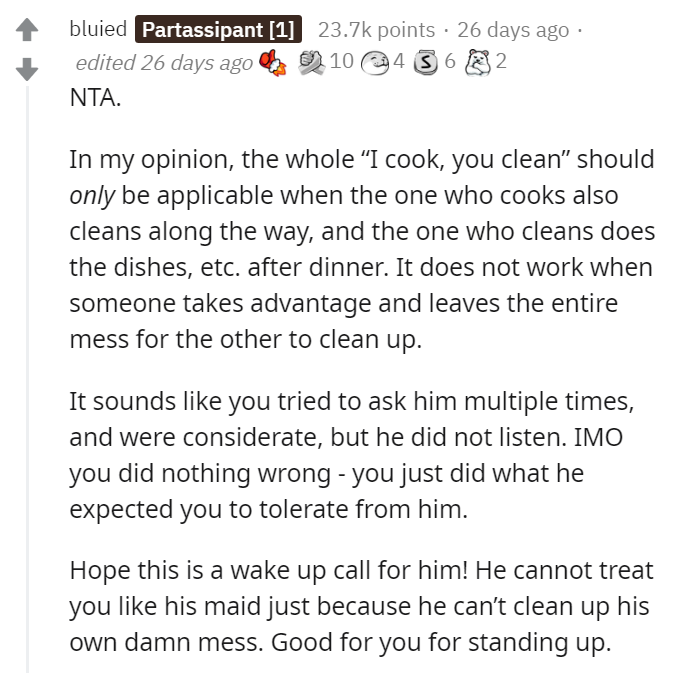 Exactly. He basically said that the rule is one person cooks and the other cleans and the cook is not responsible for cleaning. So you did things his way. Now he’s saying that you need to clean when you cook, and he doesn’t- massive double standard. –Music_withRocks_In 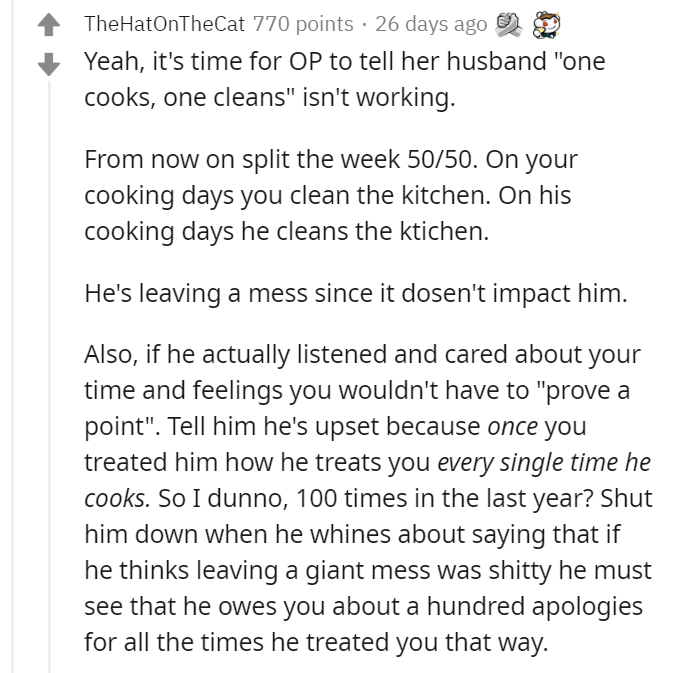 He just got treated the way he treated her. 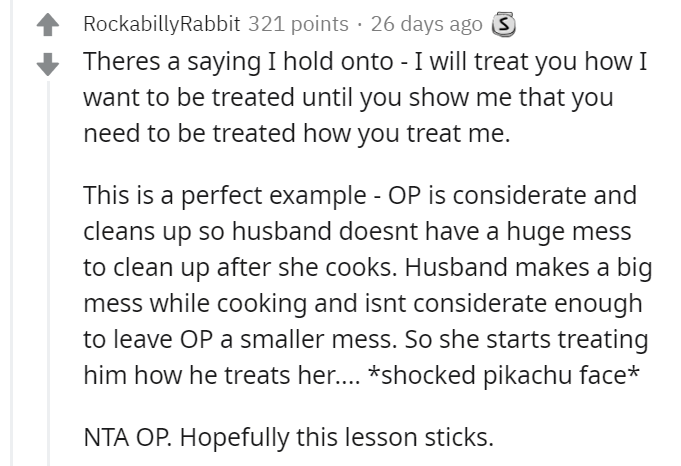 It just depends on the person at the end of the day. 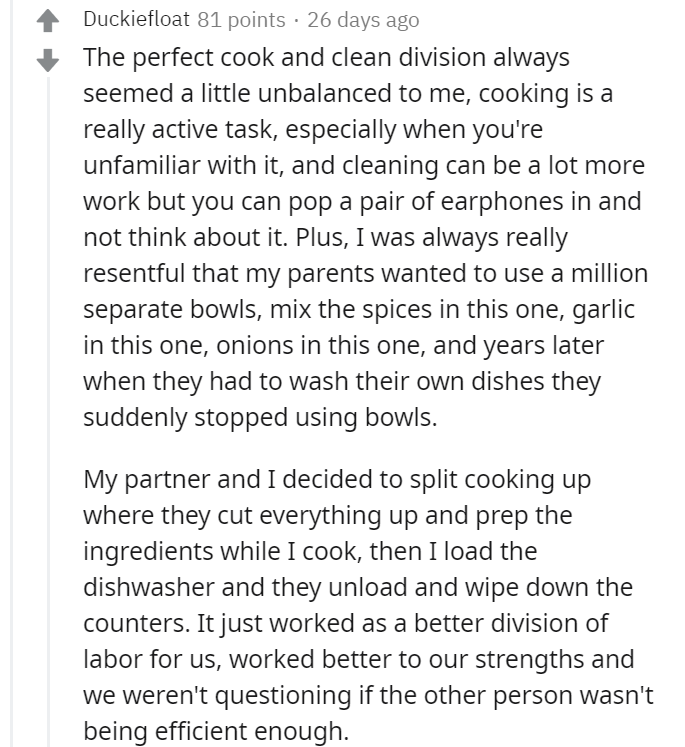 Given that you DID communicate, and he chose not to listen, it’s an NTA.

You do need to follow up on this with a heart-to-heart so that he understands that this is how you feel every night he cooks.

I would also suggest that you try cleaning up together. Marriage is a team effort and I think this makes a good team project. Many couples find that cleaning up together works well for them, and you may find it works better for you than your current system. –dlogos13

Nobody should have to ‘make a point’ but she had no other choice. 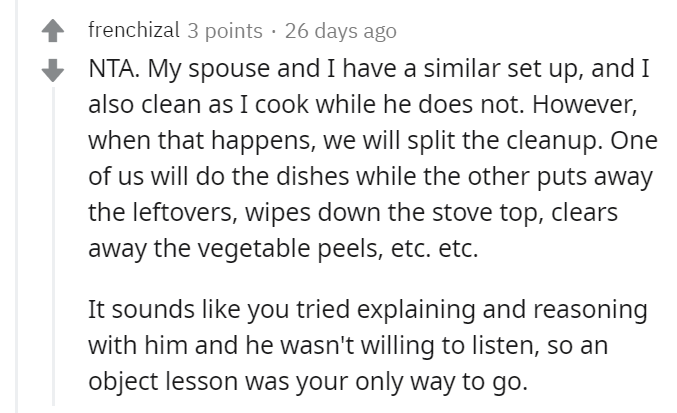 Do you it would have been better if they talked it out? Comment down below and let us know.