Mother Earth is full of surprises and never ceases to amaze us. It’s absolutely exciting that even after all theses years, humans have still not explored the Earth completely. There is still so much more that is yet to be seen. A lot of secrets are yet to be revealed. There’s a whole lot than what meets the eyes when it comes to sea life. It’s a world full of wonderful things. Some of them have already been discovered and others are yet to be discovered.

In order to get to know this new world that lies thousands of meters below the ground level, humans have built submarines. A ship that sails below the water and is used for many different purposes. Sometimes to discover sea life and other times by the naval forces for protecting their seas. They are also used for the protection of the surface ships. On rare occasions, these submarines are lost in the sea. The U.S Navy has lost 52 submarines during the world war 2 with over 3131 lives lost. It is believed that no submarine is really lost, the U.S Navy sends a broadcast to still on duty submarine crew members every Christmas. Although, it is a tradition, but people on Tumblr turned it into something hysterical. They turned into a ghost ship story and it was absolutely hilarious. Scroll down to read the whole thing.

Apparently, all those 52 lost submarines during the WW2 are “STILL ON PATROL”. 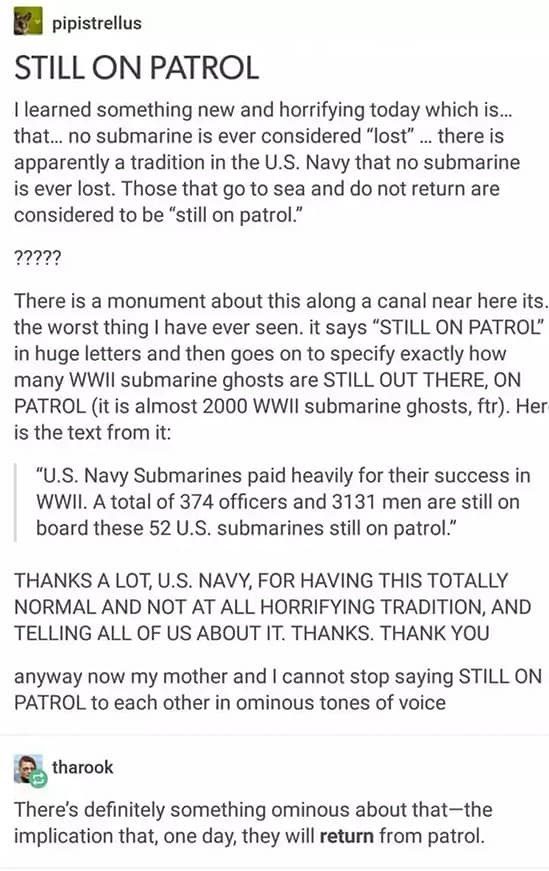 Well, this is a pretty messed up tradition. WW2 lasted for 6 years and ended 75 years ago, back in September 2, 1945. How can any of those crew members still be alive and on patrol. Why didn’t they ever try to return to their families? There are both horrifying and comical aspects of this Tumblr thread. It has undoubtedly raised a lot of questions in our heads.

“Marry Christmas boys, we’re all thinking of you here at home, have a good one.” 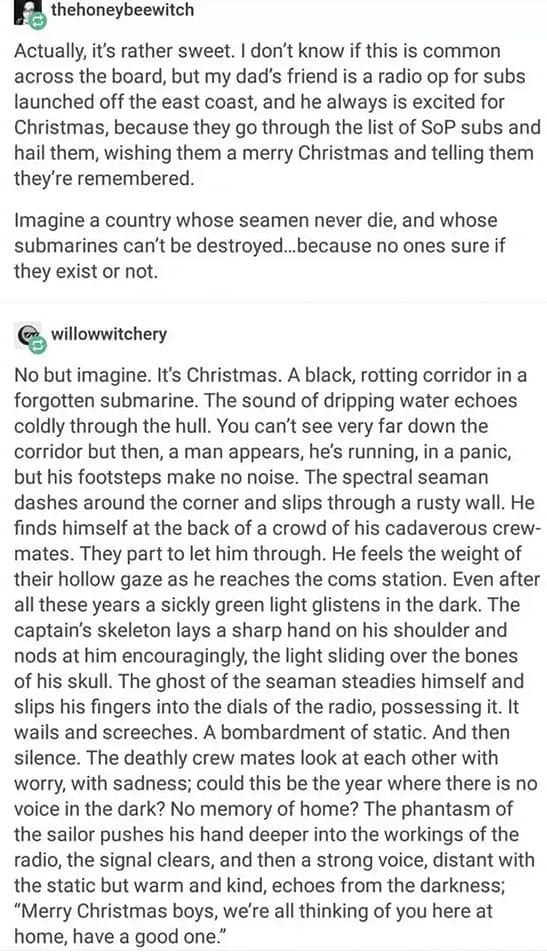 They may no longer exist, but they’re still in our hearts. 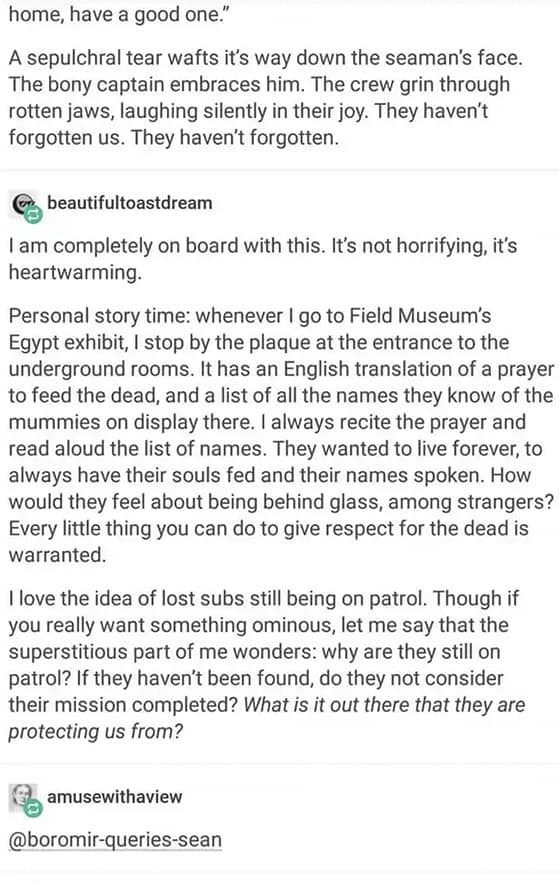 This is pretty moving. How they no longer exist but their sacrifices are still alive. They are still alive in the memory and in the hearts of all those who are living. The body turns to dust, but the soul never ceases to exist. It’s still live, but in a different world. A world that is unknown to us. We can send prayers to these souls and they may listen.

Protecting us from the unknown. 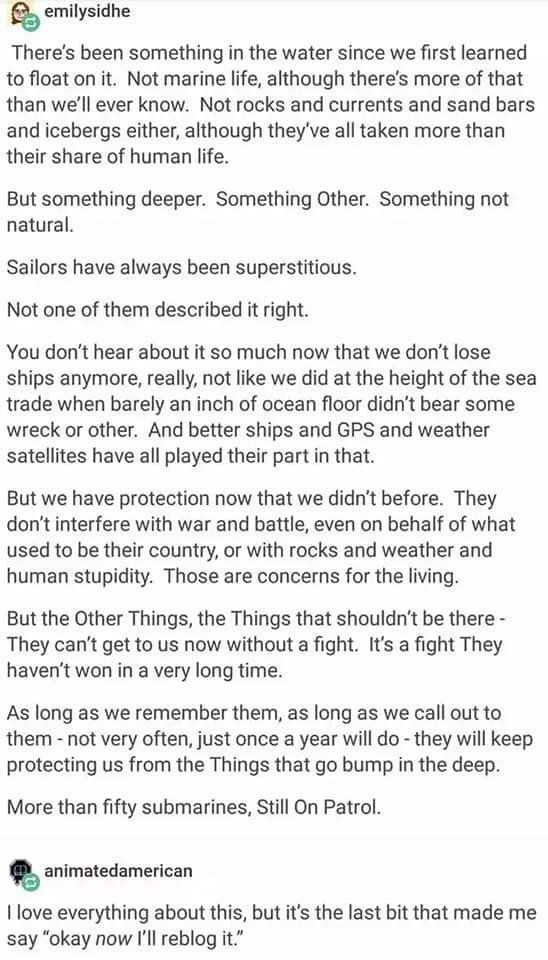 Wow! This brought tears to our eyes and deeply touched our hearts. Not all that is lost is truly lost. It exists, but in a different world. A world we cannot see. Those 52 submarines and all those people that lost their lives for their country are still alive in our hearts and forever will be. What are your views about this tradition? Let us know in the comments below.