Death is an inevitable thing that no one can escape, unless you are a vampire and immortal, of course. This is something that is not appealing to most of us. The topic of death is avoided in conversations because we do not like to imagine losing our loved ones or losing our own lives. While most of us shy away from the topic of death, some people are open to the natural process of decreasing. They come to terms with the fact that they have to leave one day.

There are different ways people cope with the idea of death. The idea of death is portrayed differently in different religions. A lot of people utilize their religious beliefs to comfort themselves about the topic of death. During death, people tend to resort to religion to go through that difficult time. Relatives of a dying person pray and request God to shower them with blessings and bring in some miracle that would save the life of their loved one. This helps people feel comforted that some higher entity is handling the situation and will help them in the difficult time.

However, regardless of how much faith we put on any higher entity or any other entity, there are some tales about death that always freak you out. Scroll down to see some odd anecdotes about death! 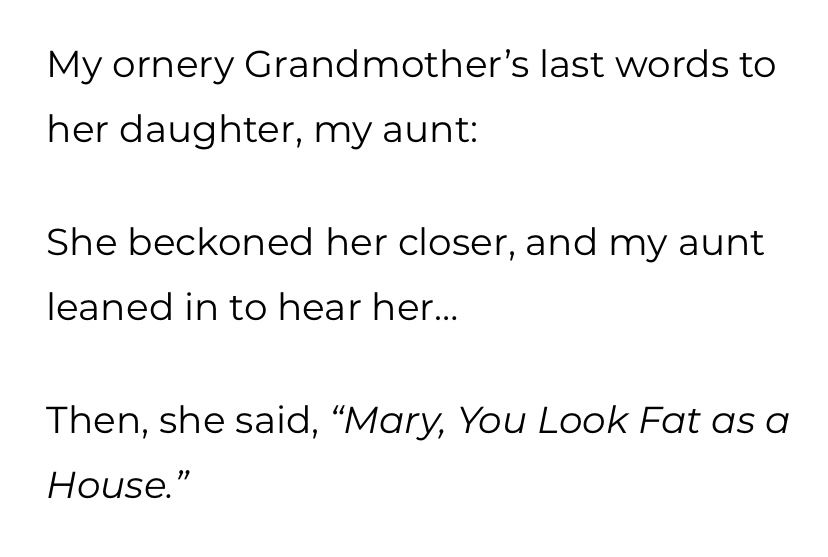 The old grandmother knew her time has come, she thought she might as well leave with spreading a little humor. 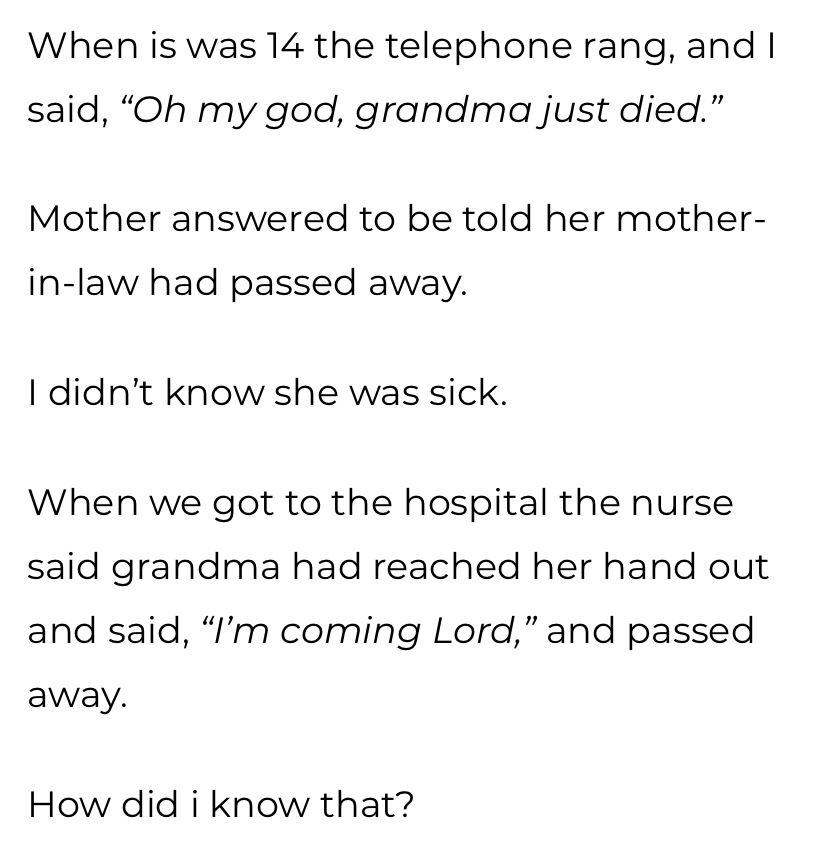 Woah, I need this much confidence when I die. I often wonder what older people feel about the concept of death. Maybe we young people are so terrified of the impending death because we have our whole life ahead of us. Older people have lived their whole life. They turn weak and become so dependent on others. Maybe the next step left is to connect with the higher entity. 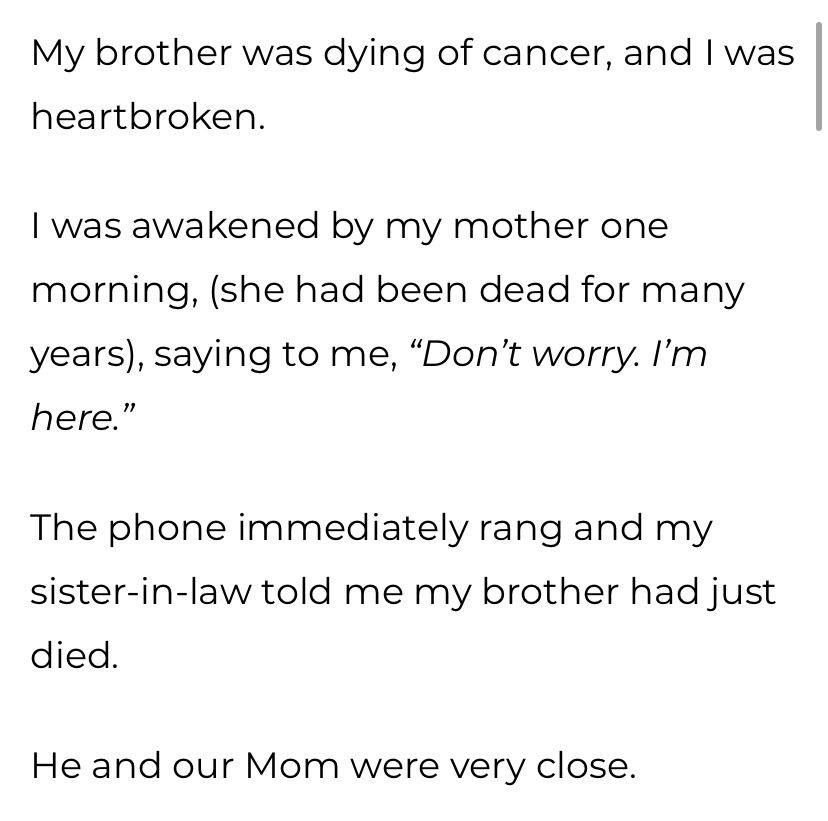 Some so many people claim they heard some dead person talk to them while they were asleep. If these anecdotes are true, does this mean that spirits of dead people roam around us? 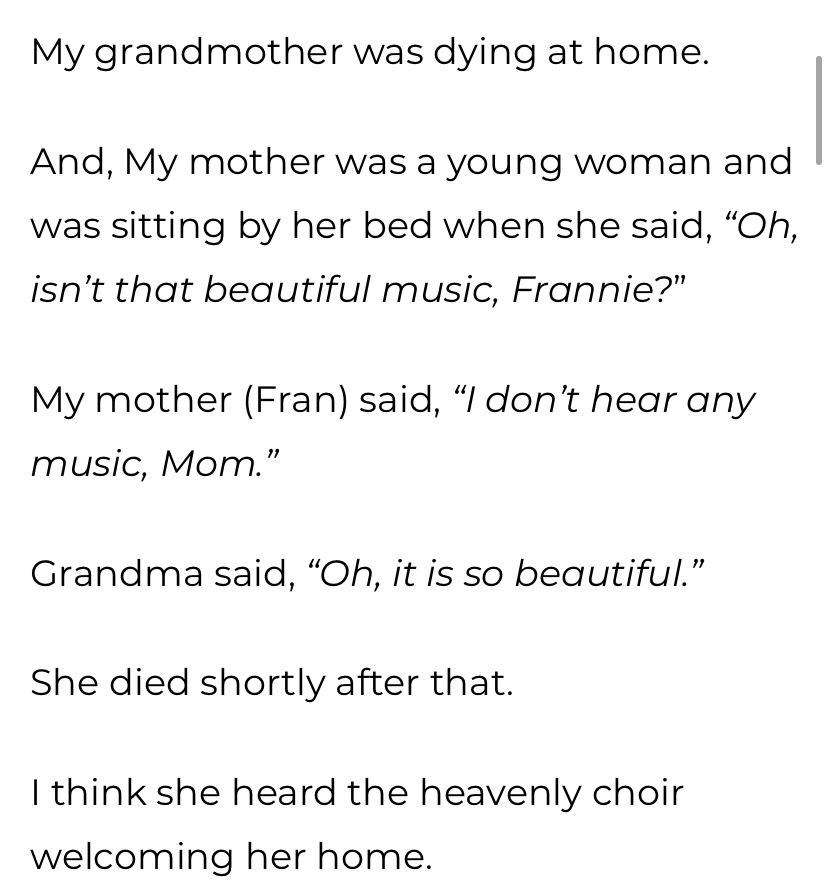 This sounds like such a magical thing that you are hearing music right before you pass away and it hints. that angels have come to take you away. I can’t help but wonder how much peace they must be in when they see the angels coming towards them. If my death is not going to be this peaceful, I don’t want it! 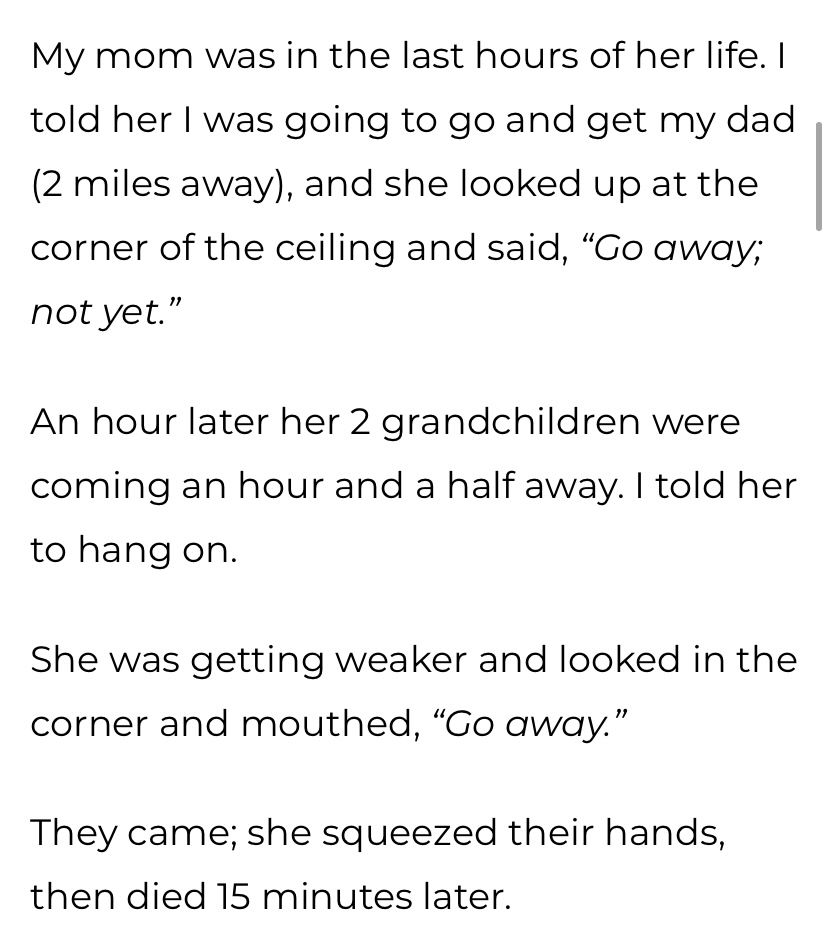 Who was she asking to go away? Who was trying to take her away? 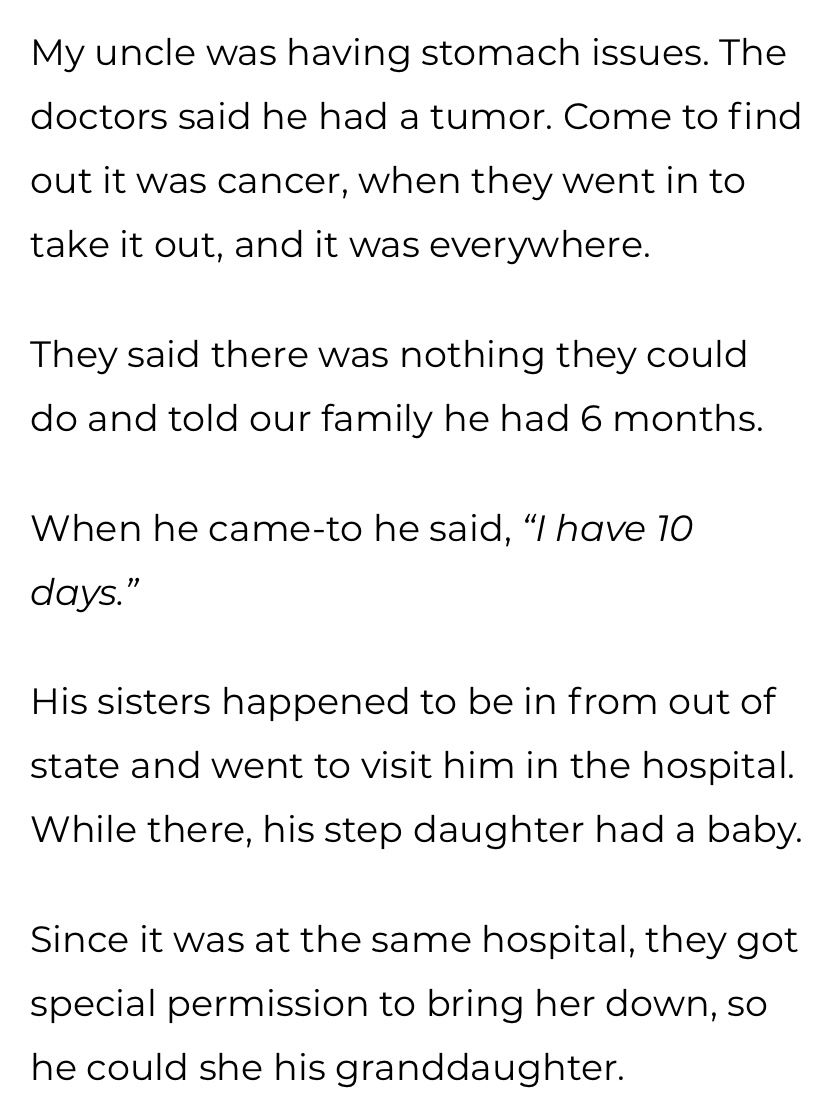 Who on earth? This is the most dramatic real incident I have ever heard in my whole life. Why do I feel like this is just made? There is no way this old man had a whole movie scene right before he died. It is so freaky that there are people who actually for how long they are going to live. This honestly sounds like a movie scene. I am even thinking of taking this idea and make a movie out of it. 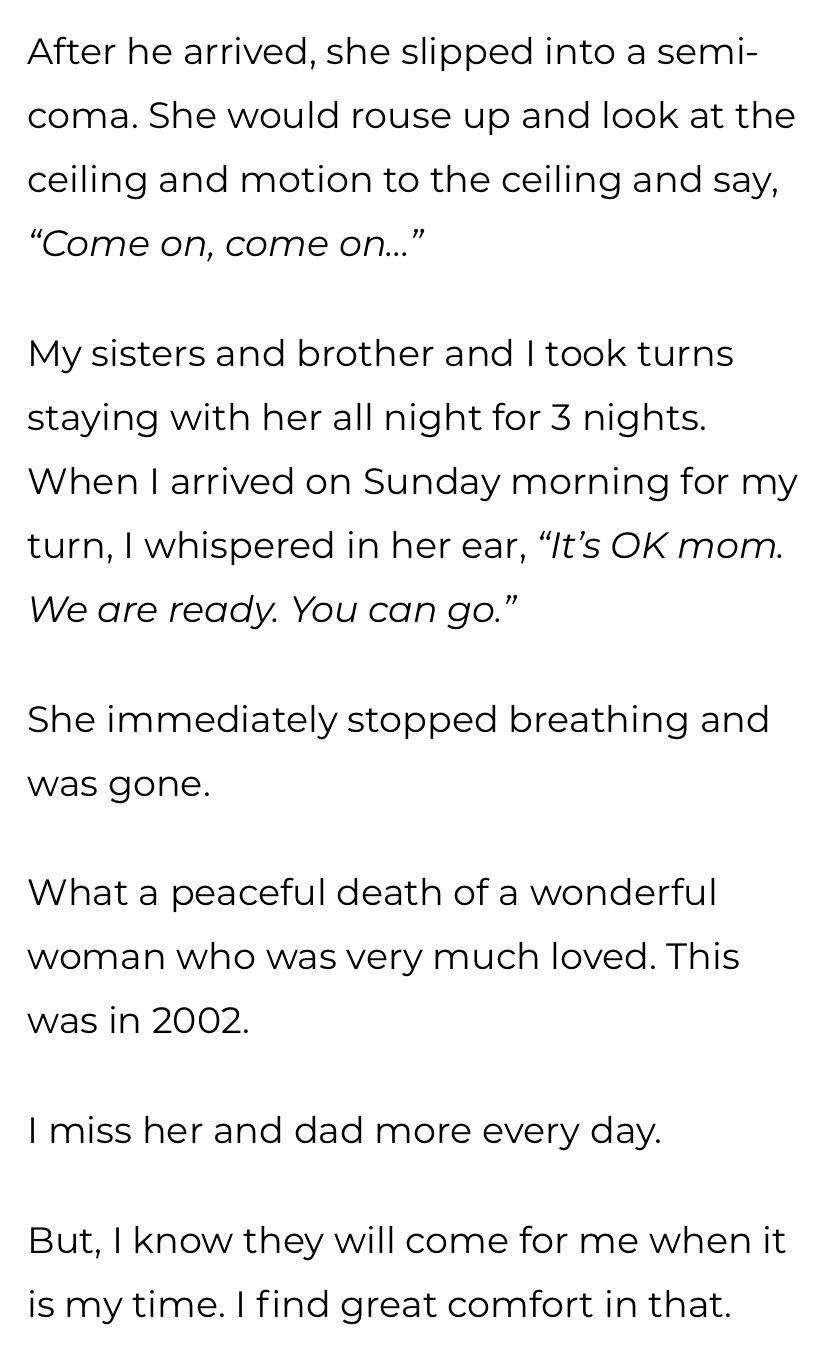 I am officially scared of old people. They all just seem to know what is going to happen. You know how people say that old people are the closest. Jokes apart, I cannot believe how hard it must be to tell your mother that you are ready to let her go. It must be the most heartbreaking thing to do ever.

I am getting the feeling that all these people live in an alternate universe, where older people can see angels and death approaching them. Some of these deaths sound so peaceful, it was almost like the person was content with leaving this world. They have lived and seen too much, and now they are ready to reach a higher level of this universe. Most of these stories were so incredibly sweet as they showed a person departing from their loved ones. The ones who remain in the world have a hard time saying goodbye to their beloveds. It requires a lot of strength to remain calm in such situations and not cause further stress to the one on the deathbed.

We all hope you and your loved ones stay safe. Take some time out of your day to tell your favorite people that you love them. It would mean the world to them!