Ever tried to train your four-legged friend and failed miserably? Then trust me, my friend, you are not the only one.

Life becomes a roller coaster ride if you have a pet to train. They are adorable, cute, loving and all those adjectives but above all, they are hilarious. You will see your life turning into a circus while having them around. They will do all the unimaginable things, from stealing your food to peeing in every corner and jumping around everywhere. They have us running after them everywhere and all the time. In fact, why need a personal trainer when you can have a pet keeping you on your toes? Those abs will pop instantly.

Training your pet can be really tricky no matter if it is a cat or dog. Both have their own special abilities to embarrass you and make the whole thing a joke in itself.

A Tumblr post about training a cat went viral and people shared hilarious stories of failed attempts to train their pets, resulted into a thread that will make you howl with laughter. 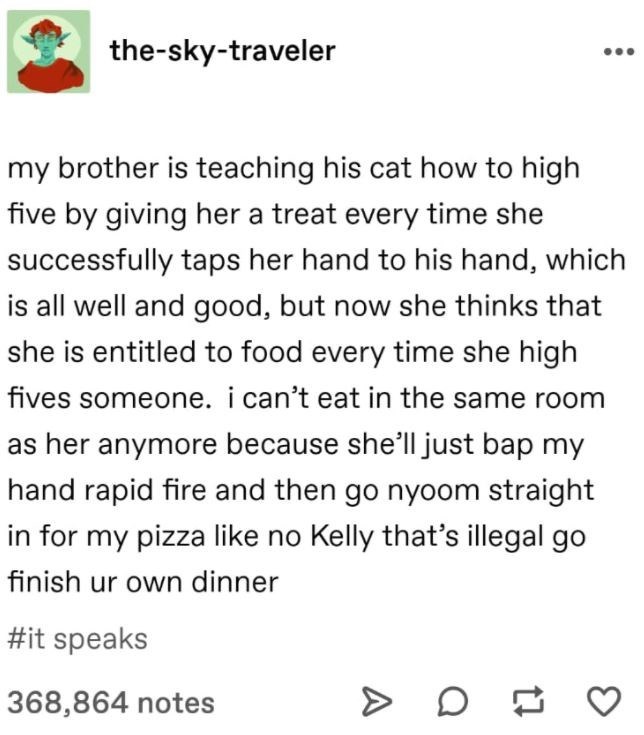 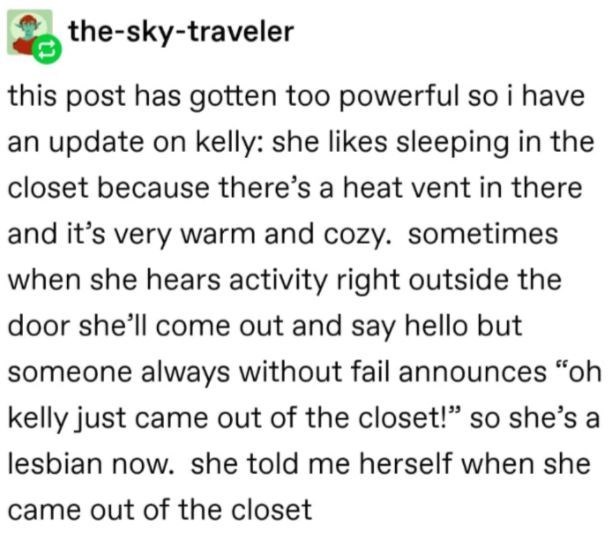 4. You thought you could outsmart your cat? Nahh! 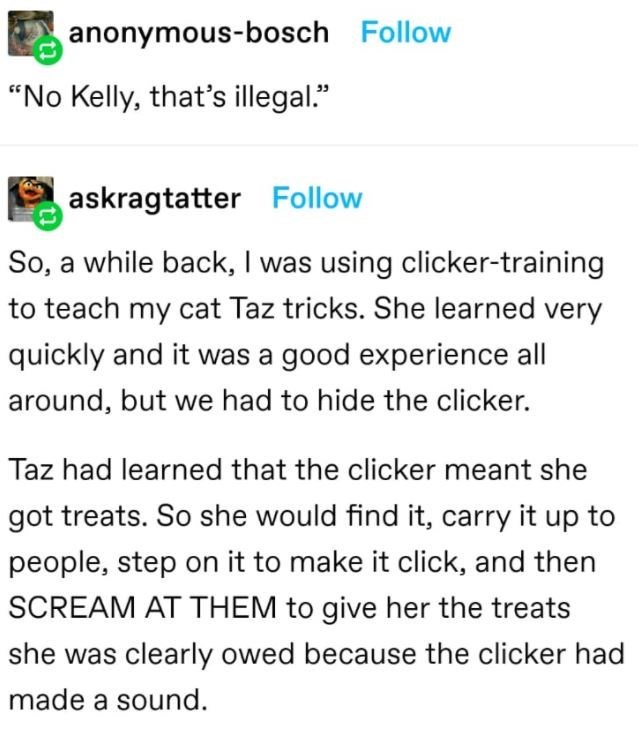 5. Those are some pawsome cats. 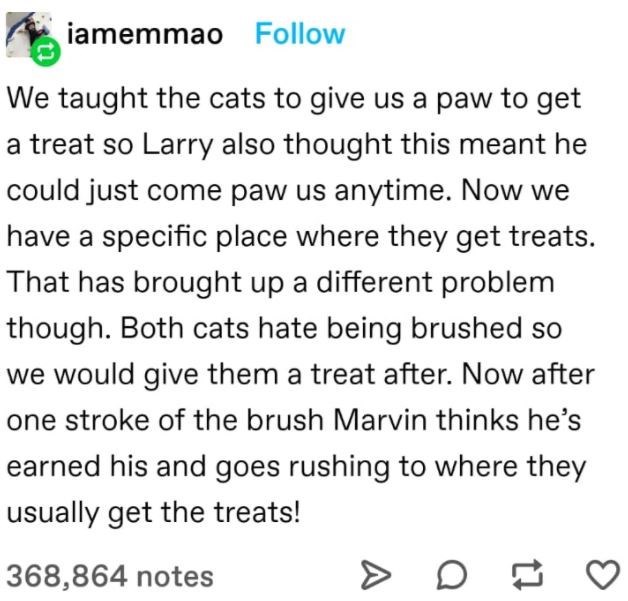 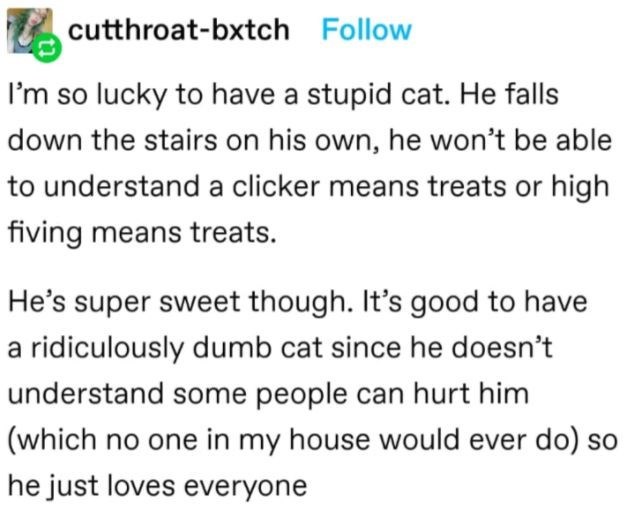 8. This is so heart-warming. 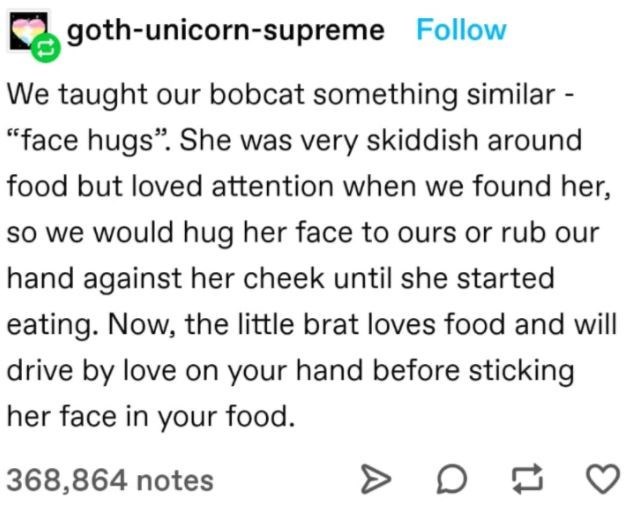 Dogs can be too funny at times. They look like absolute comedians when they do something silly but also make our day better. Just like this dog. 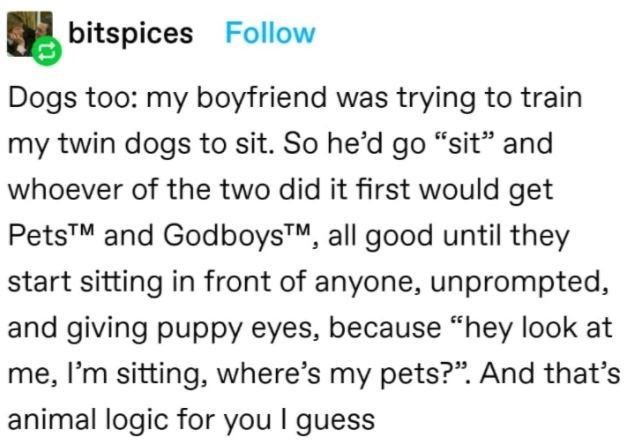 Training of dogs is different from training of cats as both have different motivation. While dogs are often easily motivated by the positive gestures or gentle pats, cats are more reward oriented. They do their thing only when they know there is something they will be getting in return. Food is the most common reward in pets training. There are other things as well which differentiate cats from dogs such as cats have a very short attention span as compared to dogs. That is why, their drills must be shorter and repetitive. Also, dogs usually love to work in groups but it is opposite in case of cats who are solitary workers. Cats are more independent than the dogs too.

10. She is a very hardworking dog. 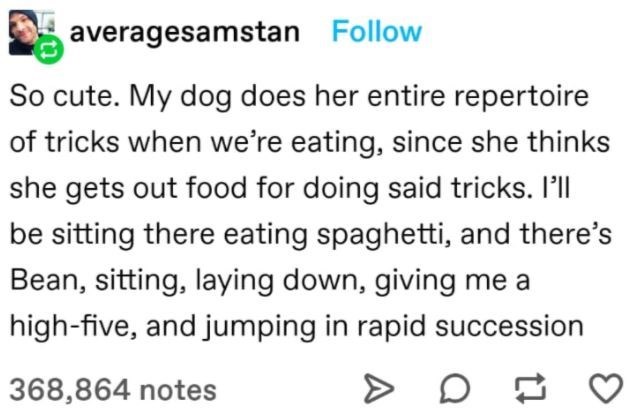 11. He’s trying to earn some snacks only. 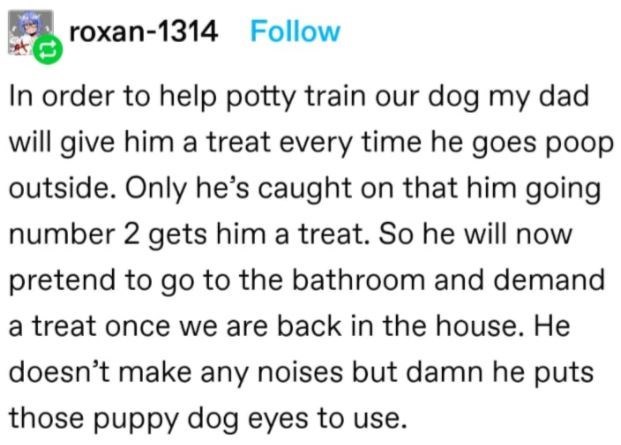 14. No one can beat cats in seeking attention. 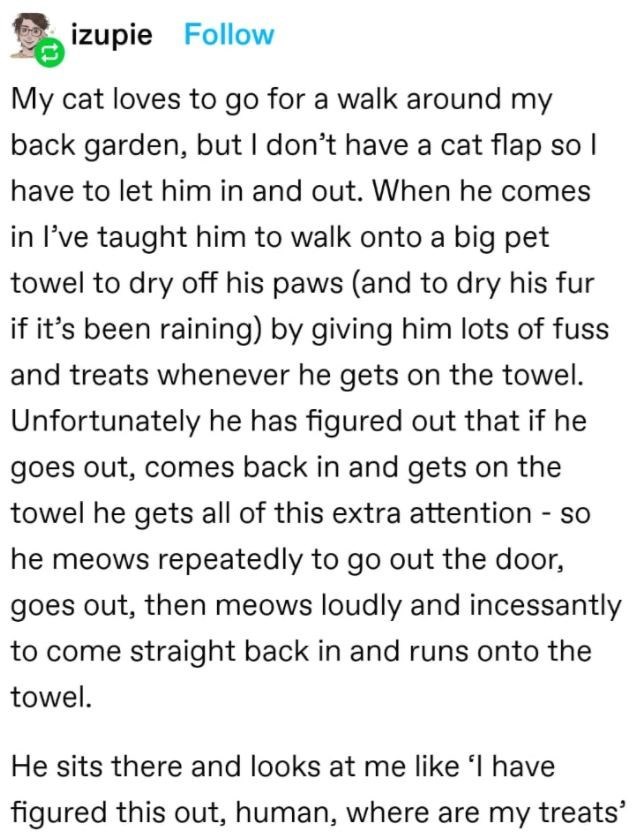 15. You gotta be on time when it’s cats treat time. 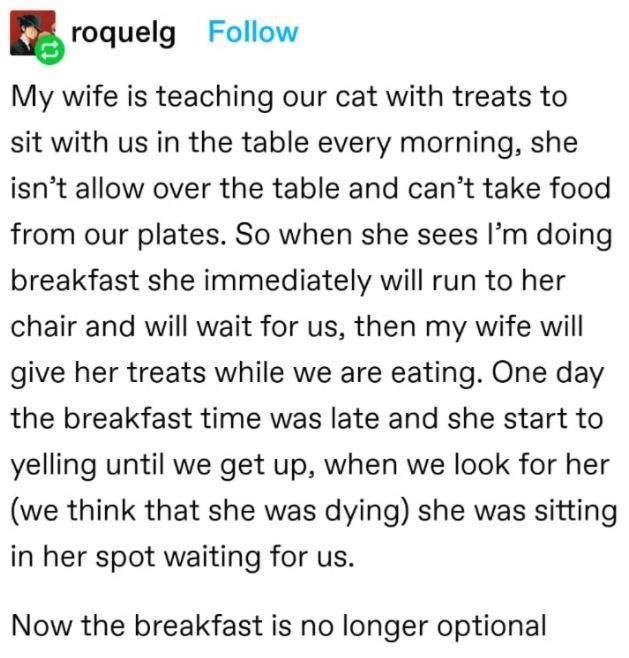 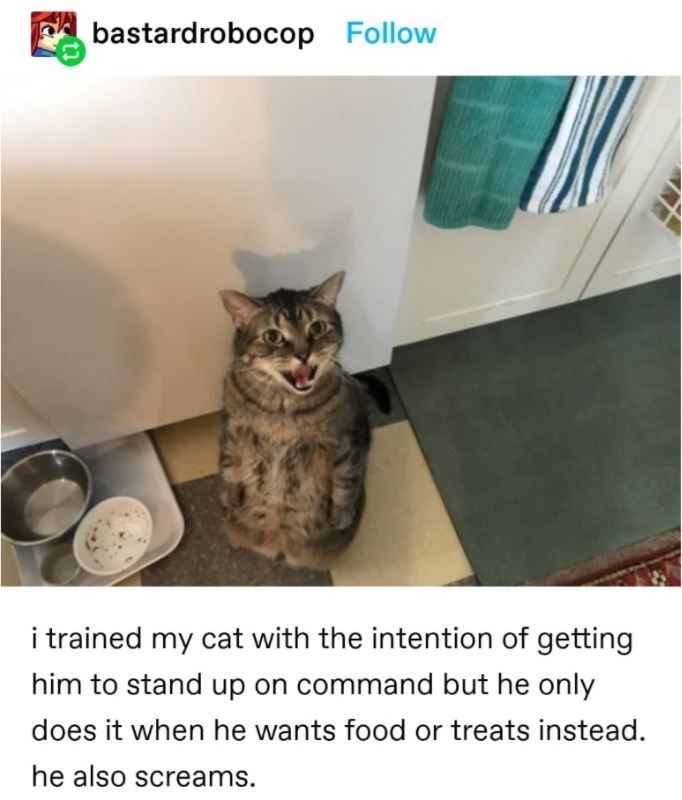 17. Whatever they want, they will learn.

Are you also convinced of the fact that your pet will outsmart you no matter what? Because we definitely are. If you enjoyed this hilarious thread then let us know in the comments below!