We often ignore the true value of a bond. It takes the power of a lightning bolt to break some chemically formed bonds so think how strong a bond of love would be. Even though we do form this bond with those we deeply love and admire, and cannot think of reality without them, no one still understands the true power of this bond. Of course, when the basis of a mixture is nothing but pure love and affection, how does one expect it to break or give in. The bond of love is the strongest bond there is to exist and no power in this world can separate the two parties in the relationship. And all of this I have just mentioned is with reference to human beings. If we take cats into account, just increase everything I just mentioned by 100 times.

When cats fall in love, they will honor that bond even if they have to sacrifice their life for it. And in our today’s story, that is exactly what happened. No power on this planet could separate these two twin cats.

Jace and Jackie, twin cats, along with their other siblings lost their mother when they were too little. They had to face the wrath of survival as they were on their own and had no one but themselves. Luckily, the cats caught the eye of the Animal Welfare League of Arlington who rescued the gang and took them in.

The cats were still very young and needed full-time attention, care, and love. For this, the shelter started putting in work to find new homes for the cats. 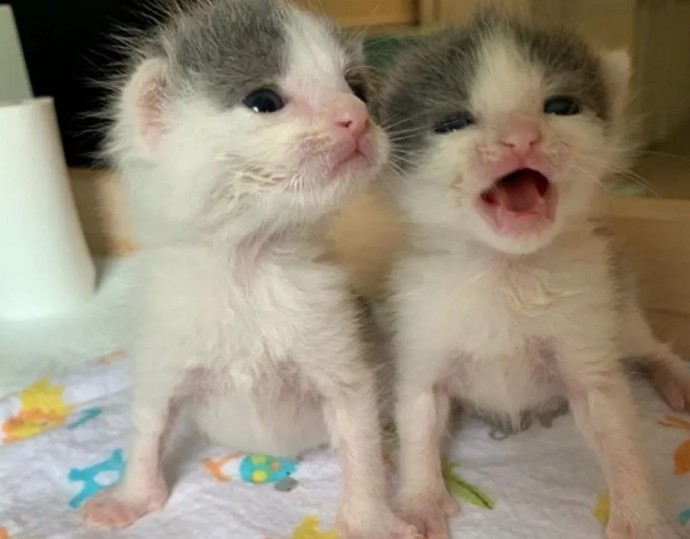 The shelter was quick to notice that Jace and Jackie were the youngest, were twins, and needed the most amount of time and care. Giving special attention meant some employees had to give all their time to the twins.

Foster volunteer Lauren Strycula decided to take Jace and Jackie home with her and decided to give full attention to the twin kittens until they gained some senses and grew healthy. 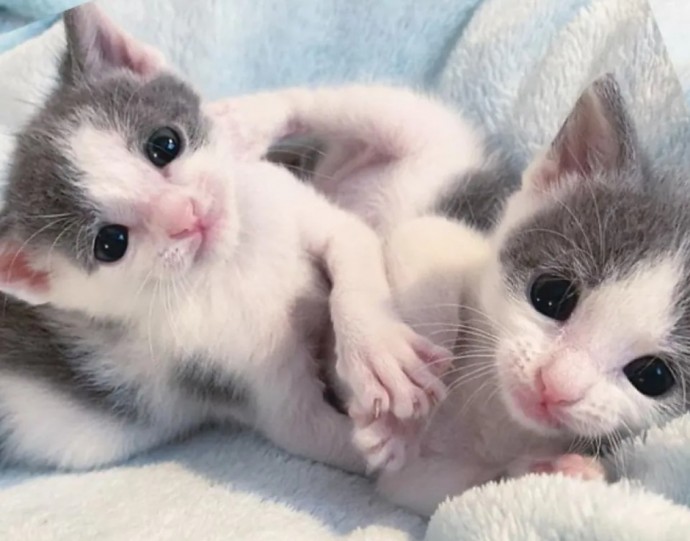 The little babies were given all the possible care in the world. Jace out of the two-faced some difficulties when he would try to drink from the bottle. But the extremely patient Lauren kept showing him the right way and he eventually learned how to drink from the bottle. The cats were certainly making improvements. The cats were adorably tiny but that also meant weakness and medical issues. The two faced all of this with confidence and always had each other’s back so never was one scared of any situation because the other was right there for them.  Slowly, their appetite for food increased as well which made them more demanding of those delicious meals.

The twins kept growing healthier and stronger as time passed. 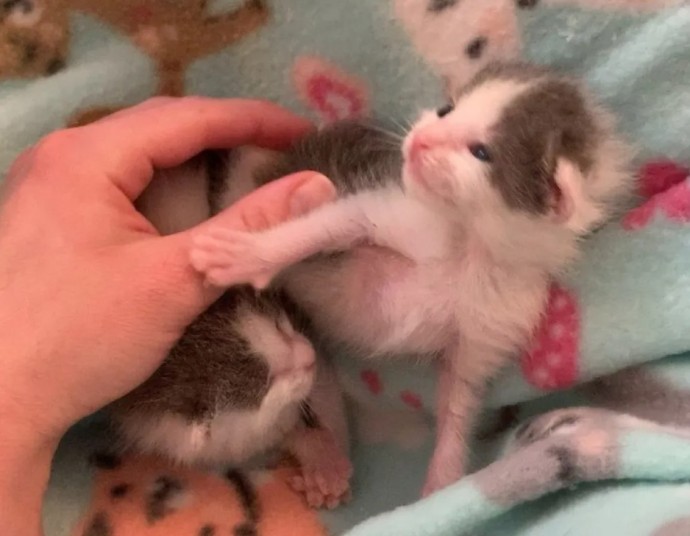 With lots and lots of love, some necessary medication, confidence, and high hopes, the twins transformed from being the tinniest kittens into healthy, prominent, and gorgeous cats. The two would do everything together, even if it was learning how to poop. They both learned everything together; how to walk, how to eat, how to meow for food, and how to throw tantrums. Never was one out of sight of the other.

Jace and Jackie began their adventure of growing up together and did all the mandatory learning together. Oh and yes, they would even sleep together. 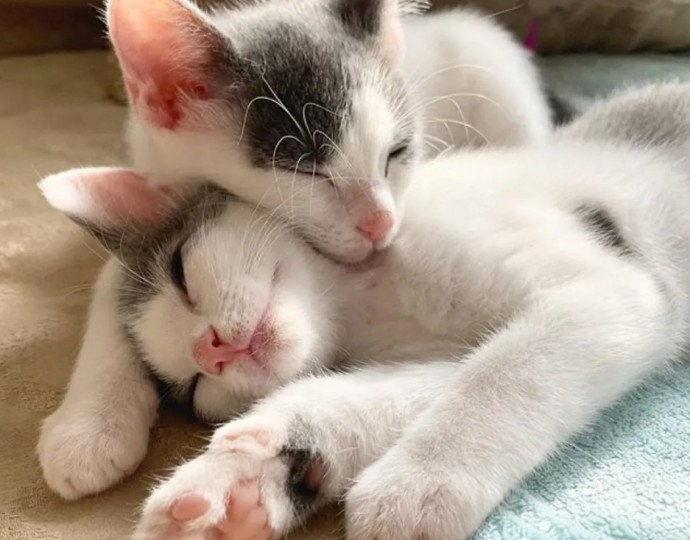 As the two twins kept growing up, it was observed that they have very different personalities. Jace was a proper trouble maker, always pulling pranks on everyone. And Jackie was a sweetheart who would always care for everyone around her and would prefer a relaxing environment.

Given how different the two cats were, the strength of love kept them stuck to each other like opposite poles of a magnet. 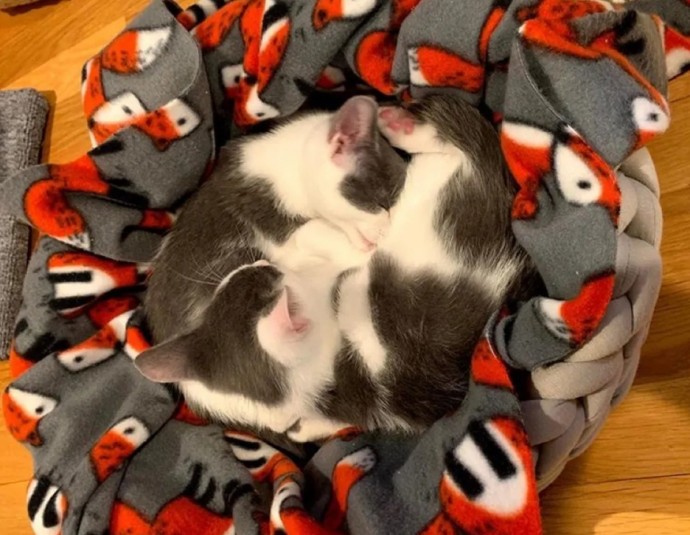 Eventually, the time came when a forever home for each cat was to be found. Lauren had been living with the twins for quite some time and had understood the fact very well that nothing can separate the two. And also such a separation can be very dangerous as one basically depends on the other and once separated, none of the two may be able to survive for long.

Lauren knew, if the twins were ever to be adopted, they will have to be adopted by the same family as no power could separate Jace and Jackie. 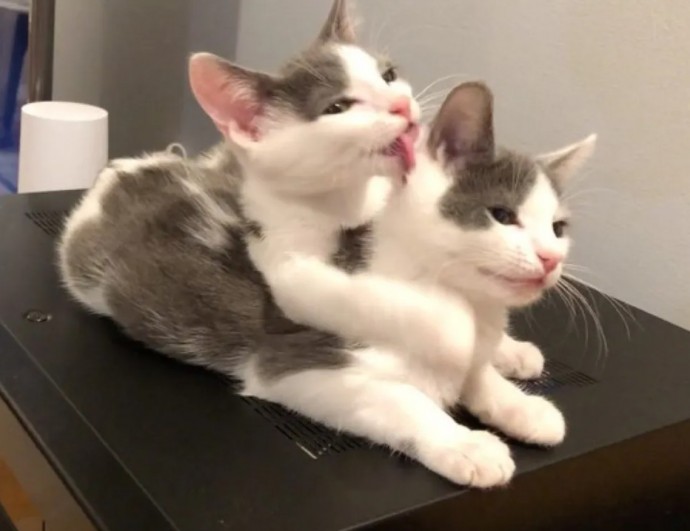 It seems like nature had similar plans and as soon as Lauren started looking for families, she was quick to find a family that was willing to adopt both the twins. Alexandra and Bryan were the two superheroes who got to know about Jace and Jackie through Instagram. They were quick to contact to shelter and requested to adopt the twins if they were still available.

The twins, together as one, happily went to their forever home to start a new chapter in life. 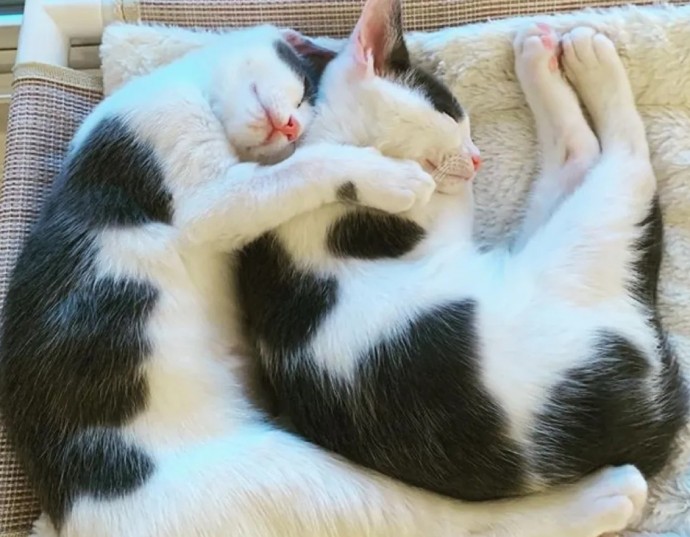 Lauren was pretty emotional when the time came for goodbyes but was equally happy to see that no power in this world managed to separate the cats and now they are starting a new adventure together.

Jace and Jackie are extremely happy to be where they are.

The twins got new names. Jace is now Whiskey and Jackie is now Pippa. 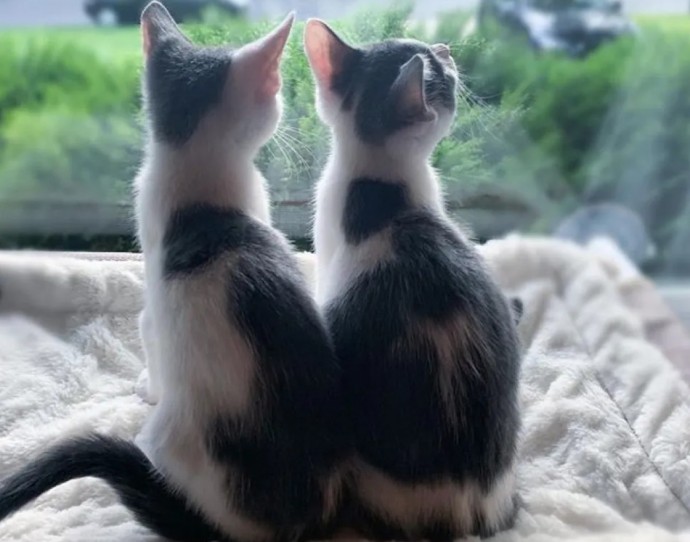 I wish the best of luck to Whiskey and Pippa for their future endeavors together.