Most of the time, women fall victim to the uncalled-for and unsolicited explanations from men who think they know better than them. It is all too common and we can bet that every woman has gone through this torture no matter what profession they belong to or how well-read they are. Men sometimes really cannot handle that a woman is better than them at something so they go to any level of absurdity that they want and stick to it like anything.

To make it more clear to you, this article has compiled all the real-life instance which has happened with several women where men tried to mansplain them about things which are too stupid and plain dumb! It will not only make you laugh but also furious over how some men still think they are entitled to belittle a woman just because of their gender. Even if a woman holds a degree in that certain subject, a man will try to prove her wrong with all that he can. Just imagine a man, mansplaining you that childbirth is not that of a big deal – like seriously? Don’t believe us? Why don’t you look at these examples yourself;

1. That’s some mansplaining inception going on… 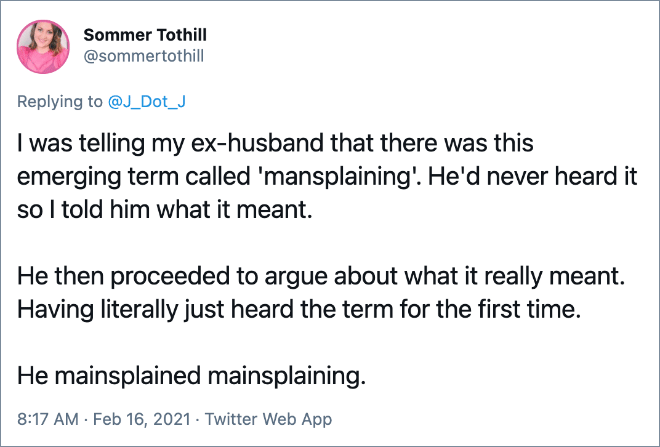 2. Knowing when to speak what is an art! 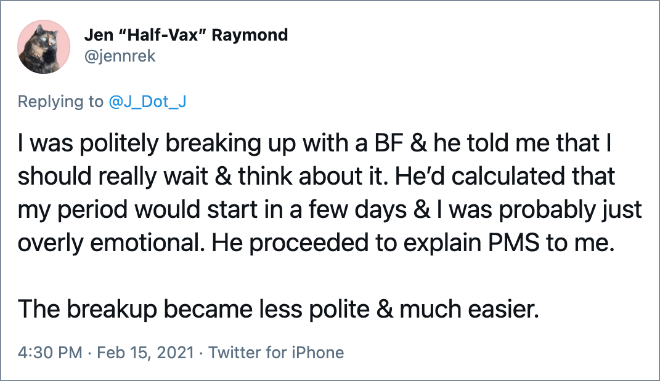 3. Maybe he was hungry himself…

Some people really need to mind their own business 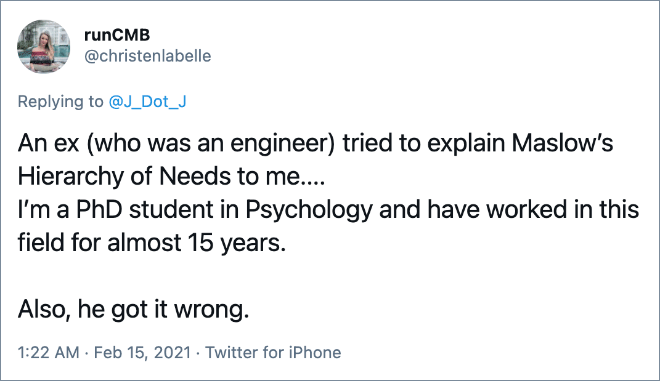 You should have studied it, buddy!

7. Well, no caption needed I guess! 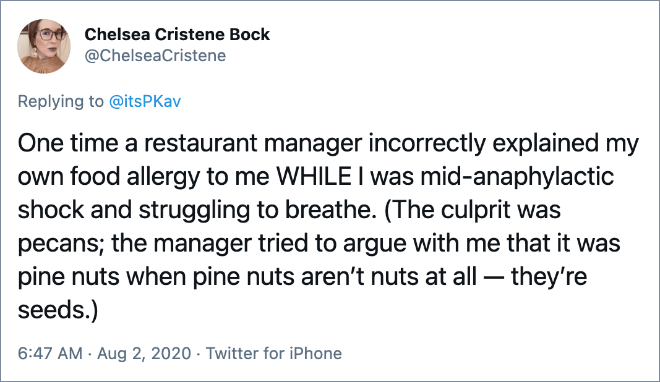 9. If he was trying to impress a woman, that did go well… 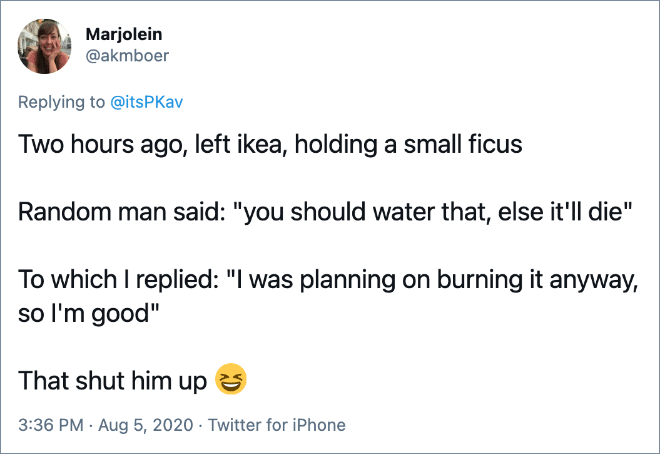 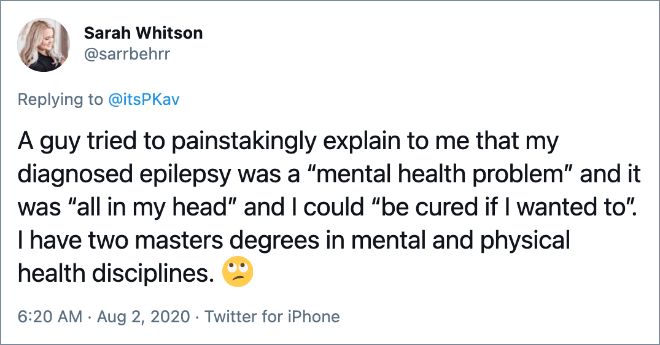 You must be feeling weirded out over how these men had the audacity to school a woman over her body like she is just stupid but they are the ones looking like an actual fool. That’s why some societies haven’t even flourished today. Where men feel that they have authority over everything just because of their gender, that’s where the problem arises. Patriarchy is not a joke, it is a true phenomenon that has crushed dreams and aspirations of thousands of talented women who were told to kept quite just because they are a woman, therefore, they don’t know anything. Take a further look at the instances of mansplaining!

12. What kind of a superpower you have mister?

13. Older men are the worst at understanding this, ugh 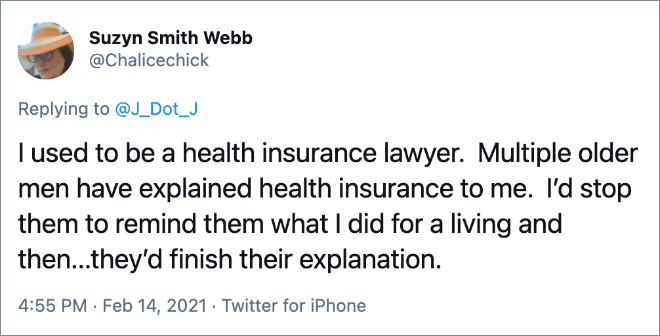 16. On today’s episode of mansplaining…

18. This is hilariously dumb 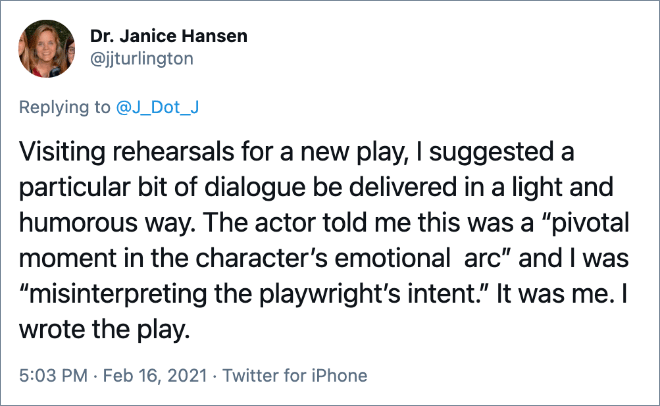 Really? people have become so dumb, didn’t know that.

20. Hence proved, a teacher will always be a teacher… 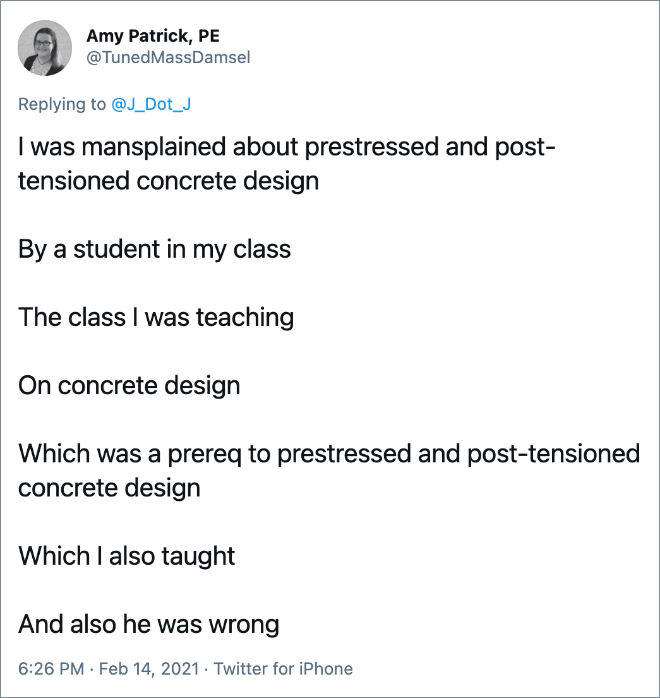 22.Why doesn’t he try first and then say?

23. I have fully functioning eyes, thank you!

So, we are here are at the end of our article. I know reading these tweets were not only frustrating but also funny how men think that women need help in every aspect of their life. Even being a professional doesn’t stop them from schooling women over what to feel, how to feel etc. In this time and age, where the world has advanced so much, men still think women are inferior to them so they should be schooled about every matter even though they themselves know nothing of it.