Why do people have to create drama at weddings?

It is a time for celebrating, yet some people just want to ruin the happy couple’s experience by creating unnecessary drama. This just ruins everyone’s mood. Can’t people just be happy and let others enjoy something for once? Relatives can be really nosy. However, you can cut off relatives any day and never feel guilty about it. However, when it is your own parents causing problems for you and your fiance, that is when things start to get complicated. Obviously, if you have a good relationship with your parents, you would want them to be at your wedding. You would want to share all your happiness with them. But it becomes a problem when they want to dictate what happens at your wedding as if it is theirs. Parents need to realise that their children’s happiness comes before everything else.

This Reddit user shared her story of being told by her parents to invite a lot of unnecessary guests just so her parents could collect off of them. Sounds pretty selfish, doesn’t it? It only gets worse later. The woman was conflicted because she was very close to her parents. Scroll down below to read the details of the story:

Her parents think that they should be paid back for every gift they have given to someone else. 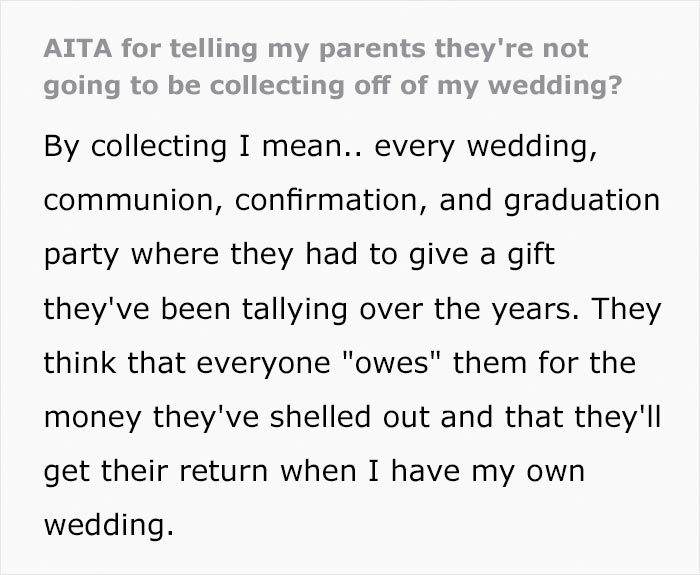 They don’t ask for her money, but they want her to invite people she doesn’t want to at her wedding just so she could receive gifts from them. 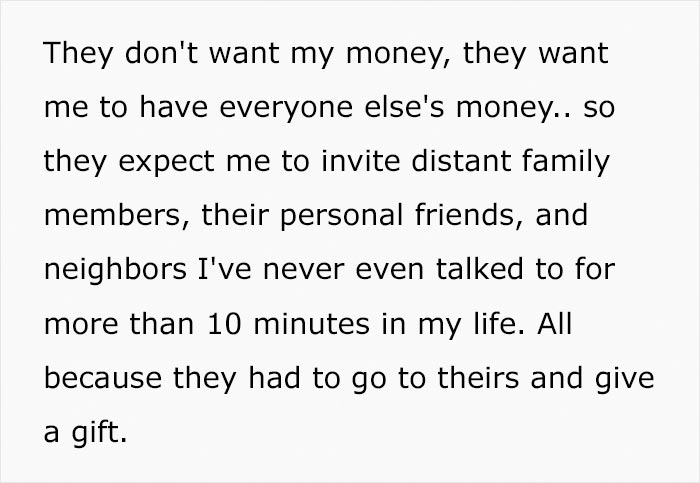 She doesn’t want to do that because she knows she won’t be able to enjoy her special day by inviting so many people. 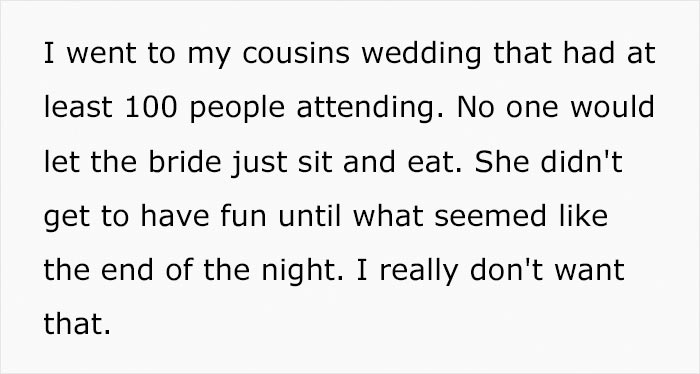 Things took a turn when she spoke to her mother on the phone about a neighbour. 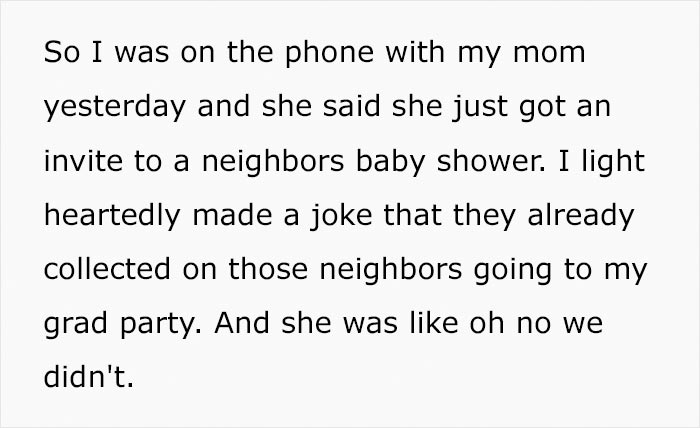 The woman’s mother told her that she will have to invite that neighbour to her wedding because she didn’t get to collect from them. 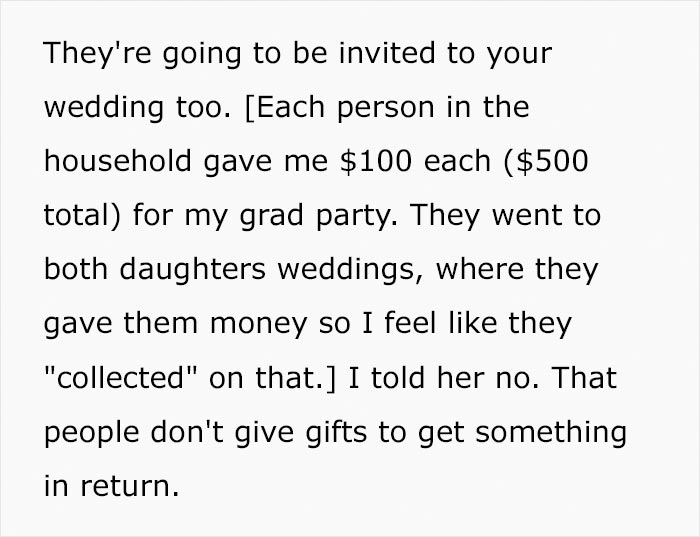 The woman then told her that she isn’t going to invite more than 50 people, and her dad told her it isn’t a choice. 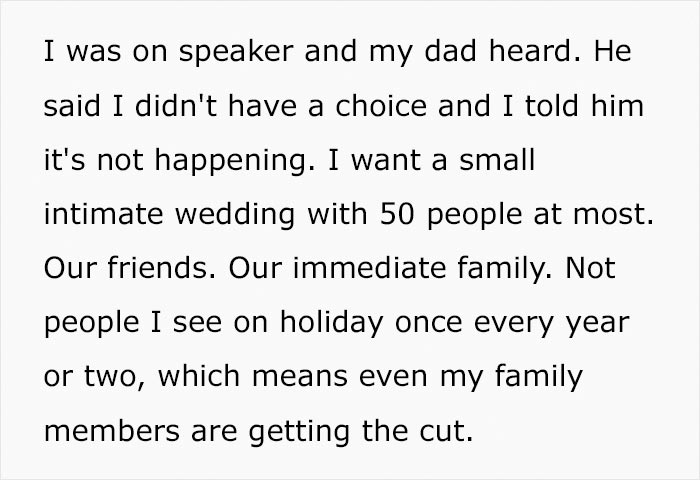 She wasn’t saying it out of spite. She just wants an intimate wedding.

The woman told her parents that they don’t have ownership of her guest list. 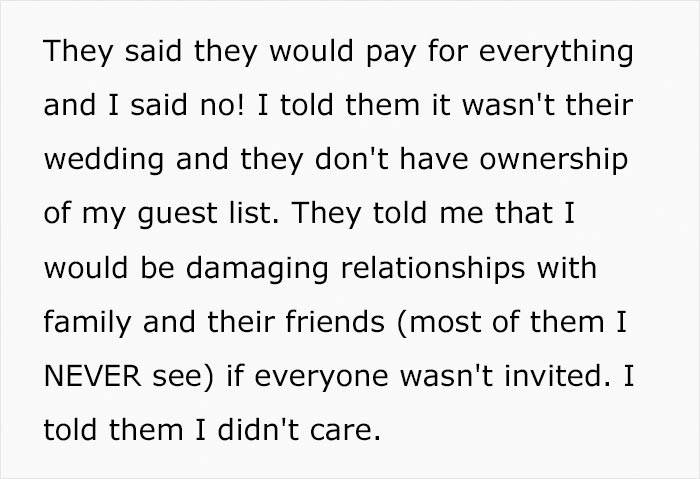 This caused an argument between her and her parents.

Her parents have a very weird mentality. 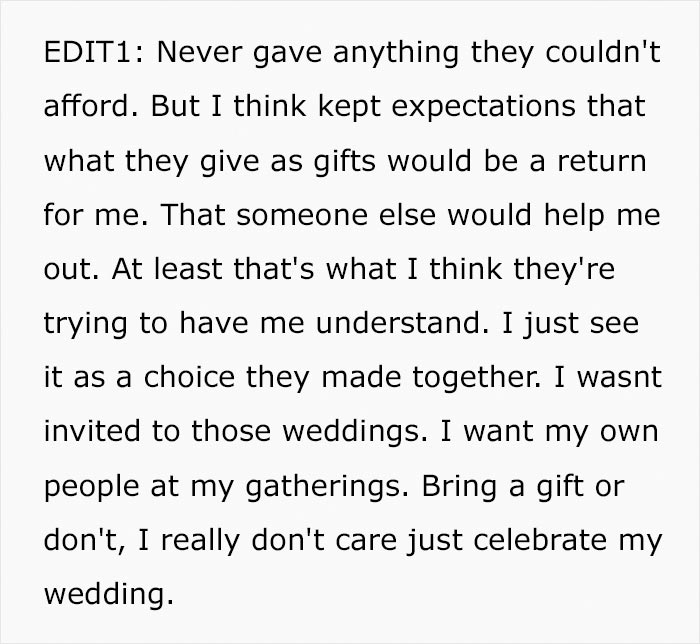 She was considering other ways to make up for what her parents wanted. 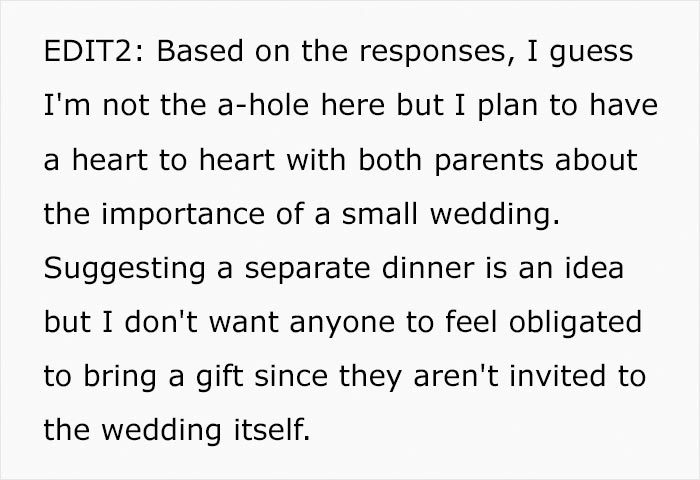 She explained which members of her family she didn’t want to invite. 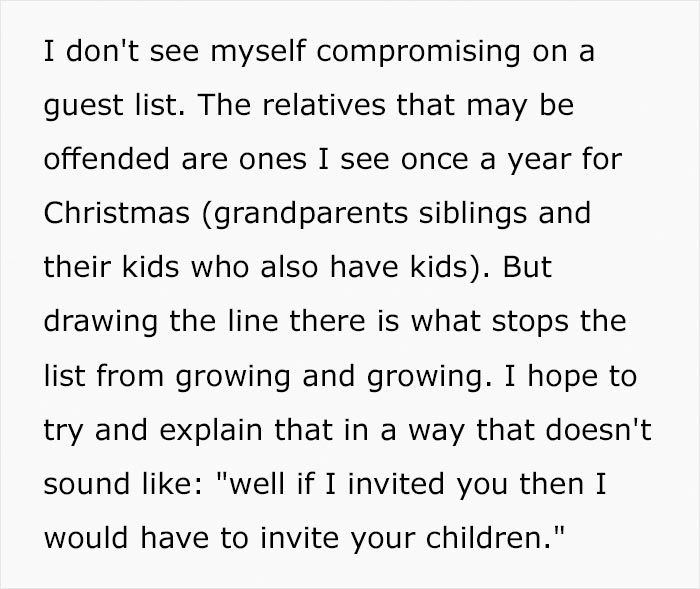 She plans to have her wedding after the pandemic is over. 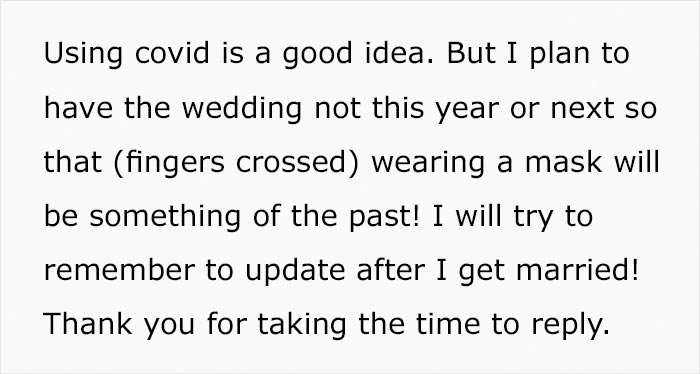 Honestly, it is her wedding and she gets to decide what she wants to do and who she wants to invite. It is nobody else’s place to decide that. Why force your children to do something they don’t want to do and ruin their special day? That is extremely selfish and her parents are completely in the wrong here.

This is what people had to say about the whole family drama:

People asked the woman not to let her parents steamroll her. 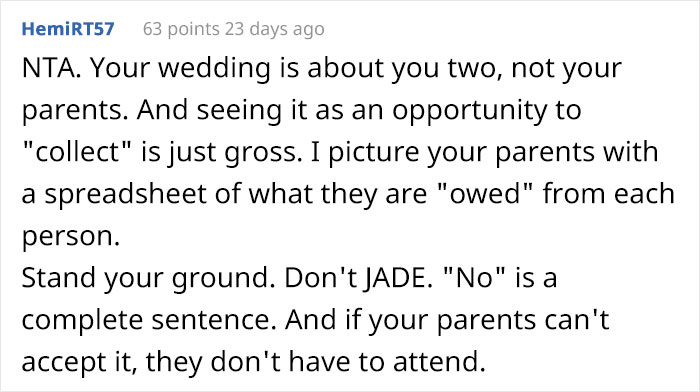 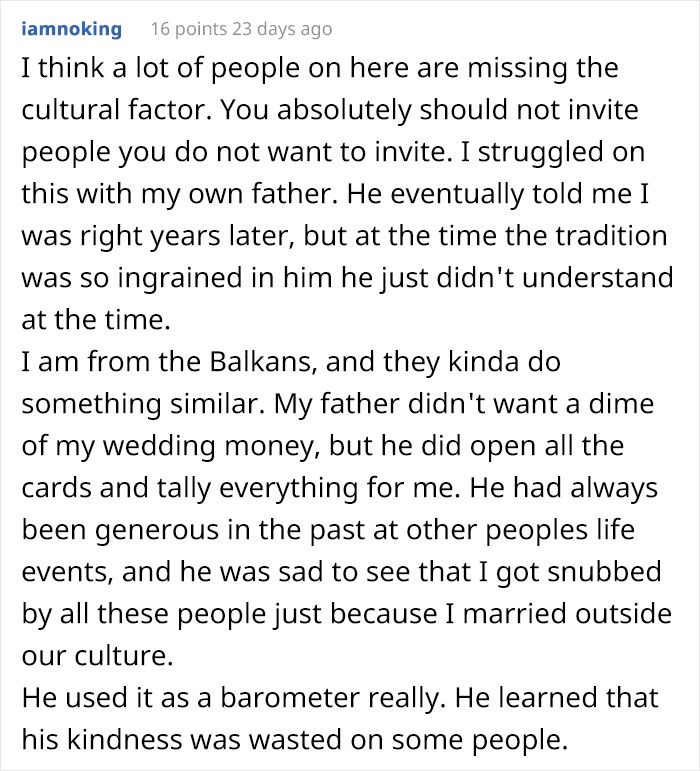 Who do you think is in the wrong here? Share your thoughts with us in the comments below.