Prancer sure is enjoying his newfound Internet fame.

This little guy fits right into the Chihuahua stereotype. Chihuahuas are famous for being known as tiny tyrants that can even scare off dogs that are a whole lot bigger than them. These doggos might be adorable but they can be difficult to handle. This little Chihuahua named Prancer recently got a lot of Internet fame after he went viral due to an adoption post written by his foster parent. Tyfanee, his foster parent, did not hold back on the honesty and wrote a hilarious description of Prancer in the post. She did not sugar coat the adoption request one bit, and people loved the post!

Stephanie Pearl, the President of the Second Chance Pet Adoption League, told Bored Panda about the hundreds of emails and offers they received to adopt Prancer. However, there is still hope for you as she said not a lot of people followed through with their applications. Scroll down below to read the post and the interview with Stephanie.

This is Prancer, the demon Chihuahua. 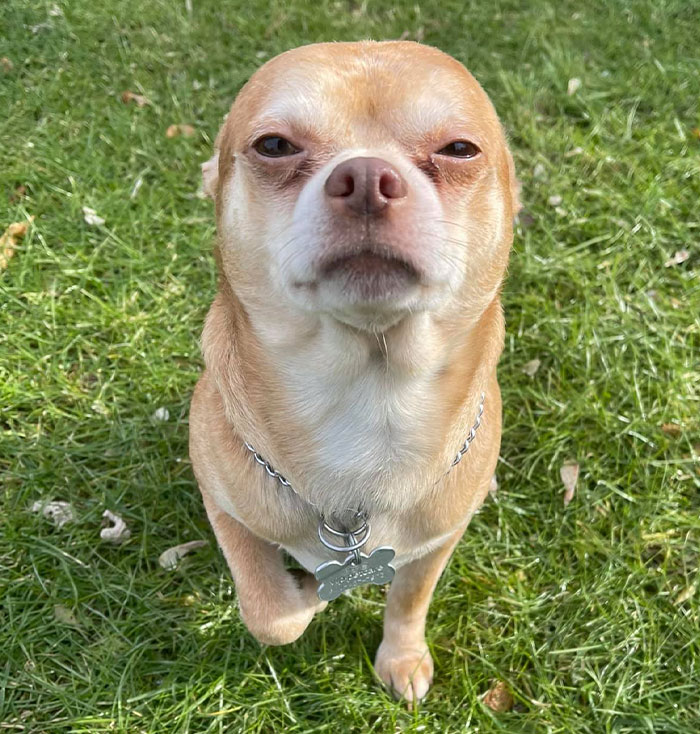 Prancer got introduced as a “neurotic, man-hating, and children hating” dog that looks like a gremlin.

Well, this is one way of getting people to know the Chihuahua.

Prancer is 100% accurately described as the Chihuahua meme.

See this? She wasn’t joking. He literally is the Chihuahua meme. 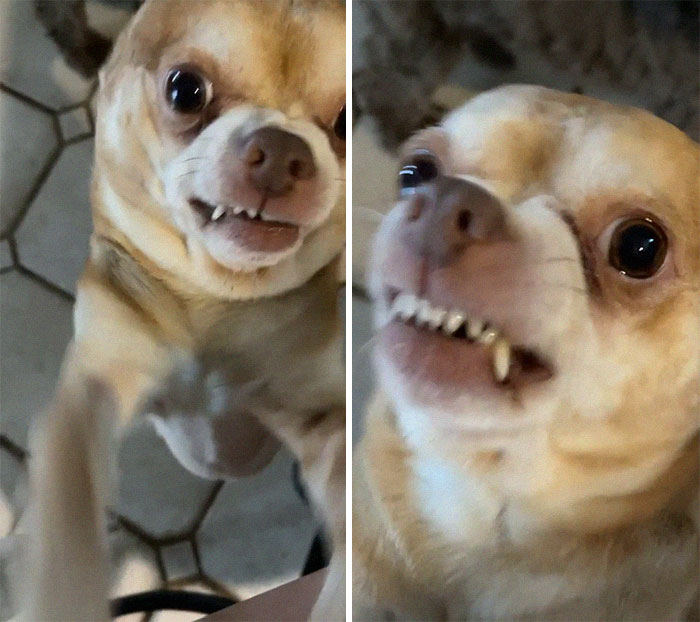 Prancer had never socialised much with humans before and was a very spoiled dog.

It took Prancer a week to show his reality to his foster parent.

Even though he is evil, he has got a nice sense of style. 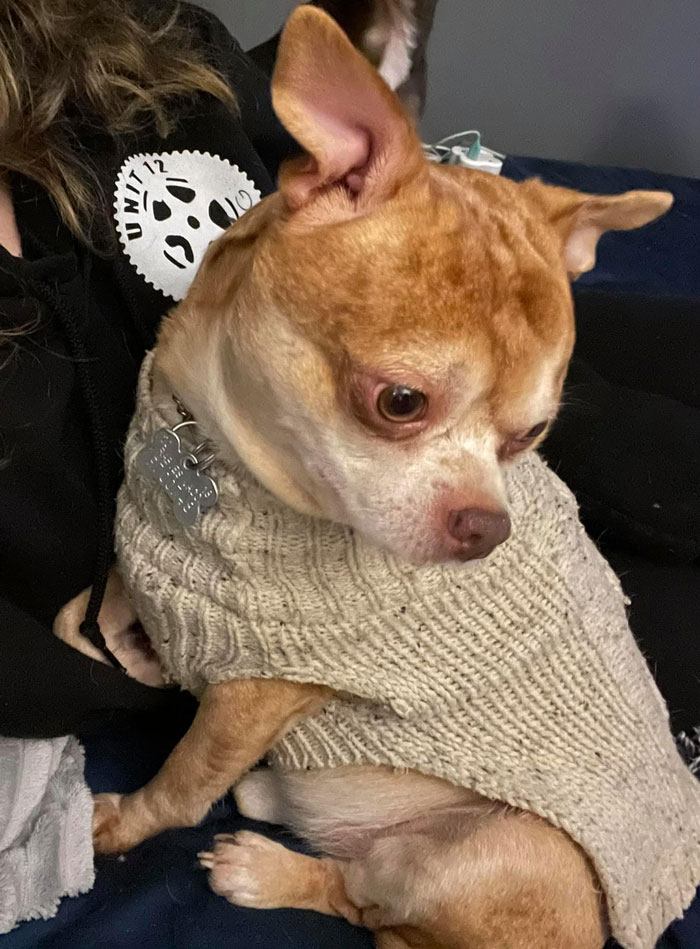 Prancer was also described as a traumatized Victorian child.

Prancer is not a big fan of men either.

Just wait until he is out of that cage. 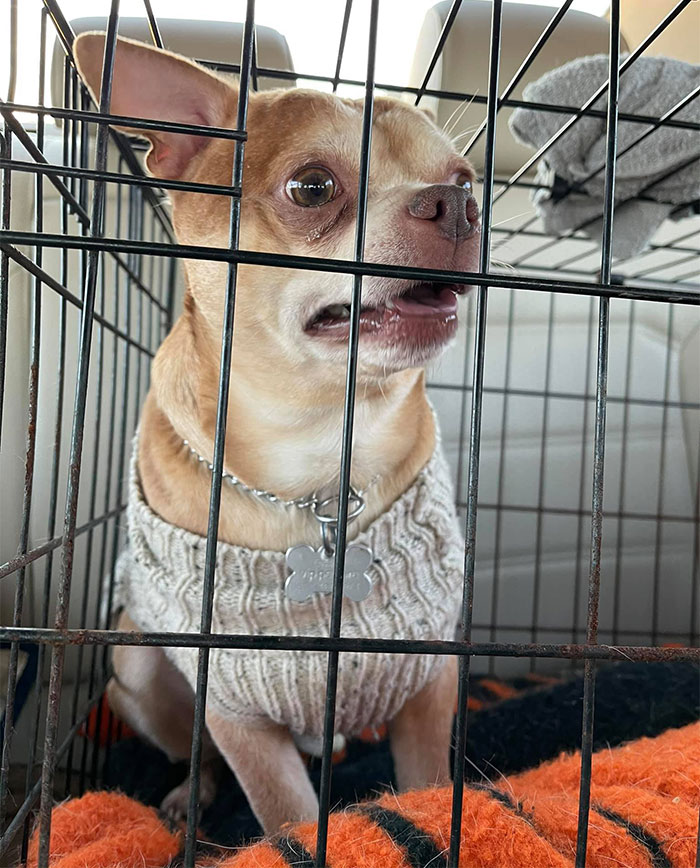 If you’ve seen The Office, you would know how much Michael despised Toby.

Don’t go for that innocent face. 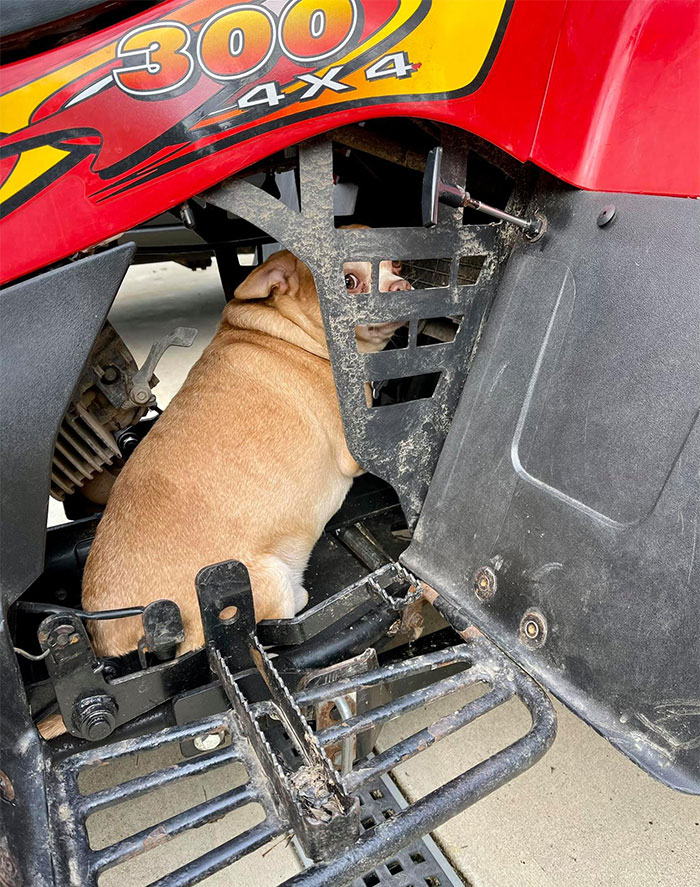 However, Prancer isn’t a completely bad guy. He has some good traits as well. 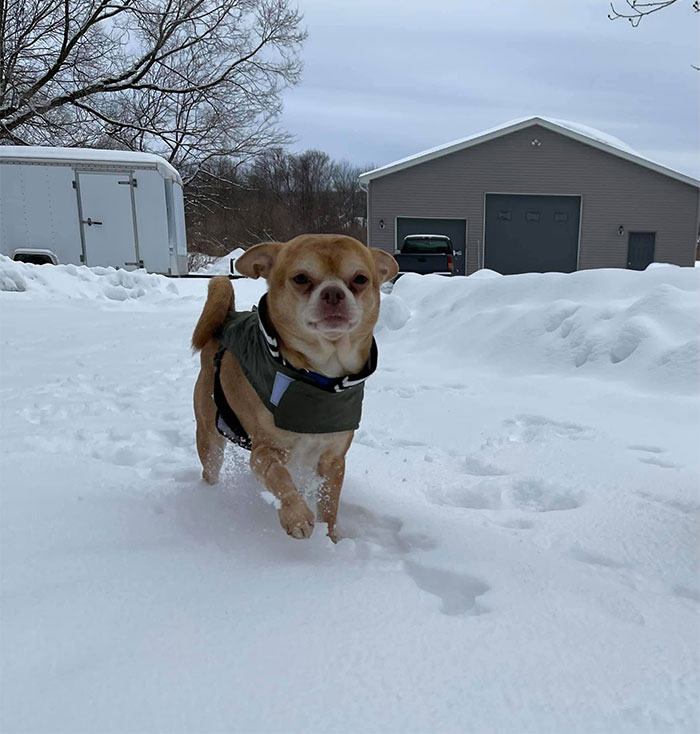 We would love to see Prancer smile when he finds his forever home.

The foster parent described the perfect home for him.

Trust me, some people would be happy to have a Chucky doll in a dog’s body.

Who can say no to that face? 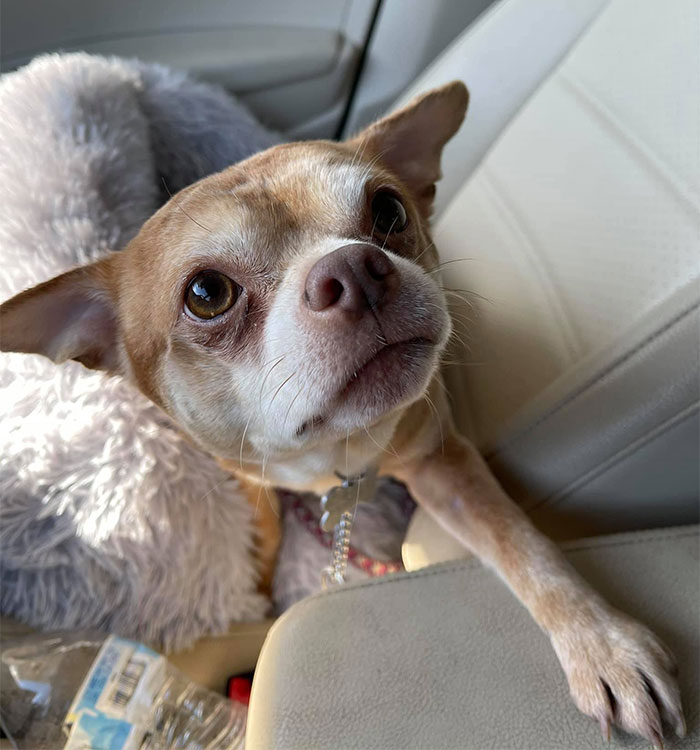 Prancer is only 2 years old, and he is looking for his forever home in New Jersey. 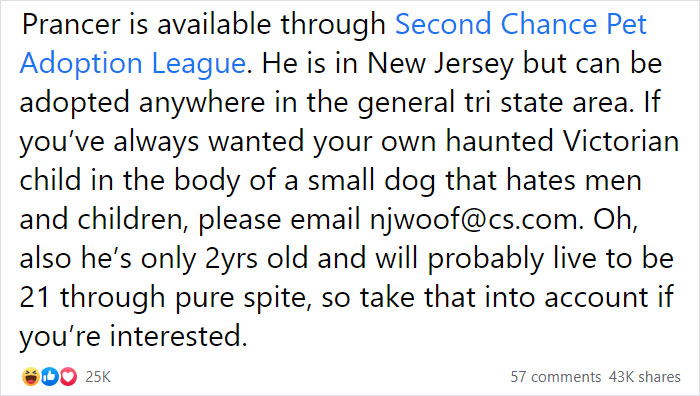 Prancer got adoption requests from all over the US, but they want him to find a home in New Jersey.

“It’s important that his adopter meet and bond with him, possibly several times, and that we can be accessible for follow-up support as he settles in if needed. We have had lots of people who sound like wonderful homes for a dog but have other pets, men, kids, or not the right environment in the house for him and we are looking for the right permanent fit and an experienced dog person that understands how to work with him,” the President of the Second Chance Pet Adoption League told Bored Panda 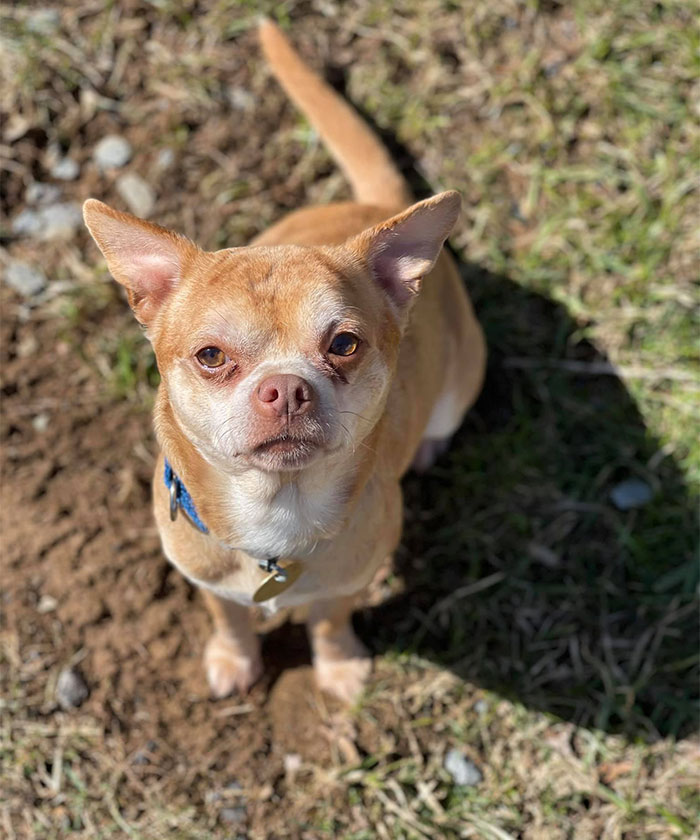 There are many “unwanted” pets that the organization has.

“We are a small rescue but our focus is on helping local small dogs most in need—those that don’t do well in shelters or need a bit of extra time, training, and rehab and sometimes medical care to help to prepare them for adoption,” the head of the organization explained. 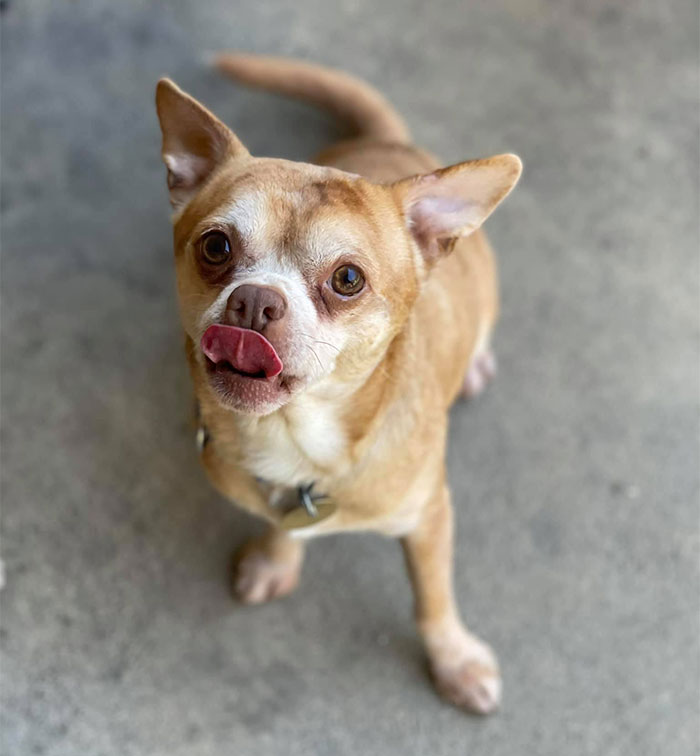 Tyfanee’s post was hilarious, but it worked as it got Prancer and the organization a lot of attention.

“Sometimes, you have to get creative to get them noticed, and his foster mom did an amazing job with that hilarious well-written post!” she praised Tyfanee. “Besides, the ones with ‘delightfully quirky’ personalities like Prancer our other speciality is seniors, hospice, and medical special needs. We like a challenge and knowing we can help and understand those that others can’t.” 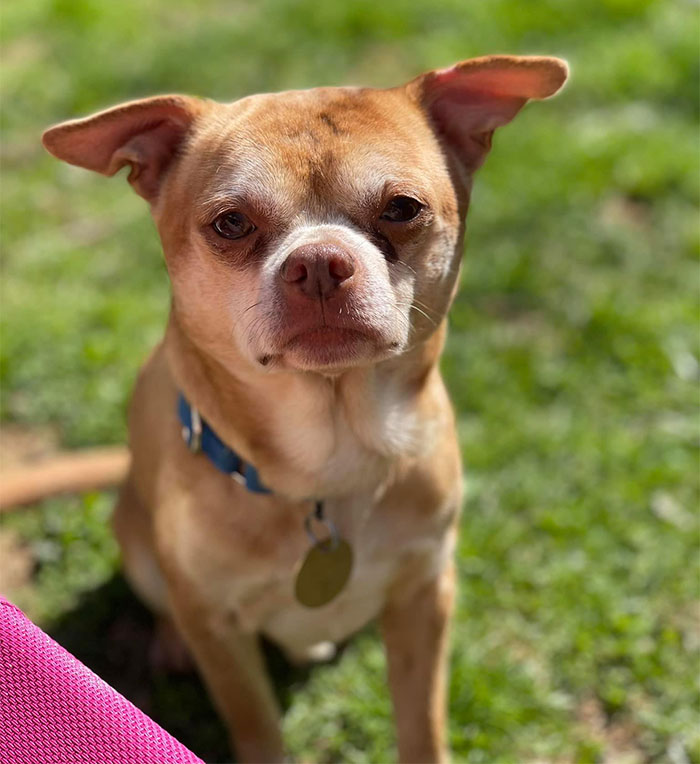 The organization needs your help.

The Second Chance Pet Adoption League currently has about 20 animals in different foster homes. The organization was founded back in 1983 and is still running strong. It is a non-profit organization. Al the proceeds earned are used solely for the animals. “Our founder, Diane Becker, ran the rescue until she passed away in 2009 and started it to help reduce local shelters’ euthanasia and help dogs who had no other options. We adopt out about 200 dogs per year, most of them small and would be considered ‘less adoptable’ due to age, medical, and/or behavior. We are committed to making sure our dogs find the best possible matches so that they and their adopters can enjoy happy lives together,” Stephanie shared. 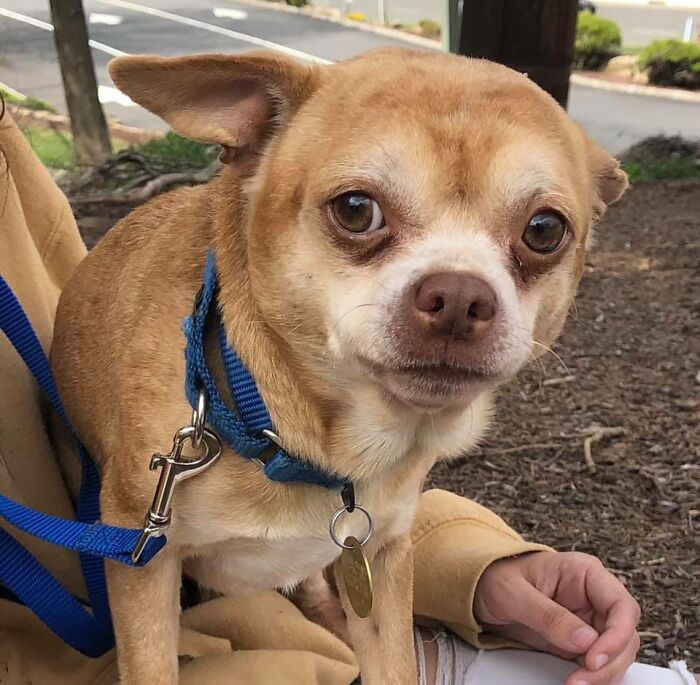 Because of Prancer, the organization sees more hope for the other dogs as well.

They are hoping for adoption requests as the organization got a lot of recognition because of Prancer’s post. So the demon baby did more good than harm! “Chihuahuas are the second most euthanized breed of dogs across the country in shelters (after Pit Bulls, another horribly abused and misunderstood breed),” Stephanie shared the harrowing reality. “Their tiny size and Hollywood has made them popular and people get them to dress up and carry around like a stuffed animal, often not understanding they have special training and emotional needs and then discard them when they develop ‘issues’ like Prancer.” 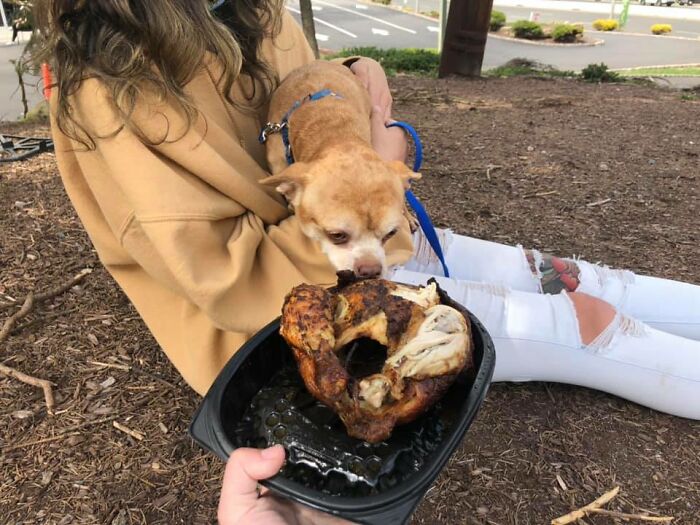 However, you can’t hand out a Chihuahua to just anyone.

They are difficult to manage and it takes a lot of research to get to know the dog. “But those who love them and know the right way to work with them can attest that they are hilarious loving companions with the right people. If you are adopting a dog, research first and make sure you are committed to them for life! Every breed has different needs, and every individual dog of that breed has their own unique personality, and while they are in rescue we live with them and get to know their individual likes and dislikes and see the good and bad in them so we can know how best to make them happy and what type of permanent home they will thrive in.” 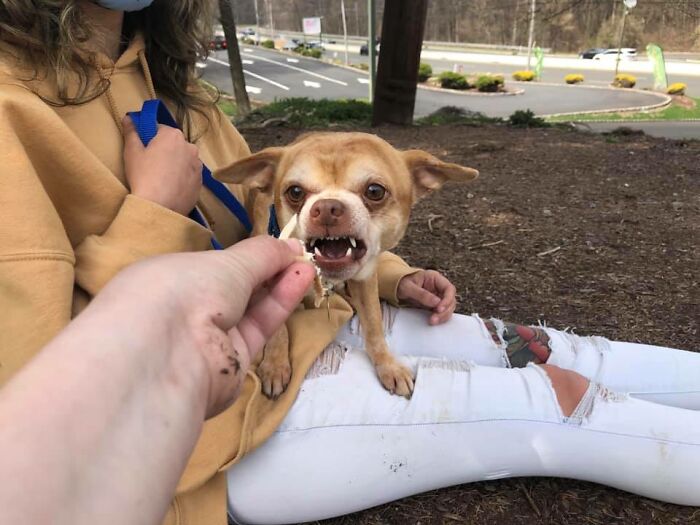 Being creative and funny can get you recognition in the animal rescue world.

Stephanie said “It’s been so much fun to see how many people got the ‘joke’ and have relayed stories of their own similar Chihuahuas and connected with this little guy, seeing their dogs (and sometimes themselves!) in his description. One person’s ‘trash’ is another’s treasure, and a ‘problem’ dog like Prancer may have been a terror and inconvenience in the wrong home but instead, he’s bringing joy to millions and hopefully the right person very soon!” 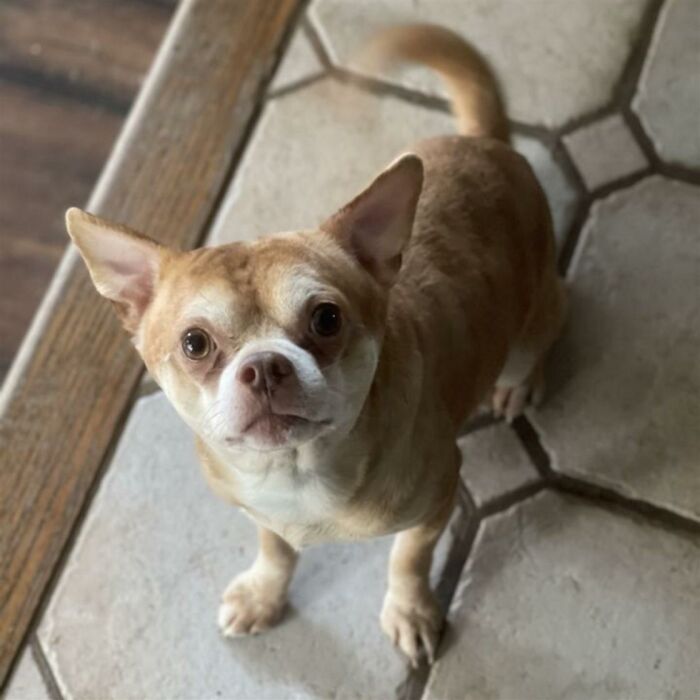 Prancer isn’t very family-friendly yet, but who knows? He might adapt to his surroundings. 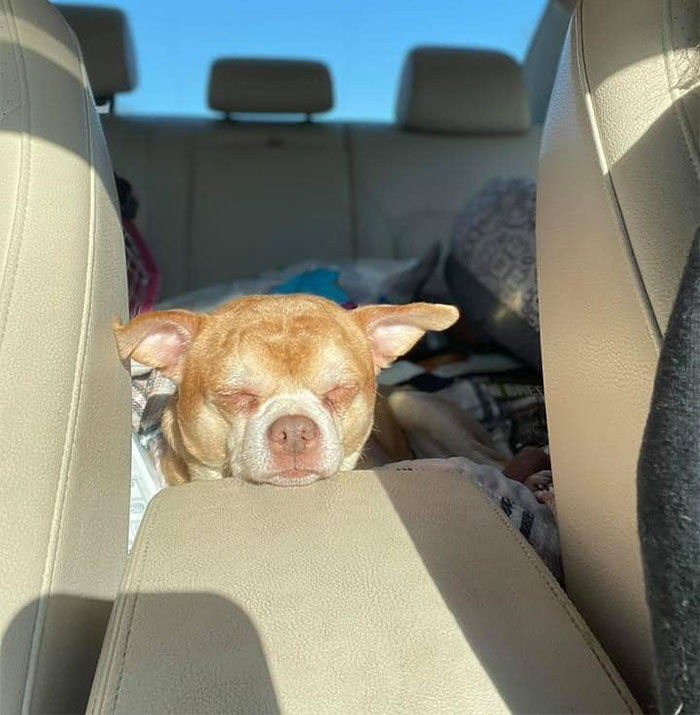 Honestly, I would give up my life for Prancer. What an amazing doggo. Every dog has a unique personality and even though Prancer’s personality screams “chaos”, we still love him! Chihuahuas are very mistaken dogs, just like Pitbulls. They deserve love and home just as much as every other dog does.

People are eager to adopt Prancer.

Making him New Jersey’s mascot would be something!

If you are an honest person, go for it.