Not every cat gets adopted.

It is a sad truth that even if a cat is quite social and friendly, sometimes luck is not on their side. There is also a huge wave of people who want to get kittens rather than older cats because it is sometimes easier to get a kitten used to a new environment than an older cat. However, this means that the older cats don’t get adopted as often and have to spend a long time at the shelter and this only ends with them getting even older reducing their chances of getting adopted.

This is what is happening to a beautiful ginger cat by the name of Mayhem. Don’t be fooled by his name as according to the shelter he is a very friendly and social cat who loves everyone. He has become famous in the shelter for waving at everyone who visits the shelter and thus many people pass him by giving him pets and cuddles.

This is the infamous kitty named Mayhem. 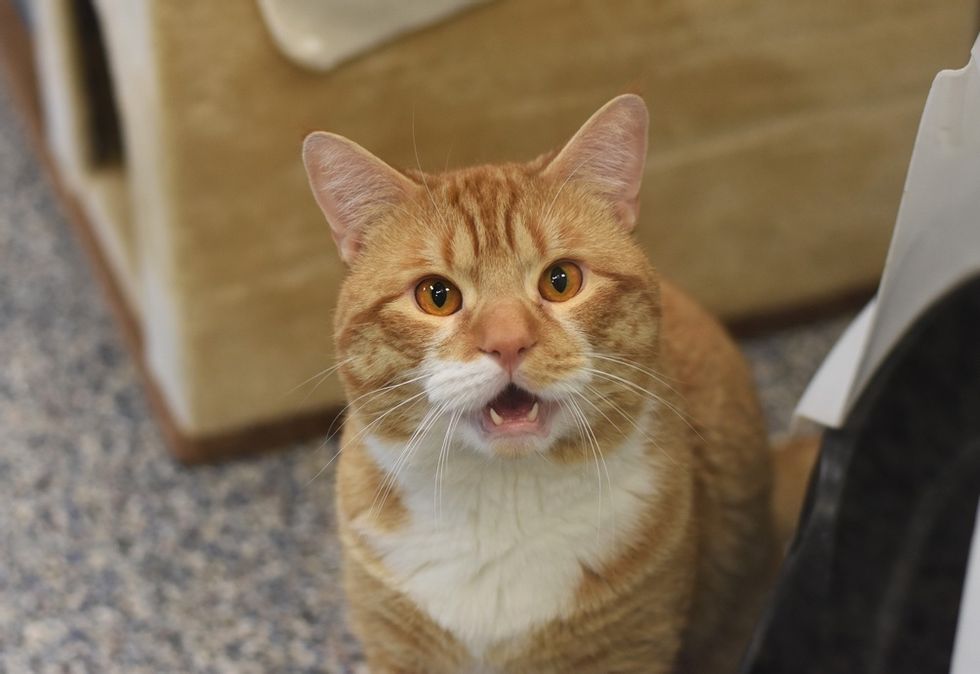 He is 2 years old and has been at the shelter for more than six months by now. He did get adopted by a family but apparently, they didn’t think he was the right fit for their home. I don’t know the family so I don’t know or am not able to judge the reasoning behind their decision but Mayhem is still looking for a forever home.

He was actually abandoned by his owner and that fact just saddens me. I mean who would let this lovely furball go? This is why everyone should think long and hard before they adopt a pet. They are not toys and you can’t just throw them away when you get bored. 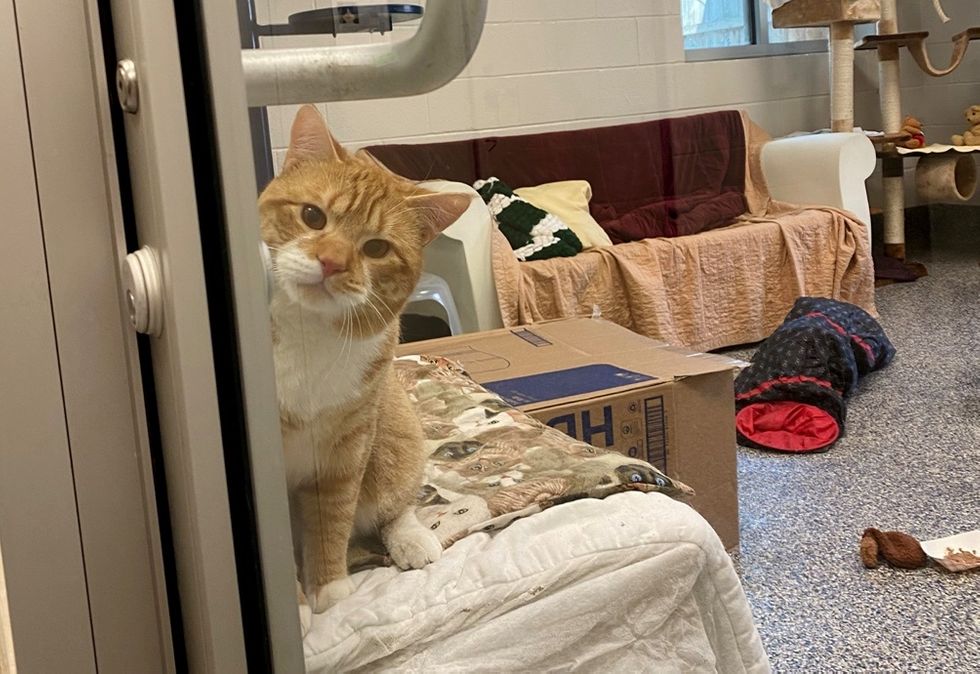 The shelter is called Lollypop Farm and it is situated in New York. So if you are looking for a ginger furball as your companion, you may have found the right match. He is also in the habit of waving at everyone through the glass doors and he might be one of the most adorable cats I have ever seen. According to the farm, he is also quite well-mannered. And the reason he got the name is not because he causes a lot of mess, it is just that he is quite high energy so he needs someone who is willing to play with him or keep him from getting bored. 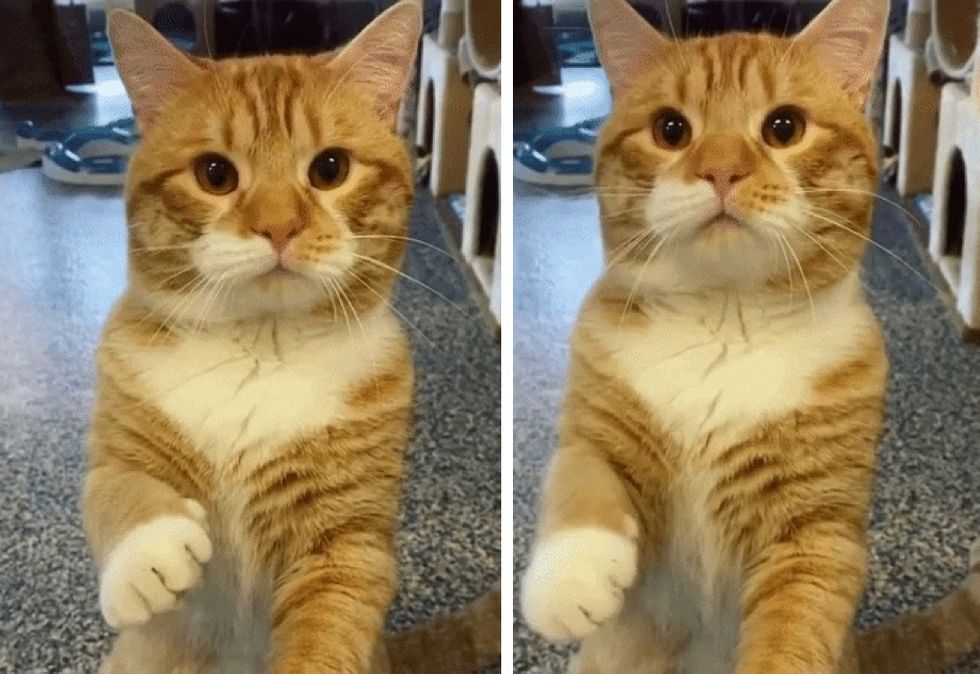 I don’t know about you but if I lived in New York I would have already been halfway to the shelter and I would have adopted him to have an adorable friend for my own cat. However, due to his friendly nature, I am sure he will get adopted soon. He deserves to have a loving and caring home that gives him all the attention he deserves.

Would you ever adopt this baby if you lived in New York? Or do you already have too many pets? Comment down below and let us know what you think of Mayhem.

And if you need more reasons to like Mayhem, we have a short video for you to enjoy as well.

This is what the shelter had to say about Mayhem.

He first arrived at Lollypop Farm in early June after he was abandoned by his owner. He went up for adoption but sadly came back to the shelter when his new home just wasn’t the right fit. Mayhem has a lot of energy. He may not be the right kind of cat for just anyone, but we know that there is a cat lover out there who is looking for a sassy cat just like he is. This handsome cat will surely find just the right home.