Do you know about 6.9 million animals end up in shelters every year according to statistics. These poor animals have nowhere to go and no one to take care of them. There are some reasons that pets get abandoned by their owners. Some of them are they get bigger than their expected size, aggressive behavior and in some cases there are health issues. If we all just become a little bit kinder toward these animals then this world can be a better place to live and there’s no doubt that adopting animals is an act of humanity. Luckily, not everyone thinks like that because about half of those animals 3.2 millions get adopted and they find their new homes. Everyone deserve a second chance at life and we can give them that. Here at Defused we have collected these beautiful 15 shelter animals that changed dramatically after their adoption. These before and after results are amazing. Scroll down below to see these photos and don’t forget to watch it till the end.

1. This poor cat had grown severely matted fur, she was abandoned by her owner because he got sick, the before and after results are just amazing now she is living her best life in a new beautiful home. 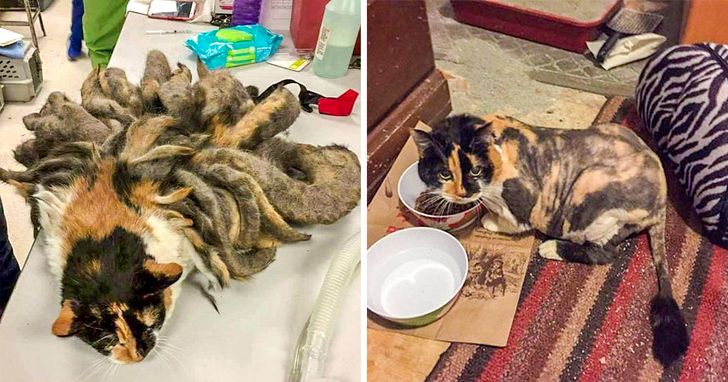 2. Meet Frodo this beautiful doggo was rescued by an animal rescuer named Klaudija Sigurnjak, this transformation is just unbelievable. 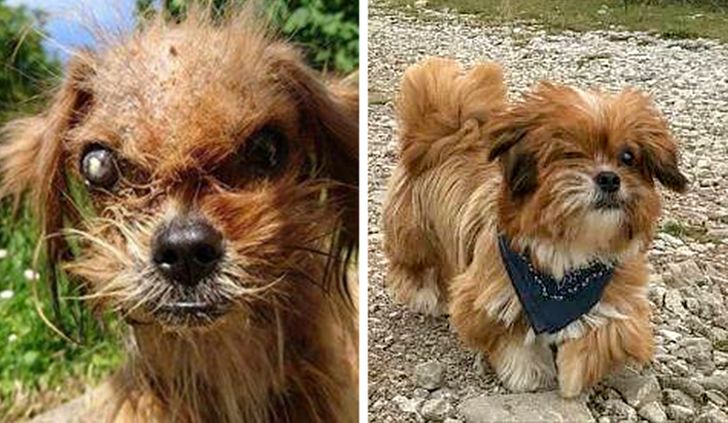 3. Meet Holland one day she luckily appeared at  the Trio Animal Foundation center the first step was to give her fur a complete makeover, they had to treat her skin from bruises, cuts and dryness, luckily her faith in humanity was restored. 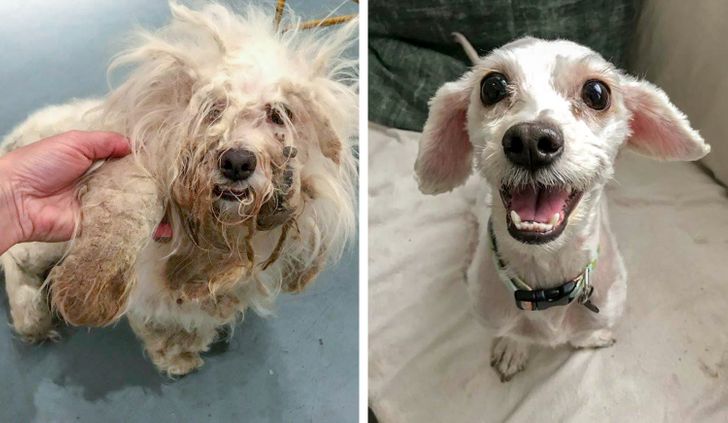 4. Meet these beautiful doggos Emmy and Oscar, they were rescued by Chicago Policemen and were saved by the Trio Animal Foundation later on. Look at these results they are amazing 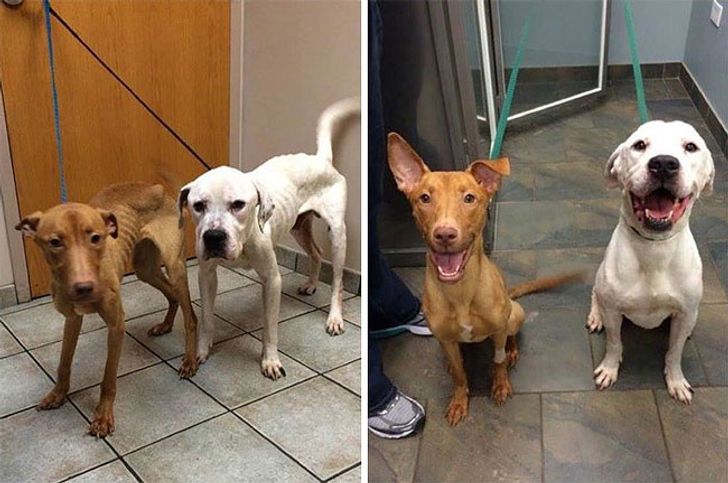 5. Meet this brave dog Sang Su, his fur was so messed up that it took 4 medical staff members and 2 hours to get through this dog’s messy fur. He was scared while they were cutting his fur. He also had a skin infection now he is a happy doggo living a happy life. 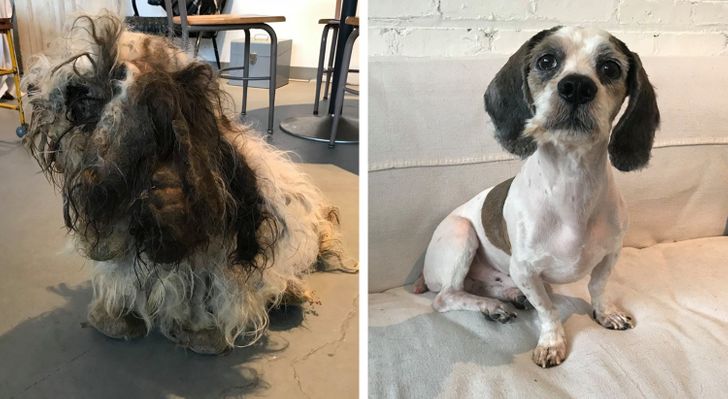 6. Meet Ruthie her old age was not a concern for her owners she is 16 years old, she got adopted and look at these magical result 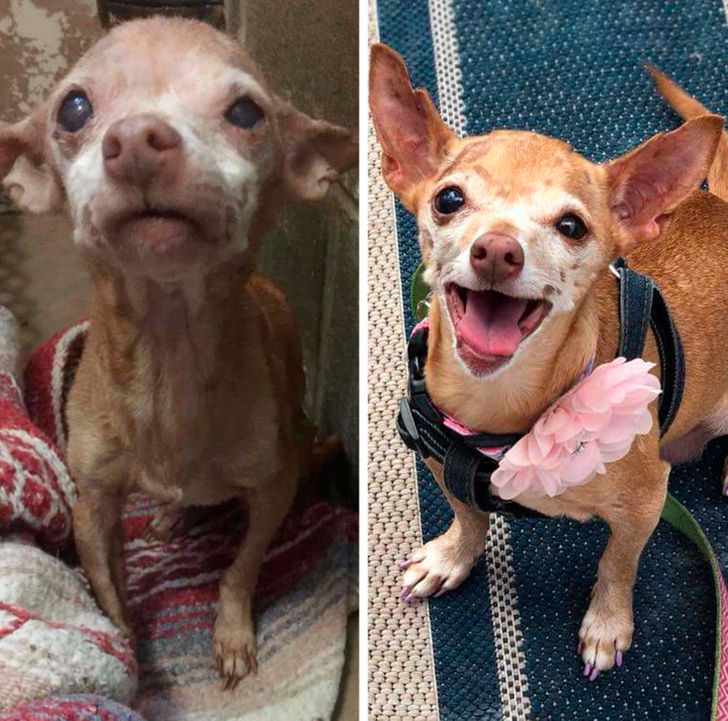 7. This dog’s destiny was set in stone — it was supposed to be euthanized. But just when it seemed like there was no hope, this lucky dog’s new owner came to adopt him!. We are just so happy for this doggo 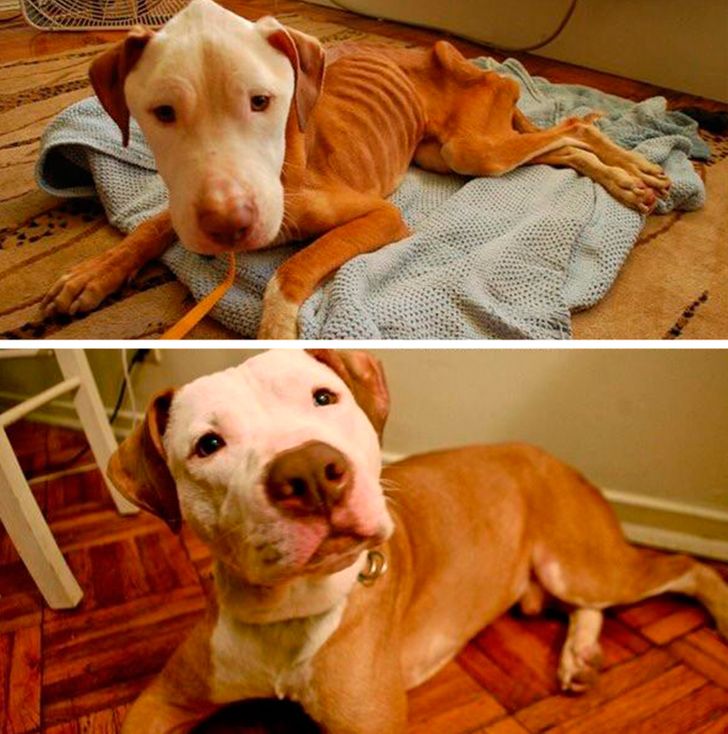 8. No wonder love and attention can do amazing things, it just took 8 months for this doggo to become a shining star he is 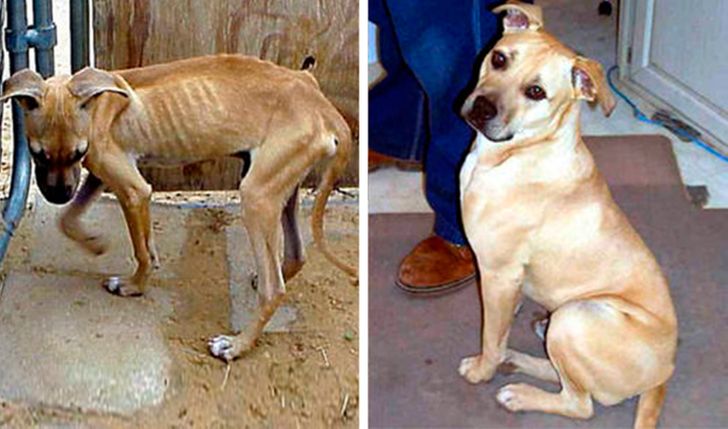 9. This transformation is just heartwarming, it only took 1 month for this kitty to be healthy again now she is ready to see the world 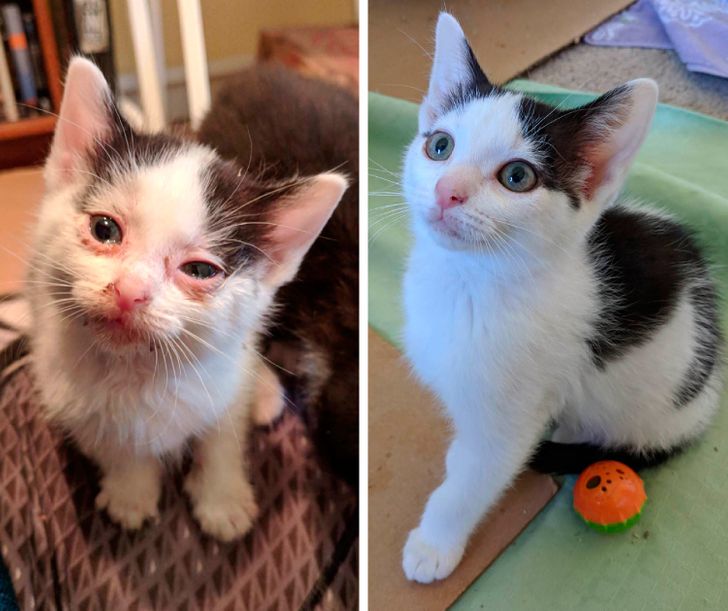 10. Meet Nigel just a little bit of love and attention made a big difference for this doggo 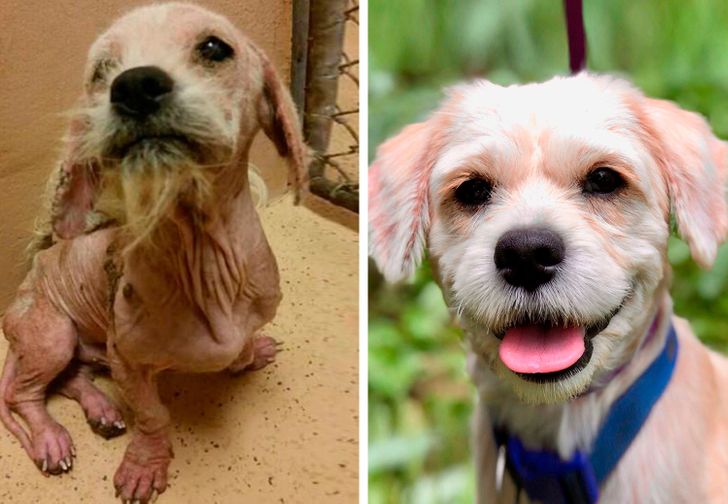 11. This poor doggo wasn’t meant to be in the condition he was, look at him now a nice thick layer of fur fits him much better 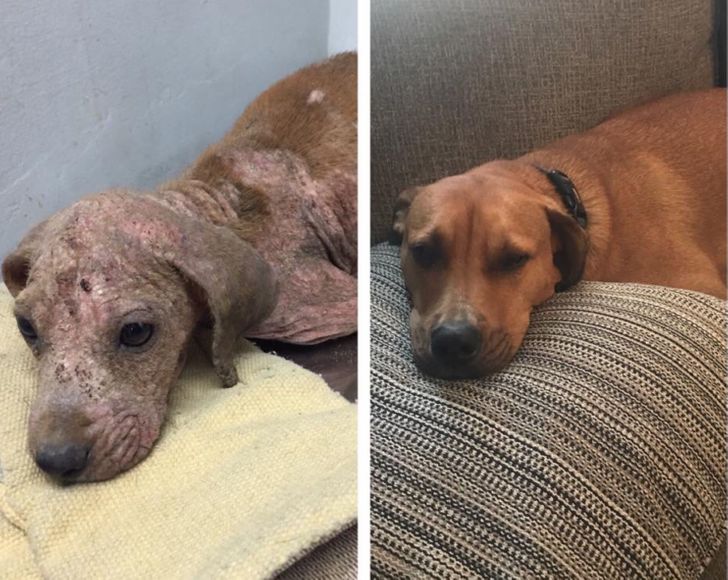 12. There’s nothing in this world that love and care can’t fix

13. I don’t get it that how can a cat with prettiest eyes can be neglected? Once again good old TLC can change everything. 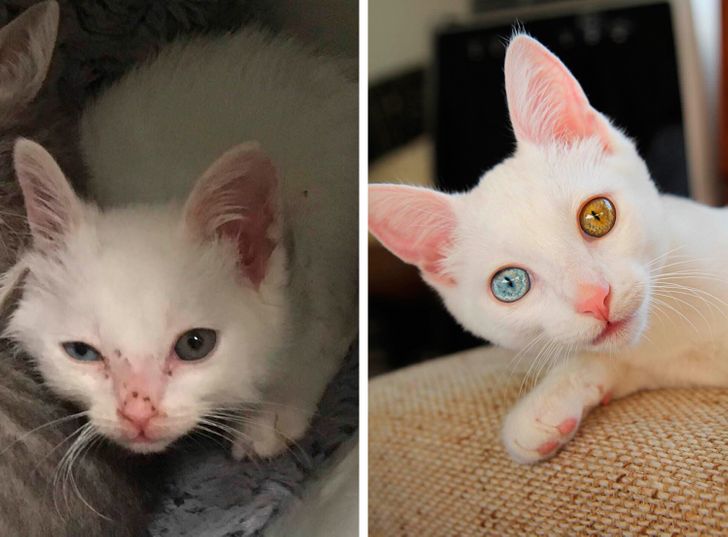 14. She looks soo much better after she got adopted 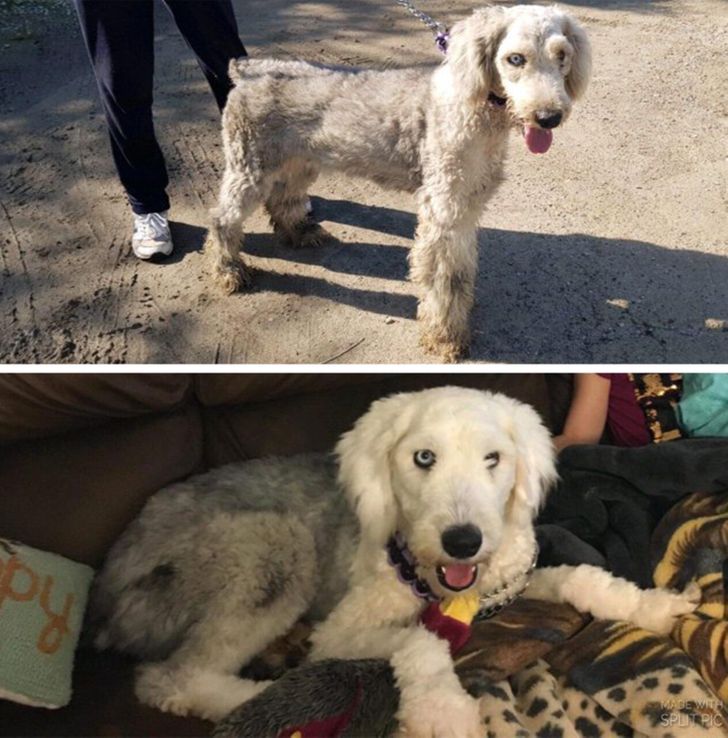 15. Meet Marine her teeth were extracted due to her bad smelling 14 decaying teeth, she didn’t know what was waiting for her. Luckily she got adopted now she’s a real Instagram star with 2 million followers! 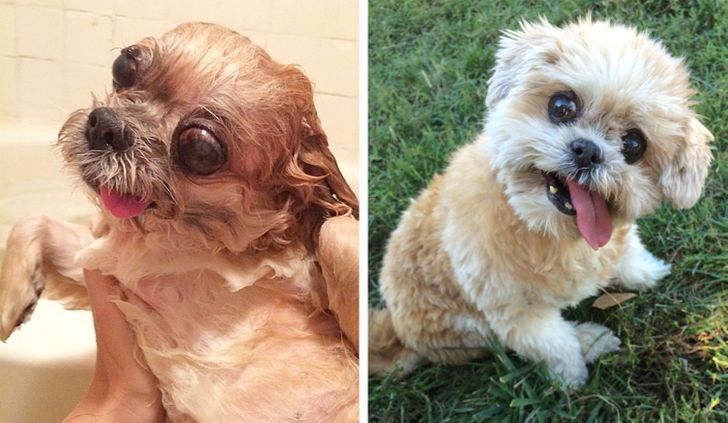 These results are just heartwarming. Literally there’s nothing in this world that love and care can’t fix. Let us know what do you think about this post in the comment section below. Don’t forget to like and share it with your friends and family. Stay tuned for more fun content. Thank You!.