LSD is a potent hallucinogenic drug. In the 1950s US government did a lot of research on the effects of Psychotomimetic substances including L S D. These substances induce hallucinations and detach you from the reality around you. During this process, it affects you and in some cases, illusions appear as well and the perception of reality starts to swirl.

Oscar Janiger, who was a psychiatrist at the University of California-Irvine, known for his work on acid, carried out an experiment to check the effects of a controlled dose of L S D. During his experiment, he asked the participant who was an artist to draw his experience from the crayons provided to him. During the administration of the first dose, significant effects were observed. Then, it was during the second dose when the artist’s insight of his surroundings became vague.

Below are some pictures that show step by step process of what this artist drew during his intoxication period, as well as the time when it ended. What’s even more interesting is that the effects take a dip and then rise again, influencing the thought process and focus as well. Scroll down and check it out. 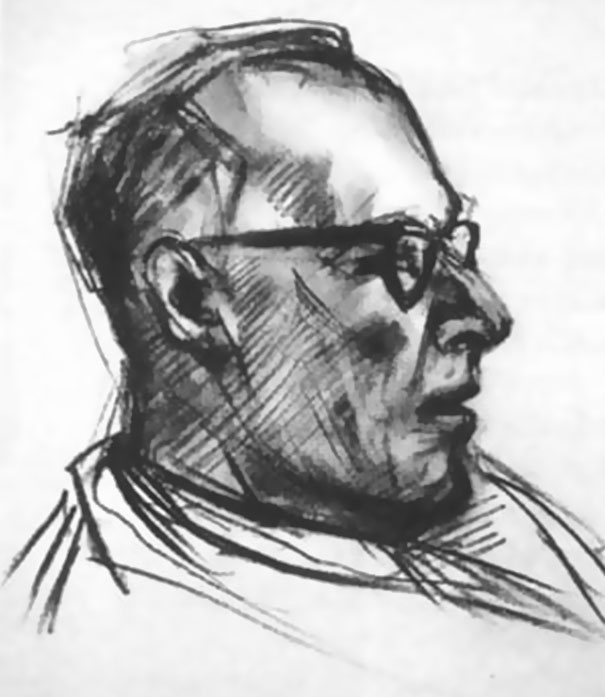 According to the experimenter, the artist started drawing with charcoal whereas the participant reported that he does not feel any effects yet, “Condition normal… no effect from the drug yet”. 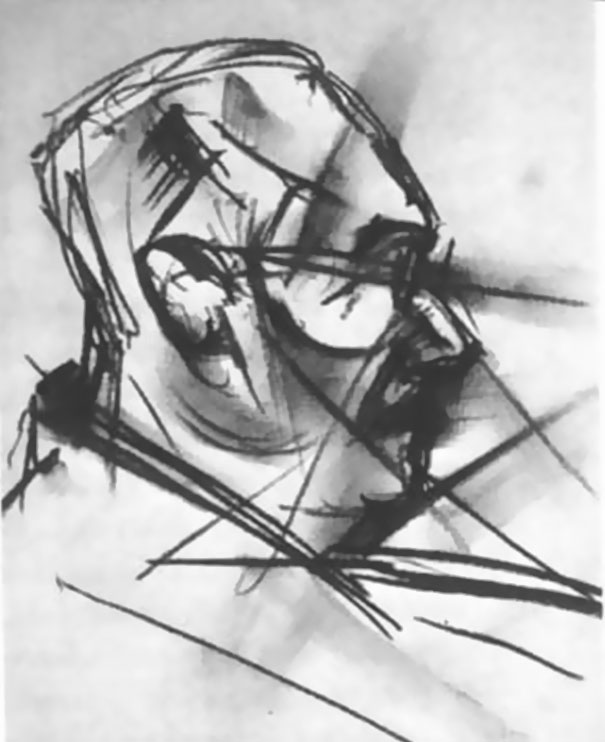 The artist seemed to be in a state of euphoria, as it’s hard to focus but he wants to keep going…He keeps drawing with charcoal.

“‘I can see you clearly, so clearly. This… you… it’s all… I’m having a little trouble controlling this pencil. It seems to want to keep going.” 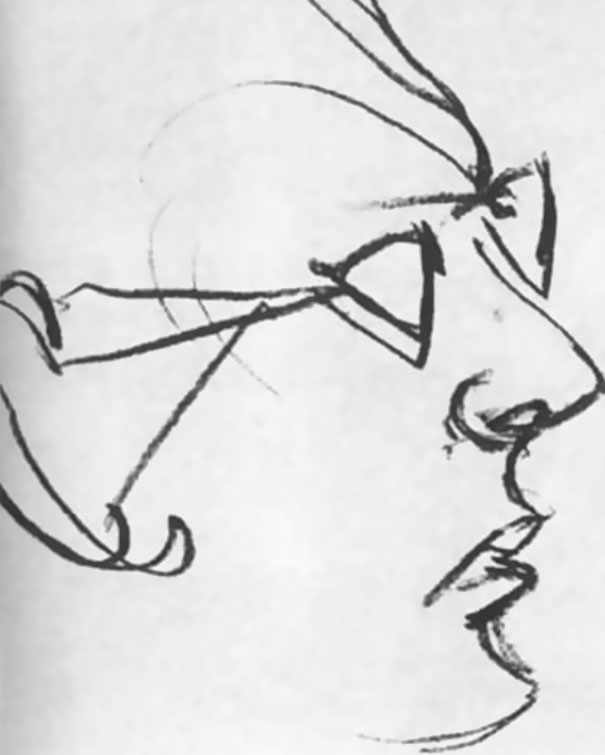 By this time, the artist could not focus on anything else but drawing. According to him; “Outlines seem normal but very vivid – everything is changing colour. My hand must follow the bold sweep of the lines. I feel as if my consciousness is situated in the part of my body that’s now active – my hand, my elbow… my tongue” 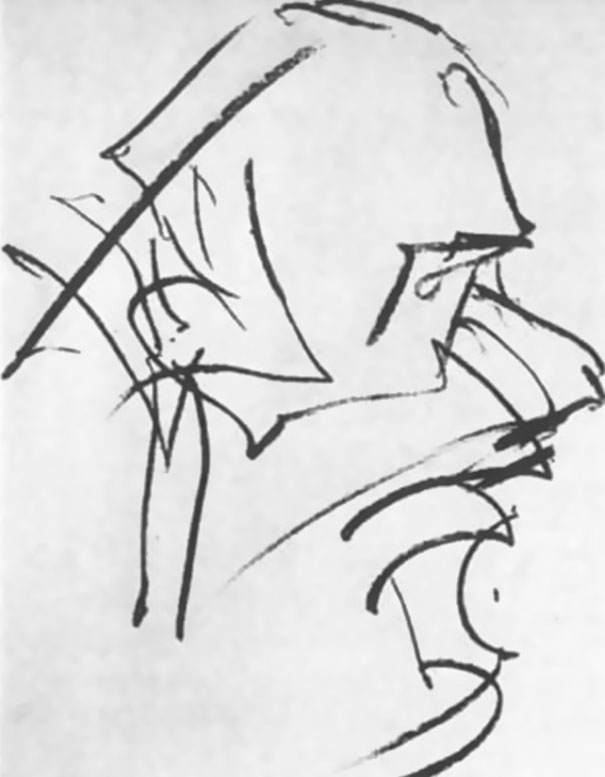 His focus starts to deteriorate and he is now confused between where the actual lines are. “I’m trying another drawing. The outlines of the model are normal, but now those of my drawing are not. The outline of my hand is going weird too. It’s not a very good drawing is it? I give up – I’ll try again…” 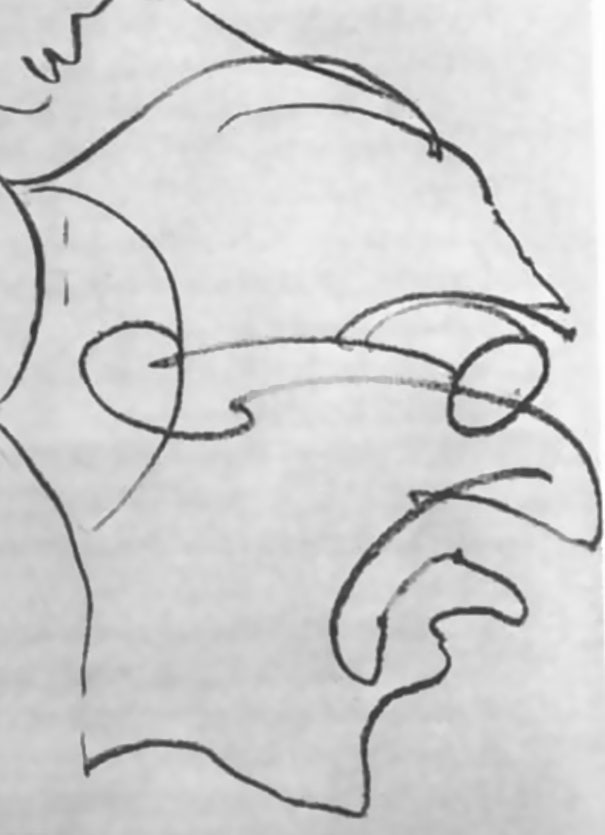 He does not want to give up and tries again but at the same time, right after he finishes drawing, he is then amused by something on the floor. Suggesting his attention span is not also altered. He also laughs uncontrollably.  “I’ll do a drawing in one flourish… without stopping… one line, no break!” 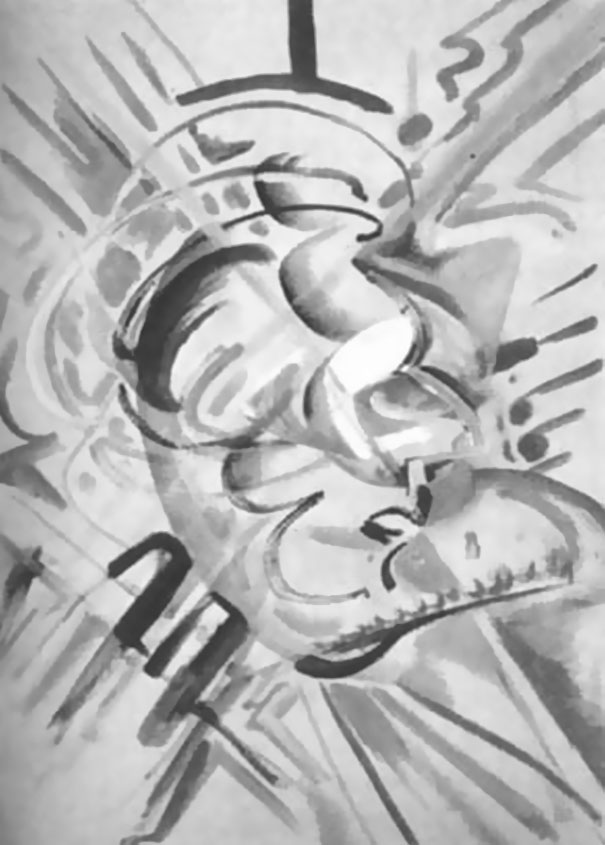 The observing doctor states that at this point the patient starts to climb into the activity box given to him, furthermore he has started to stammer. He became agitated on the suggestion of drawing some more. He was murmuring along with some tune. The words he was uttering were “I am… everything is… changed… they’re calling… your face… interwoven… who is…” 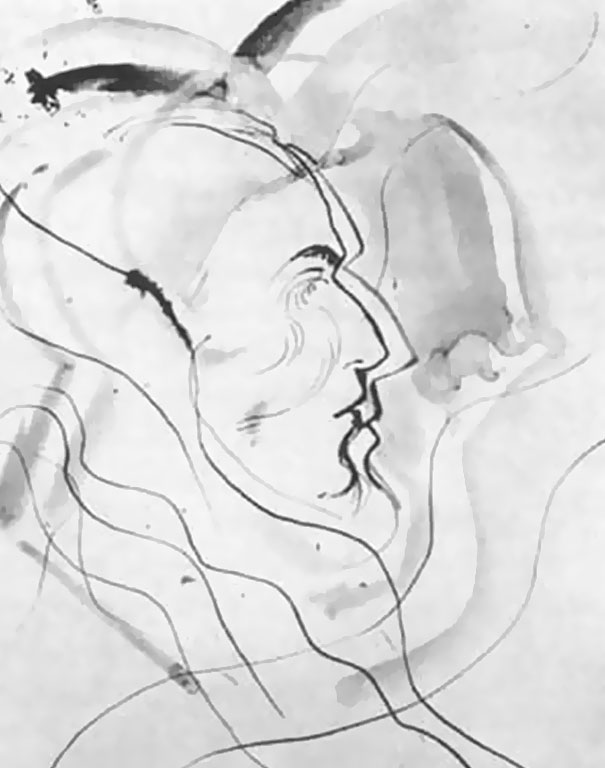 The patient spent 2 hours lying in his bunk with his hands stirring in the air, he then runs back to his canvas and chooses pen as well as watercolours as his drawing medium.

“This will be the best drawing, like the first one, only better. If I’m not careful I’ll lose control of my movements, but I won’t, because I know. I know”  he was found repeating these words. the drawing above was a result of strokes he managed to put on the canvas while being in a continuous motion around the room. 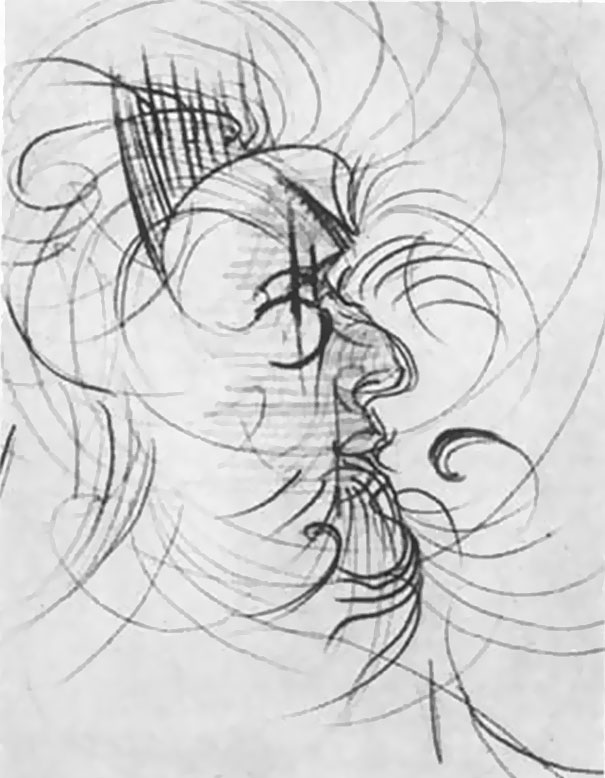 While holding a crayon he utters “I can feel my knees again, I think it’s starting to wear off. This is a pretty good drawing – this pencil is mighty hard to hold”

At this point, he has settled down after an hour and a half of continuously running around the room.

9. 8 hours after the first dose 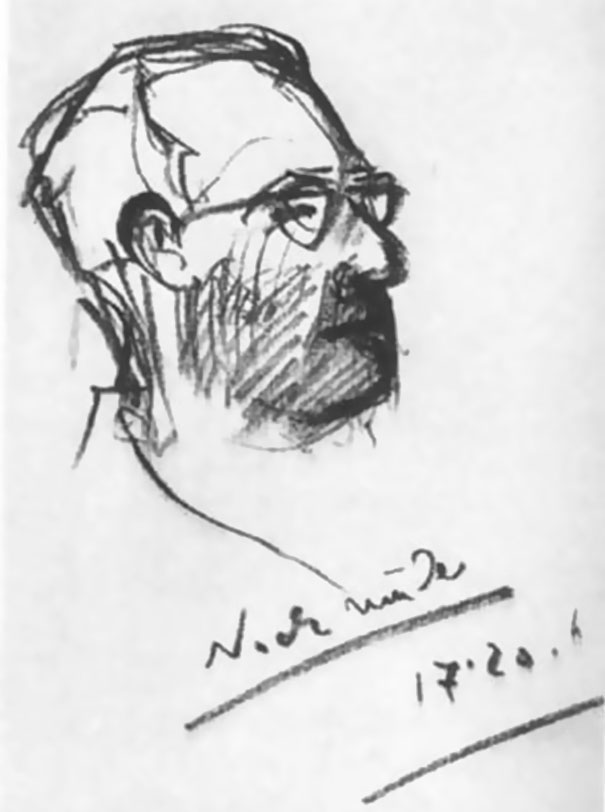 The patient reports that most of the effect of the L S D is gone but he does get occasional but short hallucinations of faces getting distorted up. This is when he was asked to make a final drawing

“I have nothing to say about this last drawing, it is bad and uninteresting, I want to go home now”

The observation of the journey under the intoxication of the concerned substance seems to be quite interesting, this might have unlocked a lot of doors for the researchers. Let us know what appealed to you the most and which point did you find the most gripping, in the comments section below!