Everything around art by Defused.

Some things aren’t a laughing matter. But however serious they might be, making a joke out of it doesn’t really hurt anyone. We live in a time when any little thing can offend people and many get triggered quite easily. That is why it is paramount that we talk about several of the issues we […]

You’d be surprised to know that art can teach people better than their school. It makes sense too. Sitting through boring lectures and reading through the lengthy text books can sometimes be too much to absorb. Instead, it’s much easier to get the same knowledge if it’s delivered in a fun way. For example, it’s […]

Life can be pretty crazy at times. And we don’t even realize it until way later when we are sitting and thinking about what just happened. It can be a whirlwind for many when it comes to starting a family, getting married, and getting pregnant. At times, it doesn’t even sink in. That is why […]

There are so many things wrong with society that we don’t realize. We have turned blind towards problems that are slowly causing our downfall. Greed has become so normal that we don’t even see anything wrong in it anymore. Since everyone is doing it, it must be acceptable, right? Wrong. We have turned a blind […]

Cats are weird. I don’t mean that in any wrong sense. To me, that is somewhat a compliment. Cats are mostly famous for their dashing looks and the cute faces they make. Yes, I agree, cats are adorable. However, there is a side of them that only cat owners get to see. Even though they […]

Teachers shouldn’t get spiteful. It never ends well for them. While I am well aware teachers have it hard with their pay cuts and all the frustrations they go through every day but that does not give them the right to be rude towards their students. I have known many teachers who thought their subject […]

Disney movies aren’t really realistic.  That is not to say we want realism in our Disney entertainment. After all, how is one supposed to make a movie about magical princesses that talk with animals and fall in love within one day to appear realistic? However, that is the beauty around these mythical classics. We as […]

There’s a lot that goes into taking high-quality glamour shots that a lot of people aren’t fully aware of. When it comes to these kinds of photographs, it’s important to remember that there’s lighting, angles, editing, costume design, and makeup artists at work. Especially when you’re dealing with movie stars or generally affluent people. After […]

Everyone is beautiful in their own way. There is no standard of beauty. Everyone is different and there is a sort of attractiveness in all kinds of faces. Even if you don’t have a typically “perfect” face with small, delicate features or perfect skin, you can still be very pretty. We have become so obsessed […]

Who isn’t a fan of Disney’s mesmerizing characters? I’m pretty sure everyone is. Be it us humans or animals, we love all the amazing & unique characters. As we speak about our favourite Disney characters, what if those iconic Disney’s animal characters were turned into humans? For instance, Nala, from Lion King or Dory, from […] 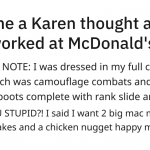 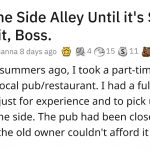 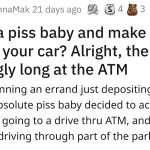