There are a lot of countries that criticize America for their culture and their taste in food beside other problems like not having fast trains, and free education. But when it comes to roasting America for their taste in food, they doesn’t take it easy. Food is something people are crazing about and weird foods make you feel bizarre specially when you are a foreigner.  So here we are with a hilarious roast today. These bunch of Australians people don’t like American food. Scroll down to see what is their opinion on American Food.

1. This dude was so tired of eating Cosmic Brownie with a Big Gulp, you feel him? 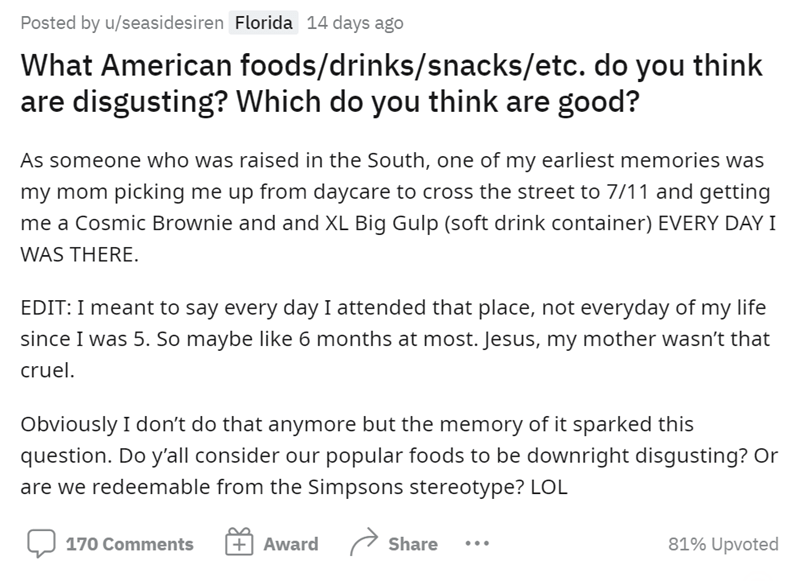 2. Sadly America gets a lot of criticism for their cheese 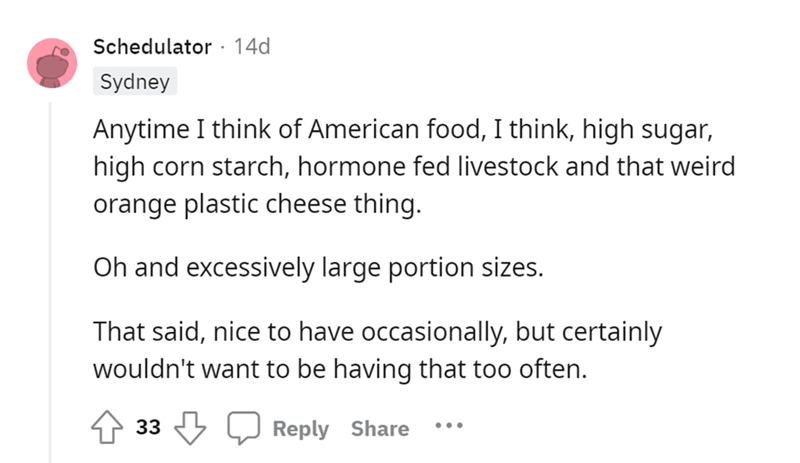 4. This man took American food roasting to another level 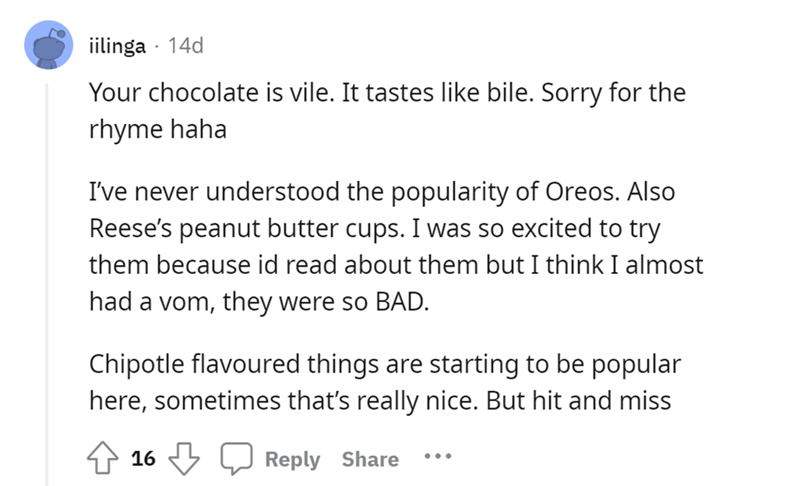 5. Wait what who taste condoms? 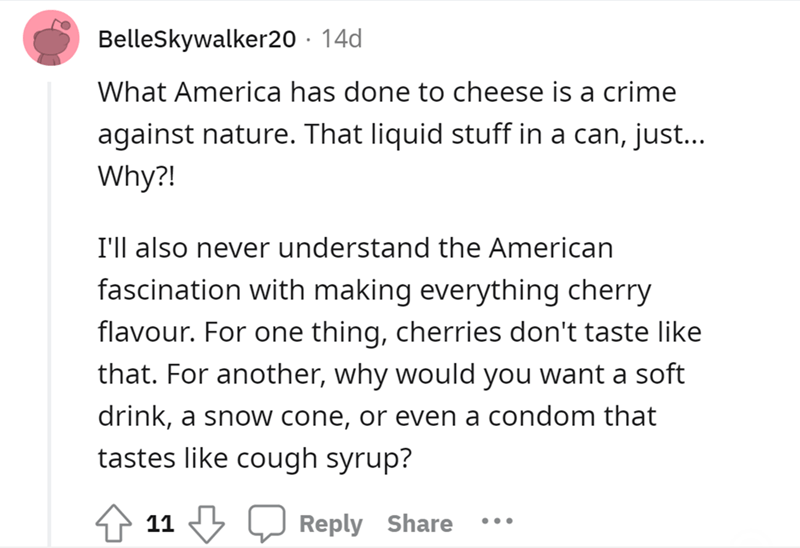 6. American Chocolates are pretty nice what do you think? 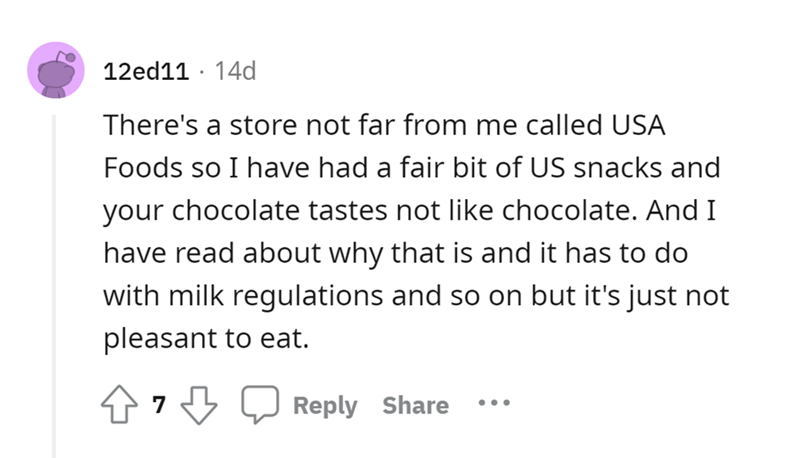 7. Starbucks wants to know your location 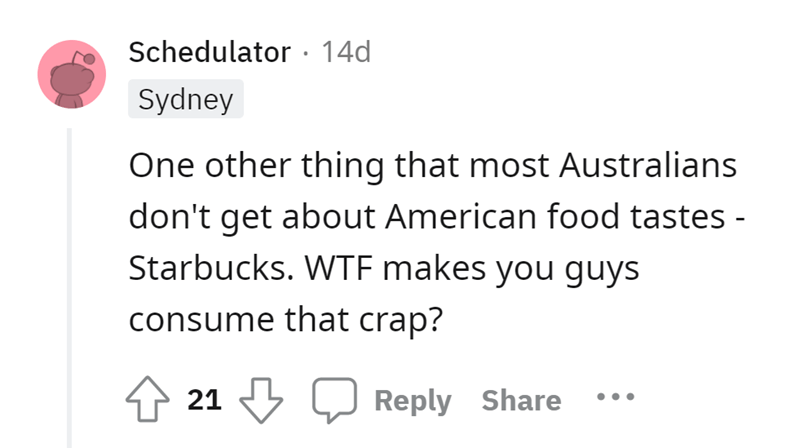 9. Well gotta agree that is not such a good combination

10. This guy just not having American cereals every again, too sweet! 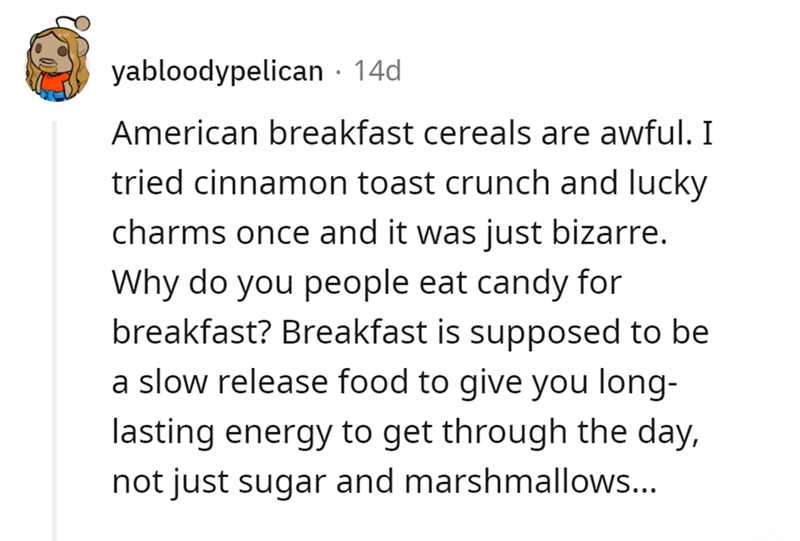 These guys are really mad over American food. Most of the criticism is about American cheese being in a tube form or things being sweeter than they really should be. Not everyone’s taste is the same. But these guys are roasting American food with no mercy. Scroll down to witness more.

11. Somebody give this man a pinch of salt

12. Next time you visit America bring a lot of Australian food with you 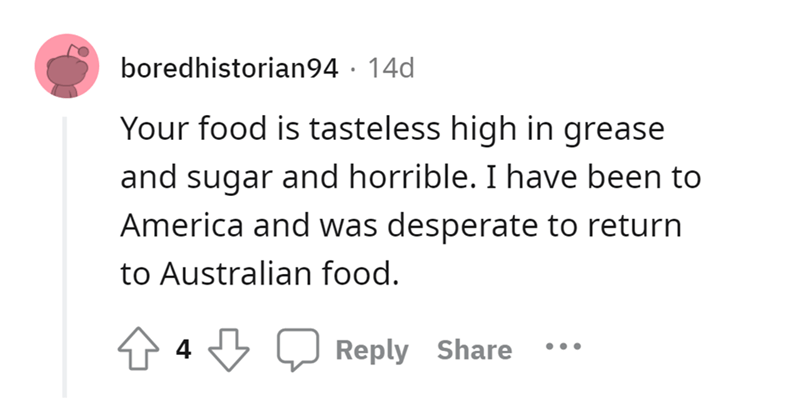 13. I guess that’s the reason America has a high rate of obesity

15. This man got some a little bit of positivity for American food 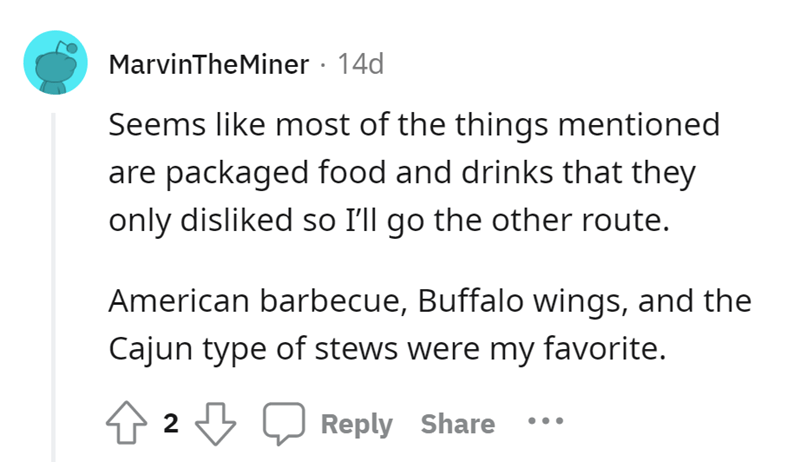 16. American people got a sweet tooth that’s all 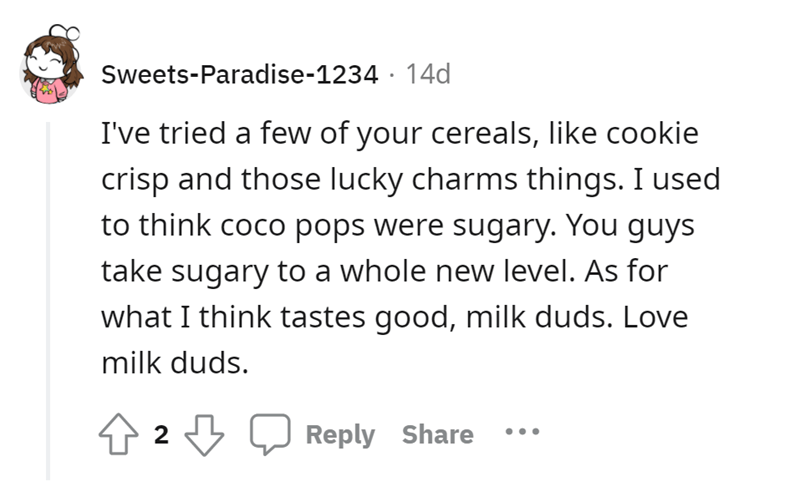 17. I thought CocaCola was same all over the world 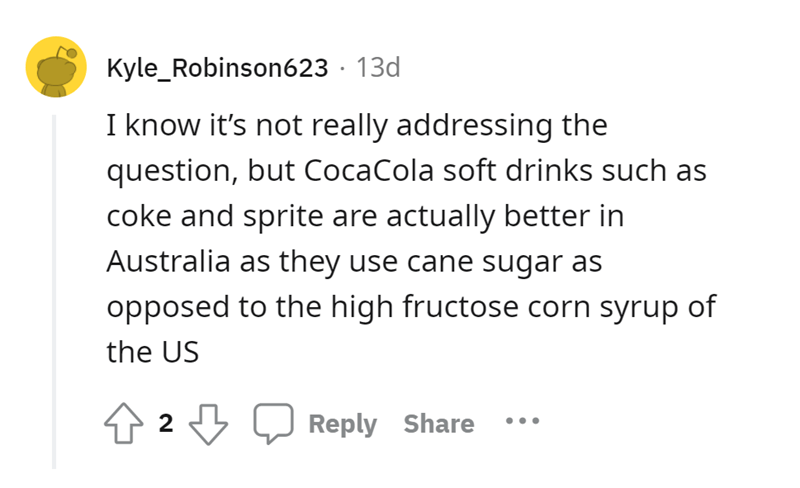 18. That’s the reason why Americans are so sweet

These people are hating American mostly for being too sweet and tasting weird. And how can they not? Food is supposed to make you feel good, not to make you regret your decision of buying it. The reason why these food has soo much sugar is simply that American people love sweet things and food companies know the nature of Americans. Moreover, we all know that sugar cravings are not easy to break. It is also important to note that consuming a large amount of sugar can have an overall negative effect on human body. It can cause many diseases such as obesity, diabetes and other health problems which can further develop into fatal disease. What do you think about American food, do you find it absurd too? Post your thoughts in the comment section below, we would love to hear some crazy stories, specially if you are not a native. Don’t forget to share.