This babysitter had had enough.

Babysitting is a real challenge. In a layman’s words, a stranger is basically paid to become the parent of a child they don’t biologically own. I know I just made it sound a lot weirder than it was supposed to be, but it is what it is.

People often think the hardest part of a babysitter’s job is the kid itself, taking its care and facing all sorts of tantrums but that’s not it. Often the toughest time given to babysitters is by the parents. There are parents that take the babysitters right at the edge and make them regret a lot of choices that lead to that particular situation. This one Redditor, Electronic_Professor, had to go through this parent headache that we just talked about.

This Redditor once had a babysitting client who had no regard for punctuality or effective communication whatsoever. You can guess the type of drama that would’ve led to. The mother whose baby the Redditor had to babysit would be late to home on a consistent basis and would never inform about the lateness either. So no heads-up, just deal with it kinda situation.

Such behavior was slowly getting on the nerves of the babysitter. The final nail in the coffin was the fact that one time the mom was so late that the babysitter had to cancel their special plans for that evening That did it . They finally decided enough is enough, The whole situation was very confusing so they finally decided to call the police and inform them of the acts of the child’s mom.

Electronic_Professor also turned to Reddit, especially the AITA community, and put her case before the members to know whether they really were an asshole for calling the police on their client.

Scroll down below to read the whole story.

1. These are tough times and you need to put in that extra effort for that very important cash.

2. Kinda makes you think if the mom actually cared for her babies or not… 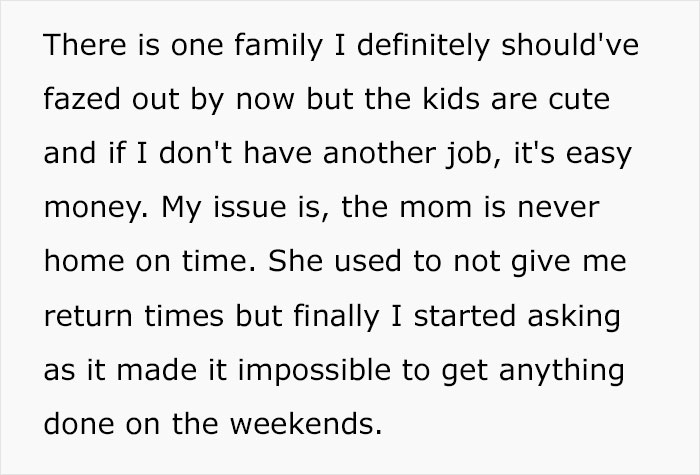 3. There is something fishy about that Mom. What brunch lasts for 8 hours? 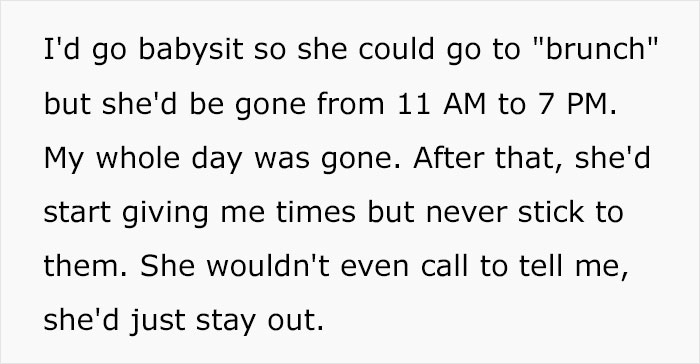 4. I think we can all make out what happened next. Poor, babysitter. 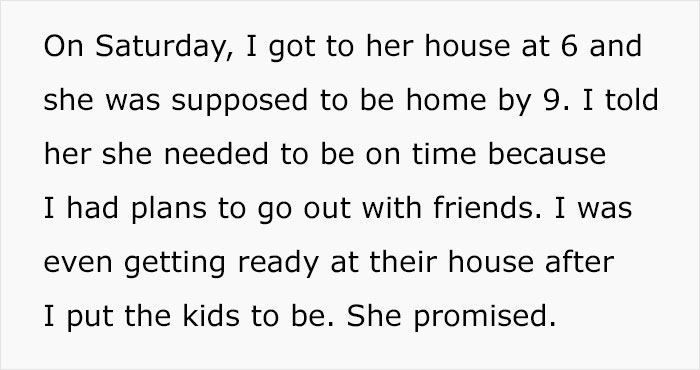 5. That would make anyone angry beyond belief. 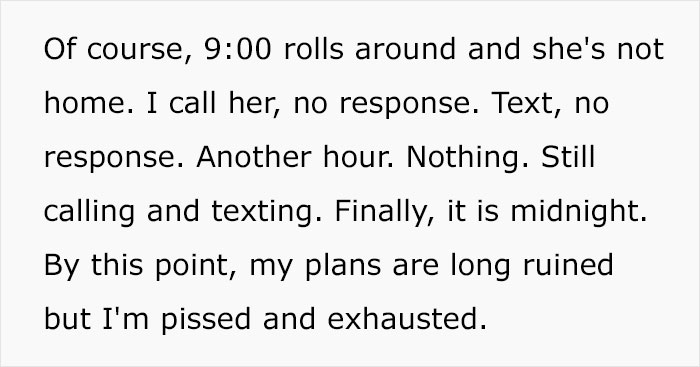 6. So we can establish the mother does not care about her kids. 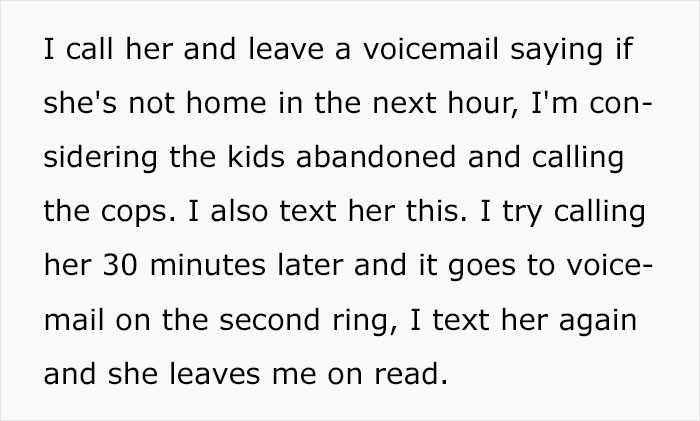 7. That woman got given way too many grace periods. The babysitter was left with no option but to call the police. 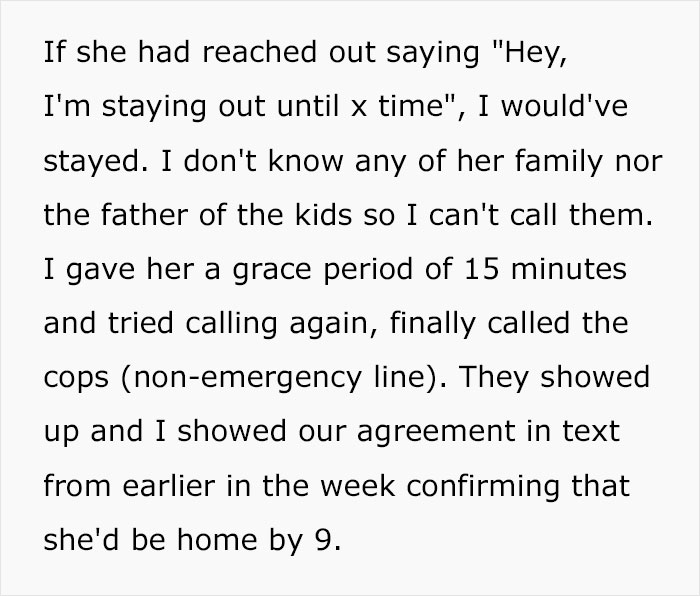 9. Dealt with the situation exactly how it was supposed to be dealt with. 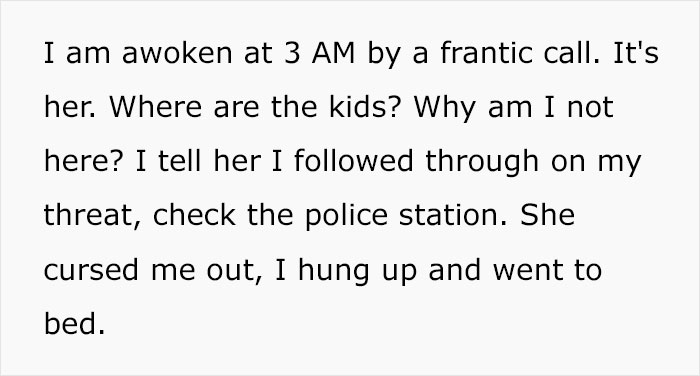 10. I am currently laughing my ass off on this so called Mom.

11. Hmm, I am sensing a Karen-isc behavior here.

12. A counterargument was posed by a friend of the babysitter to make them ponder.

I am not sure what Electronic_Professor’s friend was on for saying they should’ve stayed till the mother returned. That woman, who should’ve prioritized her kids at the first place, left for God knows what, ruined the babysitter’s plans, and went on to bash the living hell out of the babysitter for doing what I personally believe was the right thing. They were already very patient about the whole situation and care of the kids in her heart kept making them more and more in hopes that the mother would come home. But everyone has a breaking point. No one has the right to through their work or burden on another. So calling the police was the best and most sane action that they could’ve taken in that situation. They didn’t abandon the baby and left only when the police took the responsibility for the kids.

So here’s my verdict: NTA!

There were Redditors who wanted to know more and Electronic_Professor gave them the additional information they asked for:

Ignored the babysitters’ calls, such a smart move. The kids could’ve been in a medical emergency. 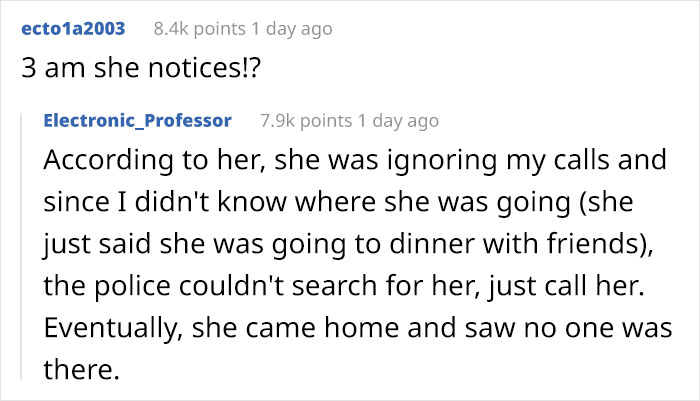 When you pay someone to take care of your baby while you are out doing God knows what, it is also their business.

The Reddit community was quick to get involved and here’s the final verdict: 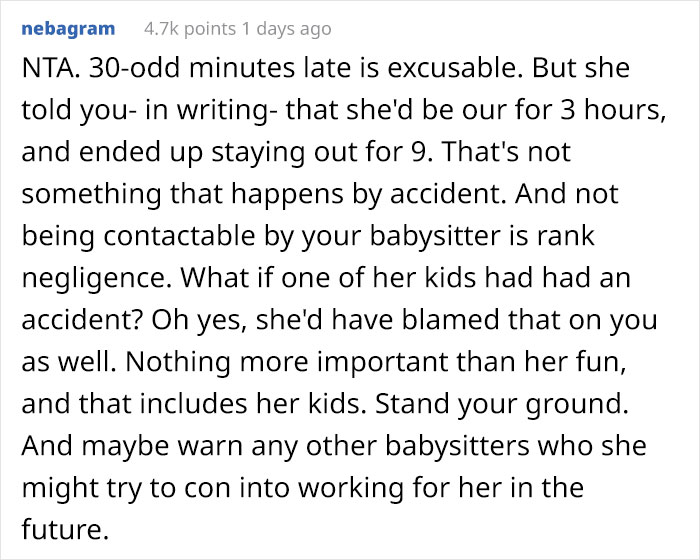 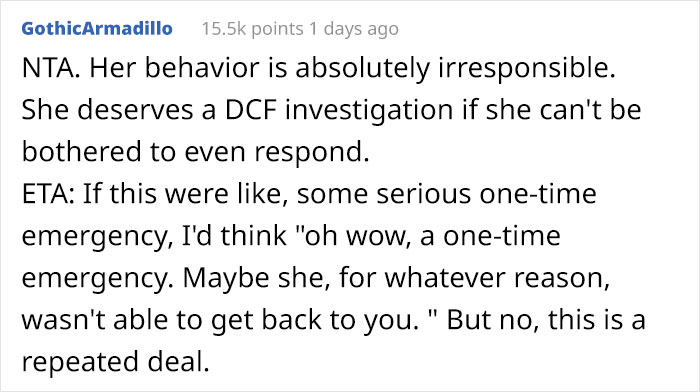 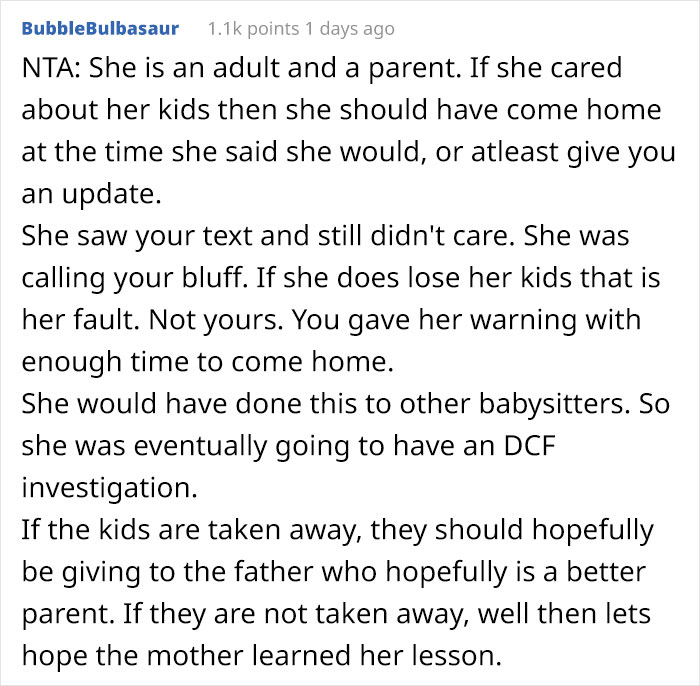 The Reddit spoke up and the collective verdict was that the babysitter was not an a$$hole for calling the police on a highly careless client.

What do you guys think? Do vote AITA or NTA in the comments section down below.