It always feels so joyous to watch someone glow up over the years.

The best way to put a big smile on someone’s face is by showing them pictures of our very own animals before and after their adoption. The results would literally surprise you. Some animals look unrecognizable, not just based on how their looks change but how their personality evolves. They become more open, accepting love and affection and the whole trust factor starts making sense for them again as they become part of their family’s forever home. After all the love and trust that these adorable animals rightfully deserve changes them. You could call it one of the best transformations humans have seen and we will prove that to you today.

But given this one reality wear amazing people go on to adopt an animal and give it a new happy chapter of life to cherish, people who actually support ‘adopt don’t shop’ the sad reality of animal abuse still exist. It cannot be ignored given how large the magnitude of such happenings, unfortunately, is. These poor animals who were once somebody’s pets get abandoned for very pathetic reasons, it’s basically the commitment that hurts them and those poor animals have to face it all Along with the stray animals that get rescued, the animal shelters are overpopulated with animals. They forcefully have to take the “euthanization” route but we as a community can actually help solve this problem, it’s really not that hard. Can be done by adopting those animals giving them the happy life they deserve, give charity for the creation of more and huge shelters and sanctuaries to keep the animals safe. The point is, there are countless ways we just need to take that step and I believe this problem of animal abuse will soon be eliminated by the efforts of those who are hopeful.

Today, we’ve got some life brightening images of before and after adoption pictures of animals. Trust me, the glow up that all these animals get just goes on to show that the power of love cannot be exceeded by any other power in this multiverse.

Alright, enough talking let’s get straight to the wholesomeness. These are not just pictures, they are proper stories! 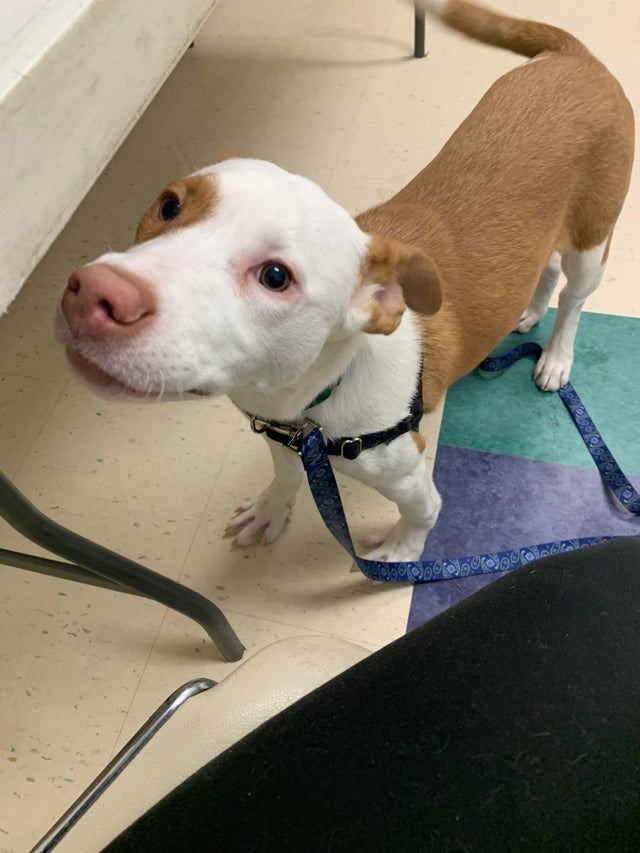 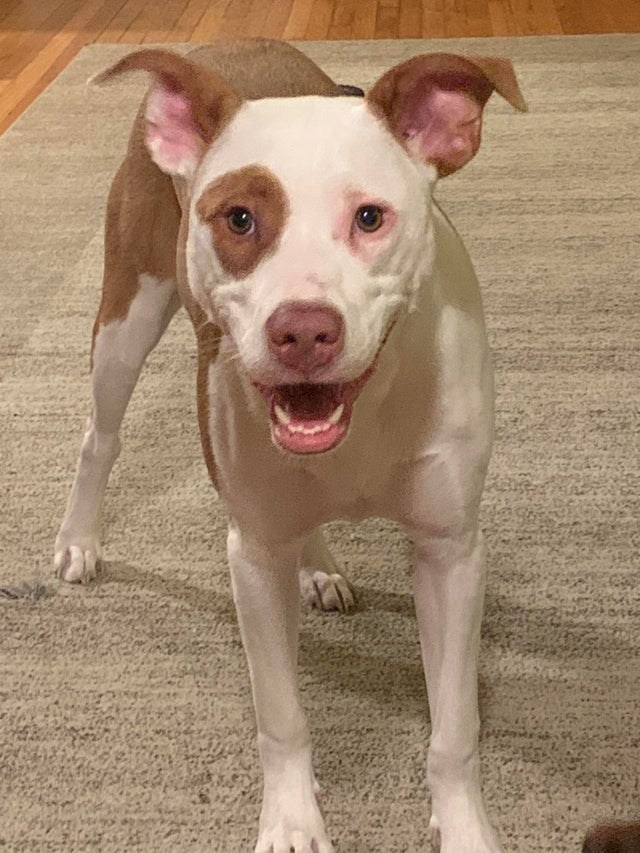 If loyalty and trust had a face, this would be it.

3. “From shelter kitty to working from home buddy. What a difference 1 year makes.” 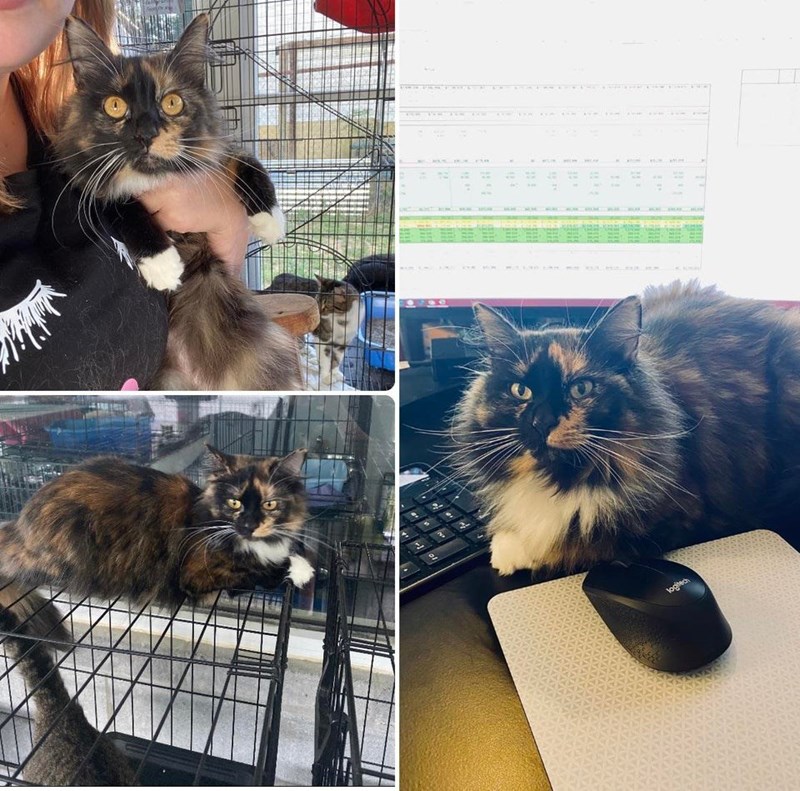 From being terrified of human contact to not moving out their sight. A perfect transformation, that’s what it is.

4. This picture is from the day this great family rescued this little adorable kitty from a dumpster… 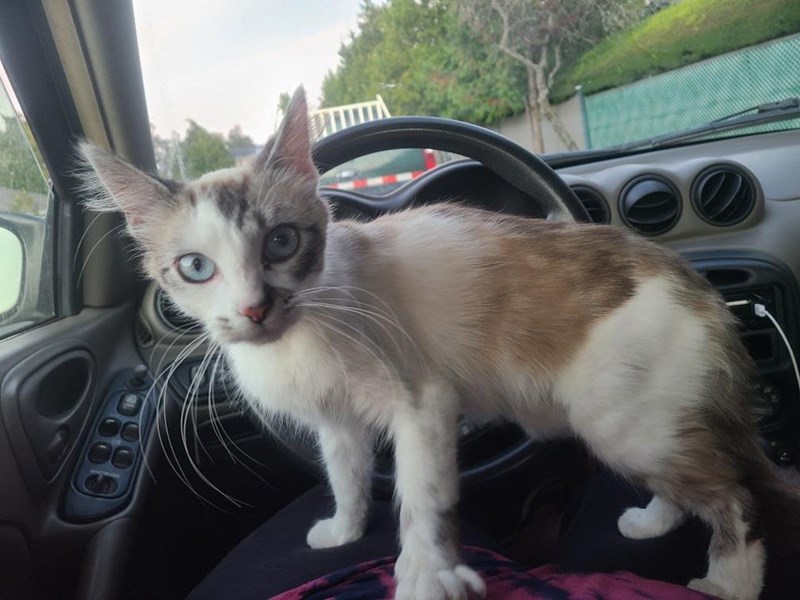 5. This picture is of the same floor enjoying her life to the fullest.

Life is way too uncertain. 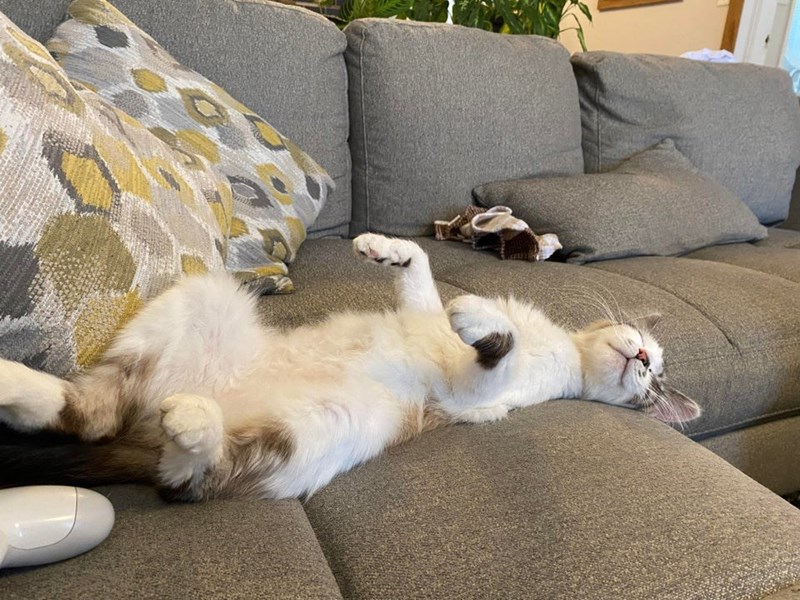 If she was purposefully put in a dumpster, I hope whoever did this lives in one now.

6. “She was terrified of everything and everyone [when this person adopted her]… 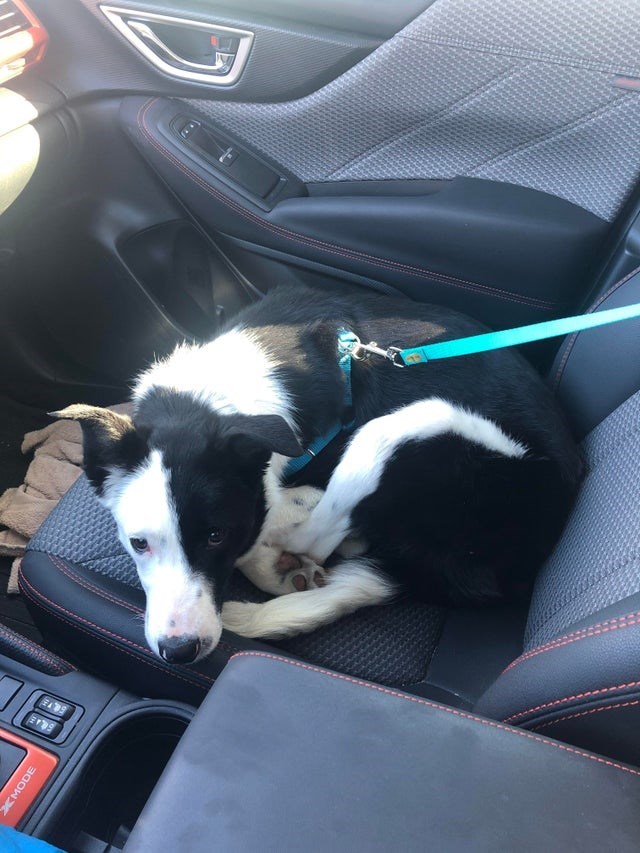 7. …Nine months later and she the happiest and confident pup I know.” 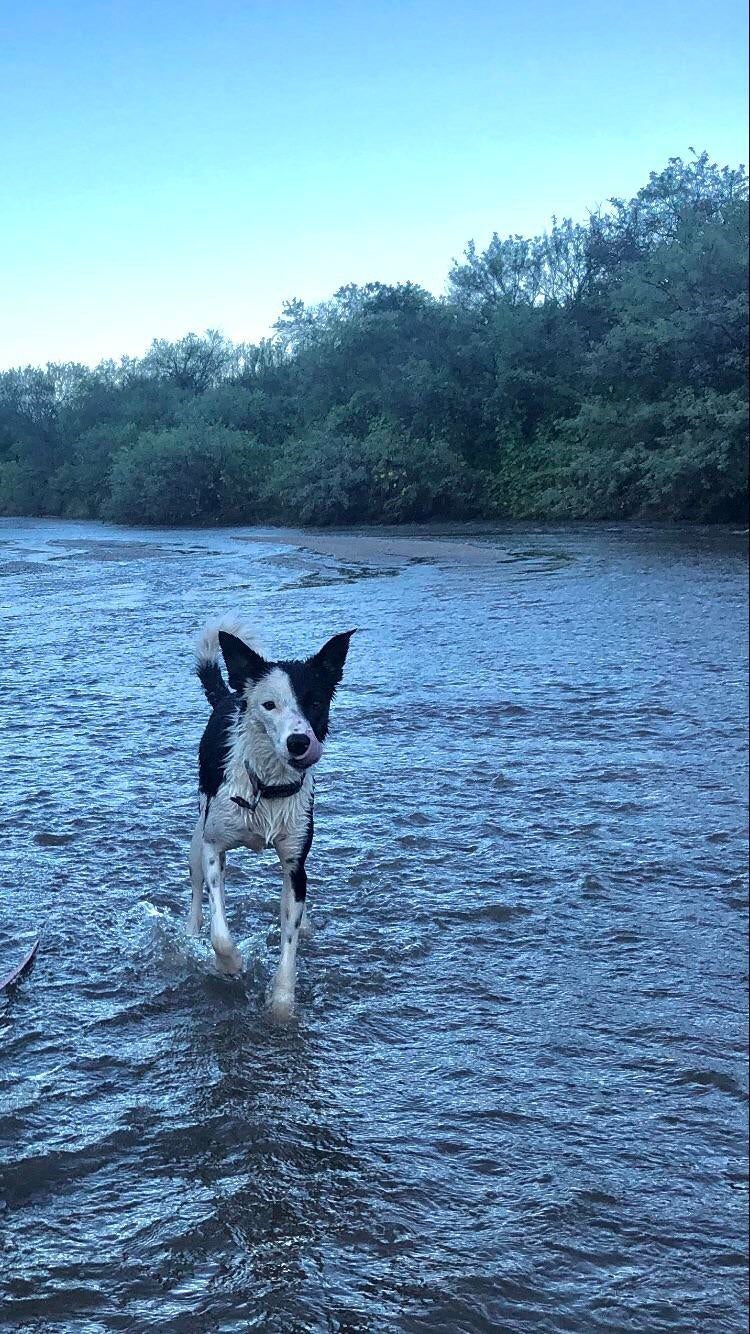 Confident enough to walk on water. We love such glow ups!

These images man! The first one fully shatters your heart and then the second one suddenly patches the whole thing back up. It’s a proper roller coaster, am I right? I just want all the animals on this planet to do what they will and just be happy and feel secure. That’s it. Together as a community, we can do it.

Scroll down below for some more before and after adoption animal glow ups. 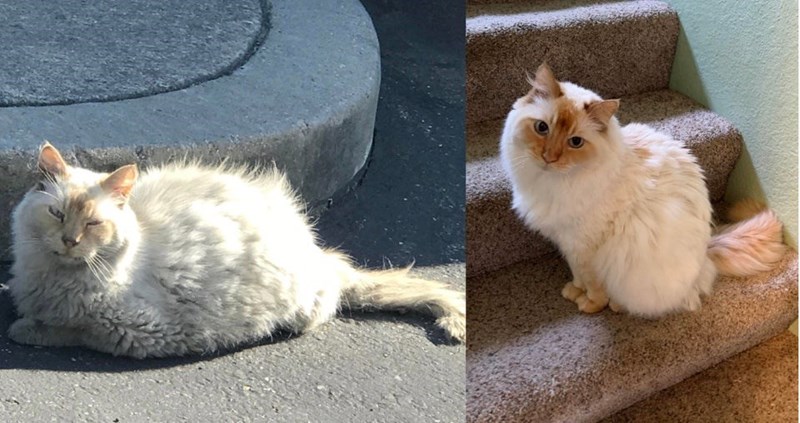 Just look at that transformation. It does make you extremely happy but at the same time, the whole thought of what that innocent life had been through makes you equally sad as well. I wish this kitty the best of luck, Its time has come.

9. This family lost their boxer very suddenly one day. After 6 tough weeks, they finally decided to find a new addition for the family and this is who they got… 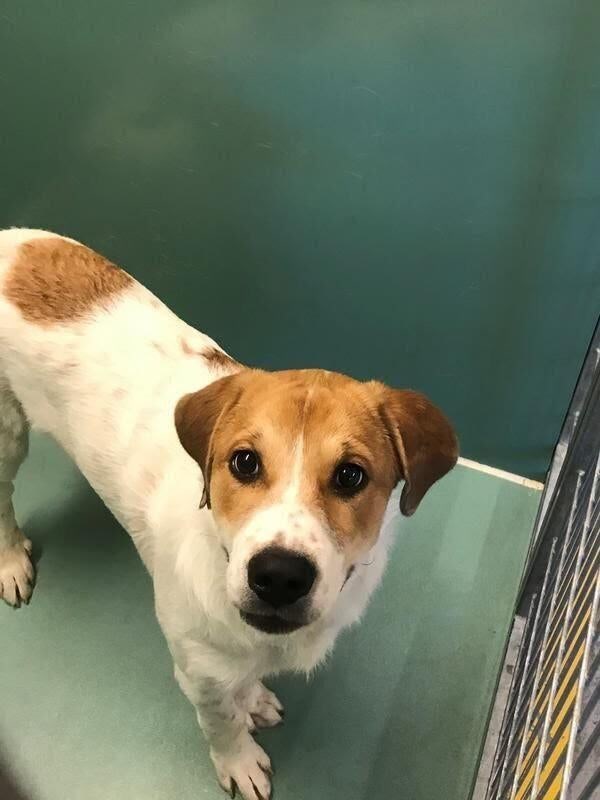 10. …He was a city stray and thankfully wasn’t in a rough shape… 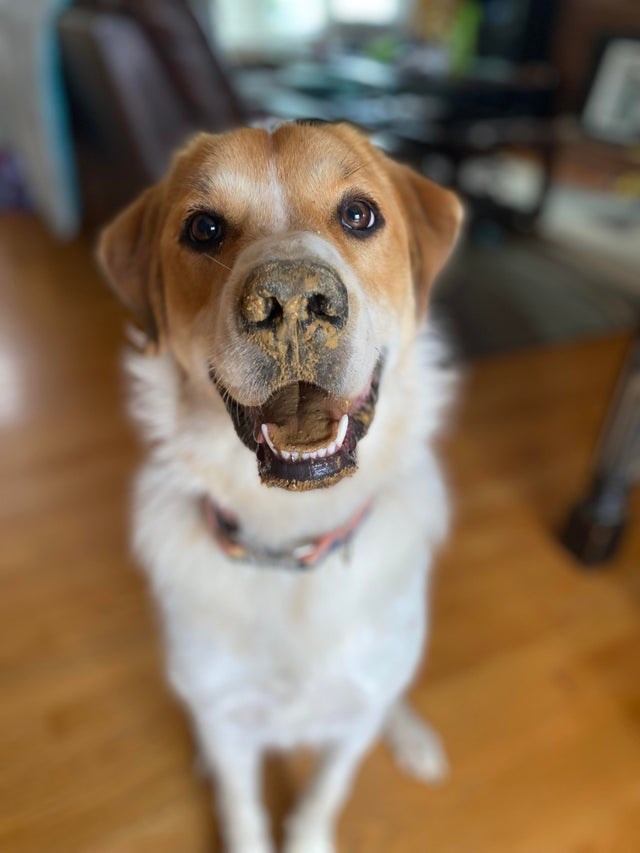 11. …Looks like the whole adoption thing suited him very well… 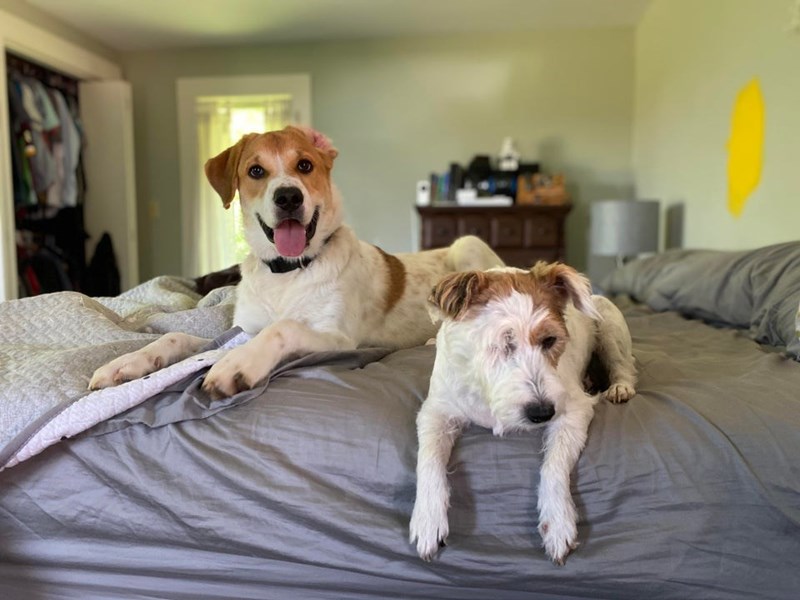 12. …Because according to the mew hoomans, he is absolutely enjoying the country life. 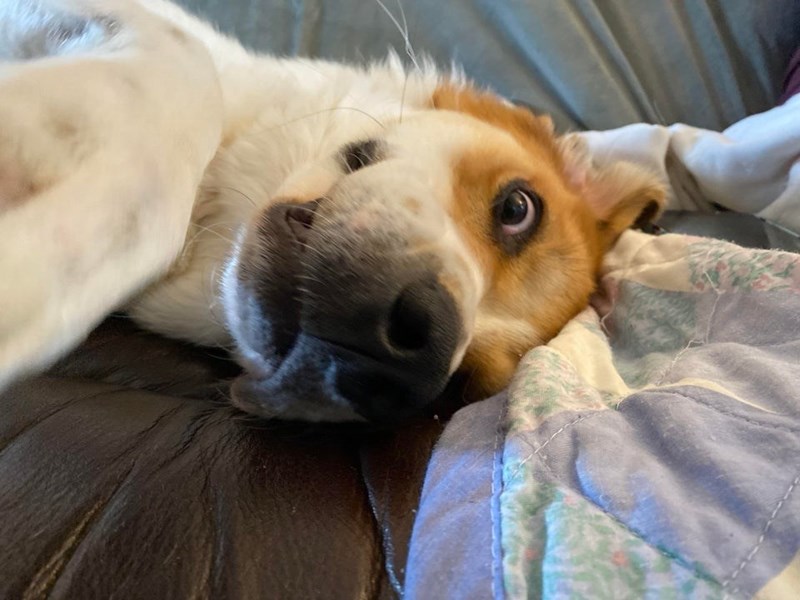 I am really glad the tough days are over for both the family who lost their boxer and this doggo. Together, they are going to spend some of the best days of their lives, for sure!

13. “Before and after being adopted after being rescued from Hurricane Harvey. She still gets spooked sometimes… 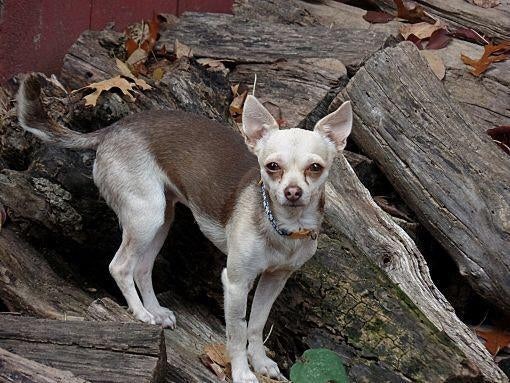 14. …but she is happier and stronger than ever” 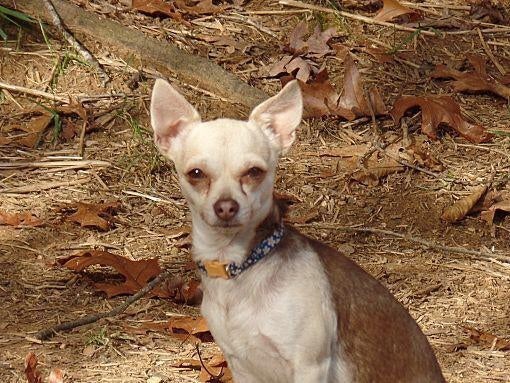 Aww don’t worry little girl, we are sure you are in good hands now. Fears are nothing over the will and we promise one day we are going to see in the list of “most confident dogs on this planet.” See you soon.

Just keep showing love to any animal you see. It really doesn’t take much. These innocent souls deserve to be cared for and that’s all I know.

I really hope you guys enjoyed these glow ups. I was getting so gassed up when I saw all these pets at their forever homes. Share your thoughts in the comments down below.