I rate all the dogs in the world.

There is not a single dog on this planet that can’t be tamed. Do you guys know what they require for that rock heart shell, if they have one, to break? Try guessing, it doesn’t cost a dime. The answer is; love. Not just dogs, any animal in the world will love you forever if you decide you are going to live with them happily, like a friend. And yeah, I don’t really need to say this appreciation, dogs absolutely love that. The factor of recognition is so important, even for us humans. Acceptance motivates us to reinforce the same happy behavior. No amount of love is every enough so be sure to just open that tap and forget that you will ever close it.

There’s a Twitter account that rates dog the way I have just mentioned. @dog_rates is the place for you if you’re looking for both endearing and funny dog energy at the same place. Dog Rates has over 9,000,000 million followers. Be sure to follow them and become part of the big community if you want to see pawdorable dogs day in day out.

We’ve compiled some for you gives to enjoy here right now. Scroll down below for some doggo goodness! 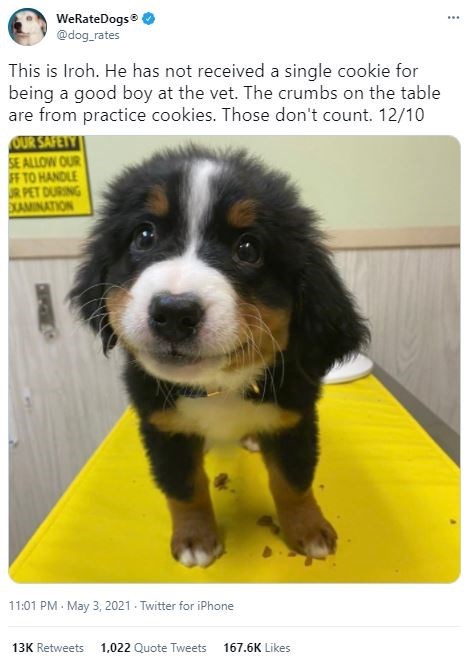 Iroh! That name though.

2. Just look at that peaceful face. Tells you a huge story. 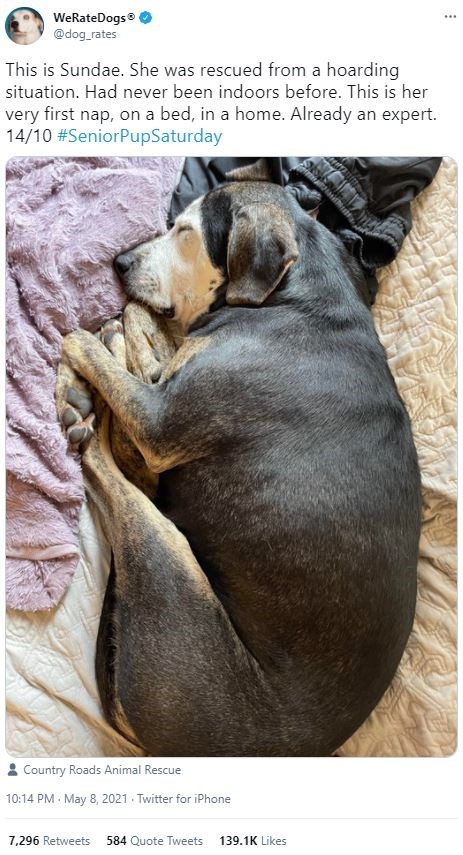 3. The grills are on. Now it’s time to release the craziest rap album in the world. 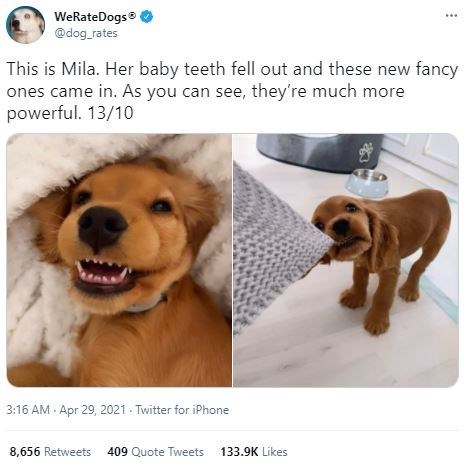 Imagine this cute baby trying to look angry. I wouldn’t be able to control my laughter.

4. I think this rug now requires a bigger rug. 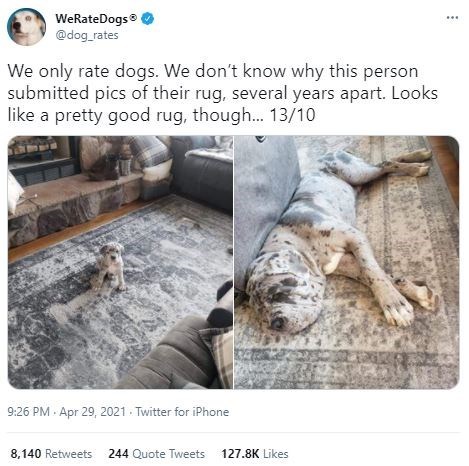 I love these comparison pictures. They look so unbelievable. 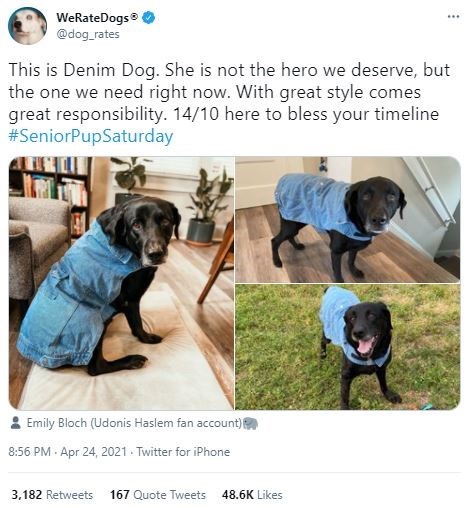 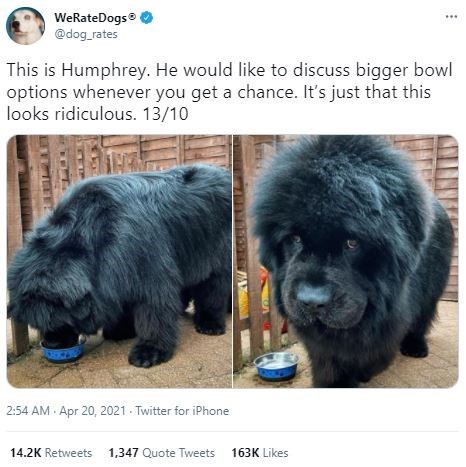 Humphrey sounds like a name the Royal Family would I’ve to their pet dog. 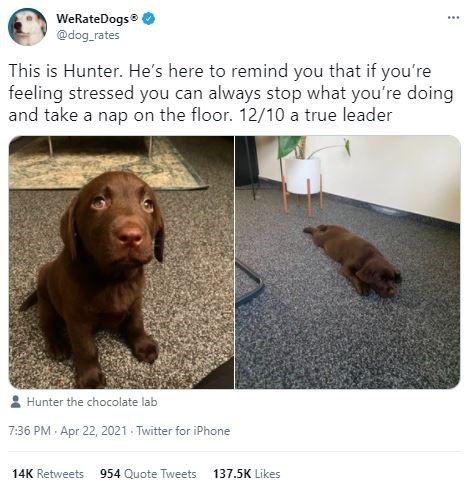 If only the stress triggers just vanished when we’d wake up.

I think all dog rates must be multiplied by 100, that would be a little fair given the level of joy these dogs provide us every day. I love dogs. They are literally the most innocent creatures in the whole wide world and deserve nothing but our absolute best. Only then will they share their secrets of how they manage to steal our hearts with such ease. So get on with it guys.

But before you do, we’ve got some more pawsome dog rates for you to look at so scroll down below to continue enjoying. 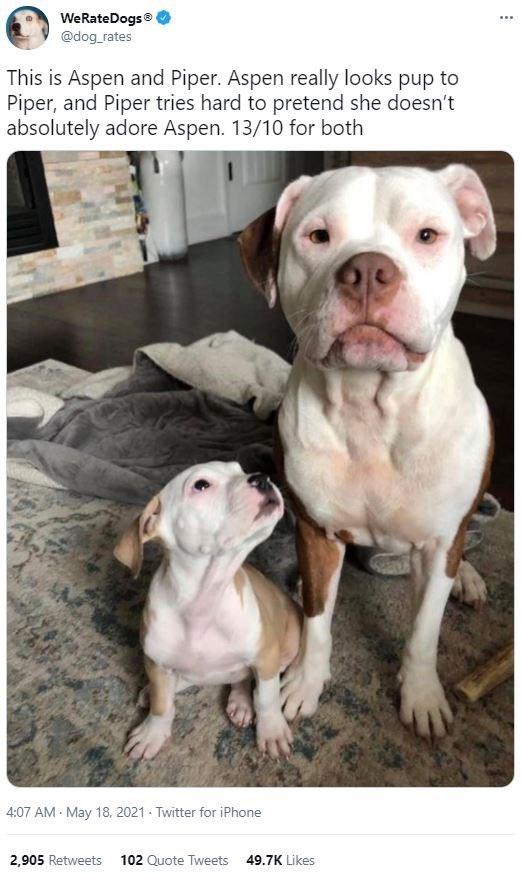 9. “Oh I have waited so long for this. Can we be each other’s pillows from now on?” 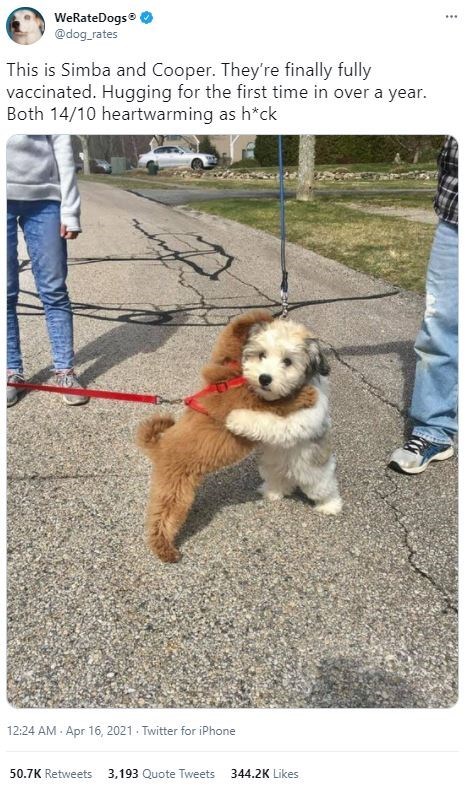 It’s like the hug enchanted them with a lot of love potions. They look so happy to finally hug each other. Dogs are very patient. 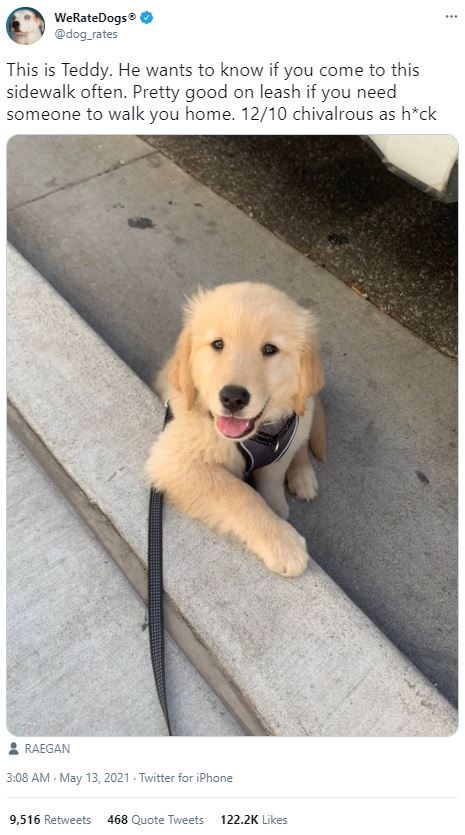 Is it just me or does this pup look like he gets all the female dogs in the town? He fully does! And he knows it. 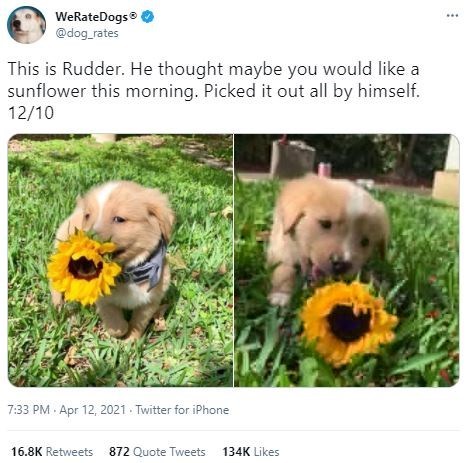 Awe! You really didn’t have to, Rudder.

12. All-Father give me strength for I too want to enjoy my life to the fullest. 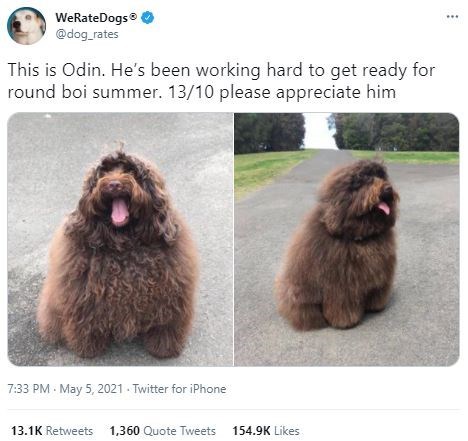 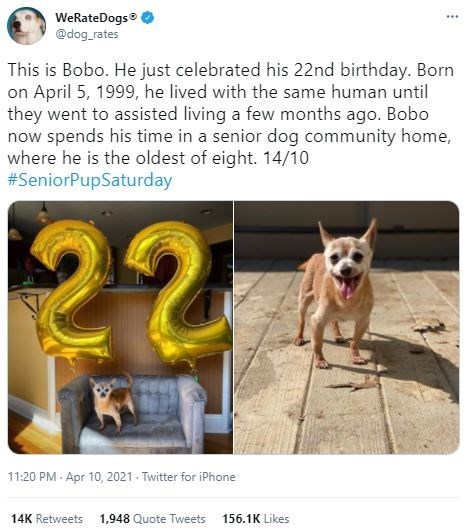 That name, Bobo, fits him so much.

14. Fun over everything. All day every day. 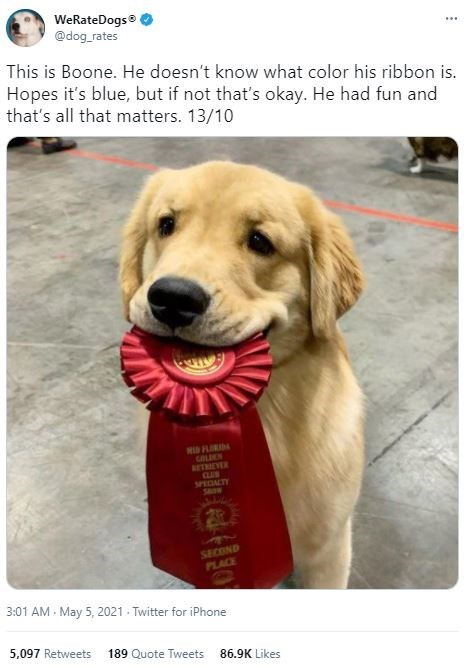 I really hope you guys enjoyed these adorably funny dogs. I fully did. Feel free to share your thoughts in the comments section down below. Speak those emotions out.