Technology and special visual effects are used in movies for a real experience.

We love action, thriller, horror and all kinds of films. The kind of animation, realistic scenes and locations used in these movies have spellbound us to date. Well, do you really think everything in our favorite Hollywood movies and TV shows is real? The answer is “No”. Not everything can be real. Special effects, animation and technology are used to give you a realistic effect on the big screens. Today, we have collected behind-the-scenes from 20 iconic movies that are sure to make history. So, scroll down to see what was going on behind the scenes of your favorite movie scenes.

1. Sean Gunn as the talking raccoon in Guardians of the Galaxy. 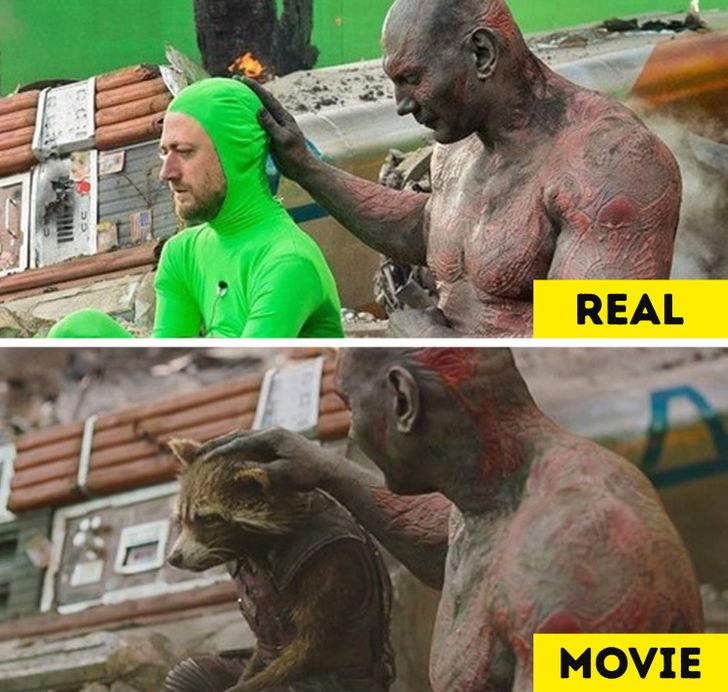 © Guardians of the Galaxy / Marvel

2. Deadpool was not set on fire. 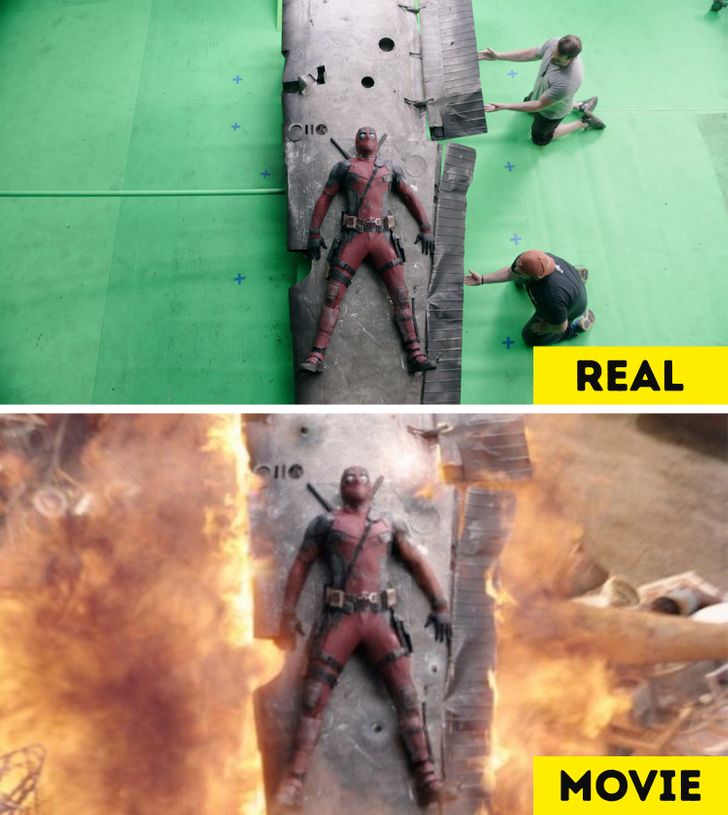 3. The wolf in The Twilight Saga. 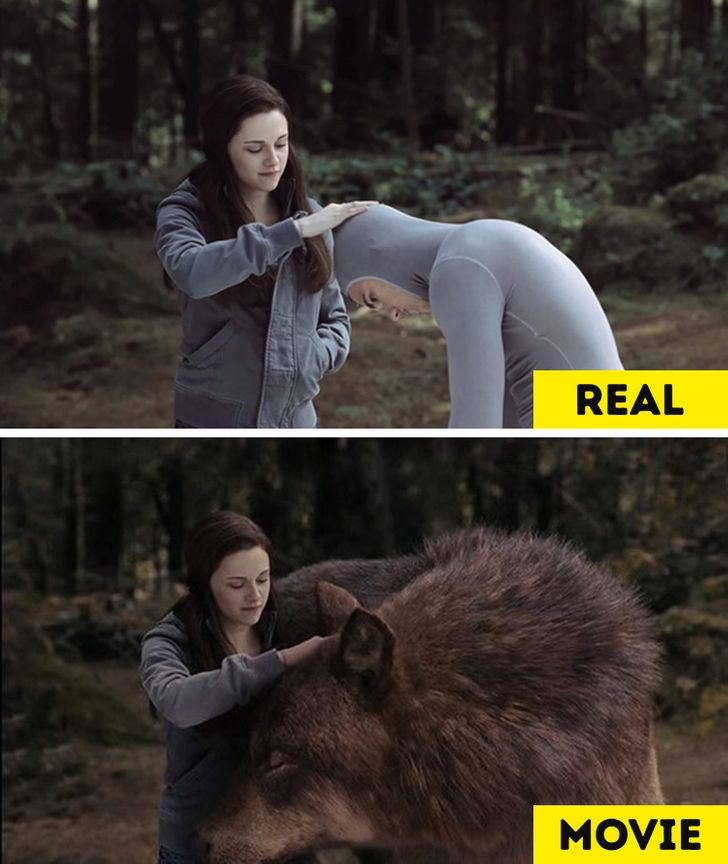 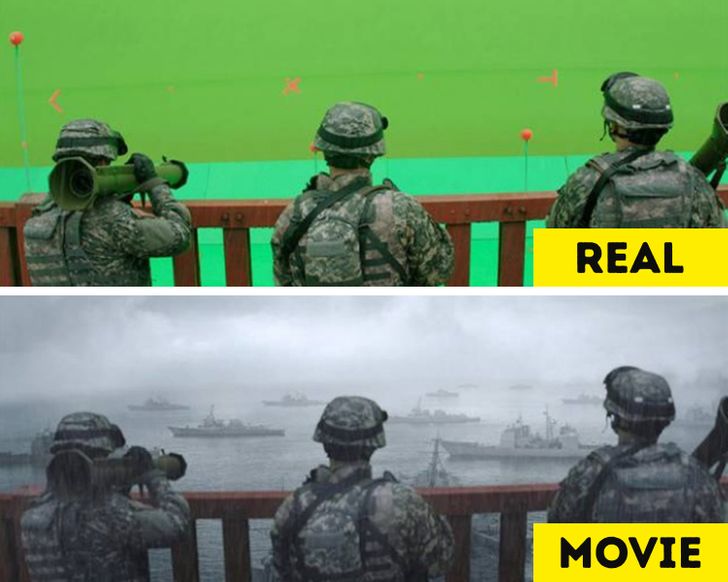 5. How could the movie makers go to Space to shoot the scenes? 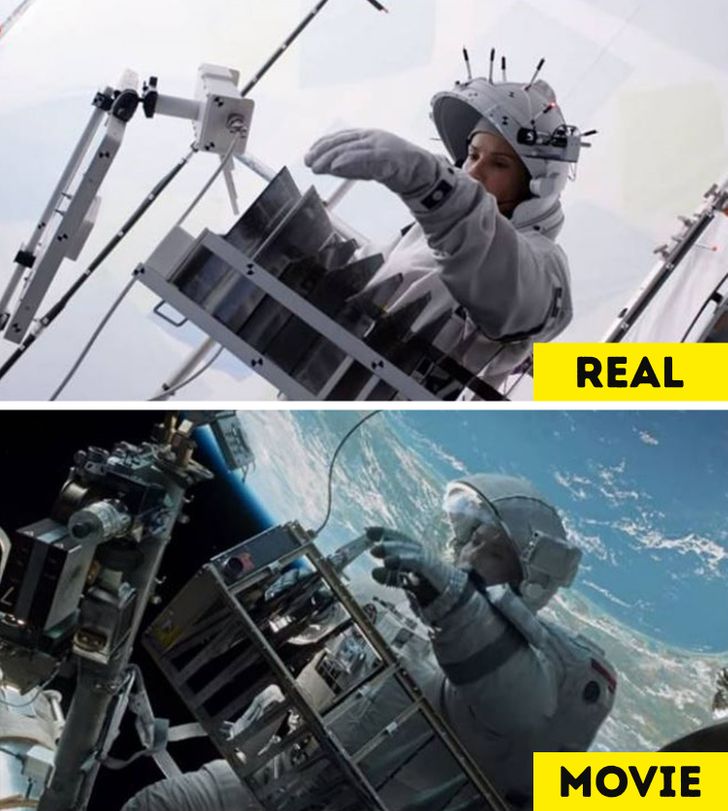 6. One of the scene from Alice in Wonderland. 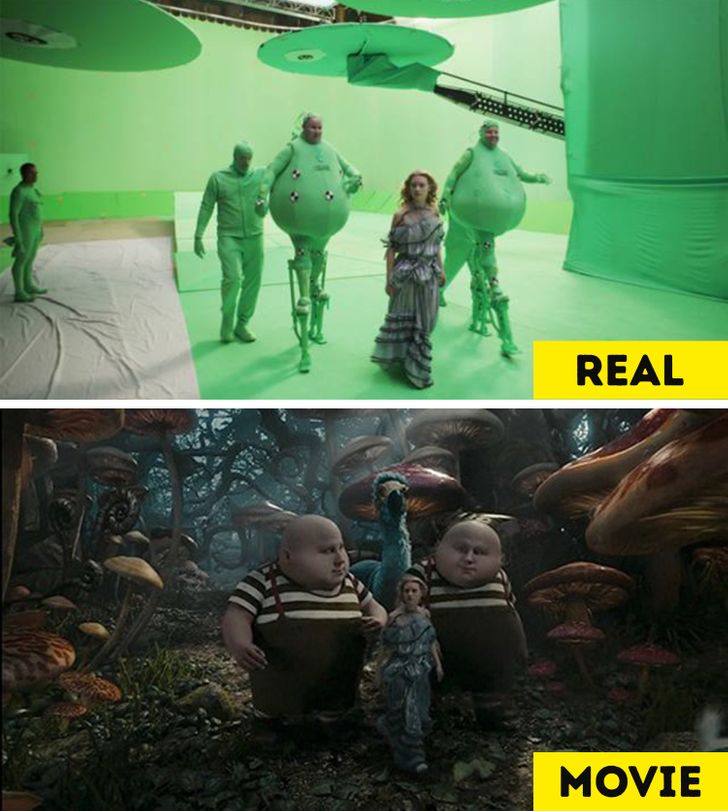 7. You don’t need any training to pet a tiger now. 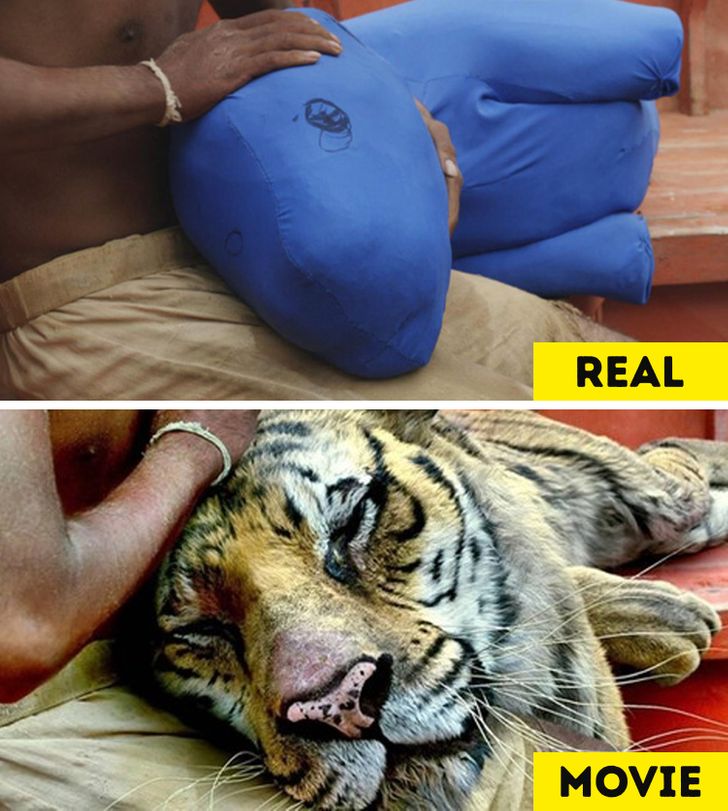 8. Seas shoes and the big ships in Broadwalk Empire. 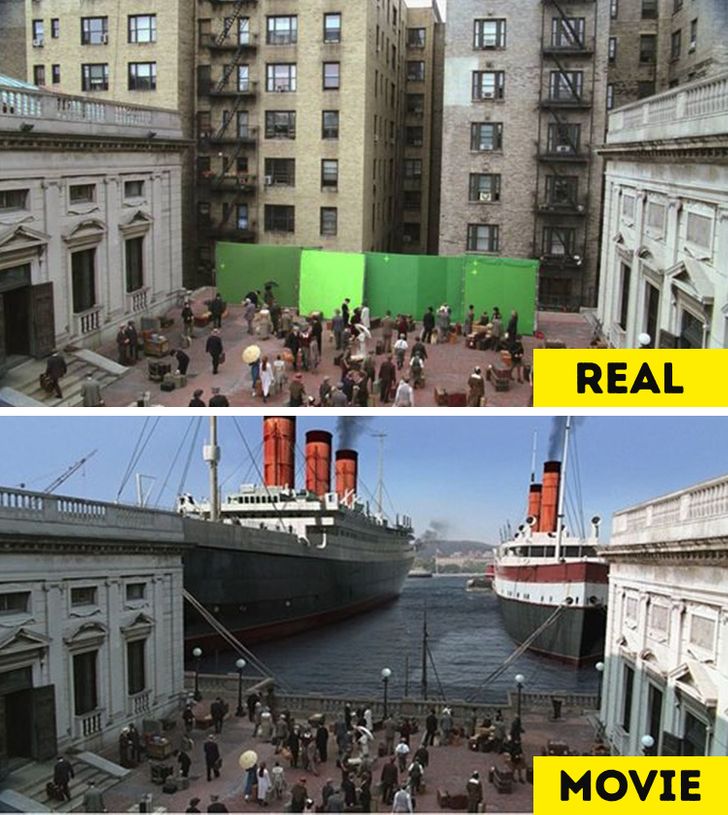 9. That’s how you can have a war with the stars. 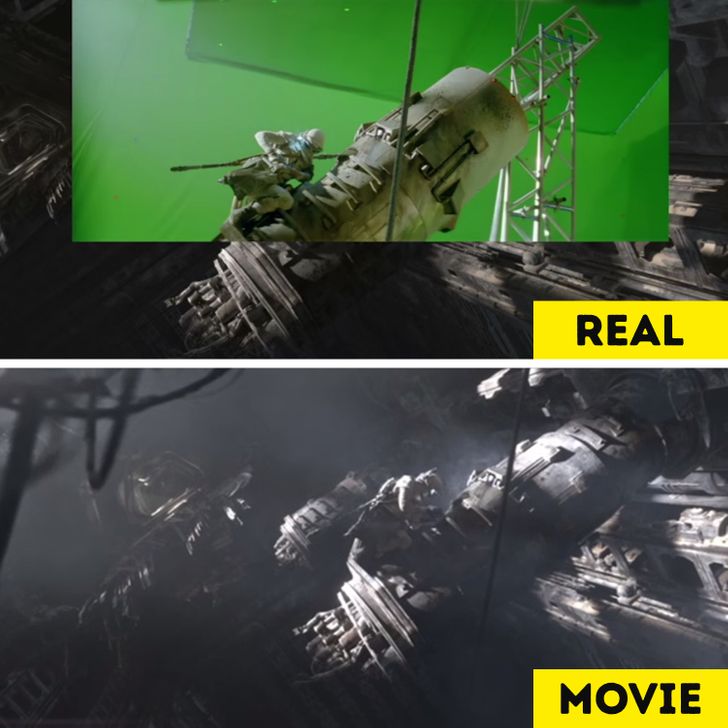 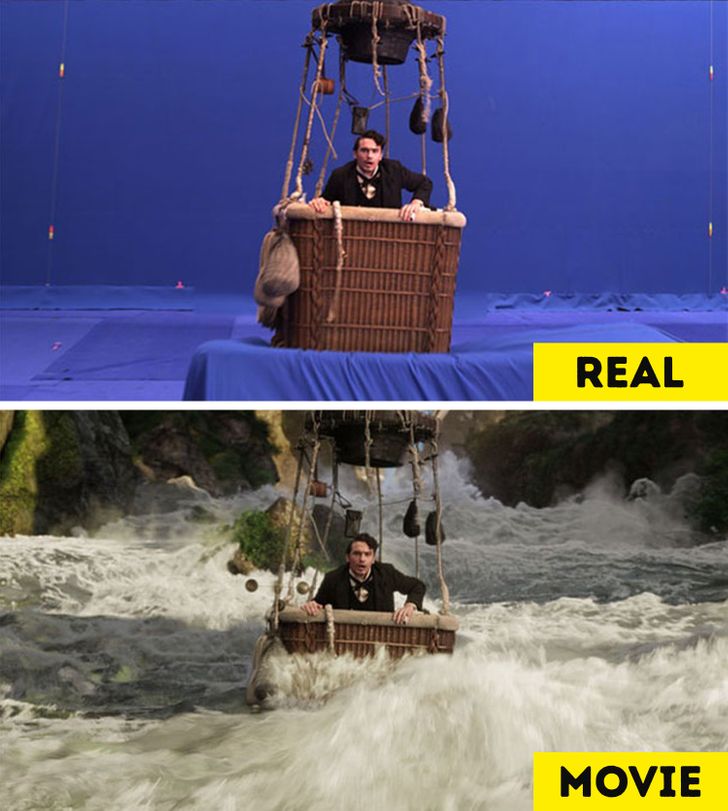 © Oz the Great and Powerful / Disney

Thanks to the special visual effects that have made the work of the director so much easier. The film industry has come a long way and so has technology. Special effects give us a realistic experience and we cannot ask for more. One thing we need to admire here is that these scenes were so beautifully animated that we never caught any mistakes in them. Scroll down for more hilarious behind-the-scenes from your favorite movies.

11. What makeup? It’s all visual effects. 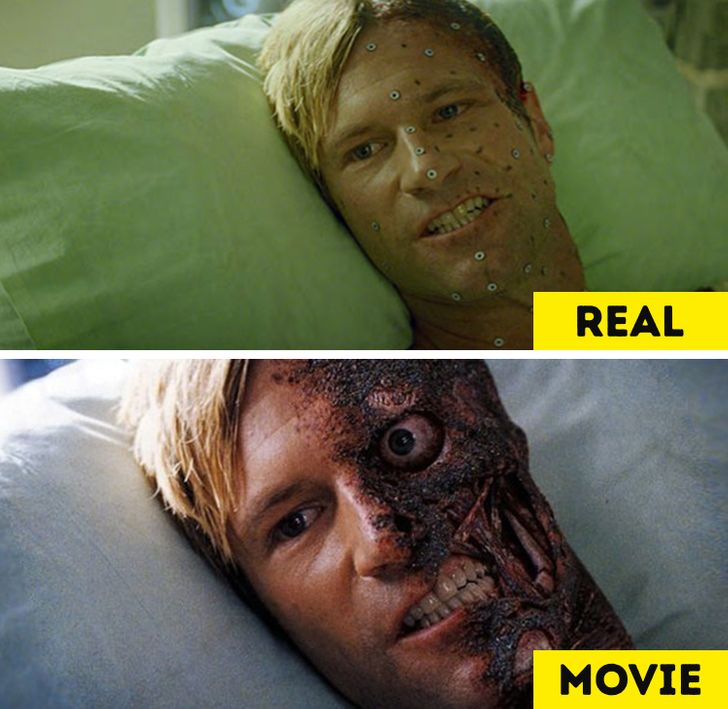 12. The city life in The Great Gatsby. 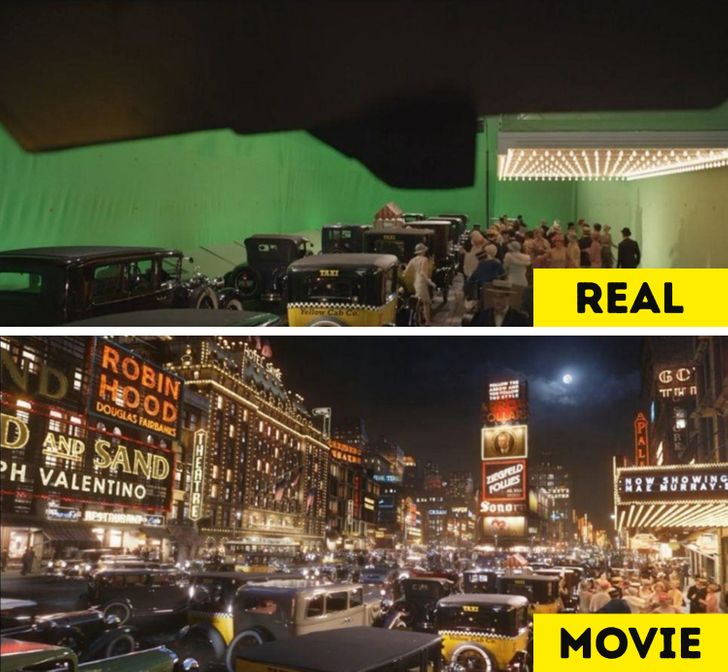 13. In case, you have been looking for this place on Earth: 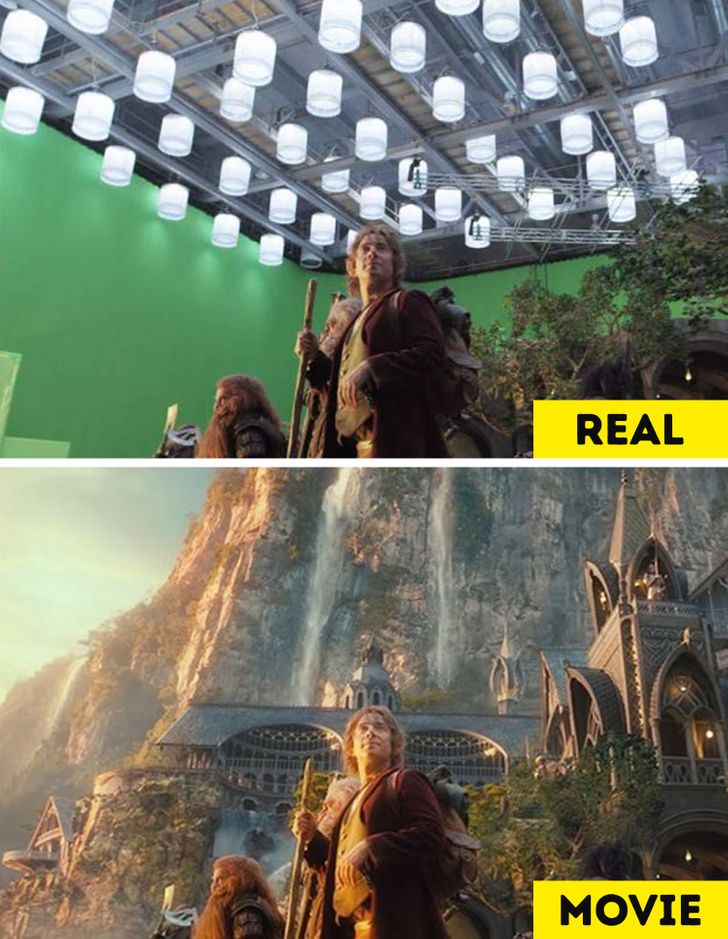 14. This is how these stunts are done in the action movies: 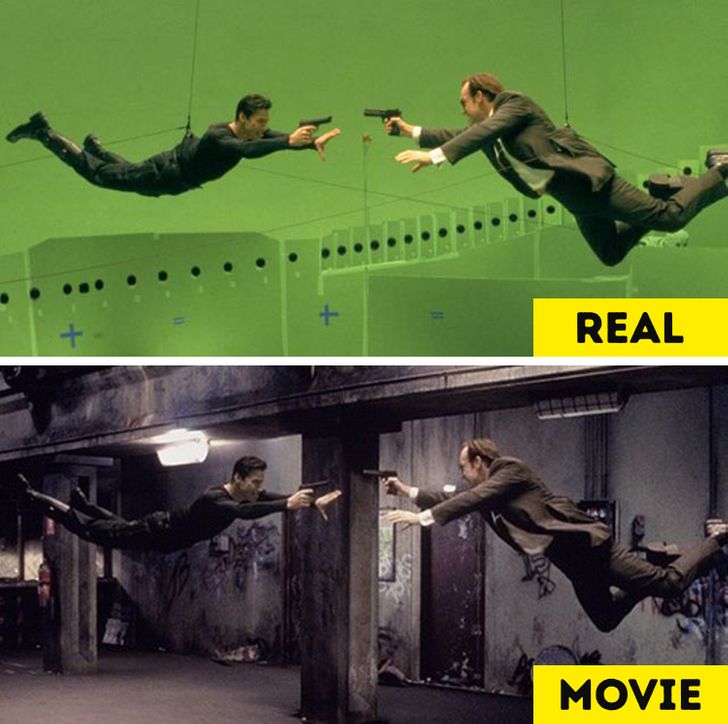 15. That’s how you get superpowers: 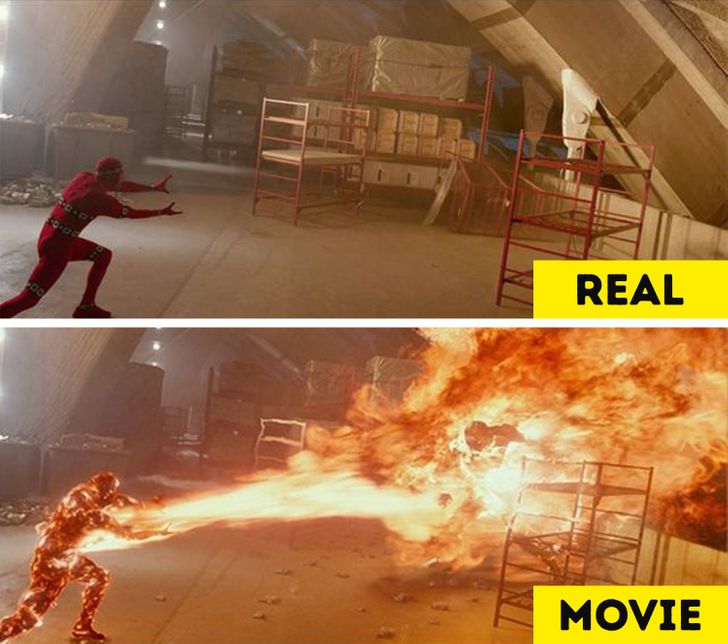 16. The adventure of flying places on a broomstick: 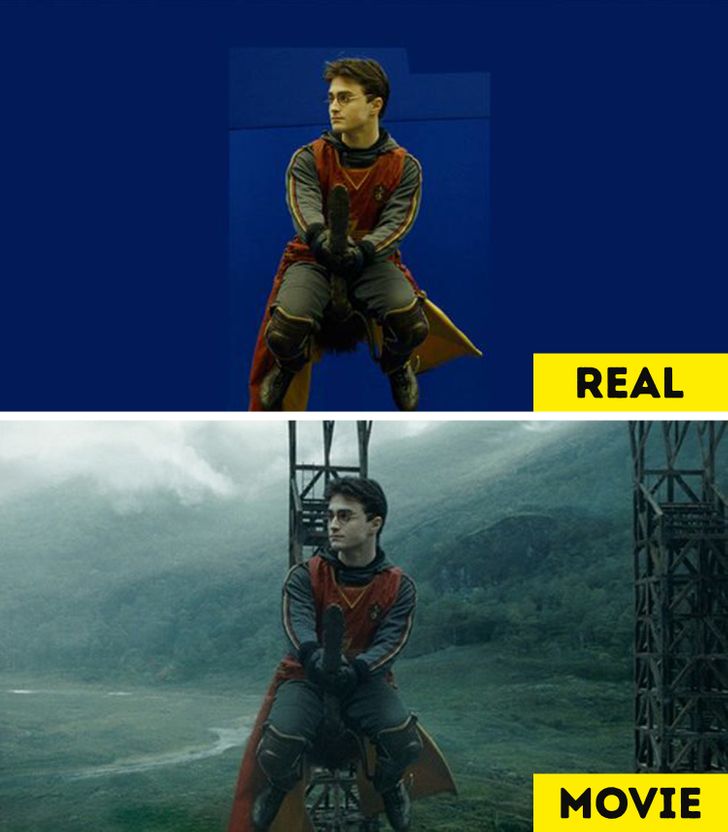 17. Talking turtles can be created. 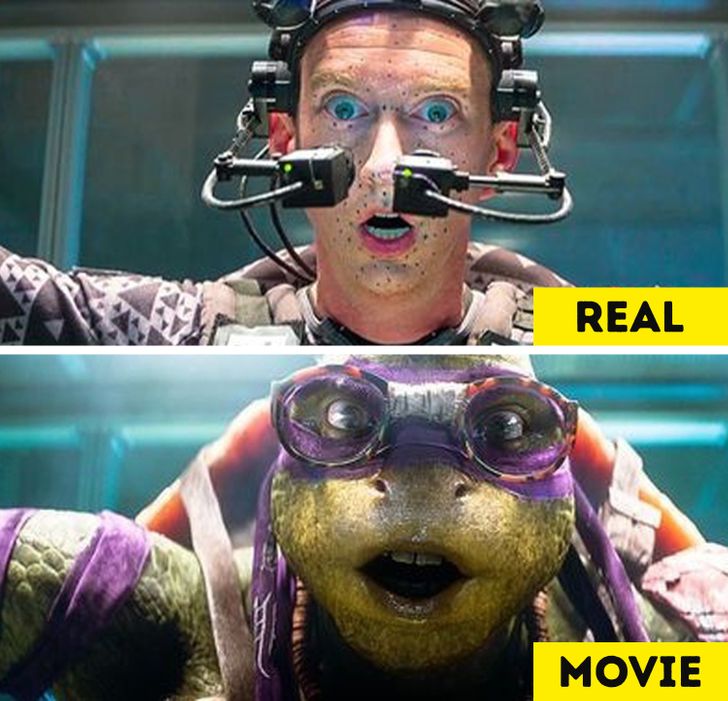 18. Humans have come from monkeys. 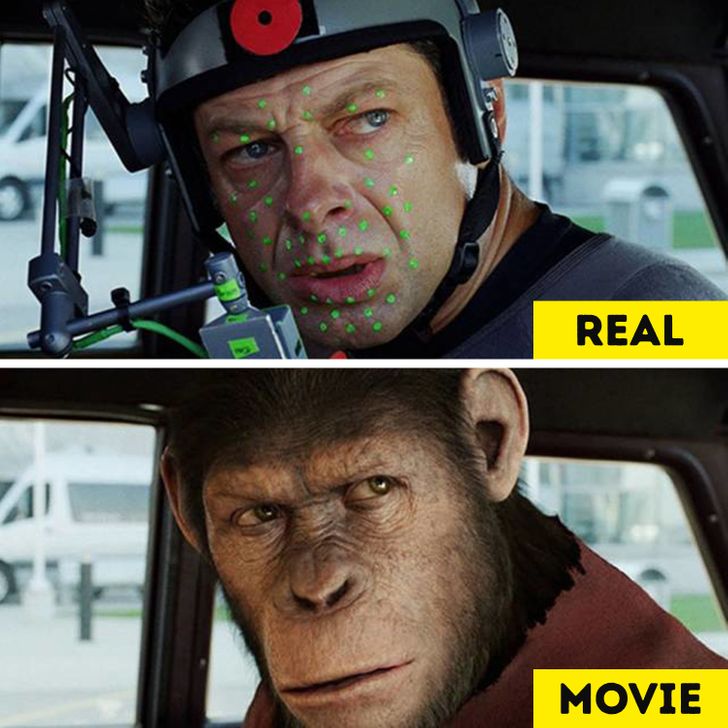 © Rise of the Planet of the Apes / 20th Century Fox 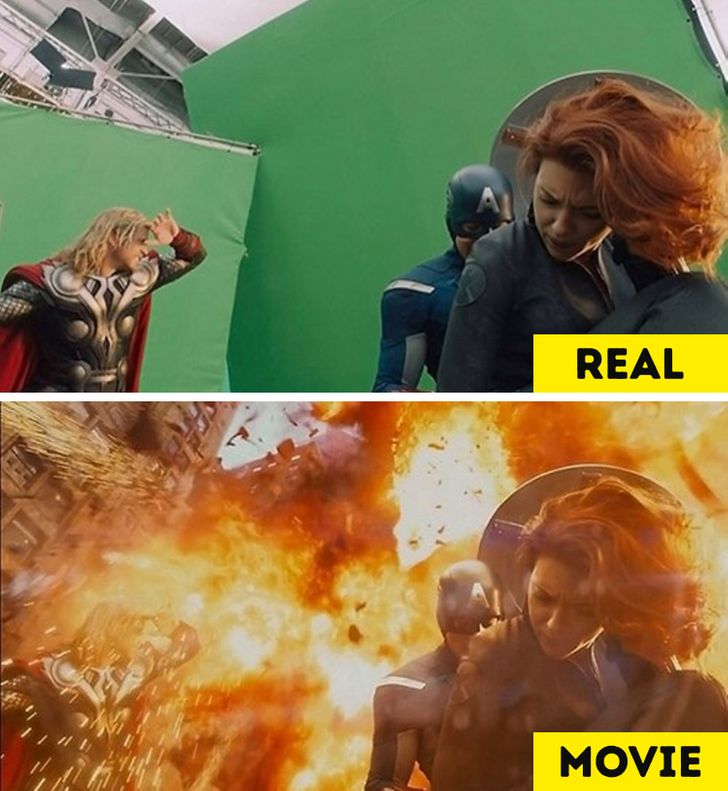 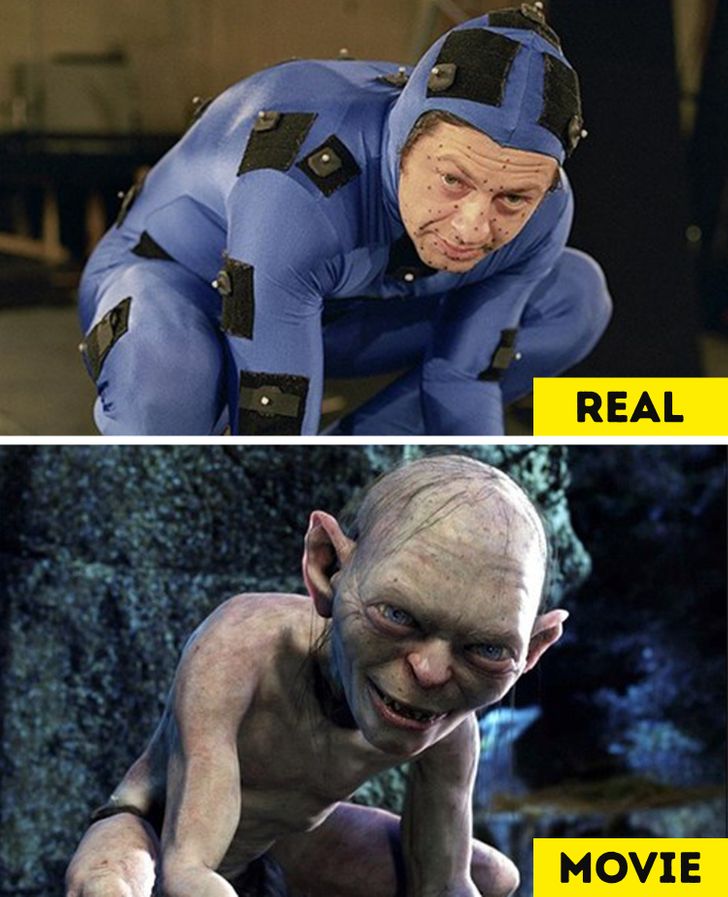 © The Lord of the Rings / New Line Cinema

21. When the crew and the cast were singing: Happy Birthday” to Iron Man. 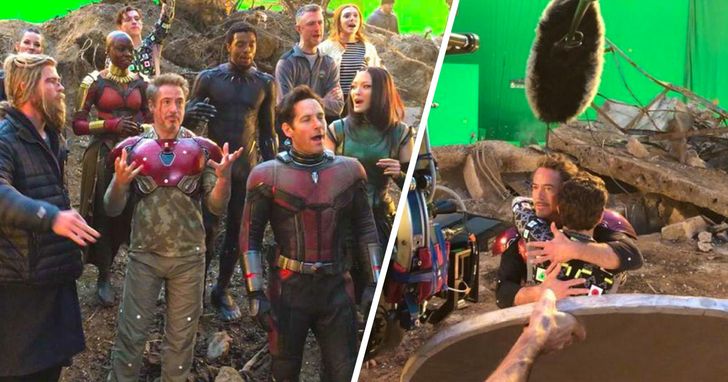 There is so much more that happens behind the scenes. We only get to see some of these and this one is wholesome. Were you surprised to know these scenes were artificially created? Did you enjoy watching the behind-the-scenes from these iconic movies? Comment down to let us know your thoughts!