Commenters on one of Reddit’s fastest-growing subreddits congregated to discuss a viral photograph that one of the members had shared.
Redditor u/mysterioussoup published the image in a thread titled “Proud of Gen Z,” which led to this thread on r/antiwork. The graphic shows two A4 sheets of paper with a message criticizing the store’s Gen Z workers:

I apologize for us closing AGAIN.

My 2 new cashiers quit because I said their boyfriends couldn’t stand here for their entire shift.

The position is probably not something that the elderly baby boomers would be remotely interested in, according to commenters.

“Now hiring baby boomers… for the salary, I paid new-to-the-workforce teens” is sure to bring in massive crowds.” said grobmob. User Ya-Dikobraz replied “Most boomers are retired now. Some of those retired would actually do something like a cashier job. I also feel like they really meant Gen-X, not Boomers. But Gen-X is like the forgotten generation.”

“FFS. I’m a boomer, and the last place I’d work is somewhere with only boomers.” said another user. Overall, it appears that the supposed inventor of the sign is completely incorrect and that the sign is likely a symptom of a toxic employer.

1. I wonder why the boyfriends decided to stand the entire time, Gen Z has some real energy 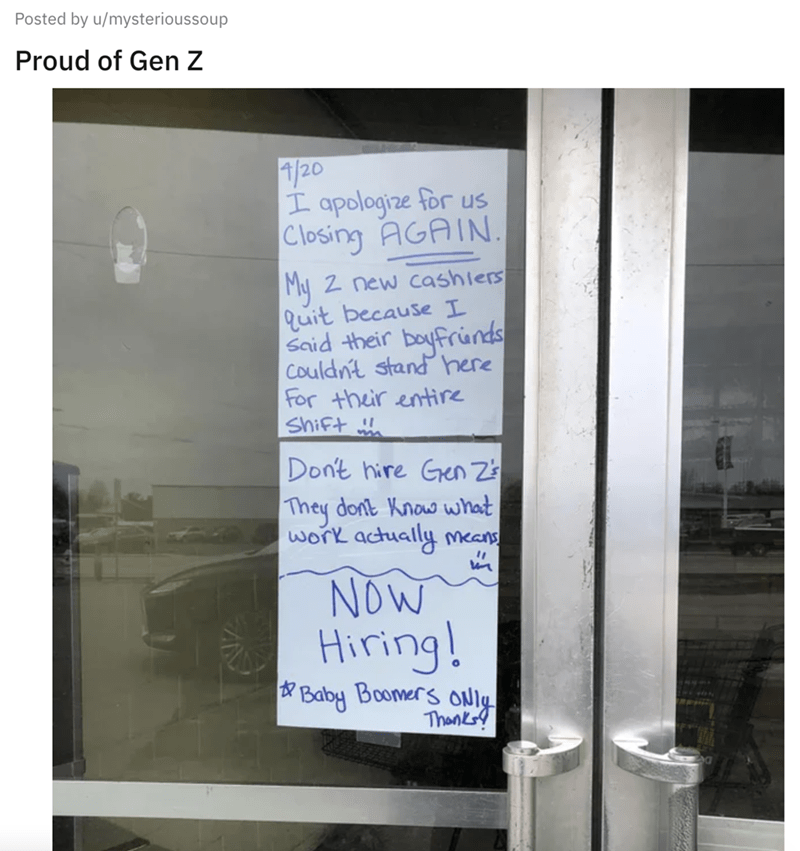 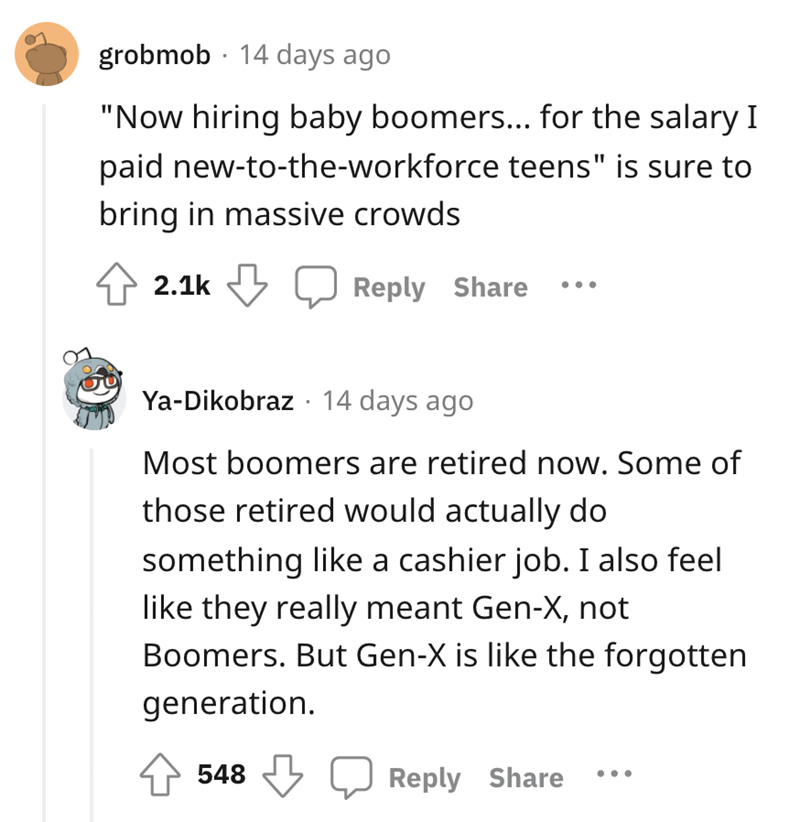 3. Well, this is really not the era of boomers to be enrolled into new workforces 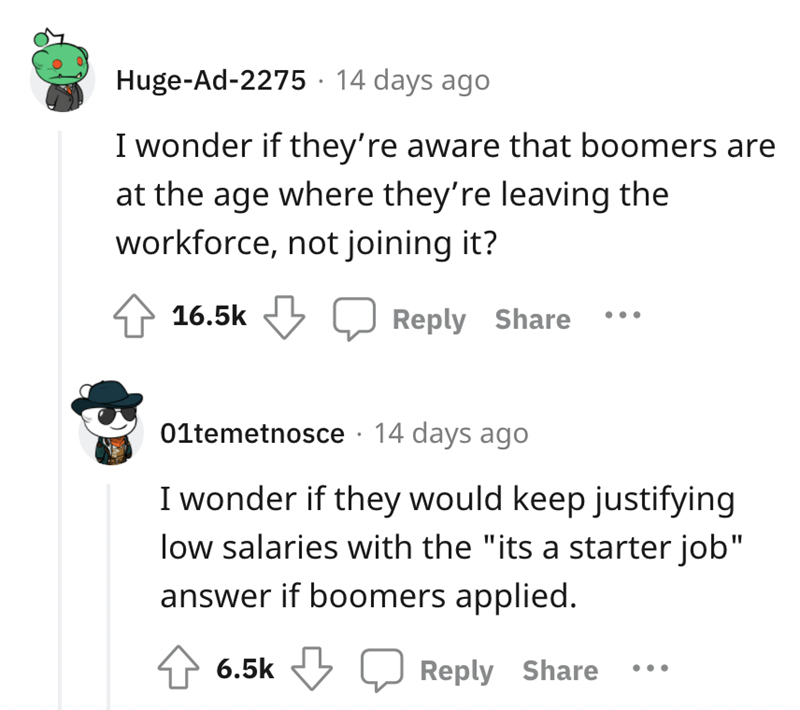 4. Obviously, the cost of their drugs and medicine will not be covered by the said pay; they would not continue 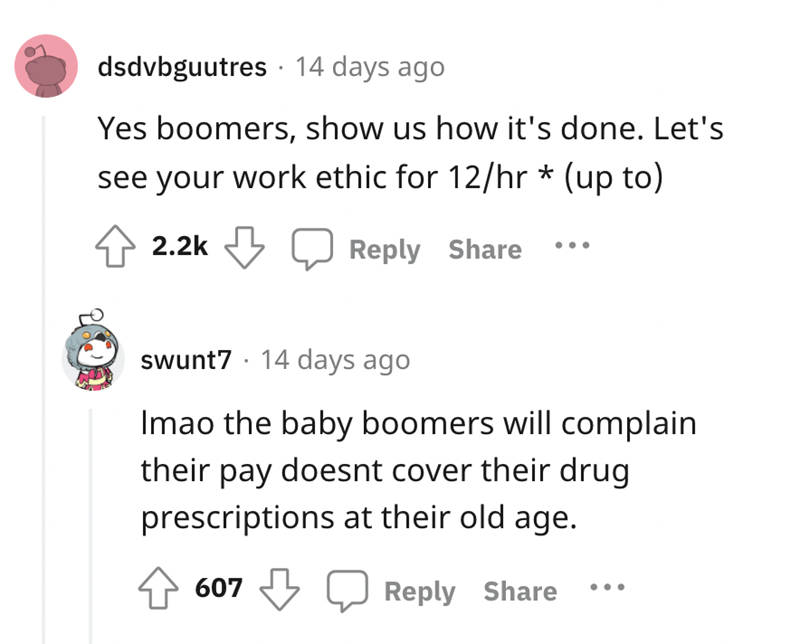 5. I still can’t stop laughing at the second comment 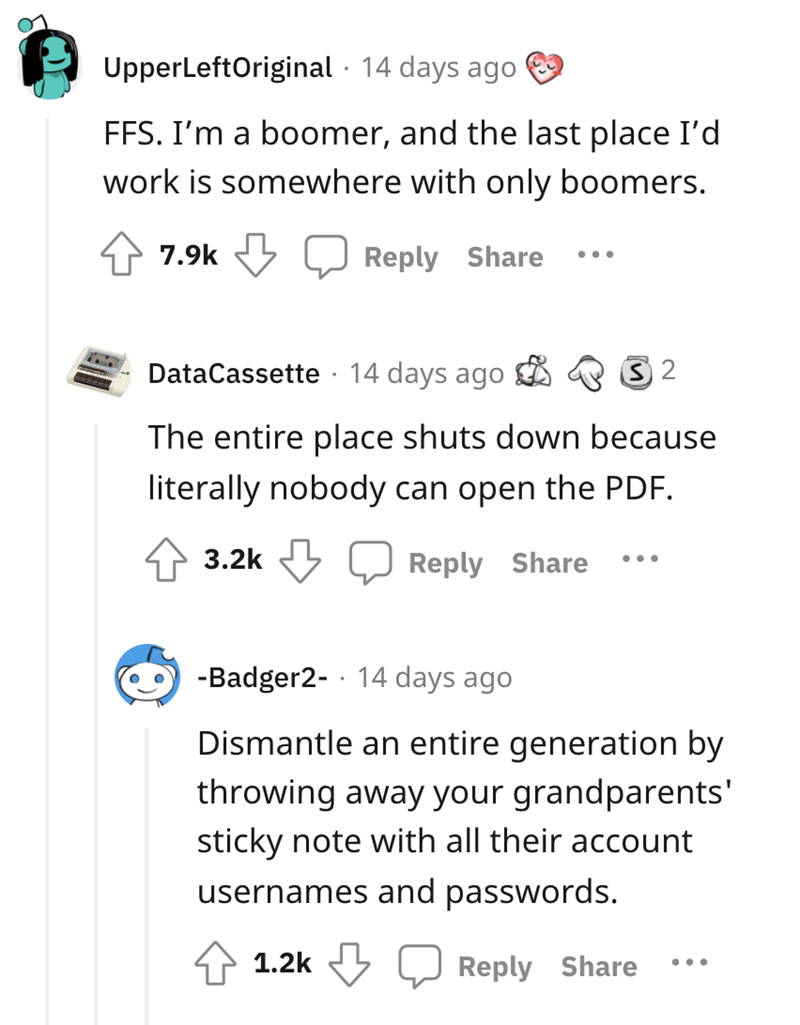 6. Aren’t all millennials deadbeats? Important question to ponder upon 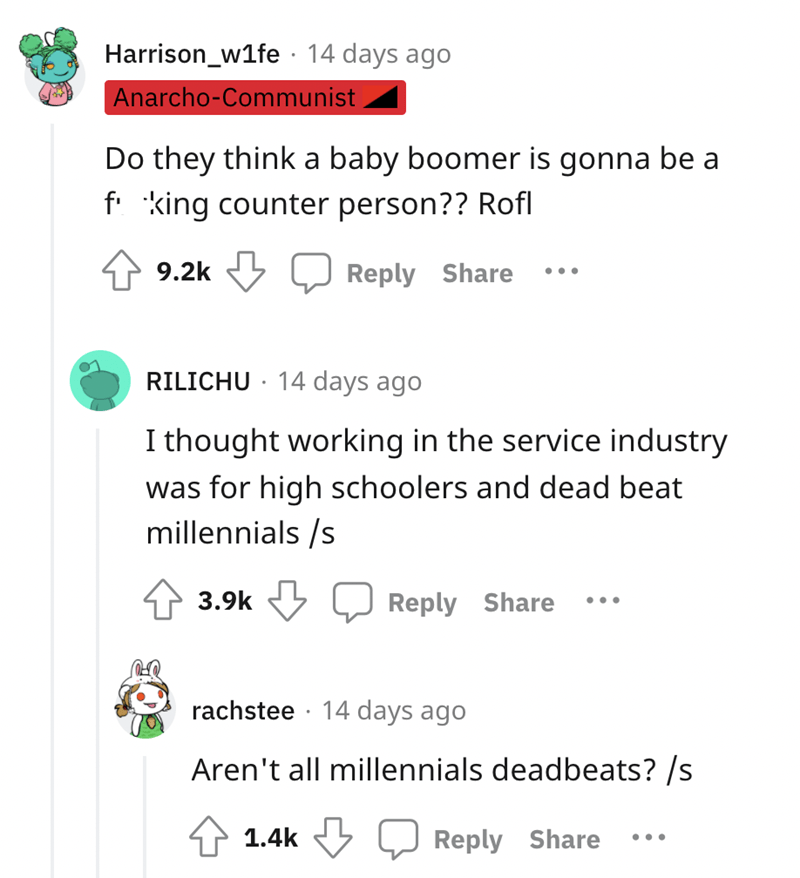 Advertisement
Via u/mysterioussoup
What are your thoughts on this story? I think that this job seems to not make any sense as baby boomers will not join him for a cashier job. As one commenter wrote, “the entire place will shut down when nobody knows how to open a pdf,” it seemed about right and it was hilarious at the same time. Did you ever hear any such story? What do you think about the attitude of Gen Z? If you have any stories, don’t forget to share them with us. Share this article with your family and friends. Stay tuned for more entertaining stories.