Shower steam is a common occurrence. This guy either takes lukewarm showers or believes that a steaming shower means the water is physically boiling your flesh to smithereens. If that’s the case, all he needs is a science lesson. Also, he’s concerned about his bathroom’s capacity to manage steam, which seems like a pretty common thing for a bathroom to be able to accomplish, right? Is he using crepe paper for his shower curtain? But the actual oddity here is this guy’s obsession with monitoring his soon-to-be ex-showering girlfriend’s habits.

1. The girl friend came to stay at OP’s place for work reasons, he noticed that she took terribly hot showers 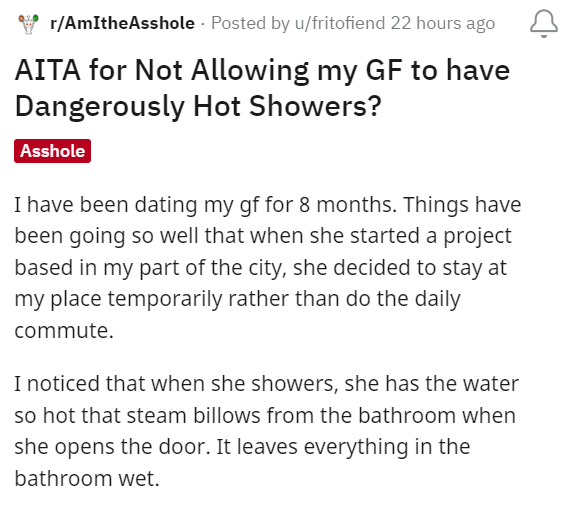 2. OP kept telling her that using the hot temperature and leaving the bathroom wet is not okay, asked to use the dehumidifier but it broke and the bathroom turned into a sauna 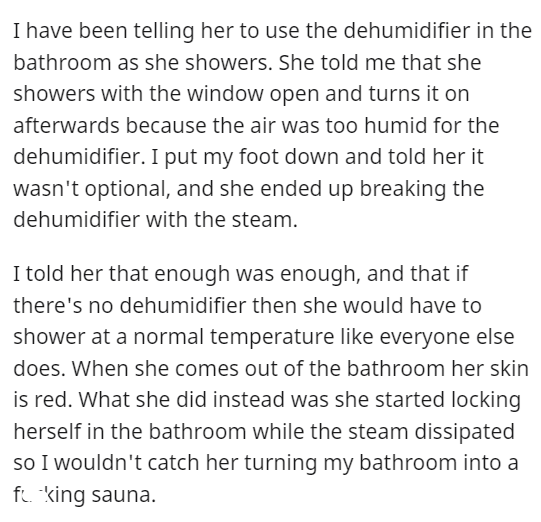 3. OP took the lock of so the bathroom and the girlfriend’s health both do not get damaged but she took it on heart and started dissociating 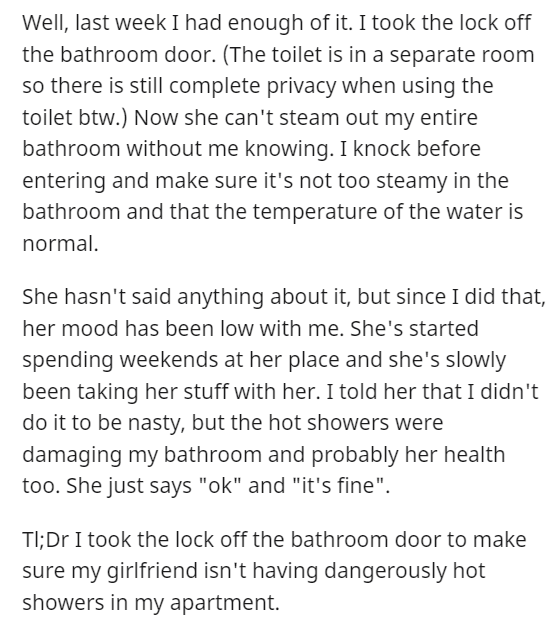 Via fritofiend
Now let the Reddit commenters community decide if the boyfriend is the a-hole or NTA. These are going to be some hilarious an savage comments, I am sure you do not want to miss out on any, so keep reading.

4. Well, this one really put it right in the face 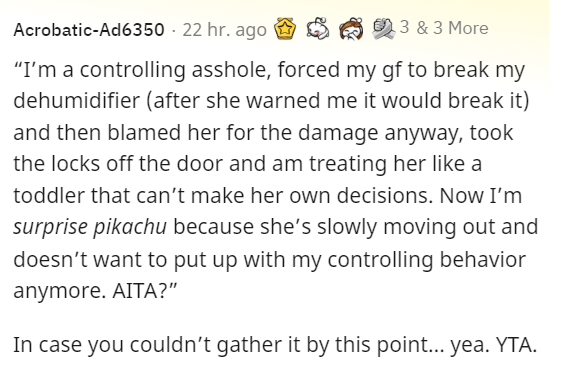 5. Creepy and controlling. That’s what commenters are highlighting OP’s behavior 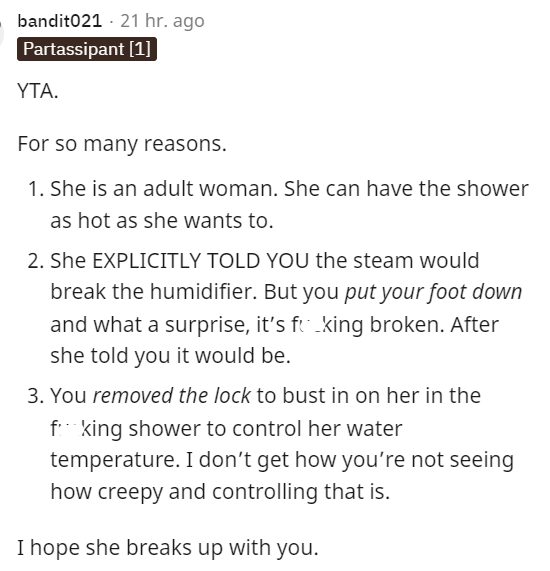 6. That’s the part where it all went wrong

7. This would hurt him a little too much much

8. To the point and quite understandable

9. This really has got to be a joke

10. Taking out the lock of the bathroom really seemed to be an act of a controlling parent

11. Now he has to remain single with his broken bathroom

12. So much of the story makes sense now, what do you think? 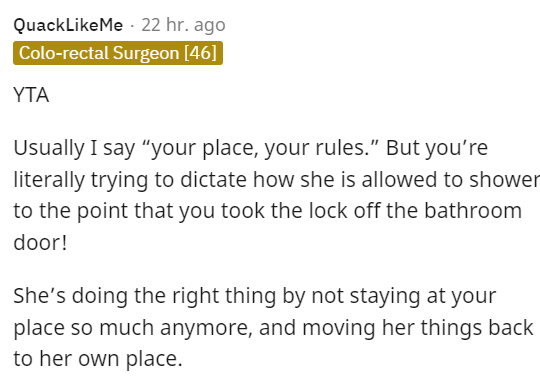 13. The last commenter also joined in and said, YTA. Does not seem to be a surprise.

This was an interesting story. What do you guys think? Do you also think that the boyfriend’s behavior is controlling and creepy? Well, he seemed to care about his bathroom much more than his girlfriend’s privacy and life choices. Is OP AH or NTA? Have you ever been in any such a situation, if you were, what did you choose to do? Do not forget to share it with your family and friends  If you want more entertaining content, coming your way, stay tuned with us. For your worthy feedback, comment down below.