This doggo would make anyone turn their head around for a second look.

Dogs are very unique. You must be familiar with quite a lot of dog breeds and how they generally look. They have very similar traits to one another. But sometimes even within those breeds, some doggos have very unique characteristics that make them stand out. And when you see one of them walking on the street, the temptation to just stop and take another look is very high.

One factor remains constant though, they all are super adorable and extremely lovely to have around. Today, I am going to talk about a Borzoi Sighthound. It’s not a largely known breed like a Poodle or a German Shepherd, but they are amazing and perfect dogs in their own ways.

The Borzoi is also called a Russian Hunting Sighthound. Don’t be terrified with the hunting in the name. They are actually very gentle, respectful, and quiet. However, they like being independent and are very athletic as well. One of the main characteristics of a Borzoi Sighthound is that they have a very long, silky coat. And the easiest way to recognize them is by their long slender legs, narrow body, and very long and narrow head.

But today I don’t have any generic Borzoi for you guys. The one we’ve got today is known as Eris. A Borzoi Sighthound with the longest nose in the world. 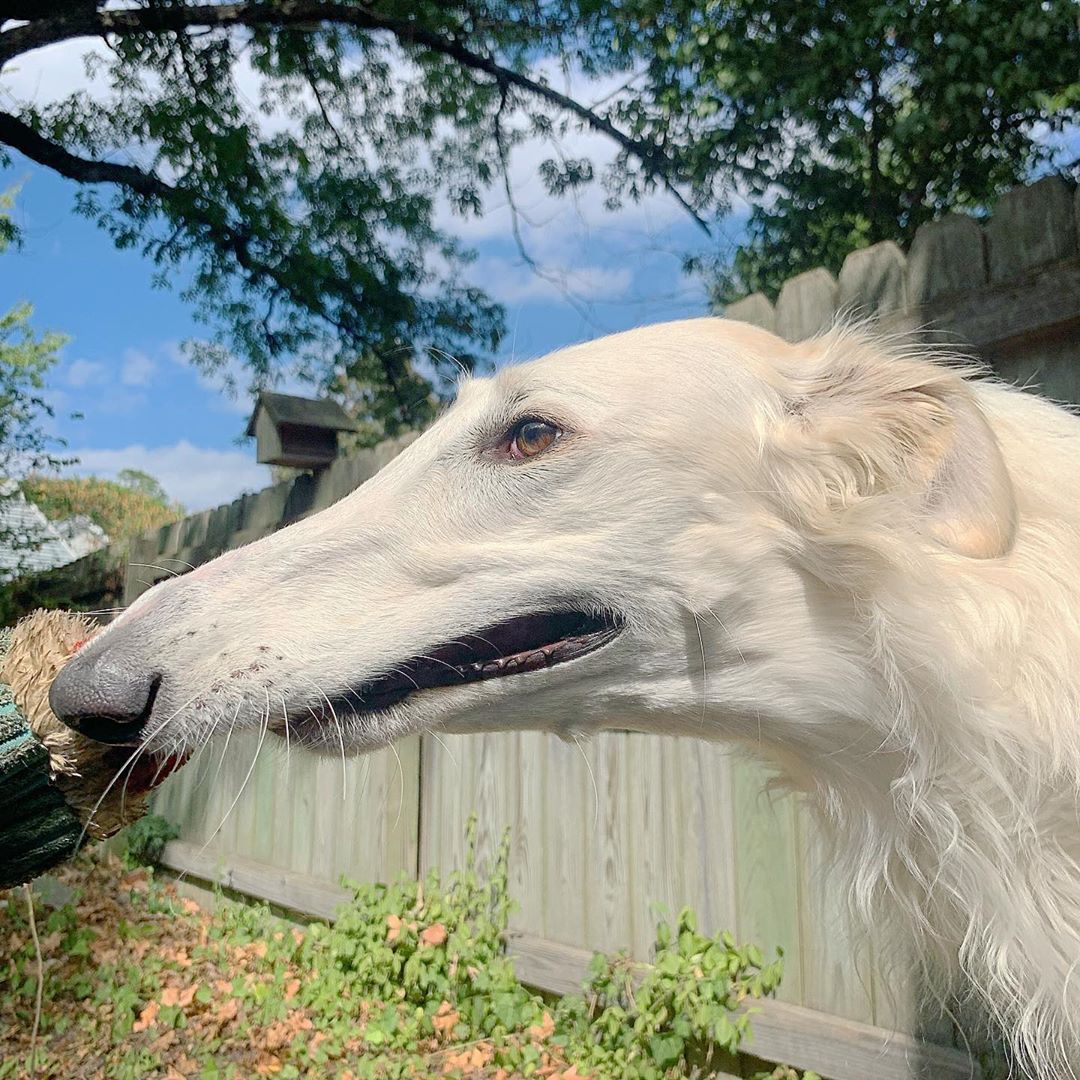 Eris was adopted in July 2018 by Lily and Savannah who live in Richmond, Virginia, USA. They were quick to notice that Eris was very unique. Definitely not a nosy dog, but the big girl had a very long nose.

As Eris grew, so did her snout. And when she was fully grown, they measured her nose which came up to a whopping 12.2 inches. That’s more than a foot-long sub that you order from Subway. 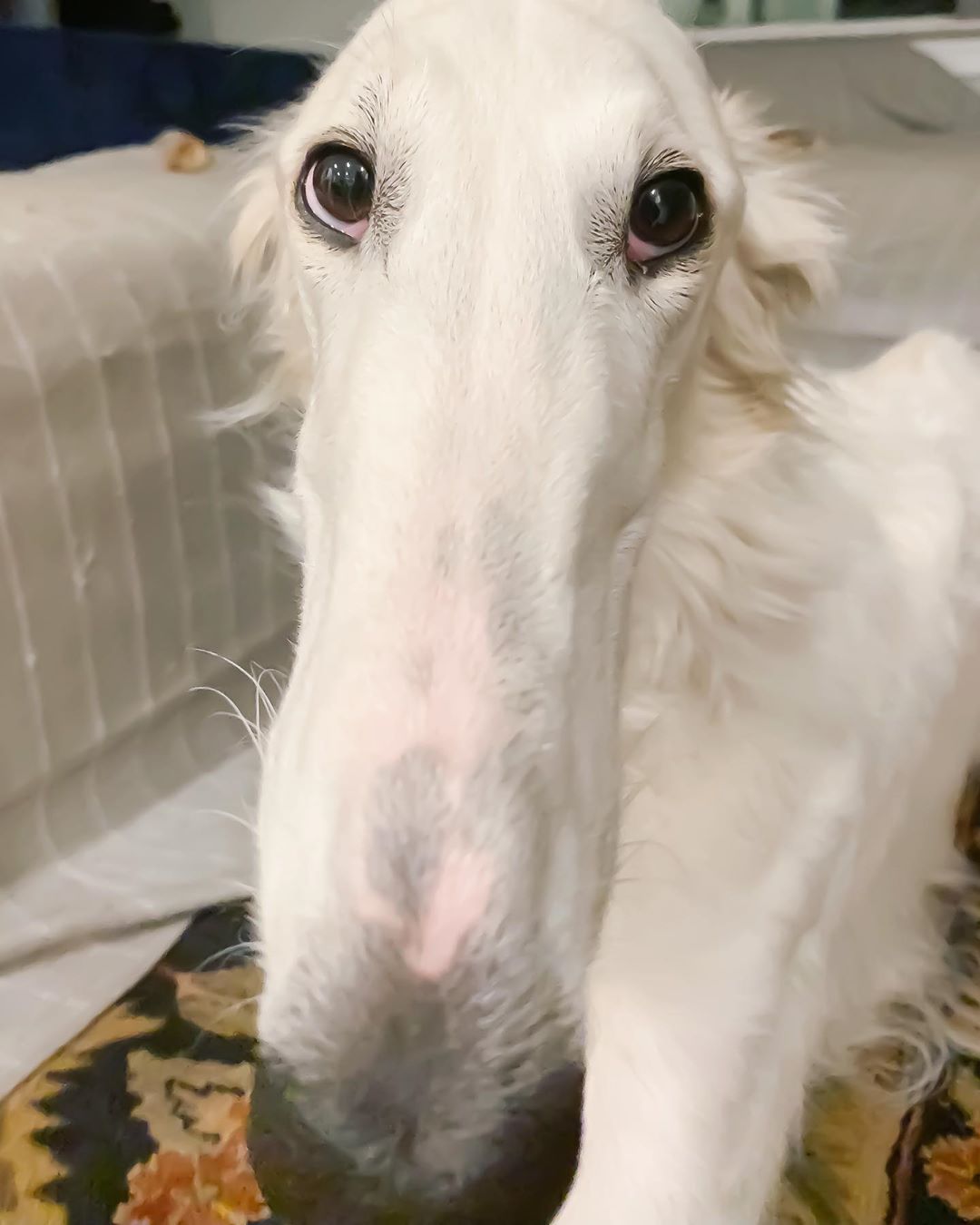 The nose makes her look very cute, to be honest. Not gonna lie, she’d be poking her nose in everyone’s matters without even trying. Okay, that was funnier in my head.

The long nose is actually a feature of attraction. How could anyone not turn their head to take another look at the dog with the longest nose in the world? Because it kinda seems unrealistic if you don’t see it for yourself.

In an interview with Bored Panda, Lilly said, “We get stopped a lot because people want to ask questions or know what kind of dog she is. She’s also got a really big personality, so a lot of our neighbors know who she is, and she just loves saying hello to them!” 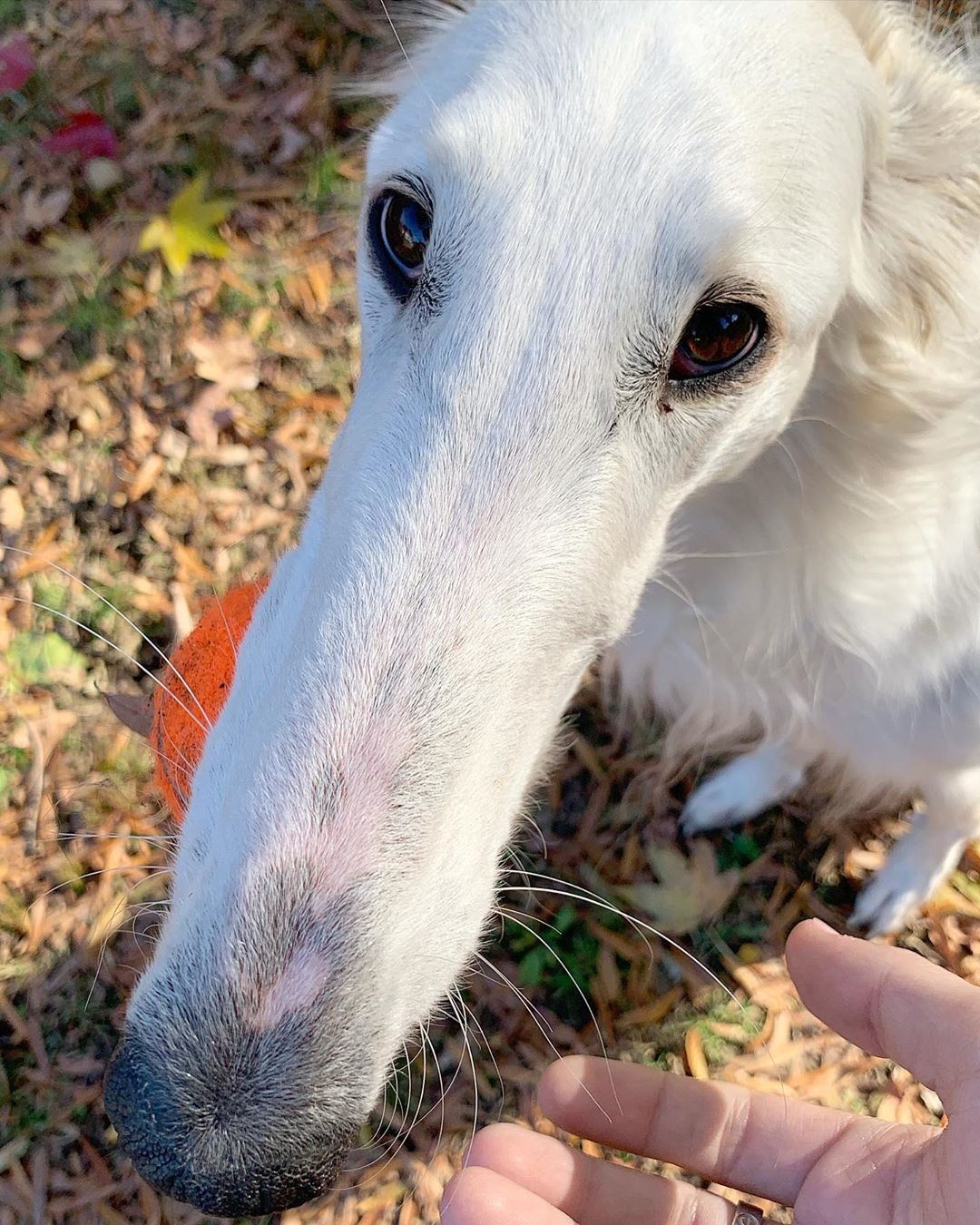 The great thing about them is that it’s not just the long nose, it’s their polite personality that makes them a favorite among the neighborhood.

Don’t be mistaken by the fact that this breed is actually known as Wolfhound in Russia which actually translates to ‘fast’. But in no way are they similar to the fast Greyhounds. They are very polite and chill. 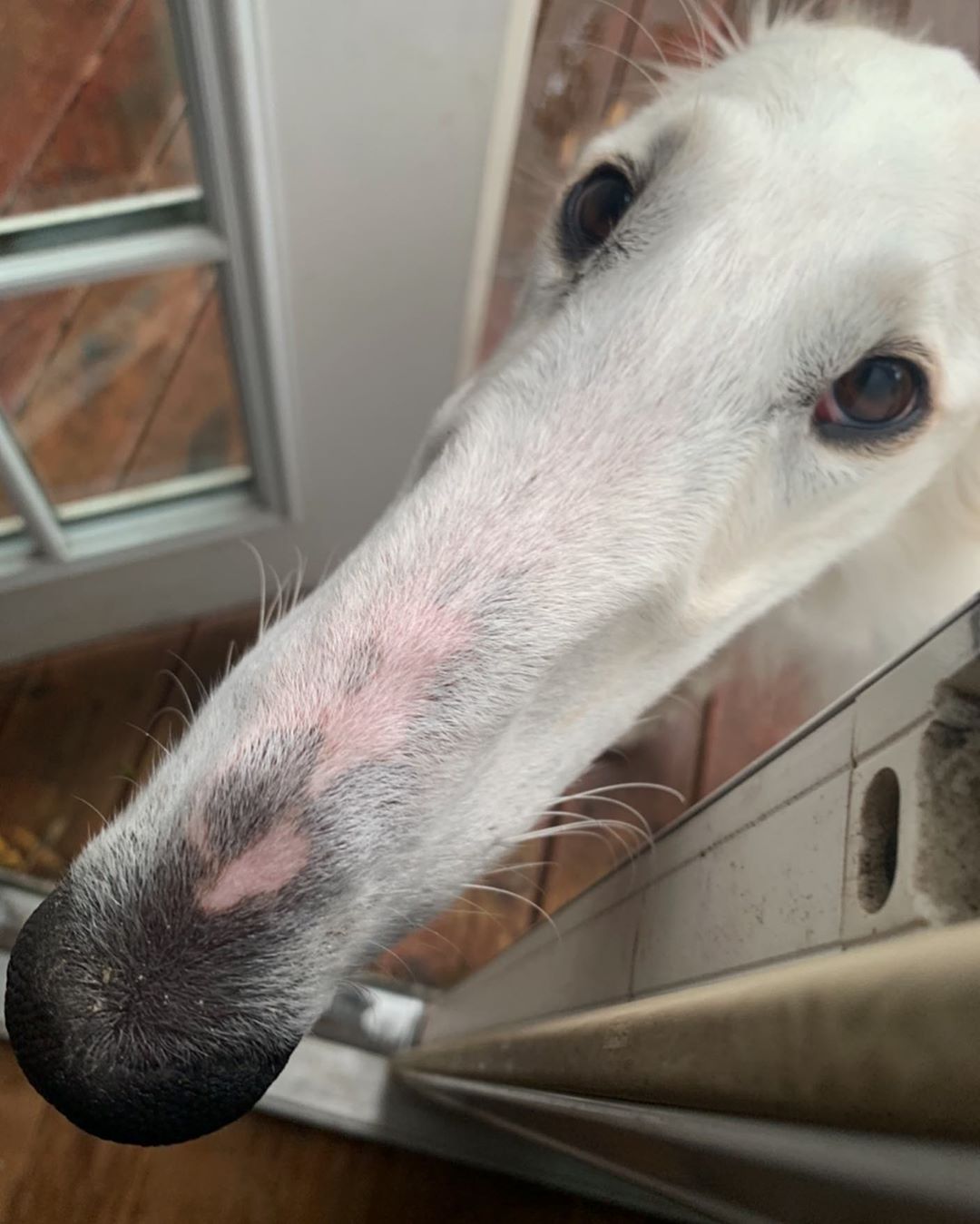 In general, if we disregard the record-breaking nose, these doggos have a very slender-like appearance.

They’ve got an extraordinarily narrow face and very long body as well. A characteristic that allows them to easily peek into the neighbor’s house and see if they’ve got any plans for a BBQ later that night. 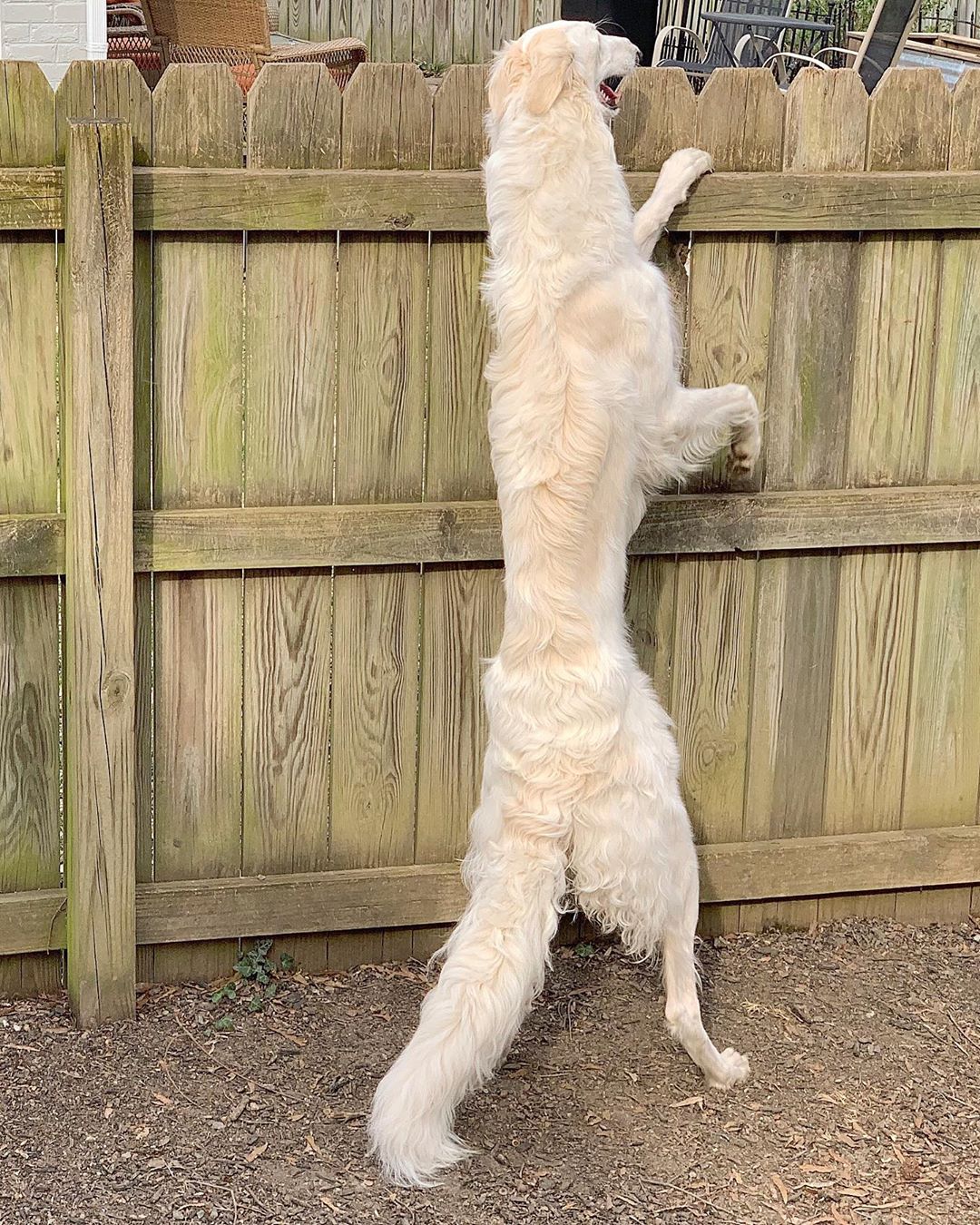 And Eris is not only famous among the neighbors, but she’s also quite viral on the internet as well.

Lilly and Savannah decided to make her an Instagram account, and she’s currently got over 242K followers on the account. The fame that didn’t take much for her to gain. 3 cheers for genetic mutations! 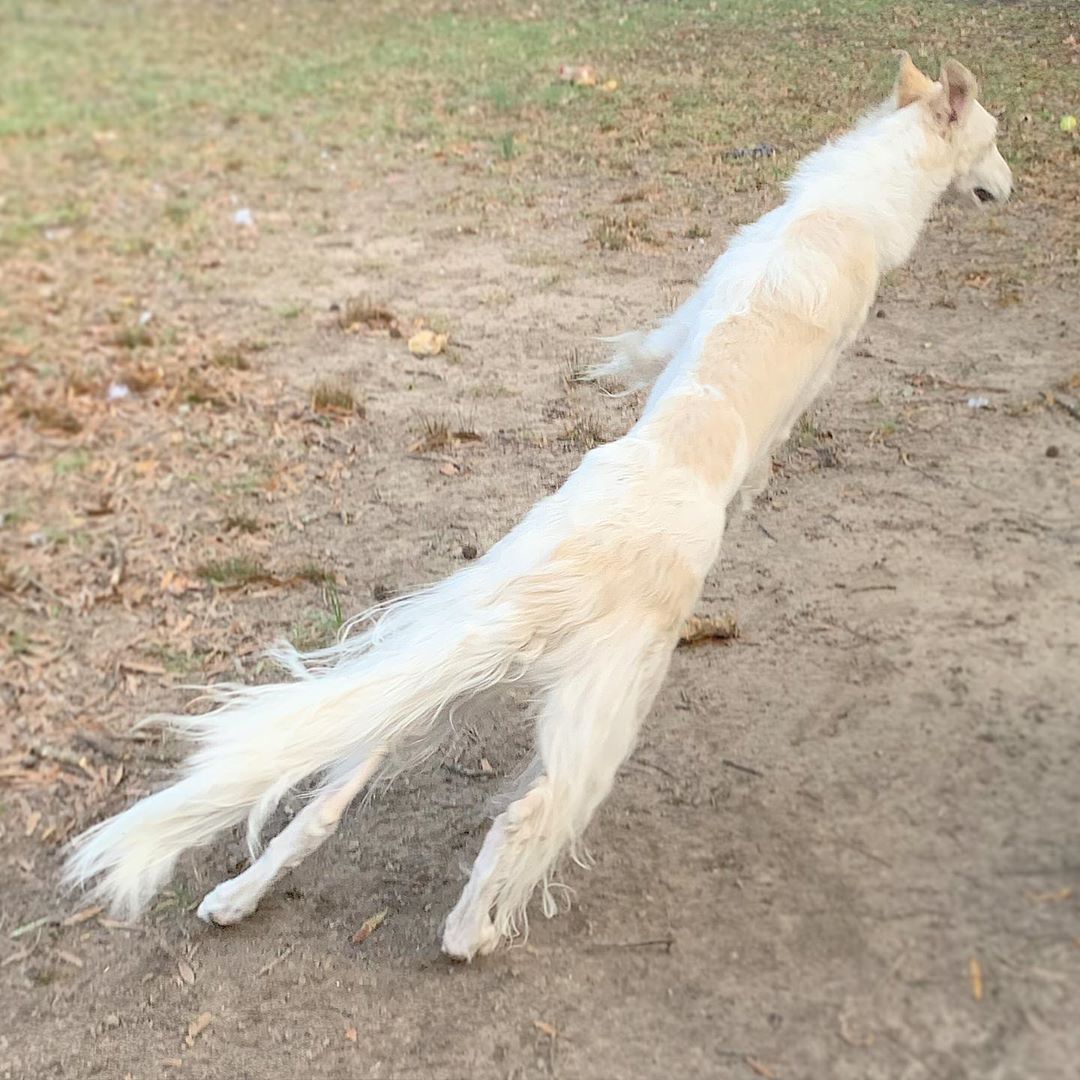 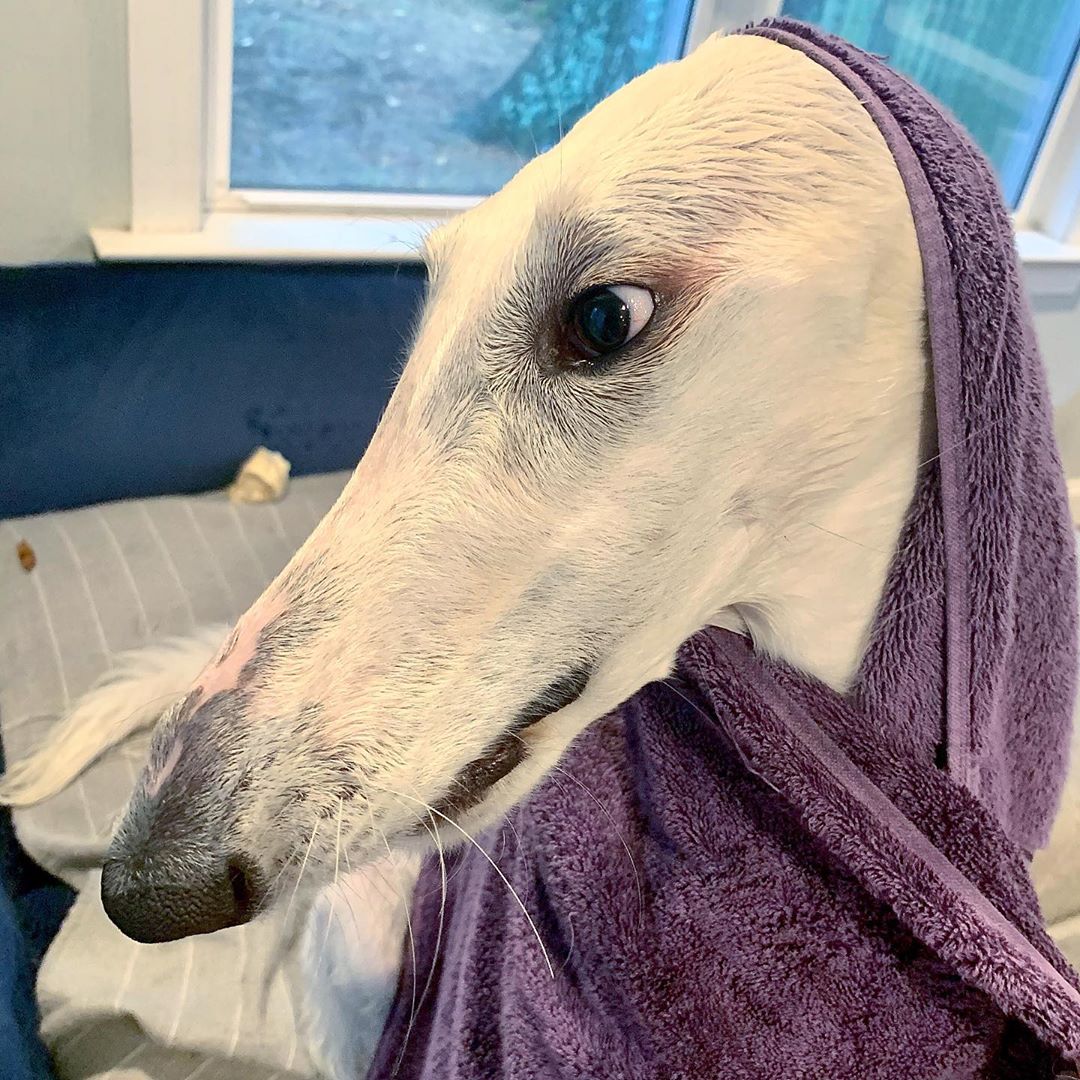 A general opinion among humans is that longer noses are not too attractive when compared to tiny noses. But our little girl Eris rocks it perfectly. We absolutely love her, and we hope you guys enjoyed her story to the fullest. Feel free to share your thoughts in the comments section down below.