Every pet and owner has their own way of communicating.

Humans communicate with each other throughout the day, whether you know someone or don’t it is very easy to understand what the other is feeling, saying, or what sort of emotions they are exhibiting because we speak the same language. Yes, there can be language barriers when you go to a place where the native language is different compared to yours but still, reading facial expressions and understanding what they are trying to say is easy. This happens when humans communicate with humans. Let’s now bring animals into the equation. This is where the language barrier is basically impossible to climb because no dictionary or language course exists that teaches you how to Meow or Woof. Not just that, if the animal is a complete stranger to you, it is also very difficult to know what mood they are in, how they feeling, and what they want. And you really don’t want to approach an animal without knowing what mood they are in.

But, the scenario is very different when you actually know that animal. As a pet owner, there are basically no barriers between you and your pet animal. You understand all their emotions just by a wag of the tail. Do you guys know if a dog wags its tail, it could either mean they are extremely happy or extremely nervous? Only the owner of the dog can know because you learn to understand their emotions and expressions as well. It’s not just the wag of the tail but also the facial expression of the animal you have to look at to know exactly what your good boy is thinking.

Today we are going to look at some animal-related situations that only the pet owners of the world can understand. They might seem very weird and random to anyone who hasn’t spent time with animals but for someone who has spent almost all their life with their pet, this is everyday stuff for them.

Scroll down below and see if you can understand any of these situations.

1. If you are planning on adopting a pet, please take note.

2. This is Franco. Know that if your pet makes a facial expression similar to Franco’s, it means they truly love you and you can’t get mad at them for anything, ever. 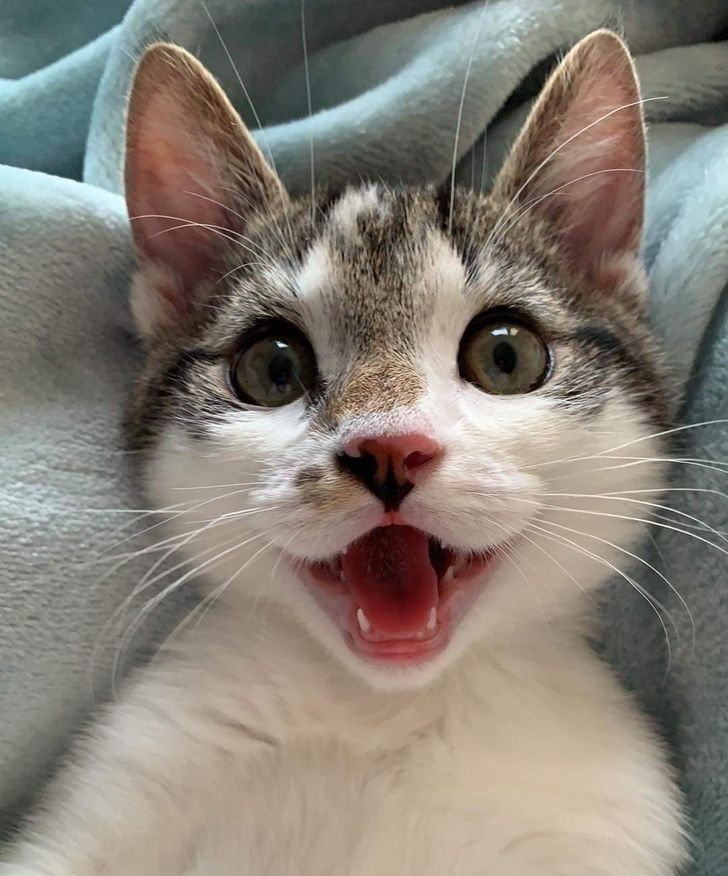 3. This wife’s husband didn’t go to work for 3 days for some reason and now their dog totally ignores her existence. New love found. 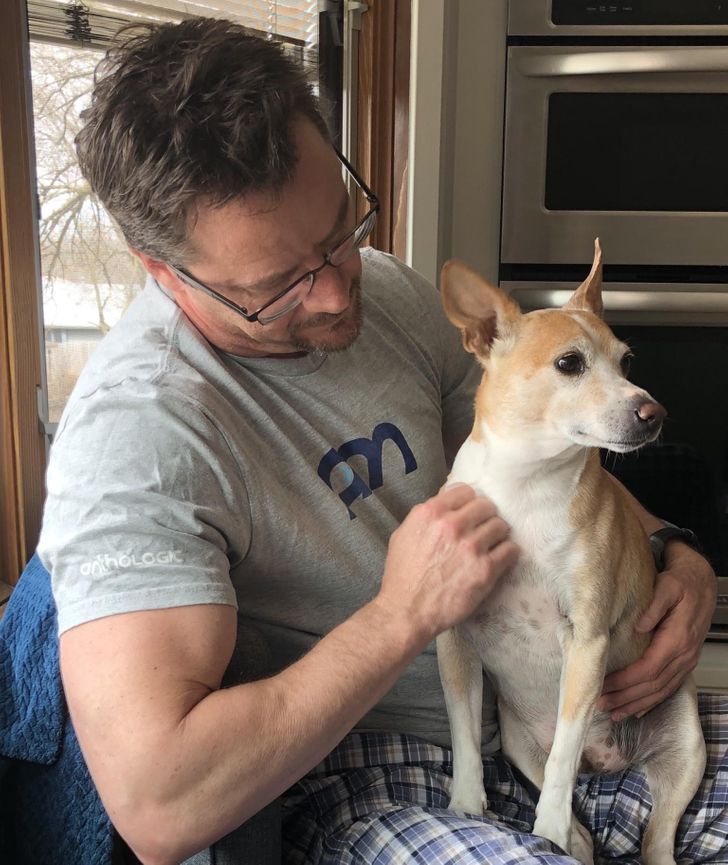 4. Once that pet steps foot in your house, all conversations are going to be about them. They become the center of everything. 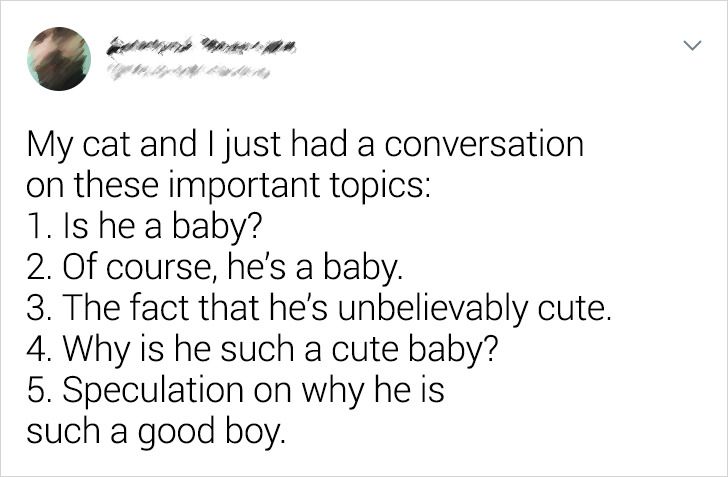 5. You will never know what object your pet will suddenly fall in love with. This one found a stick while they were out playing in the snow and now wouldn’t go back inside without it. It is now part of his life for god knows how long. 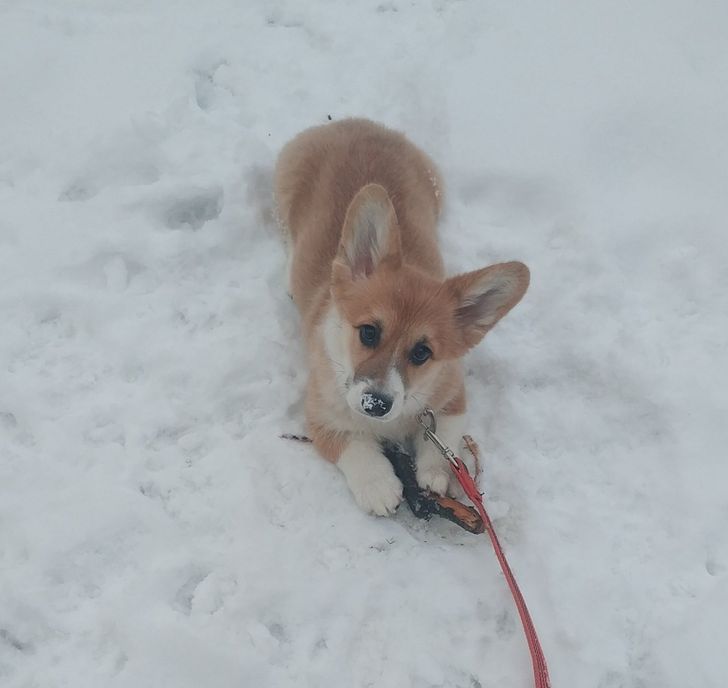 6. Every time this woman would get dressed to go outside, this is how her dog would stop her from going out. This is pure love. 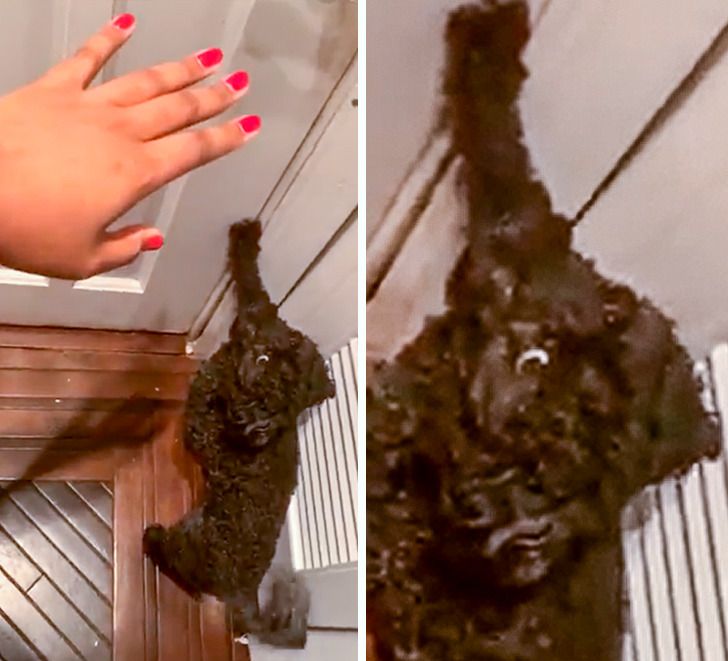 7. This person would always lock their bedroom door before sleeping so the cat won’t enter. One day they forgot to lock and this is what they woke up to in the middle of the night. 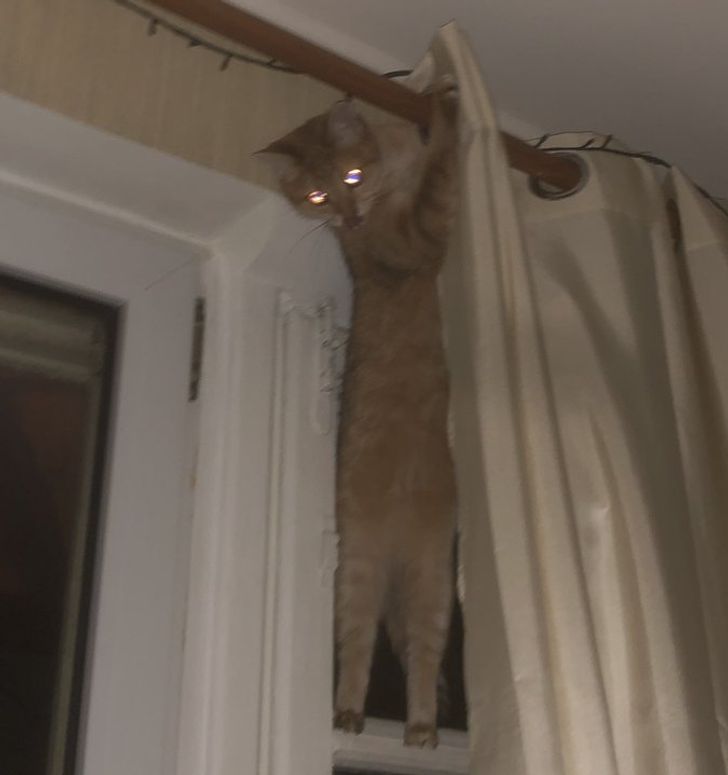 8. You will often find such odd sights, don’t worry it is your pet. 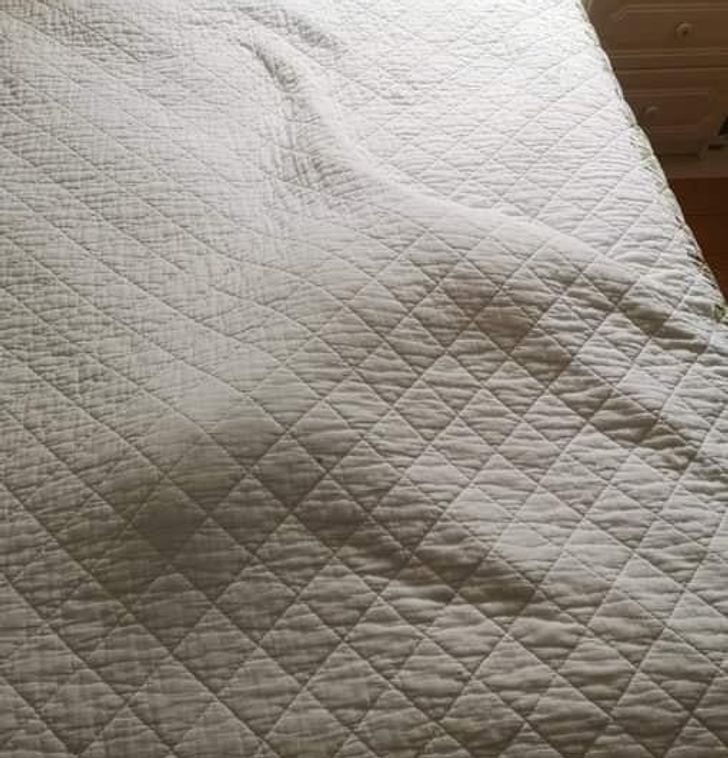 I swear these situations are so adorable and innocent. And it really does show how strong and full-of-love this bond between an animal and a human is. There are things that this Earth can’t live without, this bond is one of those things. I really want to adopt a pet now because the urge to feel all these feelings is now at an all-time high.

Let’s look at some more situations and see if normal people can get it.

9. Please don’t put an effort when you are shopping for your pet because they will not give two bricks a few minutes later. 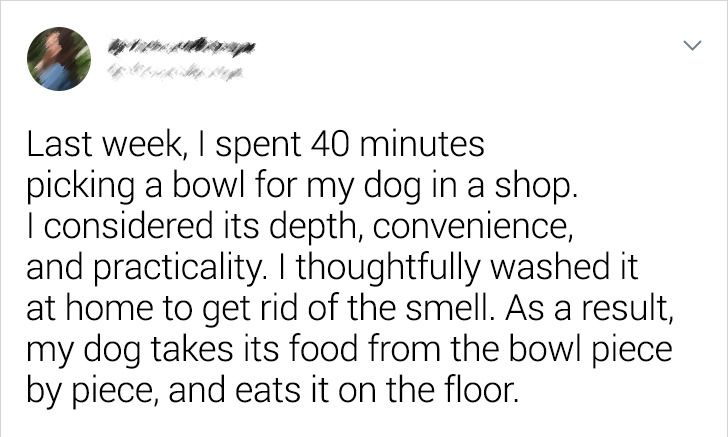 10. Oh yes, get ready for some extremely adorable moments to capture forever when you have a pet in your house. 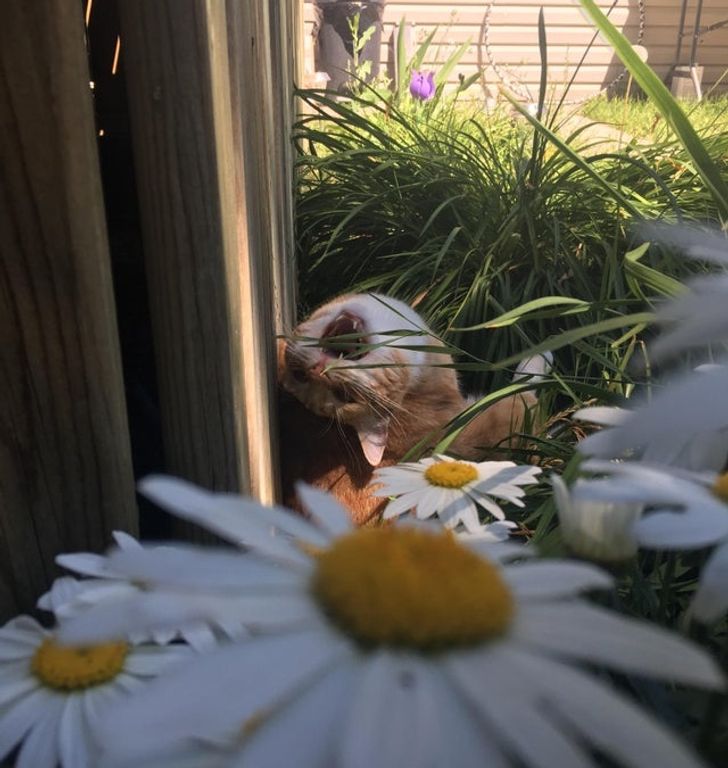 11. Your cat may often present with the most random gifts like this cat presented its owner with a single grape. One piece. 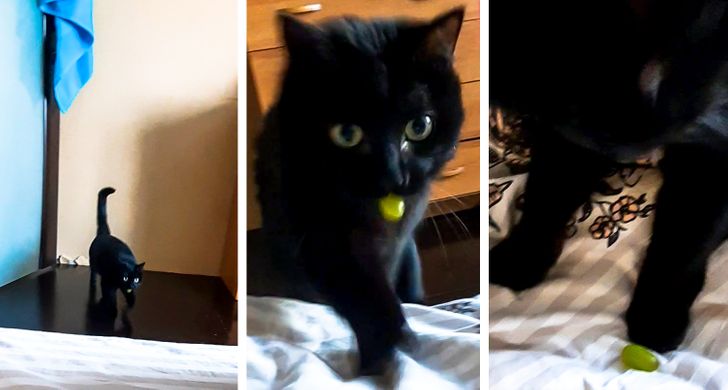 12. That thing about finding gifts and presenting them to their owners, animals take it very seriously. 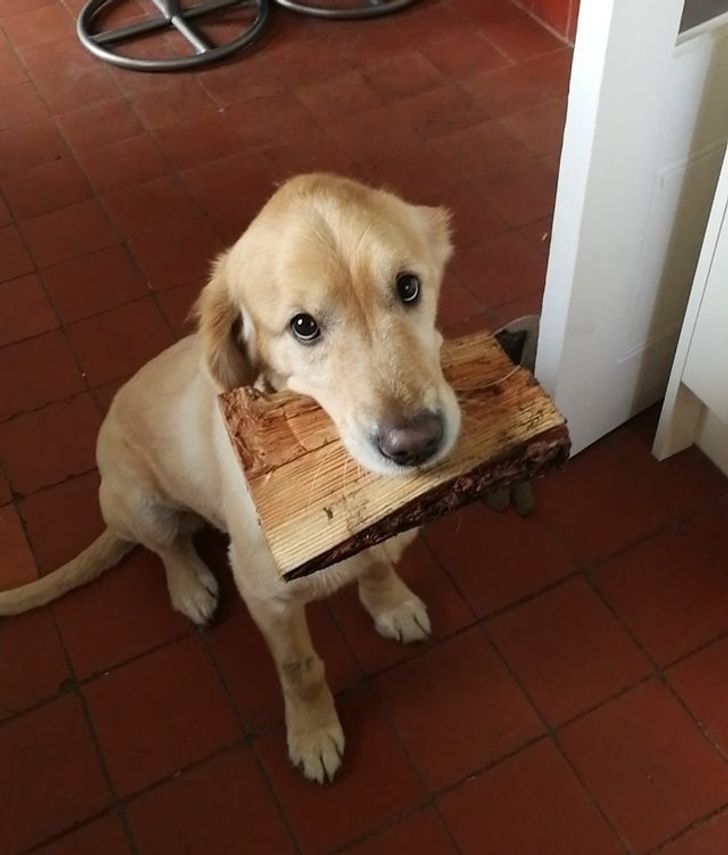 13. Your cat owns your house and that’s how it will always remain. And it will definitely let you know that it owns you. 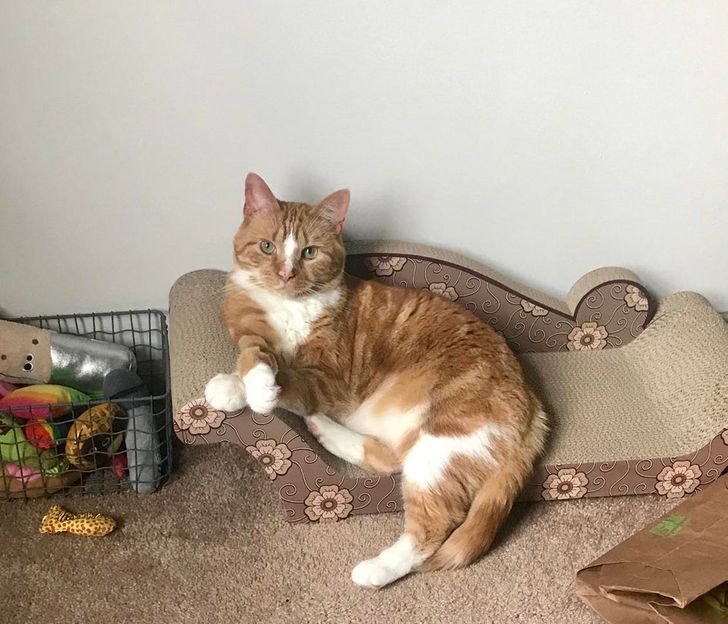 14. Try not to play hide-and-seek with your pet if it is a cat because you will “totally” fail. 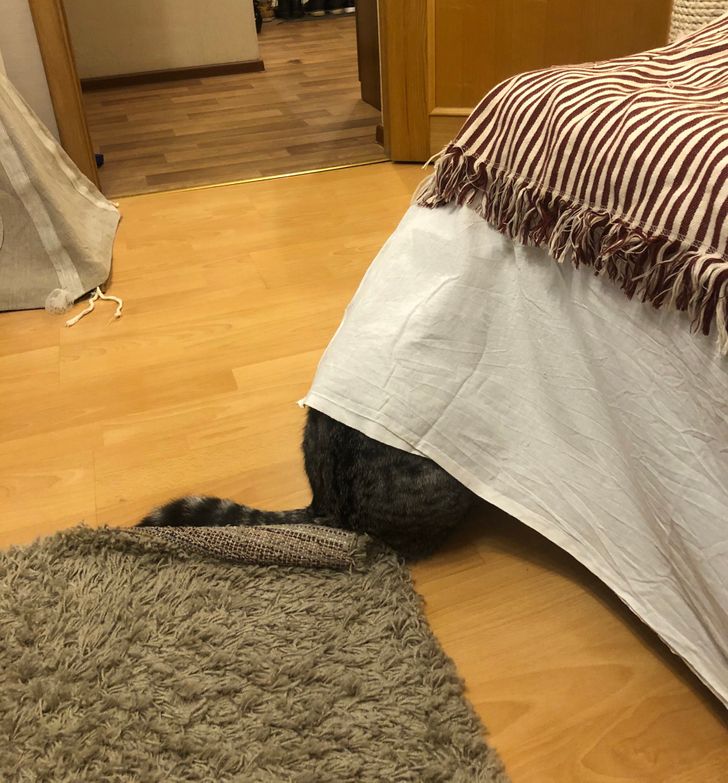 15. Your pet will want your attention exactly when you start working. Not a minute before and not a minute after.