We all have to eventually enter into the phase where we start making money and in order to do that we must find a job. The market is so saturated these days that even the best of talents finds it very hard to land a good job that satisfies their physiological and financial needs. Jobs these days are too demanding in terms of the work and very less rewarding in terms of the pay. And that actually demotivates the youth because they don’t see a hopeful future ahead. But trust me, there are good organizations out there as well, a little hard to fetch, but they exist and they acknowledge the talent and don’t abuse it.

This manager believed they could get a single employee to do both of their tasks for free, so they urged them to quit, only to realize they might need them later. The boss went so far as to try to hide the fact that they had been sacked. Horrible employers have a habit of piling responsibilities on staff they don’t intend to pay, and in certain rare circumstances, an ungrateful lunatic boss receives immediate payback. Scroll down below to read the full story.

1. OP started working at a pizza place after graduating from high school as he did not want to sit idle 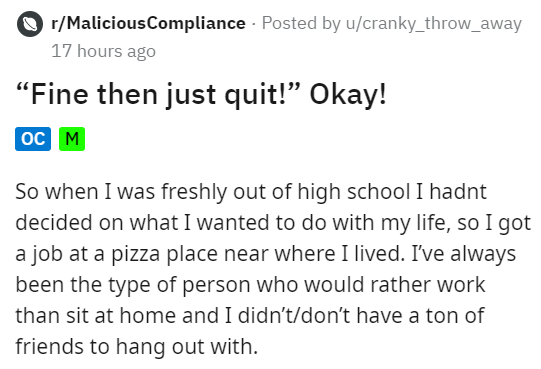 2. Firstly the workload was less and OP was called to make deliveries once or twice a week but that later changed into hourly work and then registered work with more training 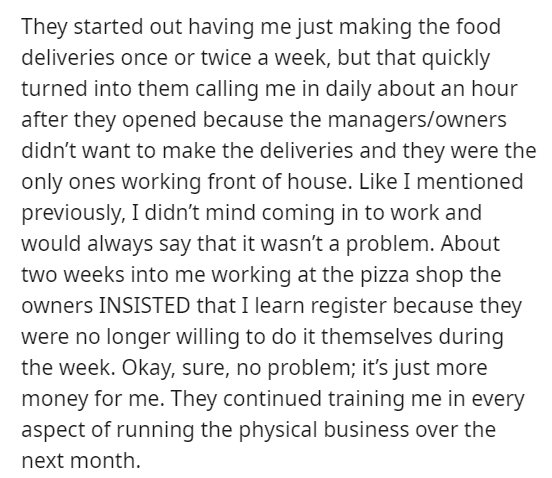 3. They kept saying that they would make OP the manager and almost took all the tasks from him, but one day when he asked him why they haven’t promoted him yet they made awful replies 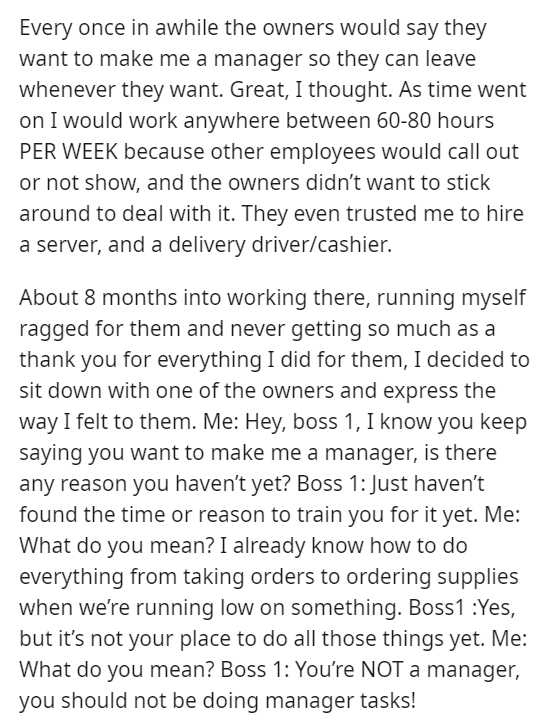 4. The next two weeks OP did not do any extra tasks and that caused one manager to always be present on duty, that pissed them off and they asked why he was not functioning to which replied he was forbade to do the managerial tasks 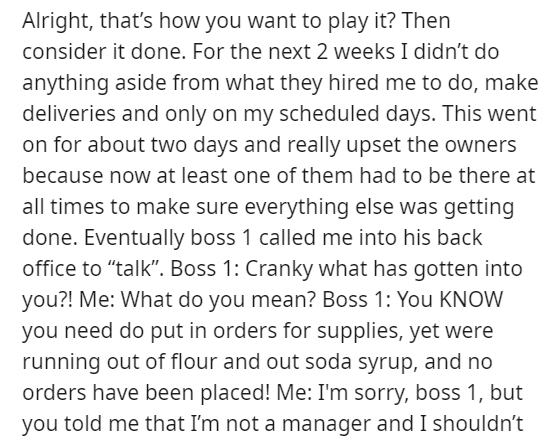 5. When he was against questioned to not being responsible, he said that he was simply doing his job and then the boss asked him to quit to which he said fine 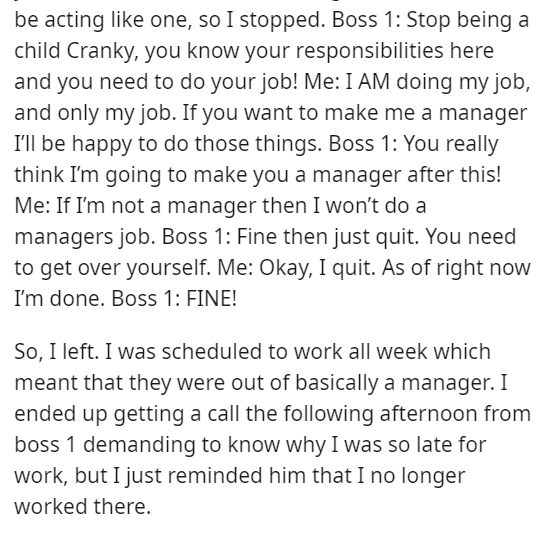 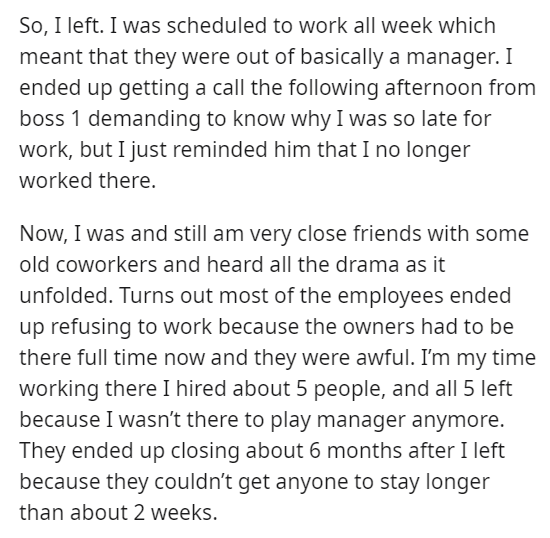 7. It’s clear that all other coworkers were there because OP was managing the job 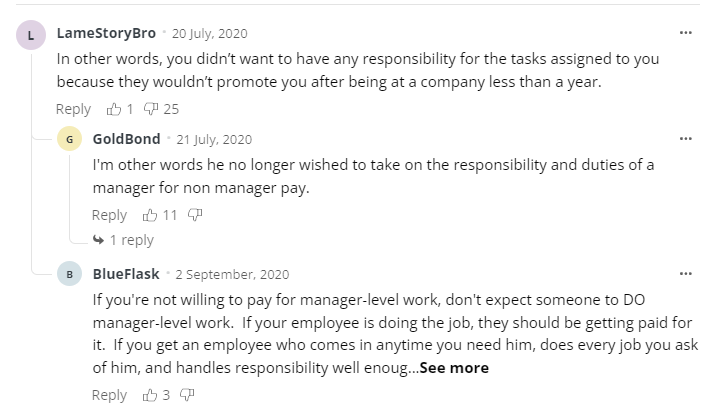 9. It’s not that he was throwing tantrums, it was that he was almost doing the managerial jobs and not being promoted 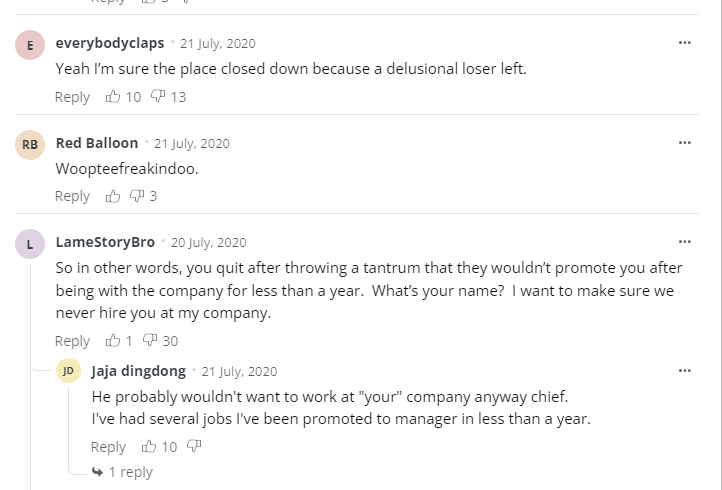 What are your thoughts on this story? Share your feedback down below. Stay tuned in for more.