It is a manager’s job to safeguard against emergencies.

I understand that everyone can have an emergency and sometimes it is not possible to put safeguards in place but even then, it is the manager’s job to fix the situation. The responsibility does not fall on an employee. I mean can you imagine having to work a 16-hour shift and not even getting a thank you afterward even though you basically saved their a**es? This is actually common in some industries and managers will basically milk the employee for all they are worth and then fire them.

However, this particular story is a bit different as the employee had already put in their 2-weeks notice for whatever reason. And this scenario only happened afterward. They were basically left alone in the store for the night even though another employee was supposed to come in for the night shift. Now this person could have just left and left the managers to deal with this mess but they preserved through the 16-hour shift and then the managers had the audacity to say that they were busy when they eventually did come in.

You can check out the full story by scrolling below.

The managers clearly knew that he wouldn’t leave the gas station unattended. 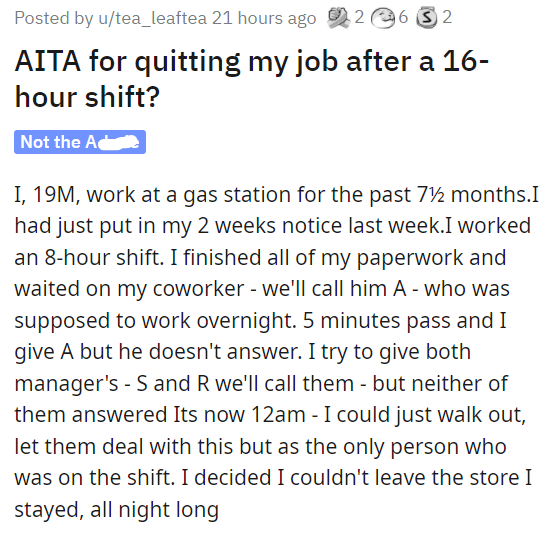 I would consider quitting right on the spot as well if this happened to me. 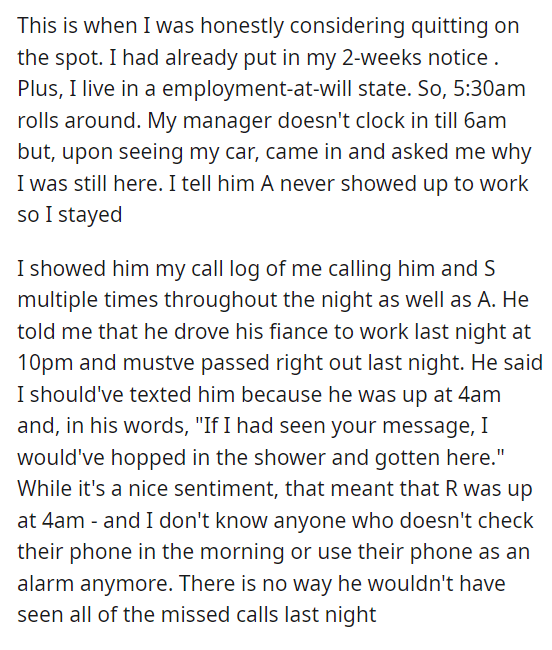 Even after the manager came, they asked him for another shift which is ludicrous. 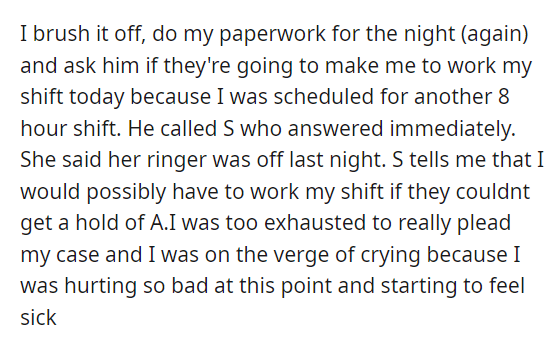 I am glad that his parents saw right through that and advised him to quit sooner than later. 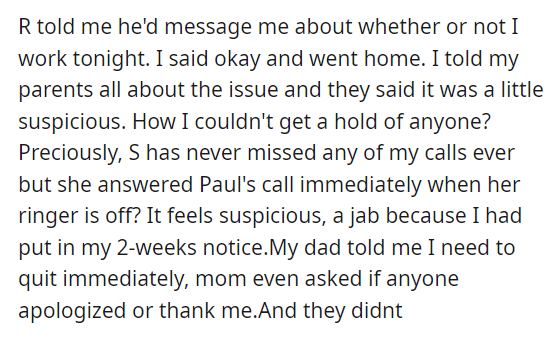 And that is exactly what he did though he did feel bad so he decided to ask Reddit for their opinion. 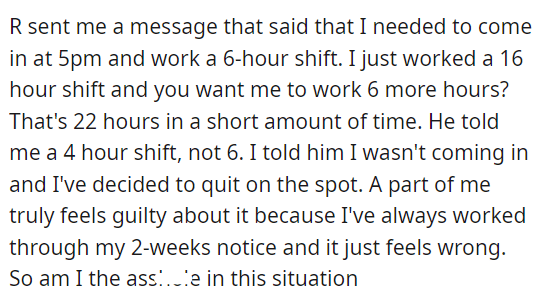 Honestly, I am amazed to see that this person didn’t just simply leave. if it was me, I would have left because it is not my job to deal with it. Sure, I would have called them a few times and I might have stayed for half an hour but after that, they are on their own, especially if I have already put in my 2-weeks notice. And I 100% believe that the managers are lying and deceiving the employee. They clearly have some sort of vendetta against the employee just because they have decided to quit. I see no other reason for this suspicious behavior.

People in the comments were 100% on his side which is understandable.

He didn’t want to do this but the managers left him no choice. 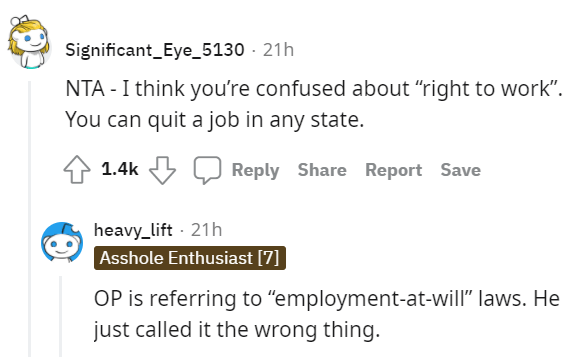 It was their mess to clean at the end of the day. 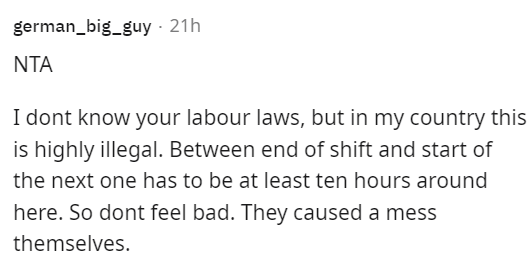 I honestly wish that he would have done that and just left the managers a voicemail. 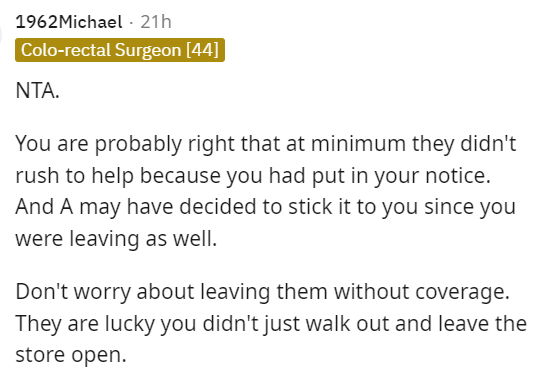 I mean who puts their phone on silent in this day and age? 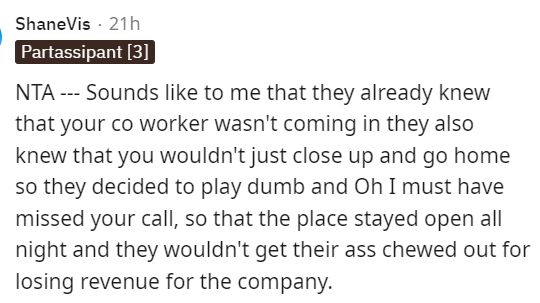 He does deserve overtime for all the mess he had to deal with. 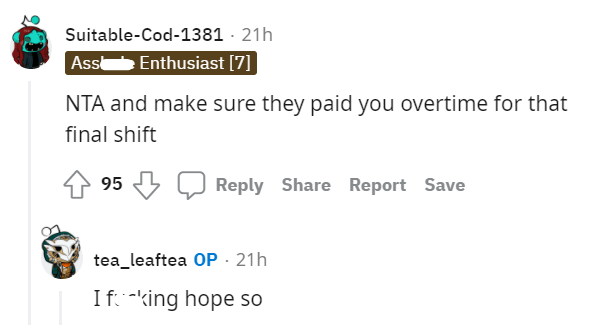 people are fake and that is a lesson that we all have to learn one day. 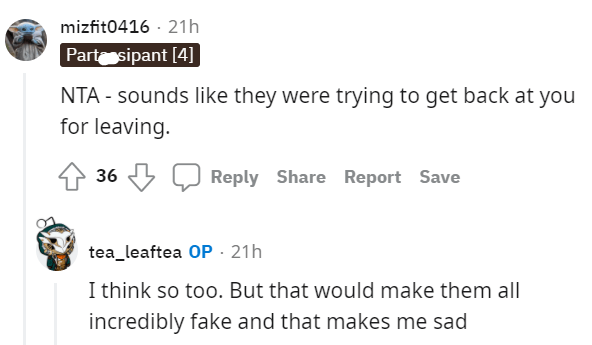 No reason for him to go back either. 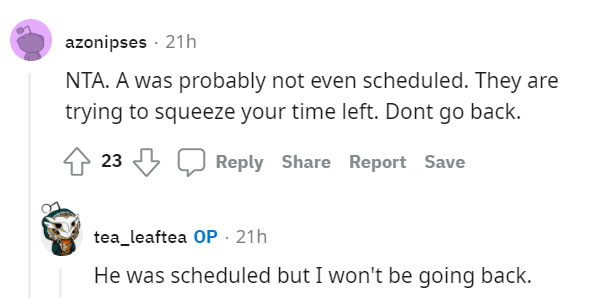 What are your thoughts on this story? Do you think the managers are suspicious and that they only did this to stick it to this person for quitting? Or do you think that they were being sincere? Let us know your opinion in the comments below and share this story with your friends so they can join in on the discussion as well.