Managers are not always the best people to work under. They get bossy, judgy, and awfully rigid. They will wrongfully scrutinize your work and act like everything that happens wrong is somehow your fault. Bad managers sometimes forget that some things are not under the control of the employees. Employees are humans. It’s not like they are not omnipotent. I mean I am sure all the employees wished they were, things would have been so much easier. They avoid all the mishaps and screw-ups that happen by accident, but you get to take the blame for it. But they are not all-powerful beings.

Any employee should not have to put up with such things! All those inspiring and encouraging stories showing how courageously people stood up for themselves to their bosses and quit are what we all need to hear when struggling with a horrible job. Not just tyrant bosses, but even difficult coworkers are hard to work with. Sometimes the “Screw it” attitude works for us and it is what we need to have a healthy mind. It allows us to seek jobs that have a better working environment with people who have a good working ethic.

We have gathered an inspiring story of a person who confidently quit his job and showed his boss that he will not put up with mistreatment! And this is how you do it guys! Never ever adjust to or accept mistreatment from anyone even if at that moment you think there is no other way. There absolutely is another way and many more. We shall never give us anyone the power to humiliate us! Let’s go ahead and

This is the original post that the employee made explaining the issue! 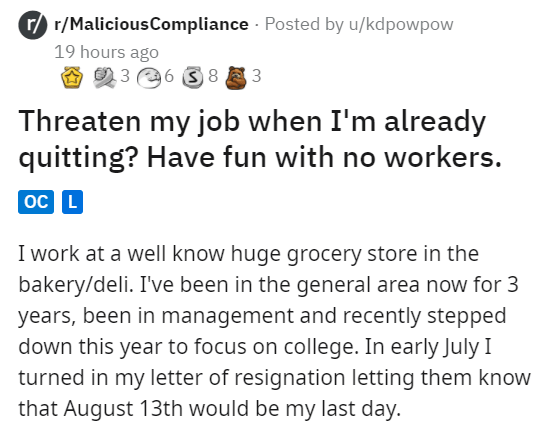 Damn, one person closing alone the entire night? I already see the problem here. This guy has no coworkers who can help him during his shift. He’s on his own in the arena to face the customers! 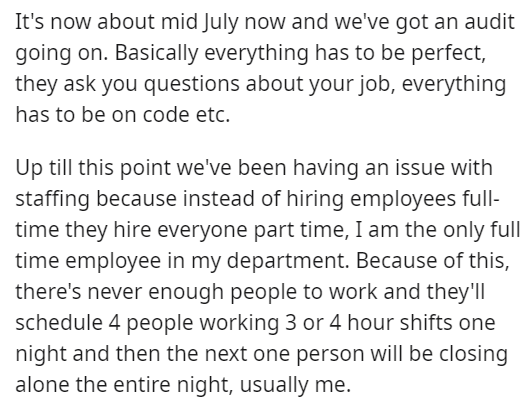 Well, everything is going well until now. Yeah, he was stressed and he had so much work without any help. Plus, because of the audit, he was more stressed. But his managers are nice until now and even agreed to send someone to help him! 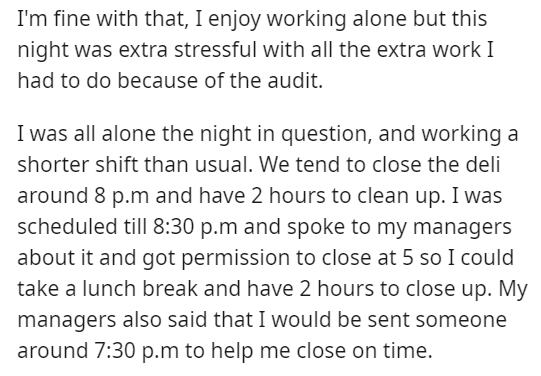 Ah, there it is! The annoying customer who makes your life absolute hell. And the horrible manager who does not make it any easier. Why don’t people understand the issues of working staff? If they’re saying the store is closed, then the store is closed ma’am! And managers are supposed to act as part of the family and support you, not stab you in the back! What does “Just stop being difficult” even mean? 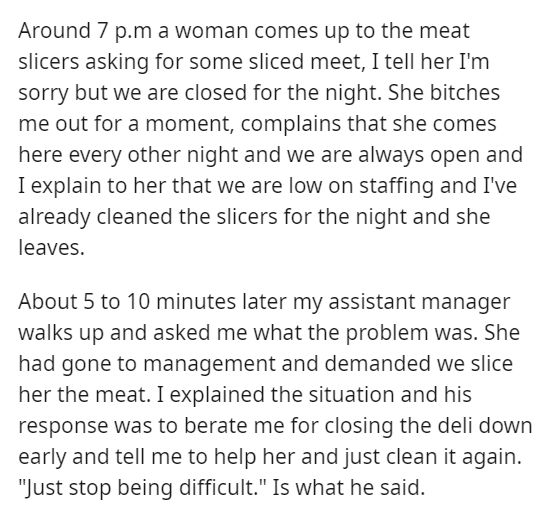 Wow, poor guy! That woman really had the audacity to create all the drama for absolutely for nothing. But moving on to the manager’s doing, we are all about to get pissed. The guy he was promised that would come for help was given some other task! What? How could they not have informed him when he was especially told he needs to leave early? 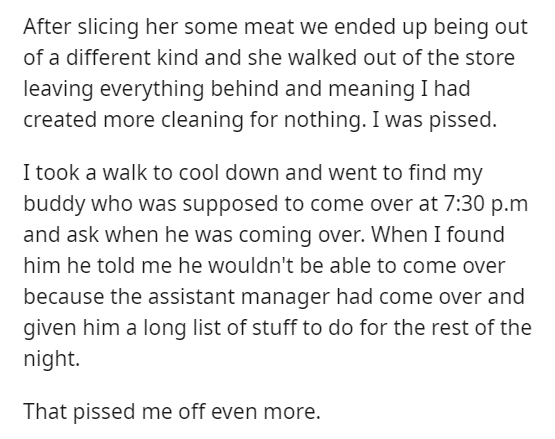 That’s all managers can do. Give you a shut-up call and ask you to stop being difficult when in actuality they are the ones making things difficult. And then threaten to fire you at every instance to keep you to cave to everything they say. But damn, this guy really hated the place and guts in him to stand for himself. He was not going to take any more of this mistreatment. 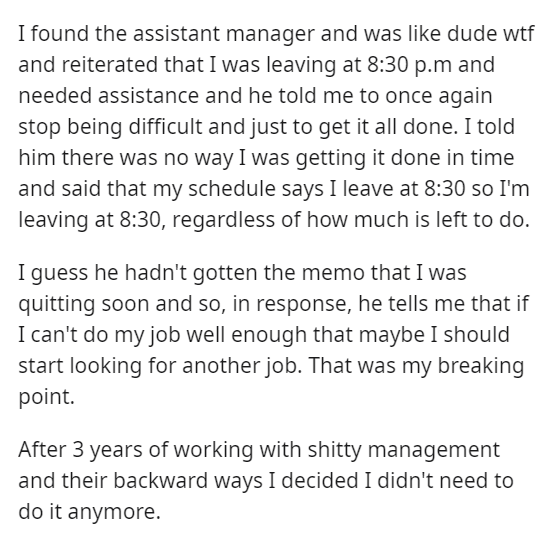 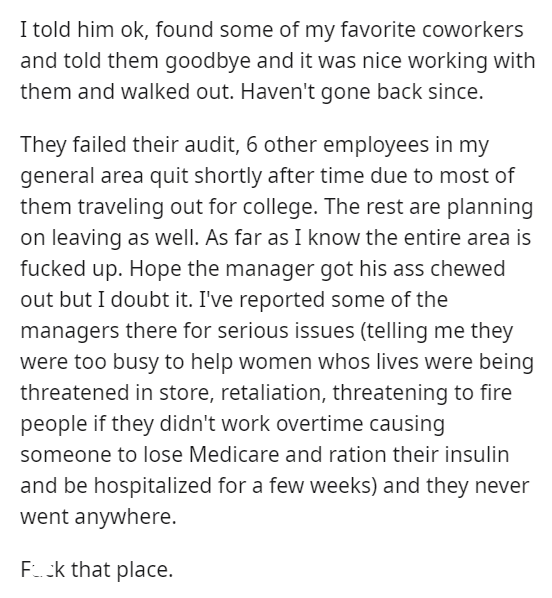 Woah, this guy literally rocks! Not only did he stood up to himself and quit, but also did it during the audit so the company actually had to face the consequences of their actions. And because of the courage he showed, more employees got the chance to leave this shitty place top. This place really was shitty as the managers were not ready to help the women in trouble and expecting people to work overtime! Wow, they should get an award for being the shittiest management team ever. They even ended up some employees in the hospitals! We are just glad this guy left this place.

This serves as an example to all of us to never settle for ill-treatment at work. Have you had any such experiences? If yes, what did you do in response?